A woman has revealed her breast implants made her so ill that she feared for her life, while recalling how she would collapse a few times a week — with some of her episodes being so severe that her husband would have to check her pulse.

Kelley McConnell, a 38-year-old Reiki practitioner and barre instructor from Wrightstown, Pennsylvania, struggled with dozens of mysterious symptoms and was in an out of the hospital for 10 years after getting breast implants in 2006 at the age of 24.

Costing around $5,500, the implants brought Kelly’s breast size from a 34B to a 34D and gave her the confidence boost she was looking for. But immediately following the surgery, she began to feel unwell. 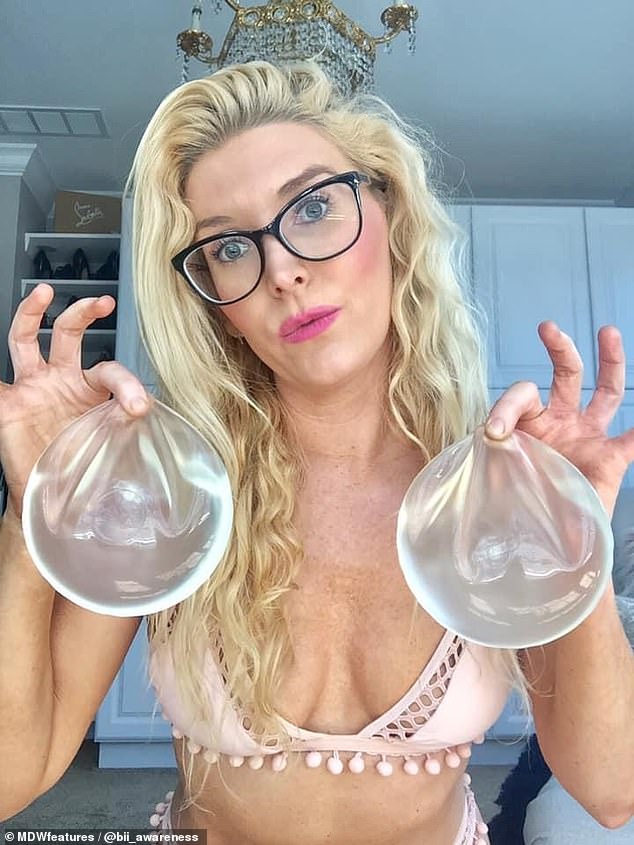 Hard to handle: Kelley McConnell, 38, from Wrightstown, Pennsylvania, struggled with breast implant illness for 10 years after undergoing breast augmentation in 2006 at the age of 24 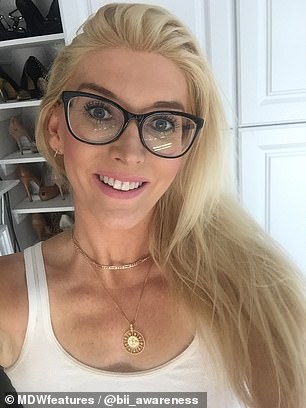 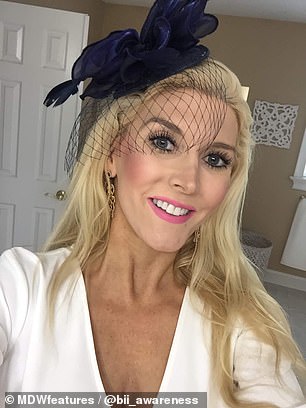 ‘I’d thought about getting implants for many years. I wanted to fill out my clothes a bit more. They gave me the confidence I was after,’ Kelley said.

‘Now that I look back, the symptoms were almost immediate. It started with chronic fatigue, bloating, inflammation, and unstable blood sugar.

‘Every year the symptoms would intensify and new ones would come along. I didn’t connect the dots though.’

Kelley’s symptoms continued to worsen and over the next 10 years, she would go on to spend $30,000 seeking medical advice to no avail. 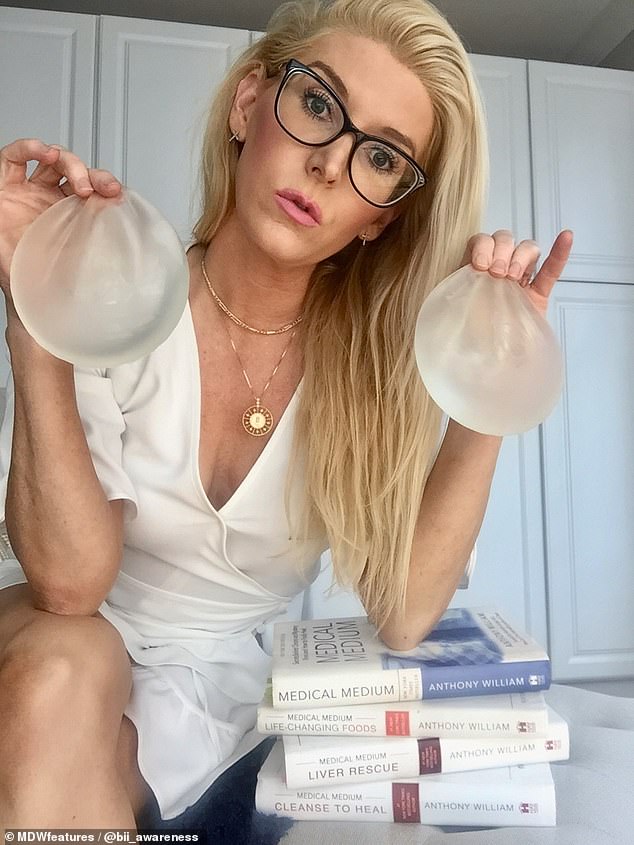 Difficult time: Kelley developed more than 30 symptoms over the course of the decade, including food intolerances, heart palpitations, and weight loss 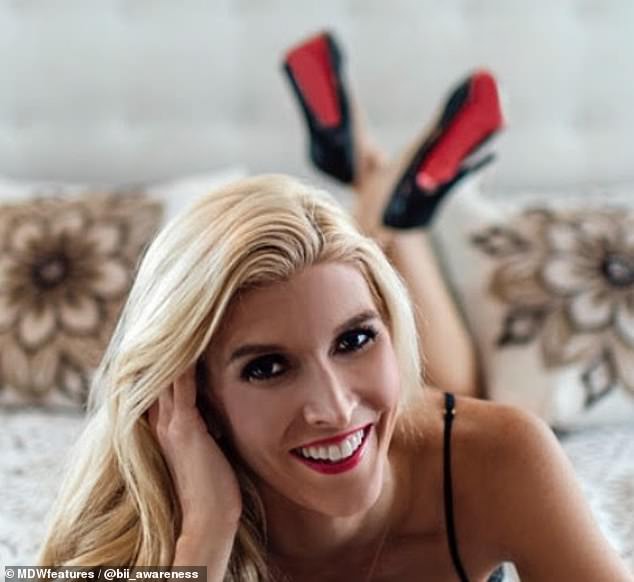 At her sickest, she weighed 105 lbs — about 15 lbs less than her usual weight.

At times, the mom felt so ill that she was certain she must be dying, but she downplayed her ailments for the sake of her children.

‘Most people had no idea I was sick because I had to be strong for my children. I didn’t want them to miss out on anything,’ she explained.

‘I also had a full-time job in advertising and I kept working until 2017. At that point, it was no longer possible. It took all my strength just to get out of bed.

‘I went to see so many specialists and doctors. I even tried the holistic route and tried massages, acupuncture, and supplements. I’d stay up all night looking for answers.’ 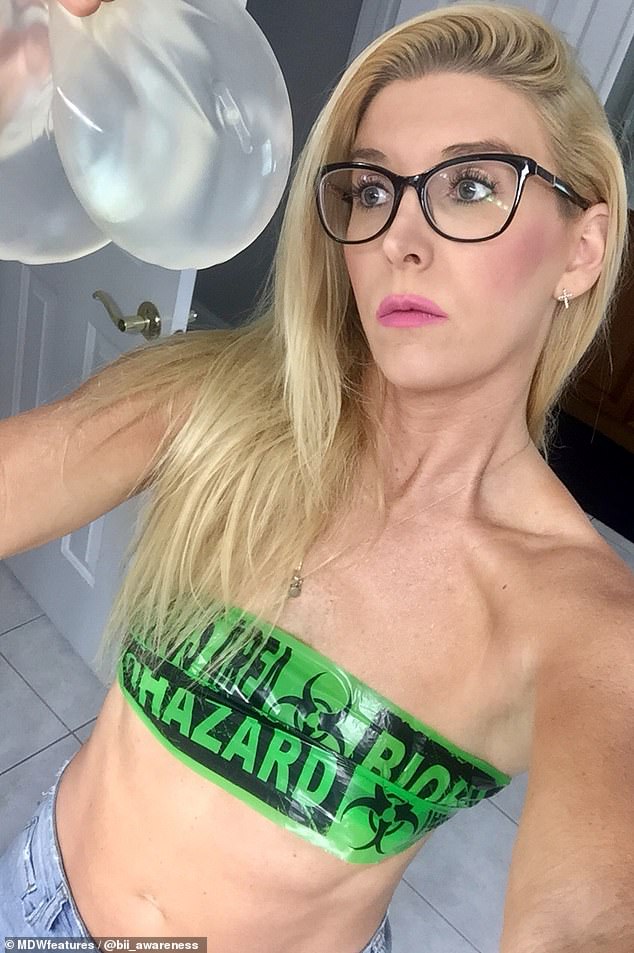 Problems: At her sickest, Kelley weighed 105 lbs — about 15 lbs less than her usual weight 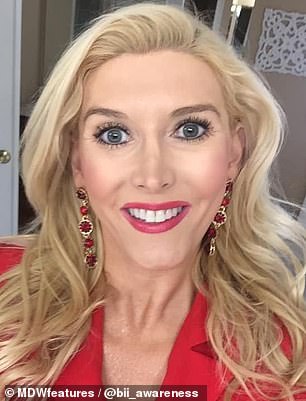 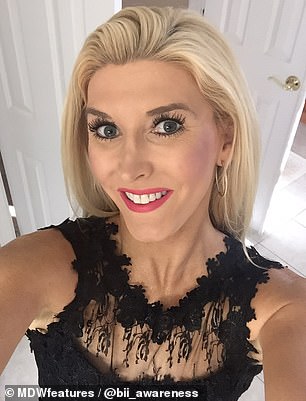 Terrifying: At times, the mom felt so ill that she was certain she must be dying. She recalled how her tremors and muscle weakness caused her to collapse a few times a week

In August 2015, Kelley was hospitalized after her tremors and muscle weakness caused her to collapse. She was tested for Multiple sclerosis (MS) — the test came back negative.

Doctors determined it was a case of dystonia, a movement disorder in which a person’s muscles contract uncontrollably

‘Despite this “diagnosis,” I spent the next three years in and out of the hospital,’ Kelley recalled. ‘I would collapse often. My husband would find me and check for a pulse. I had no idea what the cause was still.

‘On one of my sickest nights, I wrote a note to my children. I thought I was dying. I wanted them to know how much I loved them and that I fought a hard fight.’

In 2018, Kelley was notified about a radio show that discussed breast implant illness, an unofficial term that is used to refer to a number of health issues that are believed to be caused by breast implants. 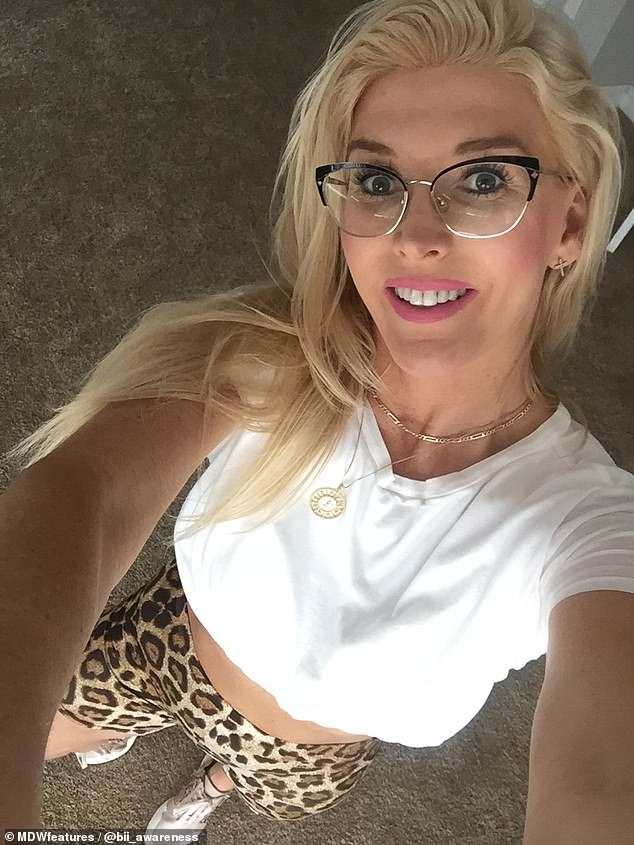 Painful memories: ‘I spent the next three years in and out of the hospital,’ Kelley recalled. ‘I would collapse often. My husband would find me and check for a pulse’ 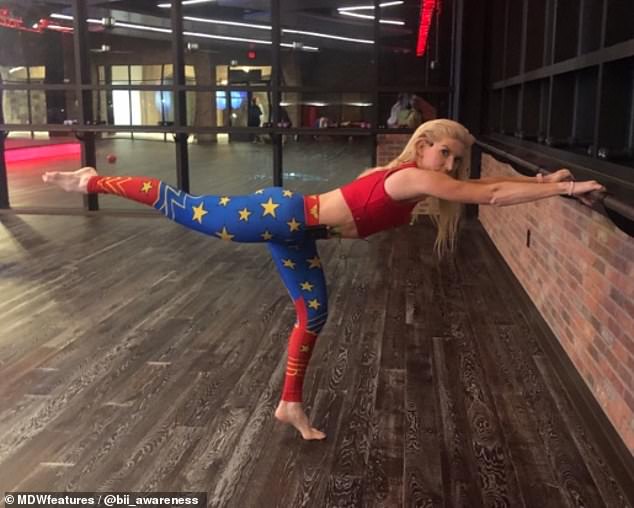 Life-changing moment: The Reiki practitioner and barre instructor learned about breast implant illness after hearing about it on a radio show

As a relatively new discovery, there is no legitimate way to diagnose the condition, and much of the evidence of breast implant illness is anecdotal.

After carrying out an online search, Kelley found a community of over 60,000 women sharing similar symptoms and immediately knew she wanted her implants removed.

In December 2018, she spent $11,000 on explant surgery, and within just a few months, almost all of her symptoms disappeared. Now, she feels it is her mission to help other women.

Kelley shared her experiences online and was immediately flooded with hundreds of messages from women with almost identical stories.

While she still suffers from some ongoing gut health issues, she feels much better than she did. 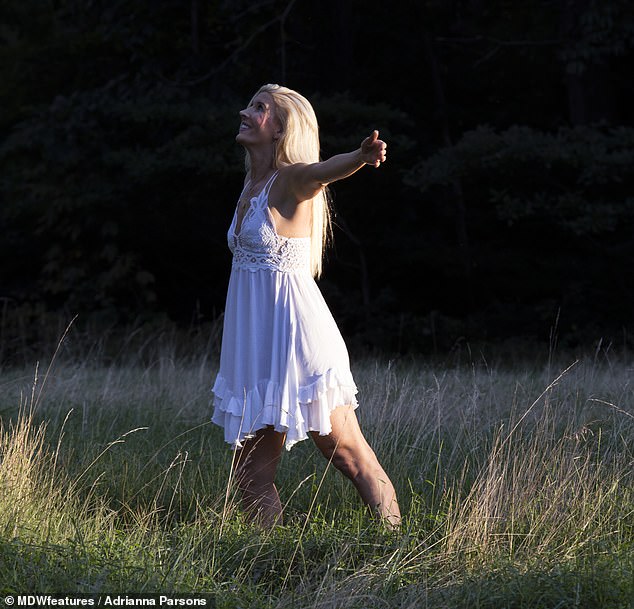 Finally free: In December 2018, she spent $11,000 on explant surgery to have her breast implants removed. Within just a few months, most of her symptoms disappeared 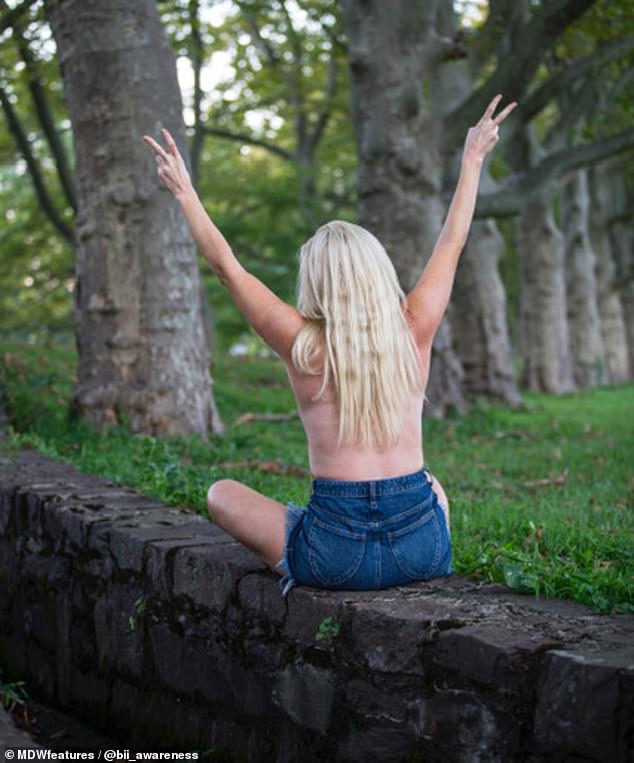 Using her voice: Kelley shared her experiences online and was immediately flooded with hundreds of messages from women with almost identical stories

‘My goal is to spread the word and inform other women of the potential risks of breast implants,’ she said.

‘I don’t want to scare anyone but some people may have implants and be experiencing these symptoms. It’s important to know what’s causing them. Likewise, it’s useful to know what to look out for.

‘The pain I went through can’t compare to the joy I feel in my soul each time I’m able to help another woman.

‘The hardest part of my journey was the guilt I felt for not allowing my children to have a healthy mom. I had to fake being well for them and it took everything out of me.

‘Taking out the implants was the easiest decision I’ve ever made. I knew I’d miss how I looked but I wanted to be healthy again.

‘I can now find purpose in the pain. I’m opening a healing center this autumn. A healer’s gift is her own wound. Once you’ve learned to heal yourself, you can heal others. I look at my journey as a gift.’