A set of $12 LED lights from Kmart is the new must-have home decor gadget shoppers are racing to get their hands on this month.

A fashion-loving fan of the store, Mary, bought four of the battery-operated light strips for her wardrobe and posted videos showing them automatically turning on when her doors are opened.

Mary said the budget product has a 13-hour battery life and turn off after 30 seconds if no motion is detected. 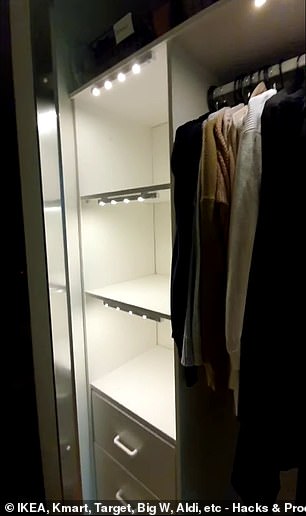 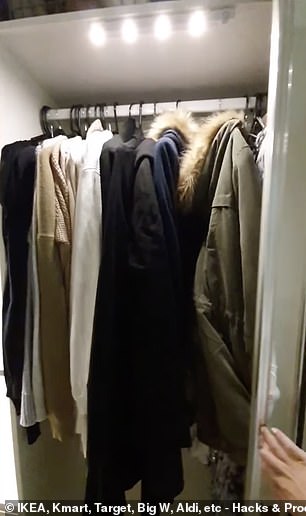 ‘So I bought these, Kmart for the win!’ Mary said and shared a video to demonstrate how the lights operate.

‘That looks so fancy!’ one woman wrote.

‘I’m going to get these for my daughter’s cubby!’ another said. 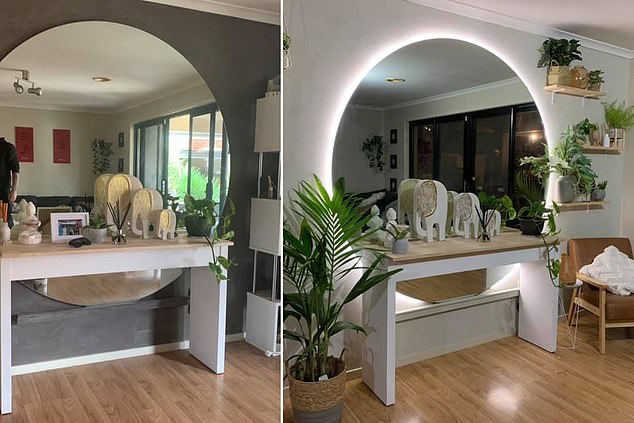 Emily said her and her husband decided to update their home by adding a few small touches.

The hardware store has multiple lights for customers to choose from both in stores and online ranging between $10 and $40.

Like Mary’s closet idea, many shoppers were also impressed with Emily’s simple but effective notion to place the lights behind the mirror.

‘This is my kinda style,’ one woman said.

Others described the new look as ‘amazing’, ‘beautiful’ and ‘fantastic’.