A woman who is struggling to come up with $7,500 to remove her breast implants has revealed how they made her so sick that she lost her job, failed her college classes, and faced eviction.

Annie Reynoso, 35, from New York City, shared her story with Cosmopolitan, explaining that she was 32 when she went under the knife in the Dominican Republic to get $4,500 implants that took her from a C-cup to a D-cup.

She had originally saved up for a tummy tuck, not breast implants, but was told she wasn’t a good candidate for the surgery because she had uterine fibroids. When her doctor suggested she undergo breast augmentation, instead, to give herself the physical boost she was looking for, she went for it. 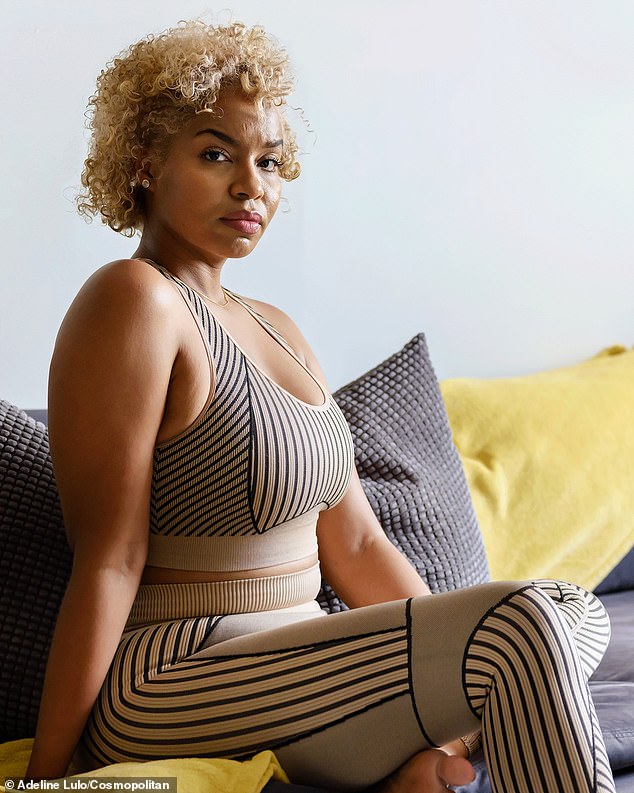 Looking back: Annie Reynoso, 35, from New York City, went from a C-cup to a D-cup when she underwent breast augmentation in the Dominican Republic three years ago 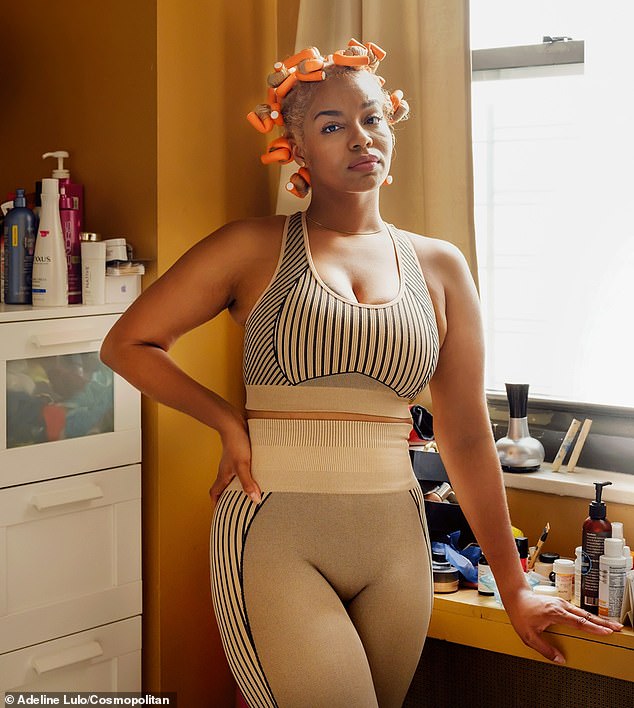 Sickness: A few years later, she developed debilitating symptoms, including crippling fatigue and dizzy spells, but she can’t afford the $7,500 it will cost to get her implants removed

For a while, her perky breasts did make her feel better about her body, but then she started developing mysterious symptoms. She battled crippling fatigue, dizzy spells, sudden shortness of breath, and night sweats that drenched her mattress.

Reynoso’s breasts swelled to a G-cup, and she suffered from a number of even more confusing ailments. She would get nausea if she ate before noon. She had pain in her chest, neck, ears, and jaw that felt like excruciating sunburn. To cope, she covered herself in Aspercreme pain-relief ointment all day long.

In 2018, she had blood tests, biopsies, MRIs, mammograms, CT scans, and more, but doctors were unable to give her a conclusive answer as to what was wrong with her.

At the time, Reynoso worked as a full-time mental health advocate while also going to school. She had good health insurance because of her job, but her co-pays and meetings with out-of-network specialists were still costing her hundreds of dollars.

Her unexplained illness eventually caused her to lose her job — and her health insurance. Trying to manage her bills without any income led her to fall $7,000 behind in rent on her apartment.

She was faced with eviction notices taped to her door, and her car was almost repossessed. She cashed out her 401(k) to try and stay afloat. 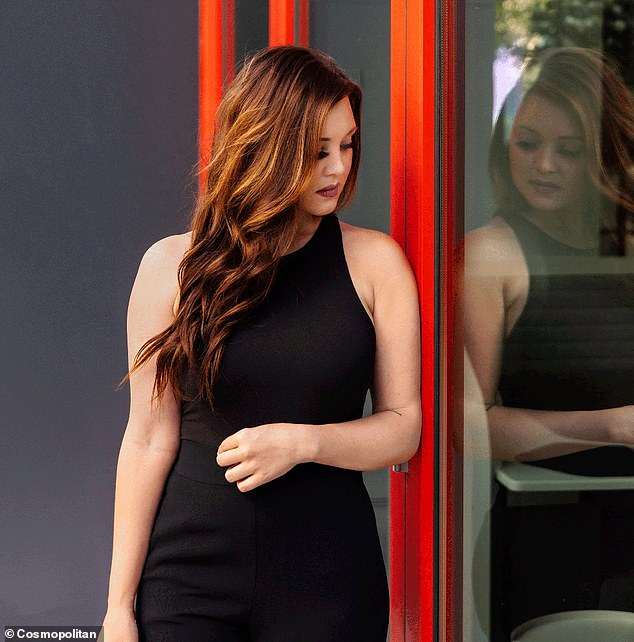 Impossible situation: Bailey Martindale, 30, is also struggling to pay for explant surgery to remove her breast implants after being diagnosed with Hashimoto’s thyroiditis

The stress that Reynoso was under affected every aspect of her life, including school. She was unable to graduate after failing four of her classes. She was unemployed, without her degree, and still didn’t know what was wrong with her.

After a friend told her that her health improved after she got her implants removed, she realized that they may be the source of her health problems.

According to a rheumatologist she had met with, her implants may have led her to develop Sjögren’s syndrome, an autoimmune disease characterized by dry eyes and dry mouth.

Reynoso knew she wanted to get her breast implants taken out, but any relief she may have felt now that she finally had a potential answer to her ailments was short-lived.

When she consulted with a doctor in New Jersey about having what is known as explant surgery, she learned the procedure would cost $7,500, and even if she did have health insurance, it most likely wouldn’t cover any of it.

Reynoso found work and started saving up for the surgery, but her plans were once again derailed when she lost her job during the coronavirus pandemic. 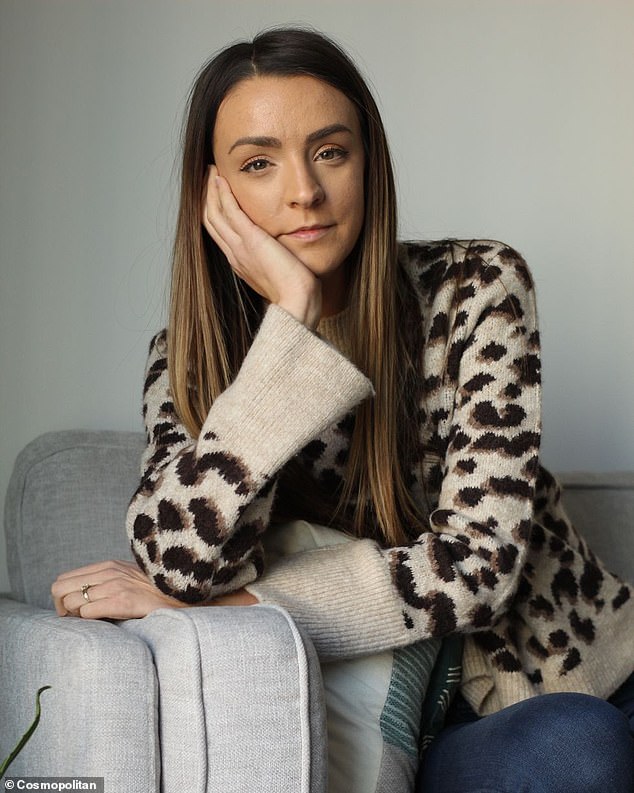 Only option: Lauren Dearman, who got breast implants when she was 20, had to dip into her savings and take out a personal loan to cover the cost of her $9,000 explant surgery 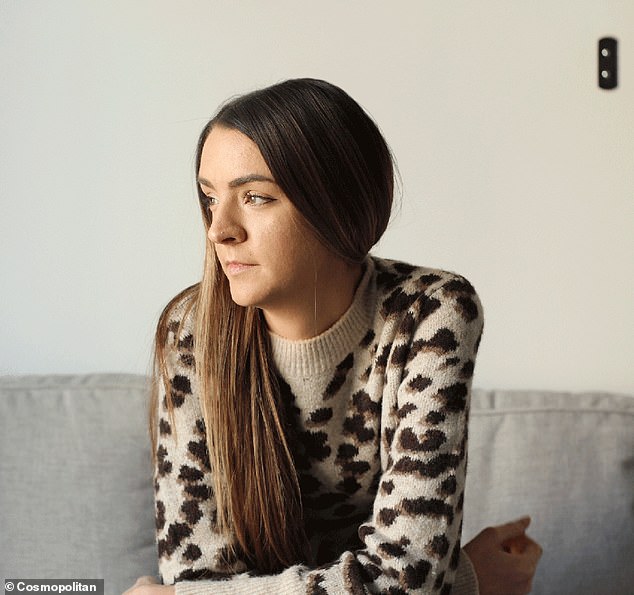 Right choice: Dearman suffered from extreme fatigue and a lack of focus, among other ailments. She said her health improved after she got her implants removed last November

Her story isn’t unique; according to Cosmopolitan, insurance companies typically don’t cover explant surgery, even if the person is sick.

There’s not even an official medical term for the worrisome health symptoms that are believed to be caused by implants. It has been dubbed ‘breast implant illness,’ but doctors rarely warn patients about it because many don’t even think it exists.

Much of the evidence of is anecdotal, with women like Reynoso sharing their stories online and in Facebook support groups.

However, a 2018 study published in the International Journal of Epidemiology found that women with silicone breast implants had more than a 20 per cent increased risk of being diagnosed with an autoimmune or rheumatic disorder.

The American Society of Plastic Surgeons (ASPS) reported that nearly 34,000 women had their implants removed in 2019. The procedure costs between $7,000 and $10,000, leaving many women who are sick in an impossible situation.

Bailey Martindale, 30, told Cosmopolitan that she got breast implants to correct a genetic condition that caused her breasts to grow long and narrow.

Neither the US Food and Drug Administration (FDA) nor the NHS acknowledge a single condition called breast implant illness.

They do, however, provide long lists of potential — and publicly known — side effects of having breast implants.

Implants are not designed to last a lifetime, the FDA says, and the longer a woman has the implants in her body the higher the risk of complications occurring.

Complications occur in around one per cent of all patients and can happen at any time after the surgery.

As well as changes to the appearance and feel of the breast some potential side effects include pain, infection, swelling or irritation, swollen lymph nodes, skin rashes, or bruising.

She was diagnosed with the autoimmune disease Hashimoto’s thyroiditis six years later. Doctors advised her to remove her implants to improve her health, but the type of explant surgery she requires costs $16,000 and is not covered by insurance.

Like Reynoso, she has yet to figure out a way to pay for the pricey surgery.

She got C-cup breast implants when he was just 20 years old after her parents offered to pay for the $8,000 surgery.

Dearman’s health began to deteriorate six years later; she was plagued with fatigue, abdominal issues, and terrible chest pain that was so alarming she went to the ER.

She had difficulty focusing and struggled to walk up the stairs to her third-floor apartment. She learned about breast implant illness in a Facebook group filled with a number of women who shared stories just like her own.

A surgeon in Chicago confirmed that her implants couldn’t be causing her symptoms, but she was left in tears after learning how expensive the explant surgery would be.

In order to pay for the procedure, she withdrew $2,500 from her savings and took out a personal loan for $6,500 to cover the remainder of the cost.

Dearman will be paying $190 a month for the loan for the next three years, but to her, it is worth it because her health has finally improved.