A woman suffering from extreme acne has revealed how she was left in floods of tears after online trolls told her that her skin was ‘beyond help’.

Jessica Mackensie, 25, from Edinburgh, Scotland, spent most of her teenage years acne-free but in the past four years her skin has taken a turn for the worse.

The yoga teacher’s acne, which is concentrated on her cheeks and causes her skin to become hot, itchy, and inflamed, reached its worst stage in June of this year as she struggled to even sleep on one side of her face.

After sharing snaps online, Jessica was left devastated by cruel comments before she discovered the skin positivity community and rebuilt her confidence enough to share her own painful experiences with the condition. 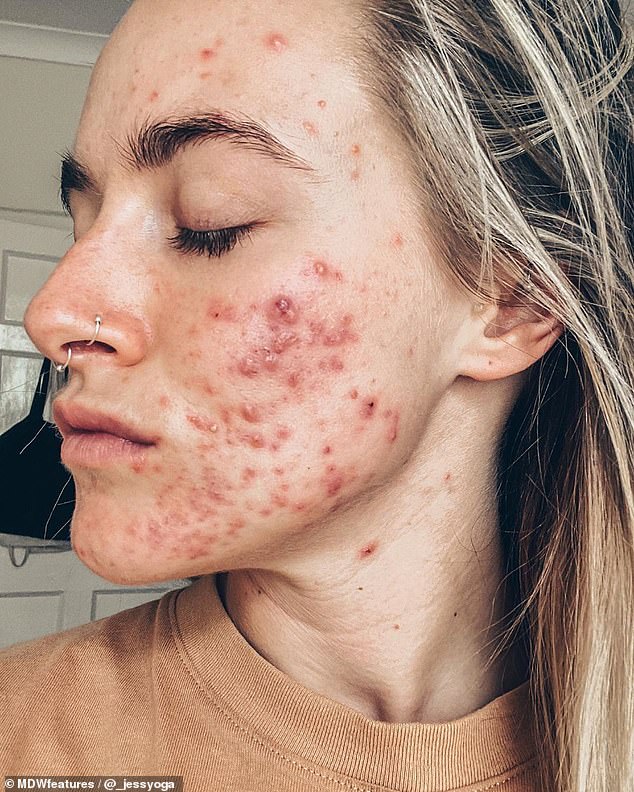 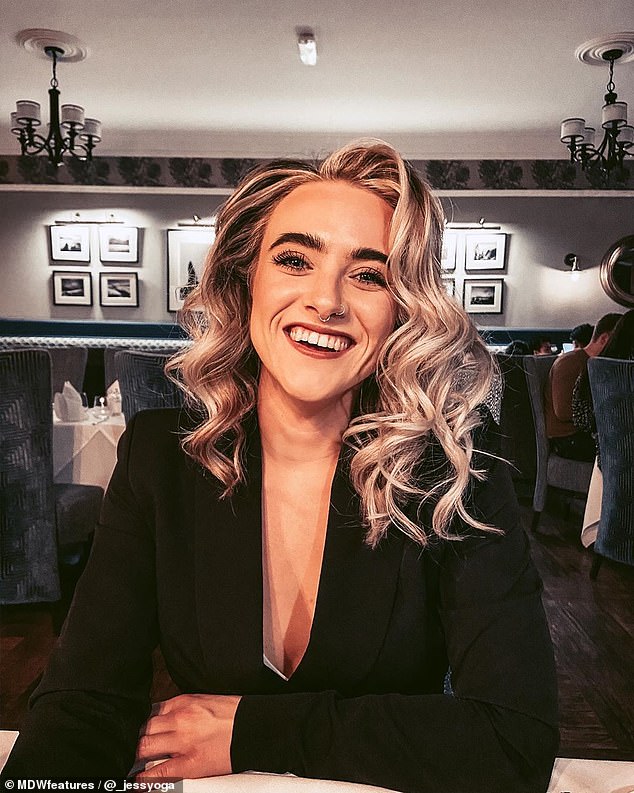 The cysts – which are both achy and painful – mean that Jessica struggles to hold a phone to her face or sleep on her side and uses ice packs most nights to treat the inflammation.

When she first started to develop issues with her skin, she became very anxious about the sudden change in her appearance. 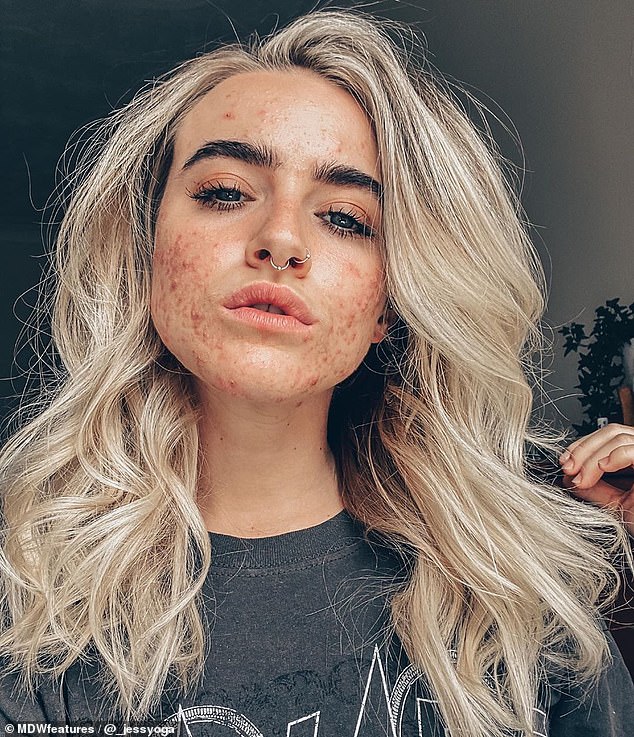 Since developing her painful skin issues, Jessica has found safety on social media within the skin positivity community and she now feels confident enough to share pictures of the often painful experiences 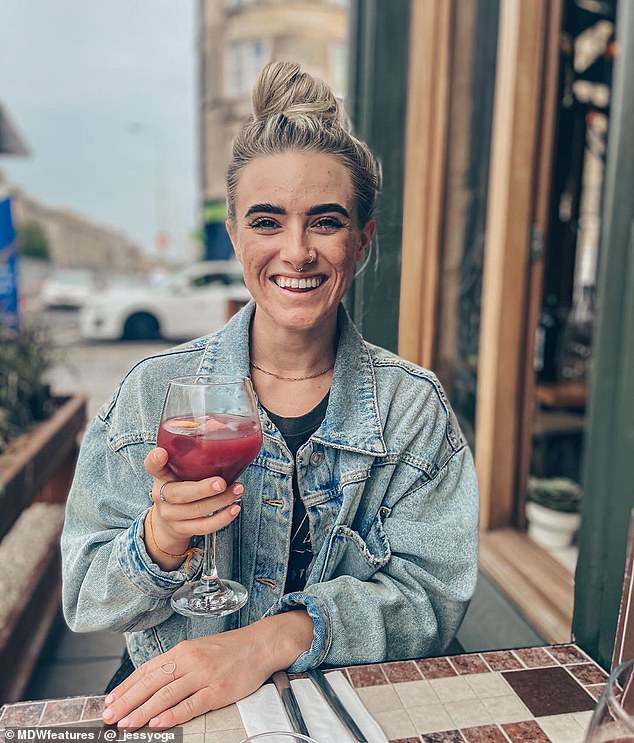 The 25-year-old’s skin at times can be so painful she struggles to sleep or hold a phone to her sore, red cheeks

‘I’ve spent hundreds on skincare brands. Last year I got skin peels quite regularly which did really help my skin settle but at sixty-five-pounds a treatment every two weeks, it wasn’t feasible long term.’

Acne is a common skin condition that affects most people at some point.

There are 6 main types of spot caused by acne:

Meanwhile she was also bombarded with comments from online trolls, who would remark, ‘that is unhealthy skin,’ and ‘your skin is beyond help,’ leaving her in floods of tears.

But after seeing a picture of a model with acne, Jessica decided to celebrate her own skin and began posting on social media some of the harsh realities she faces as an acne-sufferer.

She said: ‘Seeing that model with acne sparked a sudden interest in promoting real skin which is when I took to Instagram.

‘I scrolled for hours with goose bumps in shock at how big and beautiful the community is – I had no idea.’

The biggest revelation in Jessica’s skincare journey though was the discovery of the skin positivity community.

Through Instagram, Jessica was able to connect with others like her and whilst for years, women with acne have been pressured to hide behind thick layers of make-up, Jessica is now encouraging others to embrace their bare-skinned beauty – acne and all.

Speaking about the first time she posted a bare-faced selfie, Jessica said: ‘Make-up on top of acne can be very uncomfortable. One day, I got home from shopping and took it all off one side of my face.

‘The person staring back at me was the perfect split image of how I see myself vs. how others see me – the glam girl caked in make-up and the natural, bare face complete with spots, pigmentation, pores, and scars.

‘For the first time ever, I thoroughly thought my natural side was more beautiful so I posted the picture to Instagram.

‘I definitely hovered over the “post” button for a long time, but as soon as I sent it, I felt a wave of release.

‘It was a weight lifted off my shoulders. I didn’t have to be someone else on Instagram anymore. I could just be me.’ 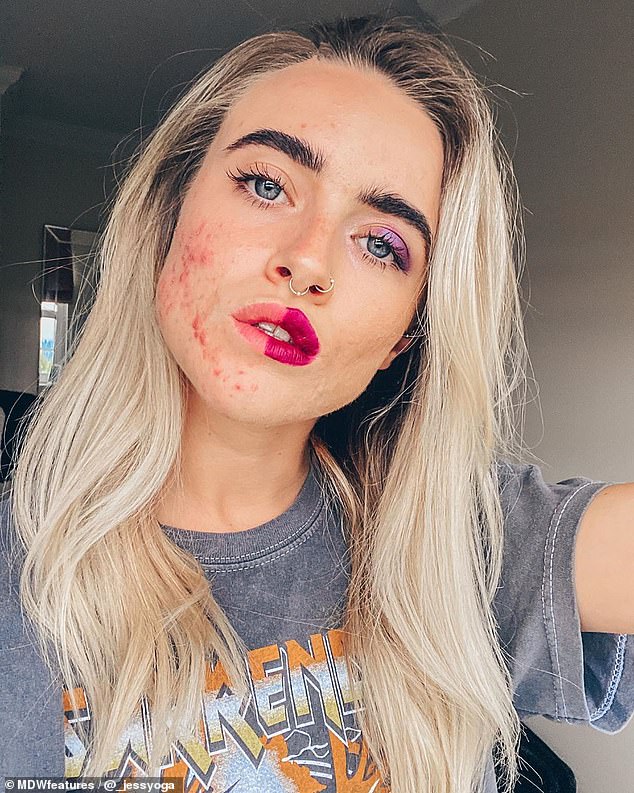 After posting her bare-faced selfie on Instagram, Jessica received an outpouring of supportive comments.

She explained: ‘People commented on my bare-faced selfie saying that I was inspiring, looked beautiful, and that my words were powerful.

‘People personally thanked me saying that they needed to see real skin on their timeline that they could relate to – something authentic. I knew at that point that that’s what Instagram lacks – authenticity.’

Meanwhile Jessica has also opted for a new treatment and is now on a course of Roaccutane – a retinoid medication – which privately costs £1,600 for a six-month course.

Roaccutane is a form of vitamin A. It reduces the amount of oil released by oil glands in your skin, and helps your skin renew itself more quickly.

Side effects are common and range from joint pain and dryness of the lips and mouth to depression and dizziness.

Critics of the powerful drug claim doctors ignore its possible side effects, which have been linked to debilitating depression, bowel disease, impotence – and even suicide.

Roaccutane’s manufacturer, the Swiss pharmaceutical giant Roche, has faced thousands of lawsuits in the US.

Developed as a chemotherapy drug, it has proved effective in clearing up acne, however a quick internet search reveals concerns about Roaccutane.

In April 2010, 18-year-old Melissa Martin-Hughes, from Cheltenham, hanged herself after spiralling into depression. She had been taking Roaccutane.

Two-and-a-half years earlier, Angela Lee, 28, stepped in front of a train in Ilford, East London, having left a suicide note claiming Roaccutane had made her feel physically aged. And as far back as 1997, Seamus Todd, son of the late screen star Richard Todd, killed himself after taking the drug.

She revealed how one of the things she finds most challenging is when people give her ‘unsolicited advice’.

Jessica said: ‘By giving someone advice, you’re suggesting that they have a problem they cannot handle.

‘I really try to promote self-love and acceptance so the advice can be upsetting because it suggests that I need to change.

‘Thankfully, I have really supportive friends and family. Even if I’m feeling really insecure, they’ll never let me turn down a gathering or party because of skin.’ 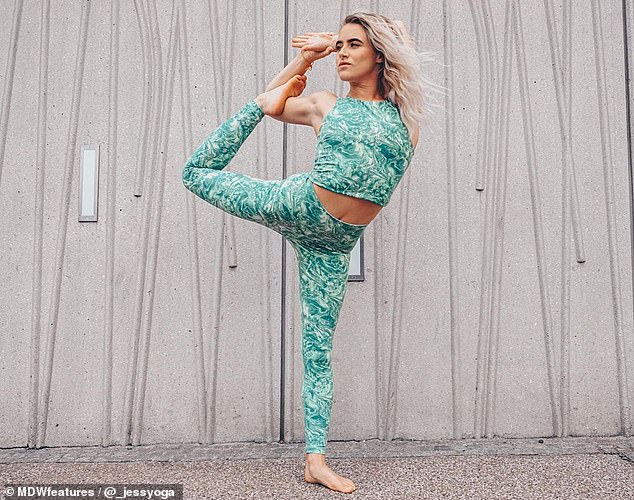 However, Jessica revealed how the journey of acceptance hasn’t always been easy.

More recently, a security guard told her that she did not need to wear a face mask – in accordance with COVID-19 guidelines – due to her ‘skin condition’.

She said the incident made her to feel shameful after having her biggest insecurity pointed out, revealing: ‘I believe he said it from a place of kindness but I had make-up on and felt pretty good that day.

‘The fact that he still noticed my biggest insecurity through that – in front of people – made me feel anxious and shameful.’ 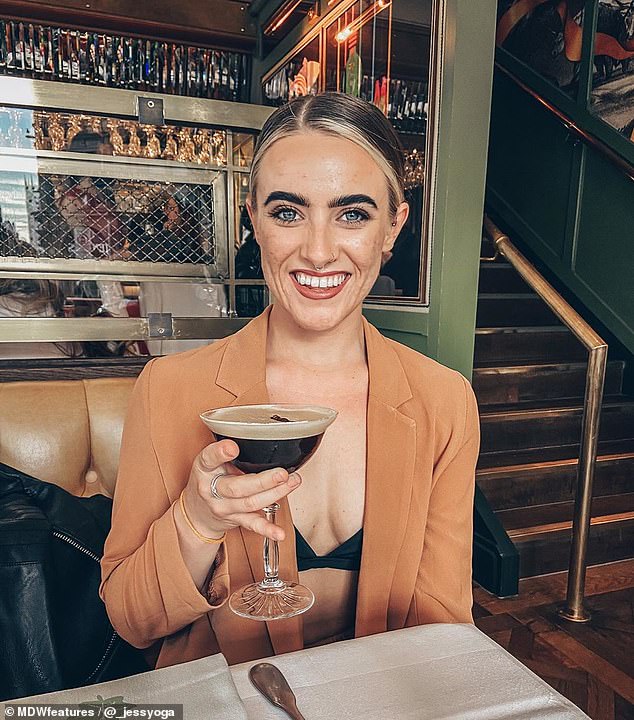 However she said she is determined to continue using her platform to make changes for the skin positivity community, explaining: ‘Living with any skin condition is challenging but you’re not alone.

‘Please confide in your friends and talk about how you feel. Find your acne community on social media.

‘Unfollow any accounts that make you feel anything less than you are and start filling your timeline with real skin. Authenticity will always be beautiful.

‘I will continue to document my journey – including my experiences with Roaccutane – posting the highs and lows as well as the before and afters. I’m always happy for people to talk and reach out.’ 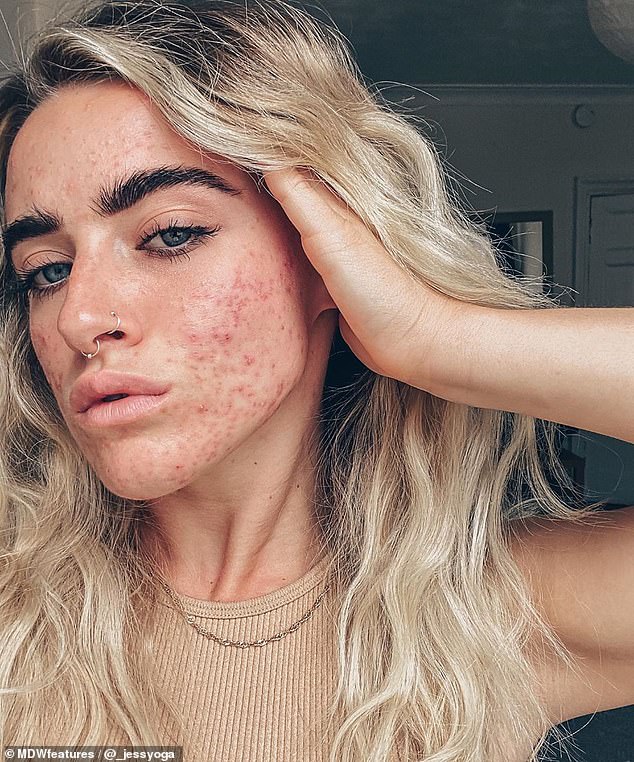 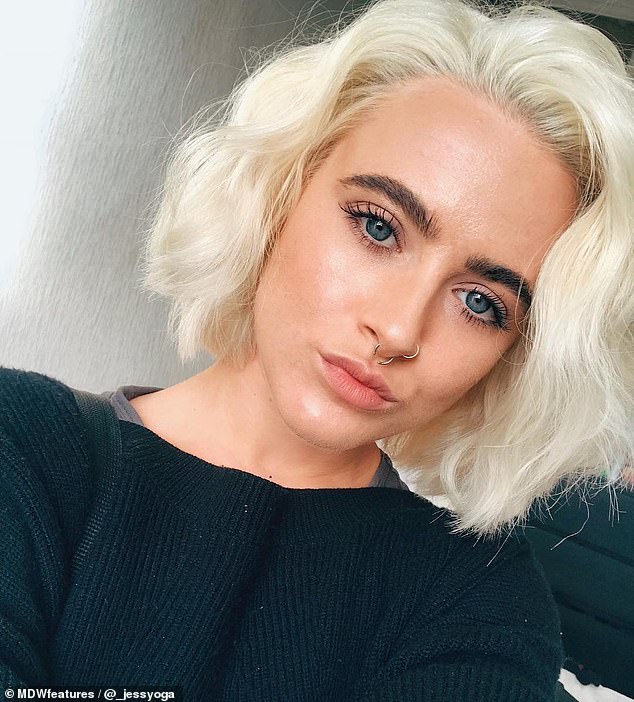 In a bid to rid reduce her painful red acne, she is now on a course of Roaccutane – a retinoid medication