A Wimbledon junior champion has hit back at the ‘avalanche of aggressive hate’ she received after sharing a topless photoshoot on Instagram.

Russian sports star Sofya Zhuk landed the girls’ singles title at the prestigious tennis event in 2015, aged 15, before a back injury forced her to quit her sporting career.

Now aged 20, Sofya is a successful model in Miami but has received backlash from fans after sharing a topless photoshoot in April.

Speaking to RT on Monday, the former tennis prodigy insisted she didn’t understand why the image, which showed her back to the camera while she covered her breasts, attracted so much negative attention. 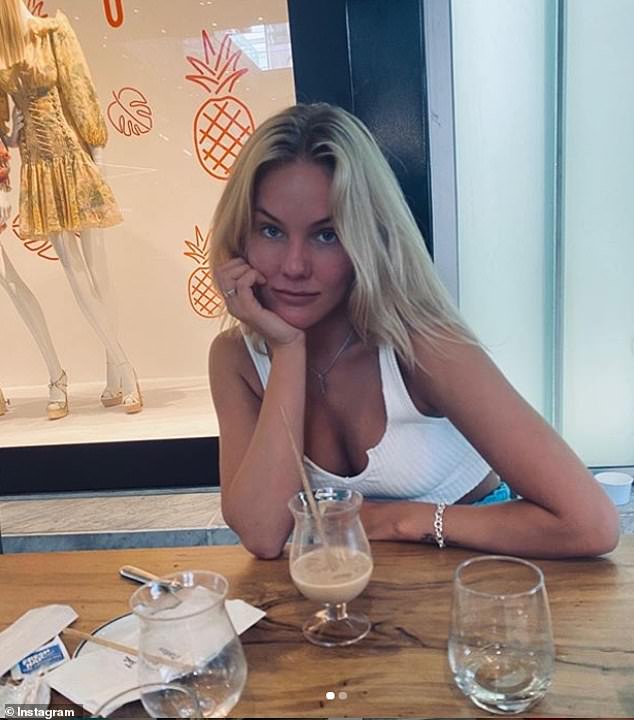 Russian Sofya Zhuk (pictured recently) landed the girls’ singles title at the prestigious tennis event in 2015, aged 15, before a back injury forced her to quit her sporting career

The professional modeling shot was liked more than 3,000 times after Sofya posted it with the caption: ‘Missing my work days.’

Recalling the constant hate she has to deal with, the model claimed that some of her 60,000 followers can’t accept she’s found a new passion outside of tennis.

‘I didn’t quite get what was the big deal,’ she said. ‘I posted a photo, so what? When I share something, I’m not trying to send any message. I’m just posting a picture that I like.

‘But when I shared that [topless] photo, I received an avalanche of messages. Normally I wouldn’t bother about them, but this [time] around they were so aggressive.

‘I just think people simply can’t accept that I’ve found myself outside tennis, that I can live happily without sport and not sinking into depression.’ 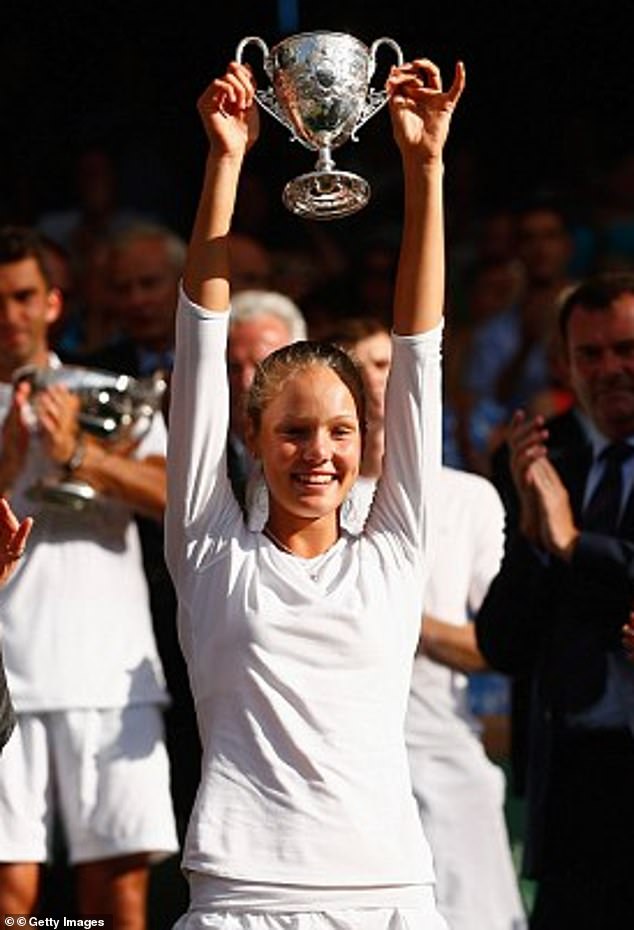 Now aged 20, Sofya (pictured after her winning Wimbledon match in 2015) is a successful model in Miami but has received backlash from fans after sharing a topless photoshoot in April

Sofya was widely regarded as one of Russia’s most promising young Tennis stars, but was forced to quit her budding career following recurring back injuries.

But the model said she now lives ‘freely and thinks about her health and future’ rather than always having to play with ‘lots of pain’.

In a lengthy Instagram post, shared in April, she said: ‘Everyday I get questions about if I stopped playing tennis and why and when or if I will be back.

‘I want to make it clear that I understand why you want to know and my answer is – I have not played for seven months now because for a few years I’ve been struggling with serious injuries and always had to play with lots of pain.

‘I loved tennis but it got to the point where I wanted to be pain free and mentally be able to live freely and think about my health and future.’ 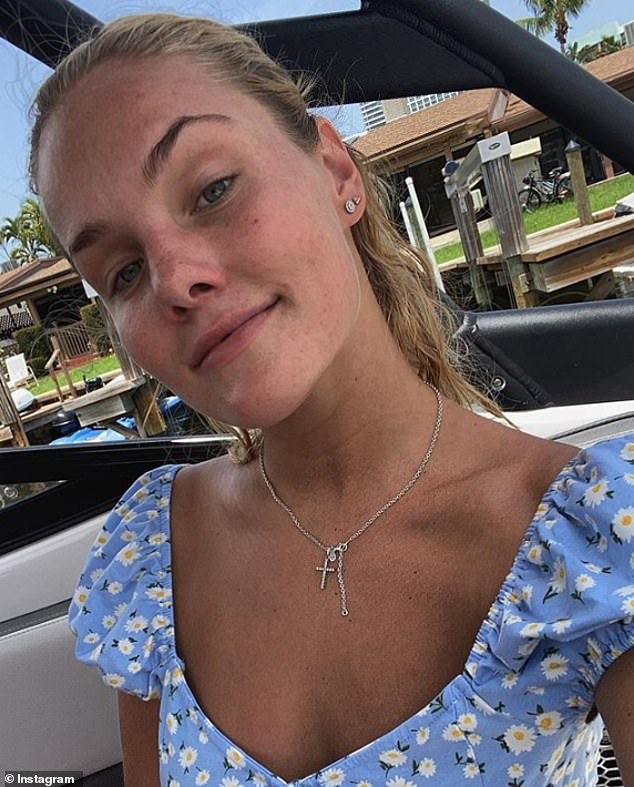 Speaking to RT on Monday, the former tennis prodigy (pictured) insisted she didn’t understand why the image, which showed her back to the camera while she covered her breasts, attracted so much negative attention

Sofya won the 2015 Wimbledon girls’ singles title at the age of 15, before making her WTA Tour singles debut at the 2016 Miami Open.

She was given a wild card into the main draw but lost in straight sets to Zhang Shuai in the first round.

The Russian ended her tennis career with a record of 3-4 before announcing she could no longer play.

Sofya isn’t the only tennis champion to recently face backlash over steamy photographs, with 2018 US Open champion Naomi Osaka, 23, being trolled after taking bikini snaps in her Florida backyard.

Hitting back at the negative reaction earlier this year, she wrote on Twitter: ‘I just wanna say it’s creeping me out how many people are commenting @ me to maintain my “innocent image” and “don’t try to be someone your not.”‘

She then proceeded to rage against anyone who thinks that they have a right to comment on another person’s wardrobe, tweeting: ‘You don’t know me, I’m 22, I wear swimsuits to the pool. Why do you feel like you can comment on what I can wear?’