A Japanese company has created a device that allows men to breastfeed their children.

The product was launched by manufacturers Dentsu and is a wearable device that resembles breasts and holds milk or formula.

The device is called the Father’s Nursing Assistant and was showcased at the SXSW festival in Austin, Texas.

It allows fathers to feed their baby similar to how mothers would, while also promoting skin-to-skin contact between fathers and their offspring. 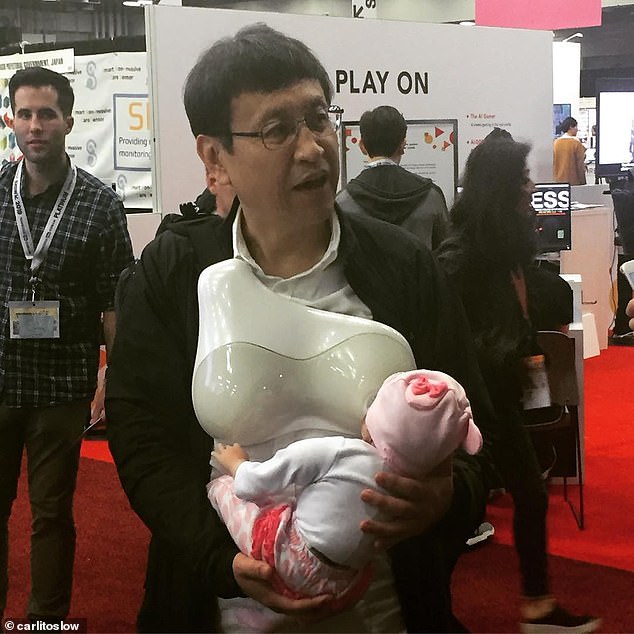 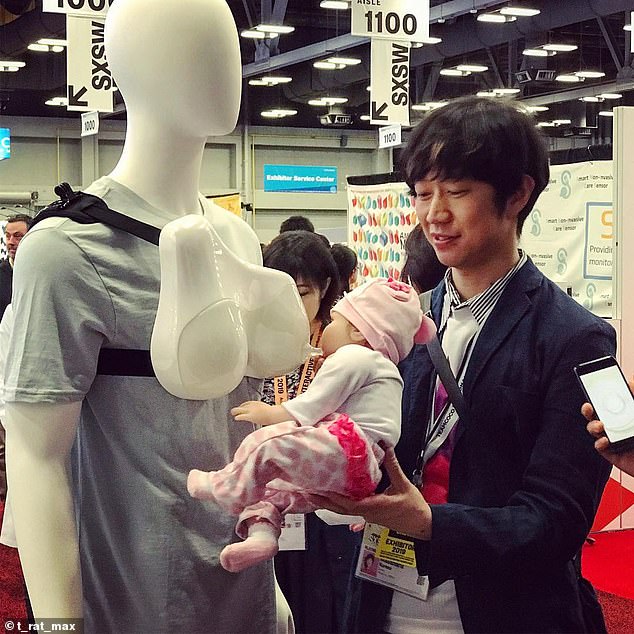 So how does the device work?

While one fake breast holds the milk, the other contains the nipple system.

The device doesn’t just feed the baby, but it also tracks data about the baby’s nursing sessions and transmits the info to the father’s smartphone.

Dentsu refers to the product as an infant breastfeeding and sleep inducement device  – meaning it has been designed to put babies to sleep.

According to Dentsu’s press release, the Father’s Nursing Assistant was created with advice from paediatricians and babysitters. 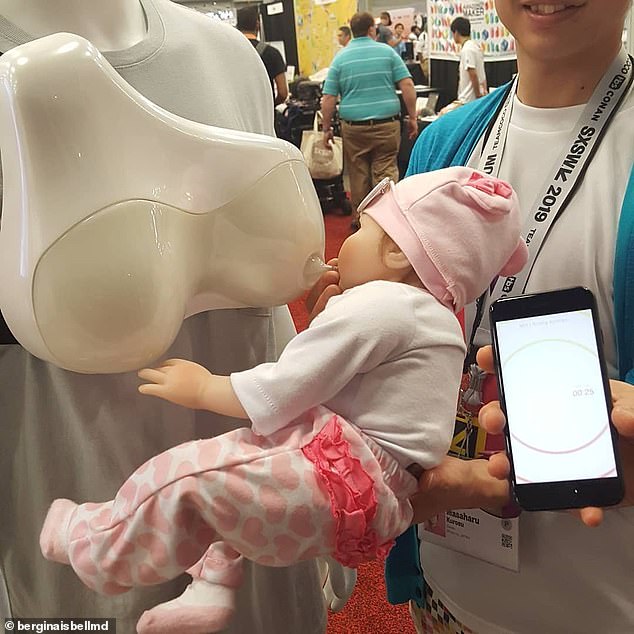 The device doesn’t just feed the baby, it also tracks data about baby’s nursing sessions and transmits the info to dad’s smart phone 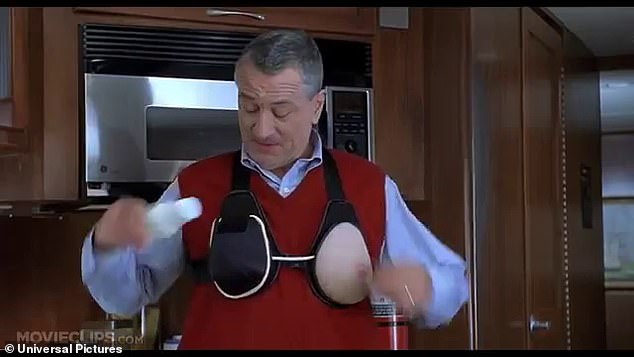 ‘Who says that babies tend to touch the breast with their hands when feeding and that the softness seems to sooth them, the product has been shaped to resemble a woman’s breasts,’ the press release reads.

‘Breastfeeding is also effective at helping the parent sleep — a benefit that is currently skewed toward women.

Although the product isn’t for sale yet the company hopes it will reduce parental stress.