It’s easy to make a spelling mistake when you’re sending a message in a rush.

But sometimes a word is written so far from its correct spelling that it takes on a whole new meaning.

BoredPanda has complied a hilarious gallery of mistakes by people from around the world,  who really need to employ spellcheck or invest in a dictionary.

The screenshots, taken from text and Twitter threads, come from the subreddit Bone Apple Tea (which comes from the French Bon Appetite).

They include one person who mixed up ‘pics’ and ‘pigs’ and another who thought ‘in some ear’ was the correct way to spell insomnia. 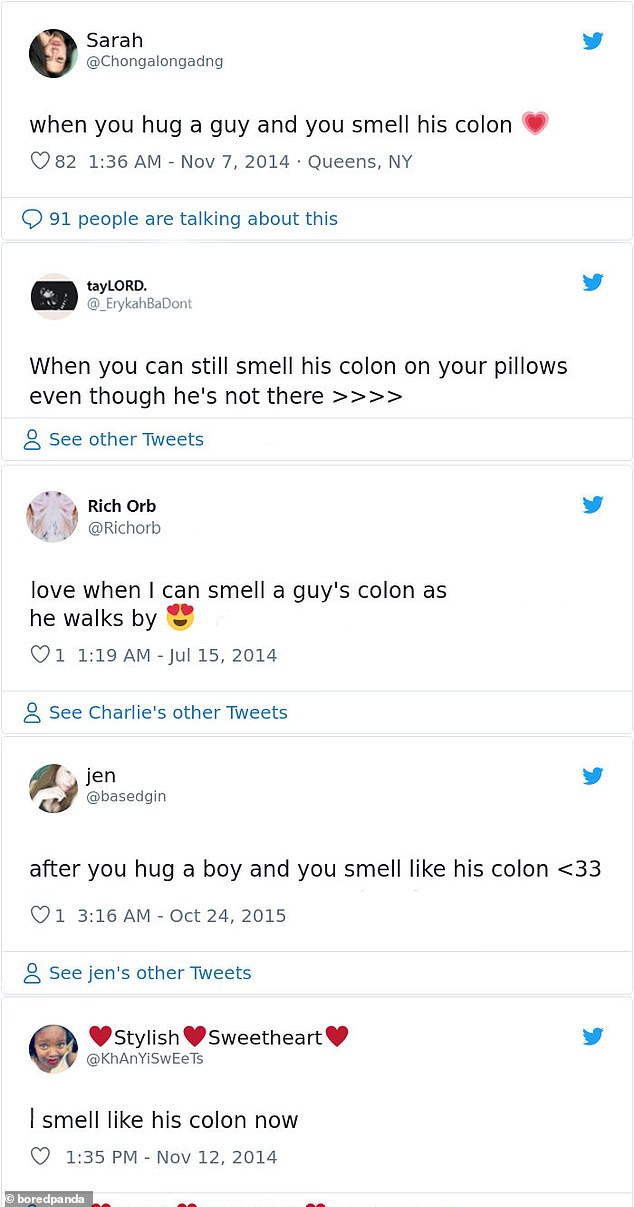 One Twitter thread, started by a New Yorker, showed a group of young women who got the spelling of cologne mixed up with colon 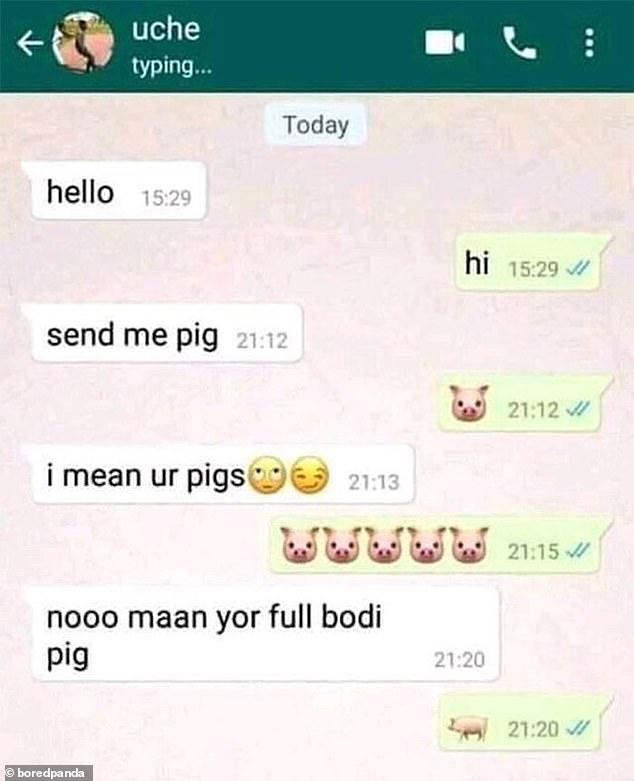 One Reddit user, believed to be in Nigeria, shared a confusion between pigs and pics 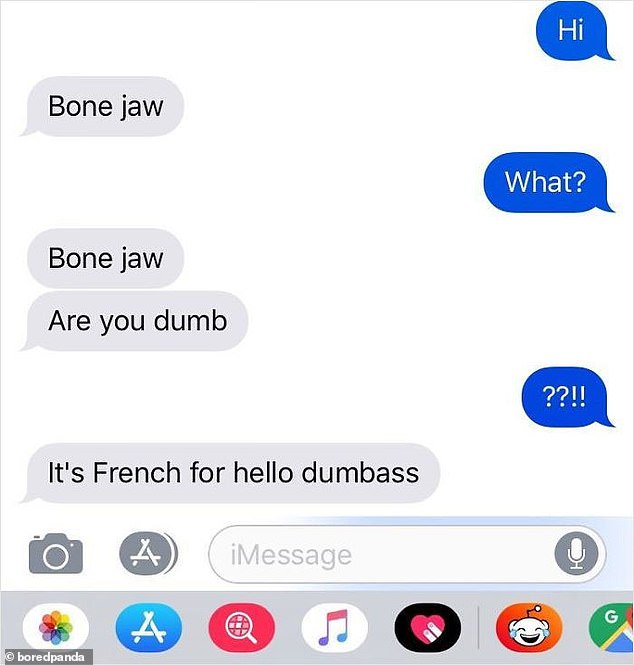 Sacre bleu! One reddit user, based in the US, was called a ‘dumba**’ by his friend for not understanding bone jaw was ‘bonjour’ 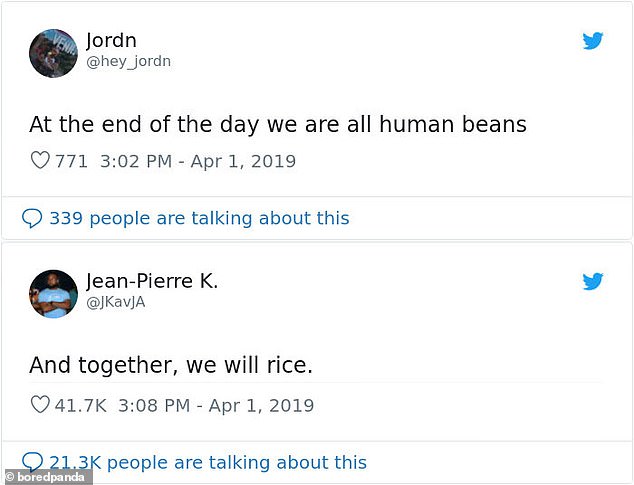 We’re all human beans! One Twitter user, based in Jamaica, poked fun at another who confused beings and beans 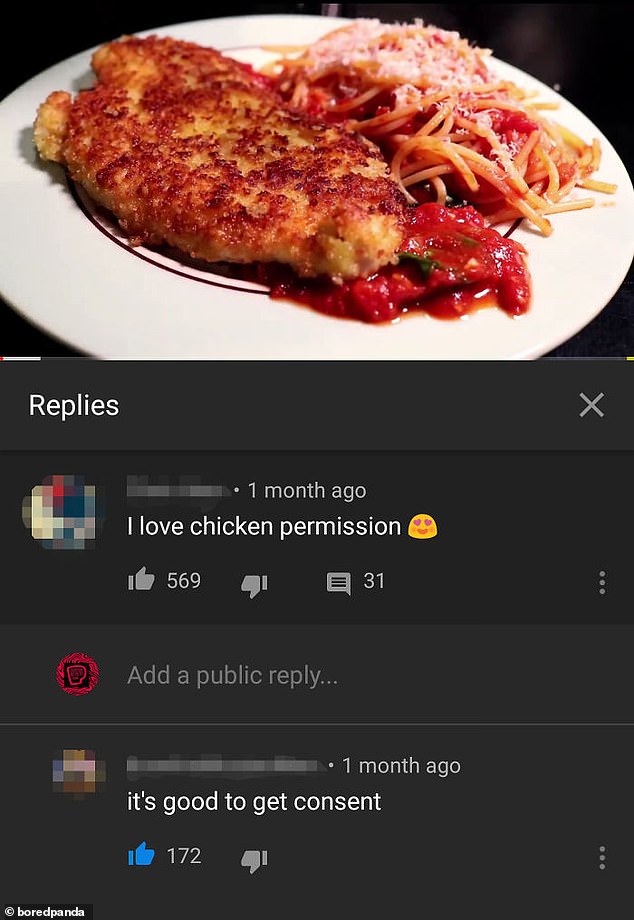 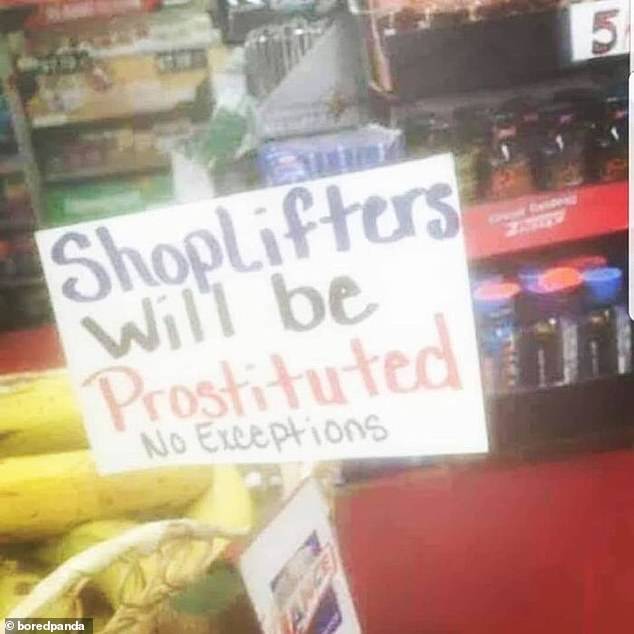 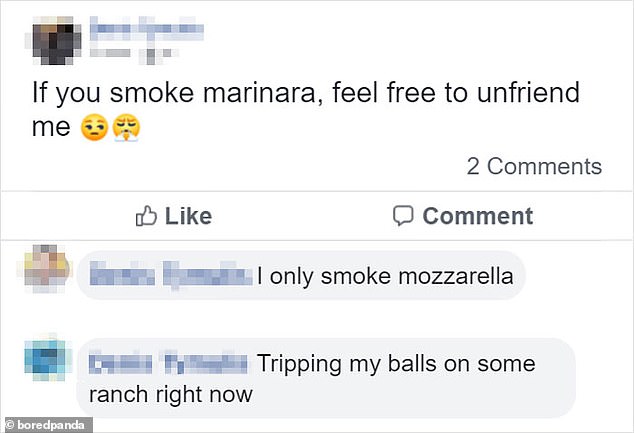 Friends poked fun at this Facebook user, believed to be based in the US,  for confusing the drug marijuana with marinara sauce 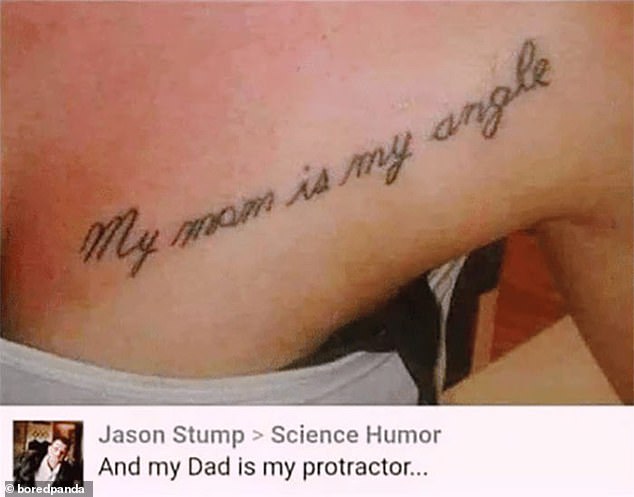 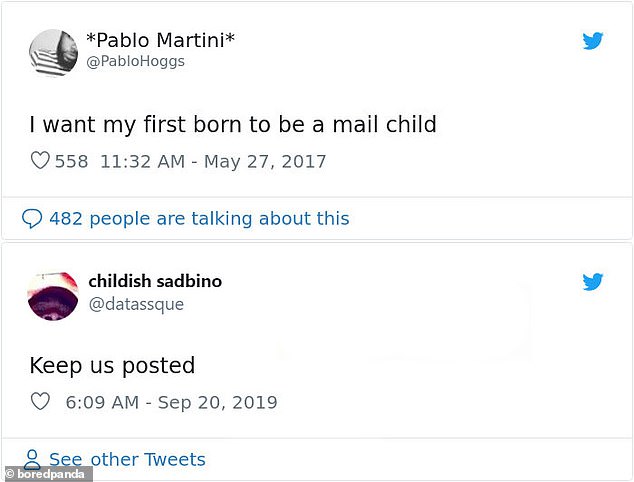 Another twitter user, believed to be from South Africa, confused ‘mail’ and ‘male’ to the amusement of his friends 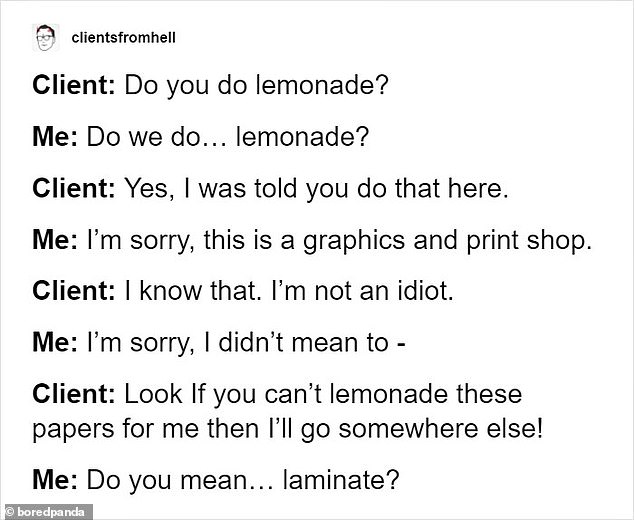 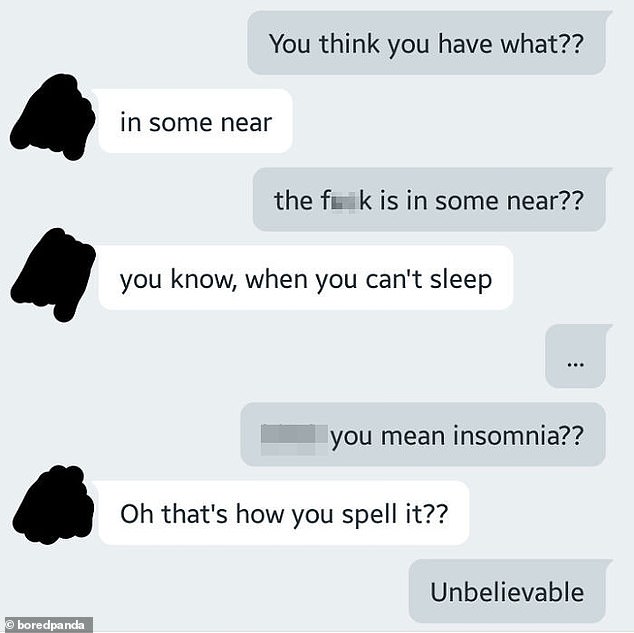 One user, from an unknown location, shared they couldn’t sleep and were suffering from ‘in some near’ 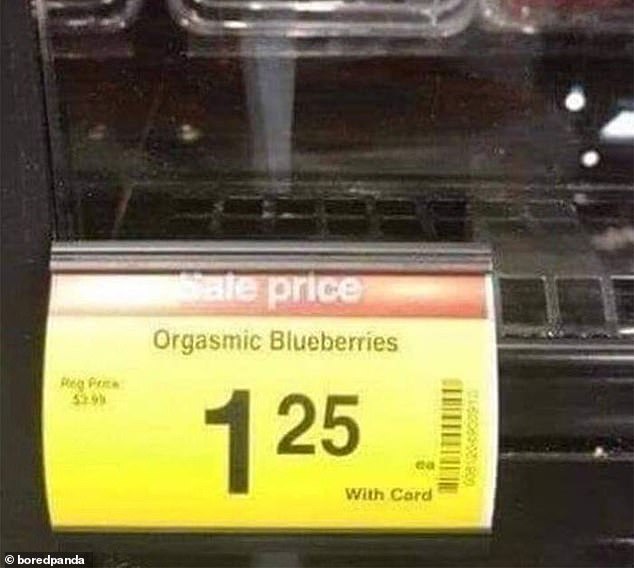 One shop, believed to be in Florida, misspelled organic and instead sold ‘orgasmic blueberries’ 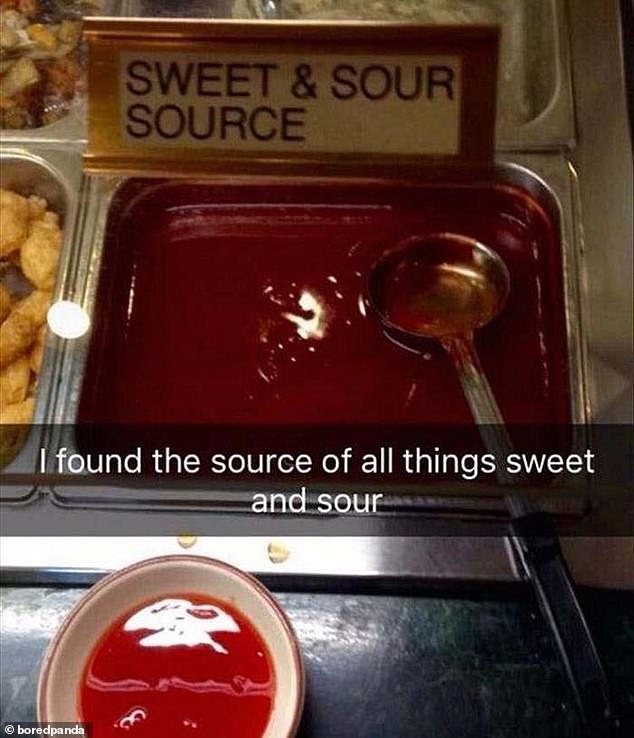