Long time viewers of University Challenge did a double take when tuning into the latest episode, after one of the contestants appeared to bear an uncanny resemblance to the show’s former host Bamber Gascoigne.

After Belgian contestant Van Soest introduced himself on Cambridge University’s Clare College team during Monday’s episode of BBC2 academic quiz, Twitter quickly sparked up with comments suggesting he was a dead ringer for Paxman’s predecessor. 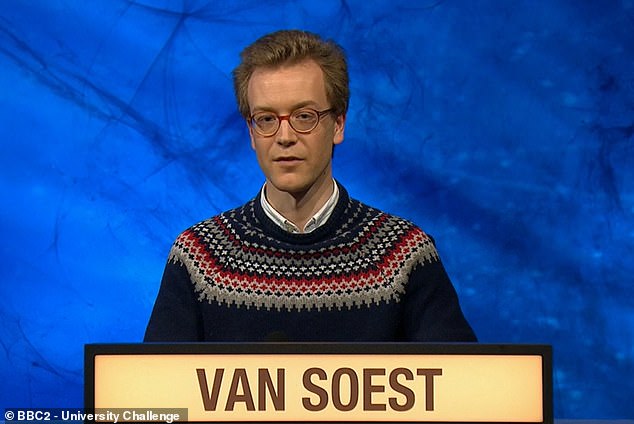 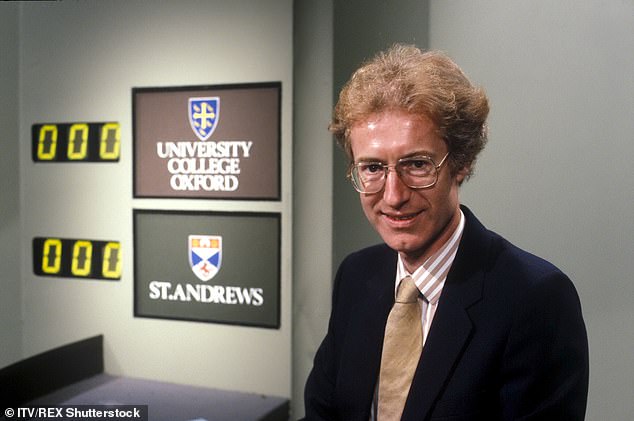 Jeremy Paxman’s predecessor, Bamber Gascoigne, presented the programme for 25 years until 1987. He was known for his smart attire, fluffy blonde hair and spectacles

The quips about the similarities between Van Soest and Gascoigne, who left the show in 1987, came thick and fast.

@iankm888 joked: ‘Great to see Bamber Gascoigne back on #UniversityChallenge’

@thebrianjenkins wrote: ‘I see a clone of Bamber Gascoigne is on #UniversityChallenge tonight.’

Van Soest wasted no time in proving his intellectual mettle either, answering host Jeremy Paxman’s first question to the teams about ‘what object is called the pale blue dot?’ He correctly answered ‘the earth’.

However, the PHD student’s efforts were largely in vain. It was a closely fought contest between Clare College and their opponents Balliol College, Oxford, who won by a whisker, beating their rivals 150 points to 135 to gain a place in the second round. 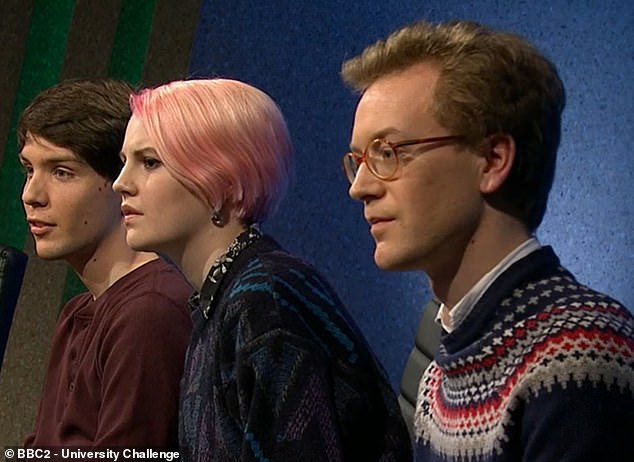 One suggested that Van Soest might even be Gascoigne’s son, such was the likeness 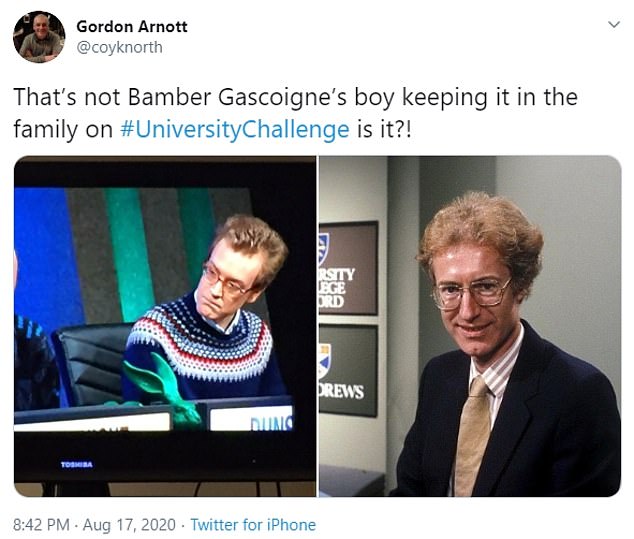 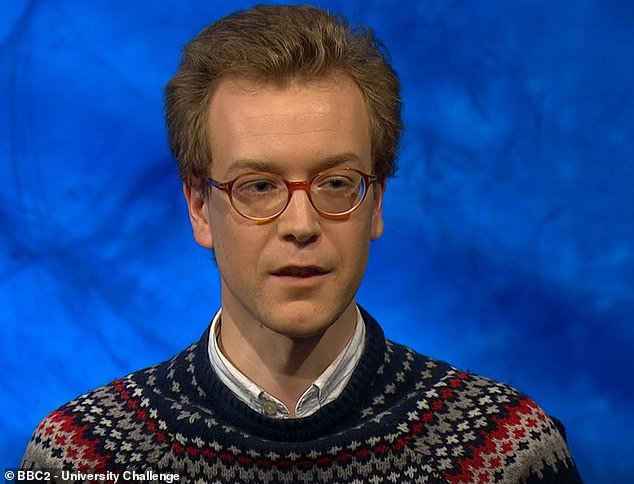 Former University Challenge host Gascoigne last hit the headlines three years ago, when he revealed he had been stunned to learn he had been left the 50-room West Horsley Place in Surrey in July 2014.

However, the sprawling Tudor mansion, near Guildford, had already fallen into a state of severe disrepair by the time it fell into his hands – and proved a nightmare to take on.

Mr Gascoigne had no inkling that he was to inherit the country pile once frequented by the likes off Henry VIII – who reportedly enjoyed a lavish 35-course banquet in one of its many halls.