A two-year-old boy has struck up an adorable friendship with a life-size skeleton after spotting the spooky decoration in his home just in time for Halloween.

Abby Brady, a mom from Salt Lake City, Utah, revealed that her son, Theo, has insisted on taking his new best friend everywhere with him since he came across the skeleton —  whom they’ve named Benny —  in their basement last month.

‘I said, “I might as well bring it upstairs,” and [Theo] refused to get in the car without the skeleton,’ Abby told Good Morning America. 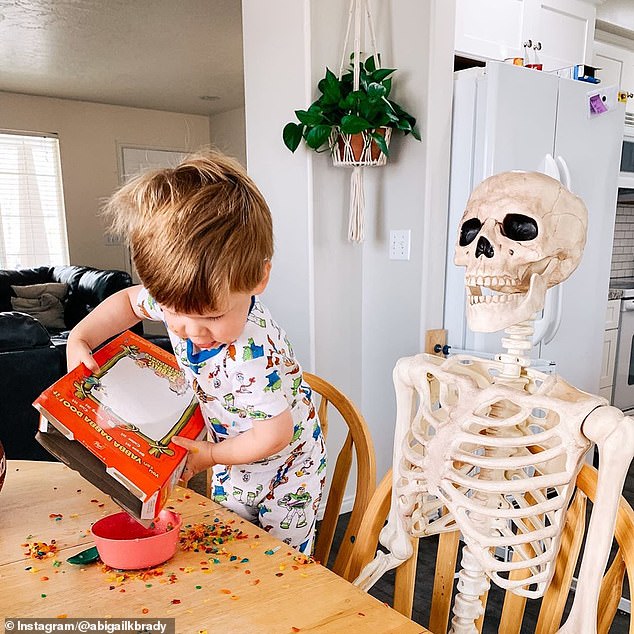 Just in time for Halloween! Two-year-old Theo Brady has struck up a sweet friendship with a life-size skeleton his family has named Benny 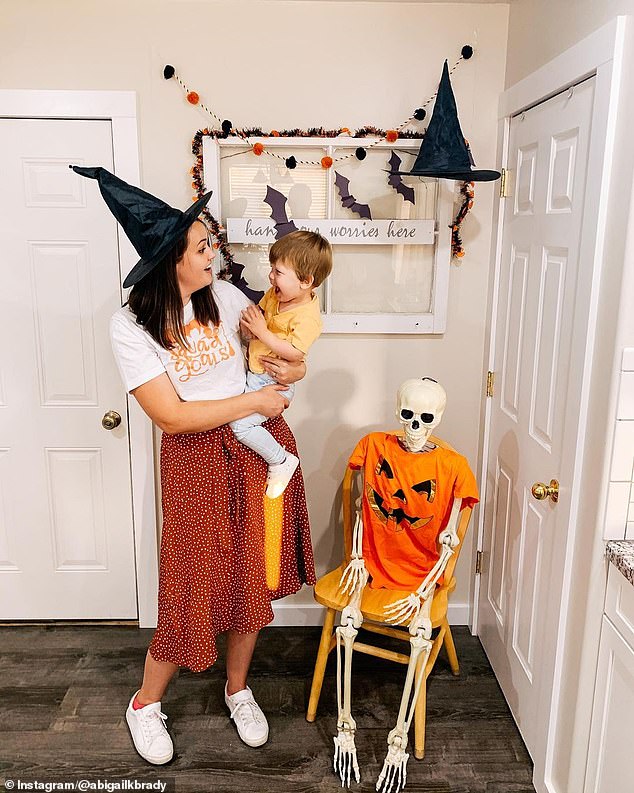 Start of it all: Theo’s mother, Abby, said he spotted the Halloween decoration in their basement last month

Instead of fighting the toddler, she decided to go with the flow.

That very day, they took Benny to a reservoir, where Theo happily played in the sand and waded in the water with him.

The little boy even pushed his boney new friend down a park slide.

Abby shared a video of their adventure on TikTok, where it has been viewed more than 2.1 million times. 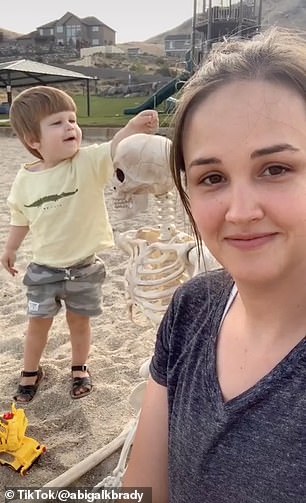 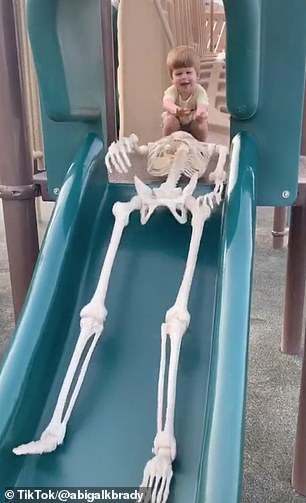 Too cute: The little boy insisted on bringing the skeleton to the reservoir with them, and Abby shared an adorable TikTok video of her son playing with his new friend

‘You’re the best mom for just letting him play with his toy no matter what others say,’ one person commented, while another wrote: ‘This… This is really the stuff we need.’

‘This has me “dead,”‘ someone else joked.

After that fateful day, Abby has continued to share updates on her son’s unlikely friendship much to the delight of her followers.

Benny goes everywhere with Theo, including car ride and trips to the grocery store. In one clip, the skeleton can be seen sitting next to the toddler in a shopping cart. 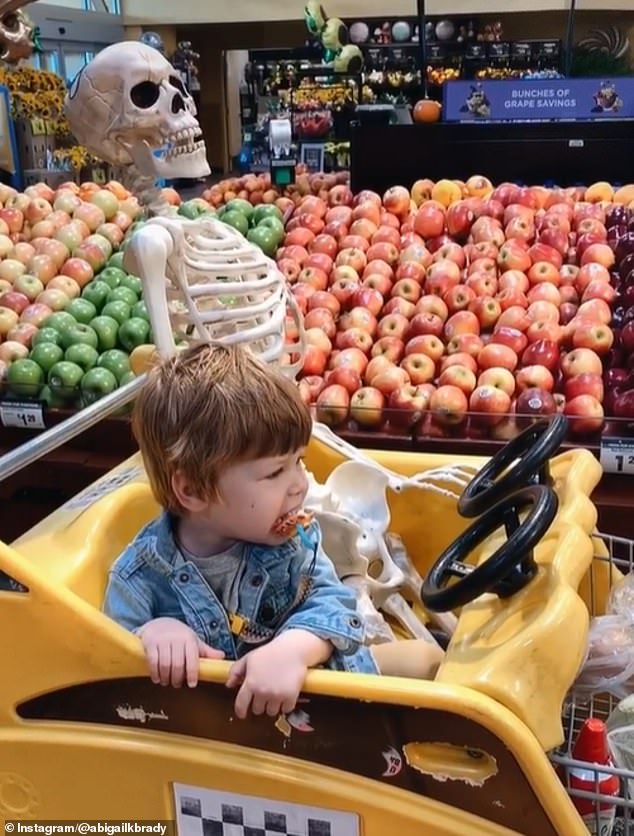 Best friend: The skeleton goes everywhere with Theo, including car ride and trips to the grocery store 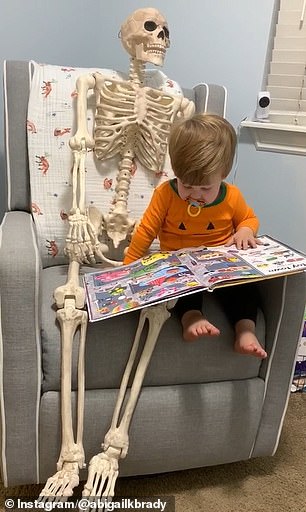 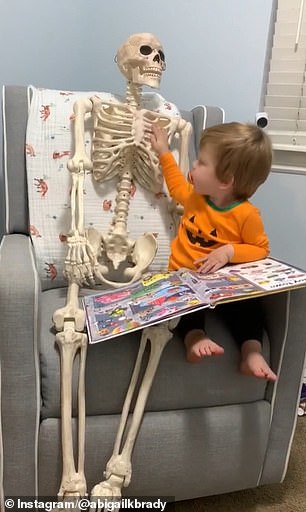 So sweet: Theo loves to read to Benny, and the skeleton sits in the toddler’s rocking chair when he sleeps at night 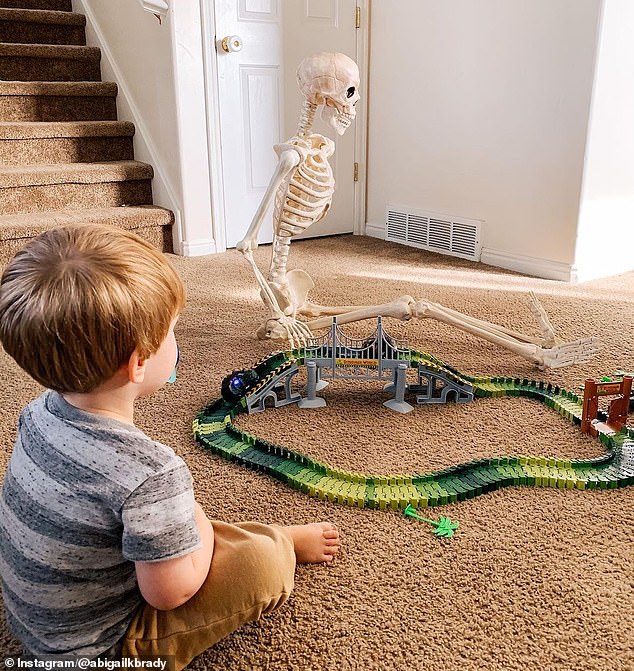 Adorable: Abby has continued to share updates on her son’s unlikely friendship much to the delight of her followers

Another precious video that was shared on Instagram shows Theo reading to Benny.

‘Theo climbed up onto the rocking chair all by himself and insisted on reading Benny a bedtime story,’ Abby explained in the caption. ‘Benny has been coming everywhere with us. He even stays in his room at night.’

The mom told GMA that Benny sits in the rocking chair in Theo’s room as he sleeps. 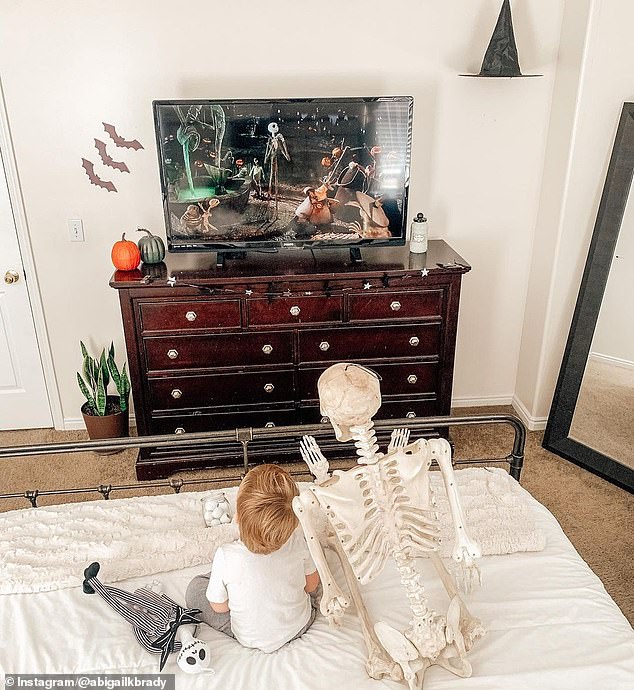 Their favorite film! The Brady family plans on dressing up as characters from the skeleton-friendly movie ‘The Nightmare Before Christmas’ for Halloween 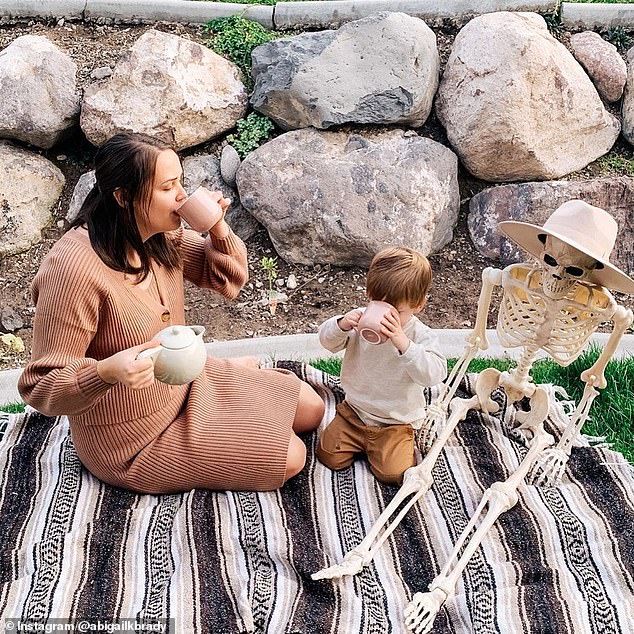 Special bond: In just a month, Benny has become a party of the family 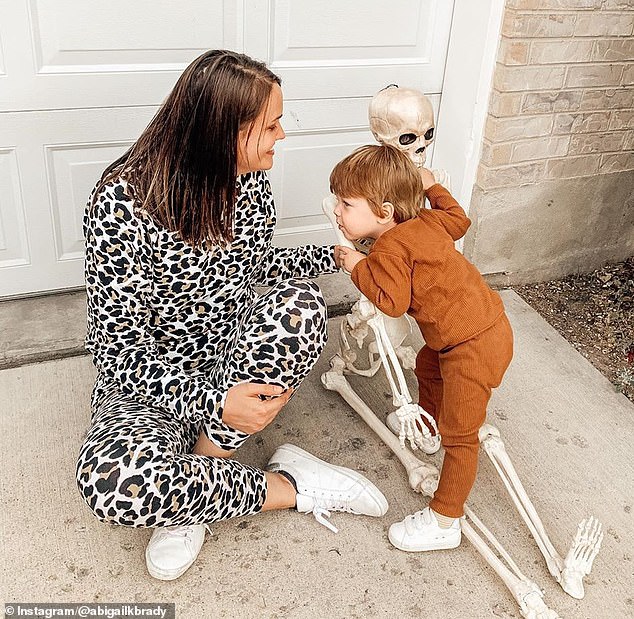 Supportive: Abby plans on keeping Benny around for as long as Theo wants him

For Halloween, the Brady family plans on dressing up as characters from the skeleton-friendly film ‘The Nightmare Before Christmas’ — which Theo and Benny have been watching on repeat this fall.

While Theo is trick-or-treating, his beloved skeleton will be pulled along in a wagon.

And, this year, Benny won’t have to worry about being dragged to the basement come November 1.

Abby told GMA that Benny can stay as long as Theo wants him around, even if their friendship makes it to Christmas.