Today show hosts Al Roker, Craig Melvin, and Sheinelle Jones have opened up about the difficult conversations they’ve had with their children about being black in America after the death of George Floyd.

Al, 65, led the conversation on Monday during the show’s third hour, sharing the discussions he has had with his son Nick, 17, about how to interact with the police if he ever gets stopped.

‘I’ve got an almost 18-year-old son, and I’ve had to have this conversation with him,’ he explained. ‘If you’re stopped by the police, you are polite, you are quiet, you just say yes, you say no, you don’t get belligerent.’ 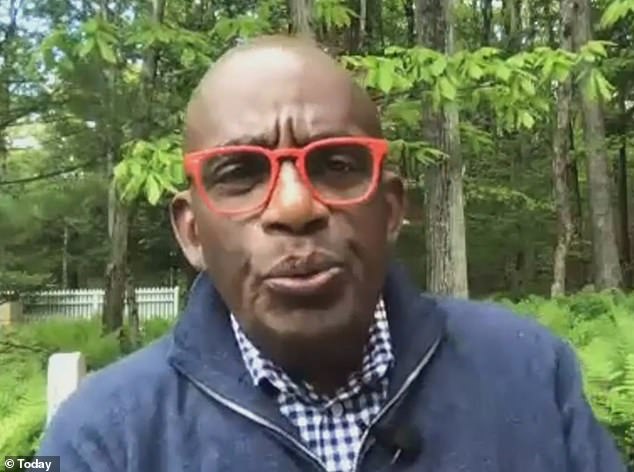 Candid: Today hosts Al Roker (pictured), Craig Melvin, and Sheinelle Jones have opened up about the difficult conversations they’ve had with their children about being black in America 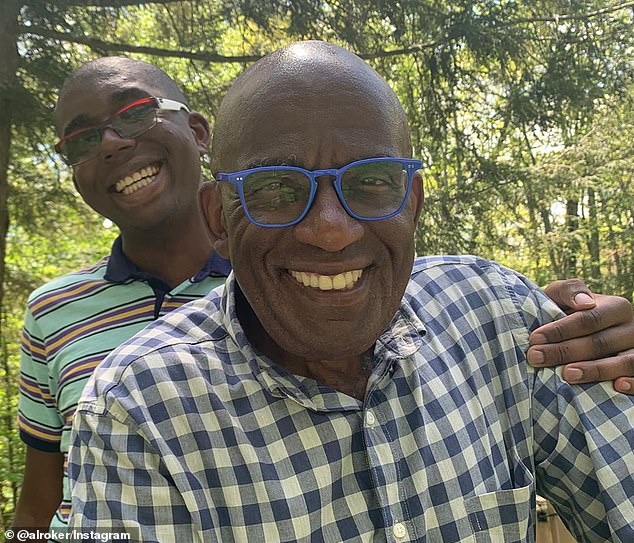 Warning: Al, 65, sharing the discussions he’s had with his son Nick, 17, about how to interact with the police. The dad has stressed that he needs to be ‘polite’ and ‘quiet’

The father also has a daughter Leila, 21, with his wife Deborah Roberts and a daughter Courtney, 33, with his ex-wife Alice Bell.

Al noted his only son is a ‘big kid’ and he is always fearful something will happen to him when he is riding the New York City subway to and from school.

‘I don’t breathe a sigh of relief until Nick walks in that door because I am afraid of what could happen,’ Al said. ‘He’s in this New York City subway system, police officer, something happens, and I think this [death of George Floyd] brought that to a head.’

Floyd, a 46-year-old unarmed black man, died in police custody in Minneapolis, Minnesota, on May 25, after being arrested for allegedly using a counterfeit $20 bill at a deli. 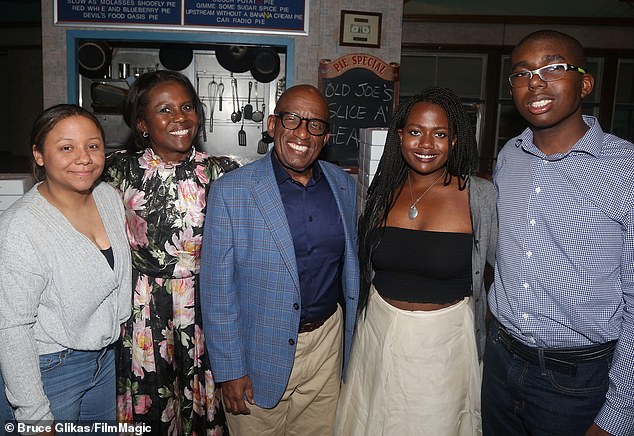 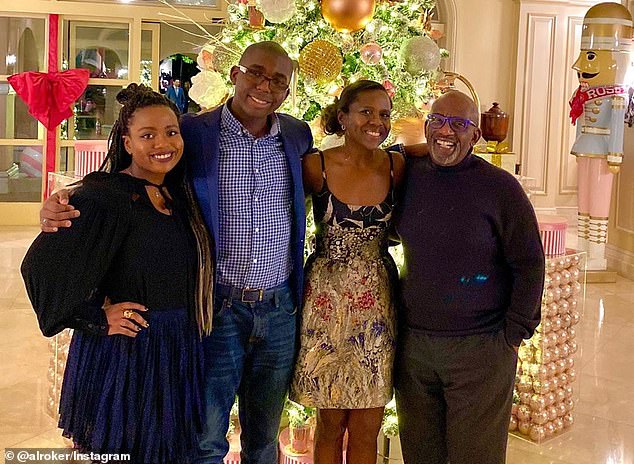 Worries: Al noted his only son is a ‘big kid’ and he is always fearful something will happen to him when he is riding the New York City subway to and from school

While he was in police custody, white officer Derek Chauvin knelt on his neck for nearly nine minutes. Floyd became unresponsive and was later pronounced dead at the hospital.

Chauvin has since been taken into police custody and charged with third-degree murder and manslaughter. Floyd’s family is calling for a first-degree murder charge to be filed against Chauvin after an independent autopsy found that he died as the result of asphyxiation from sustained pressure on his neck.

Sheinelle, who has a son Kayin, 10, and twins Clara and Uche, seven, with her husband Uche Ojeh, said her three children started asking her questions about Floyd’s death after they watched the news together as a family.

The mother-of-three said she tried to ‘insulate’ her kids by telling them there was a police officer who ‘didn’t do a good thing,’ but they weren’t satisfied with her answer.

‘They looked at me, and they’re like, “Your little mom answers are not good enough.”‘ Sheinelle said, noting that is the first time that has ever happened. 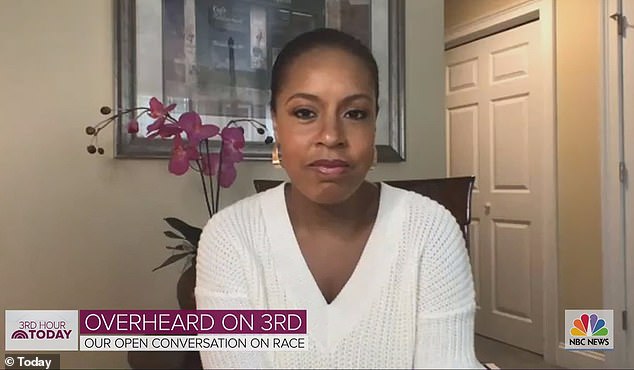 Scared: Sheinelle, 42, shared that her three children cried after she honestly answered their questions about George Floyd’s death at the hands of a Minneapolis police officer 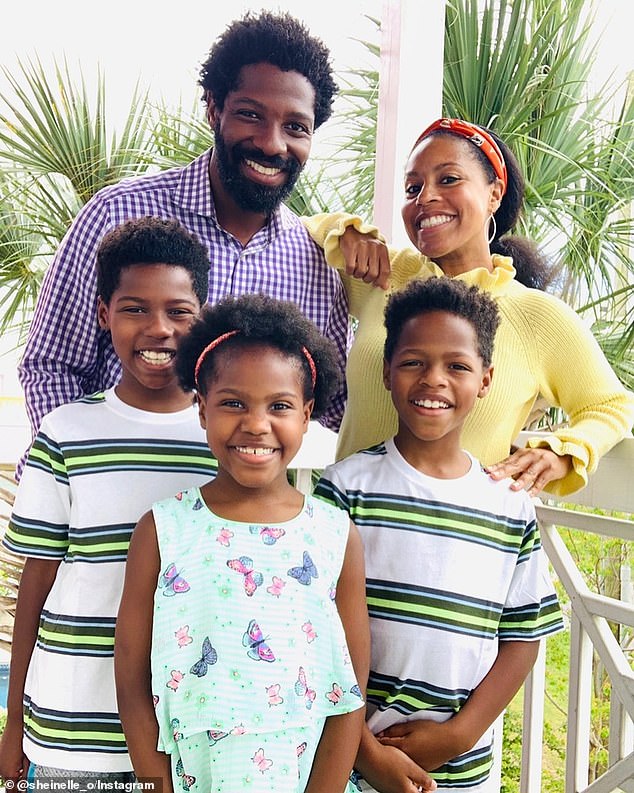 All together: Sheinelle and her husband Uche Ojeh have a son Kayin, 10, and twins Clara and Uche, seven

After telling her children how Floyd died, her daughter Clara asked: ‘Why would he do that? Why would he put his knee on the guy’s neck?’

‘I said, “Well, Mom doesn’t have an answer,”‘ Sheinelle recalled. ‘And the little guy goes, “So it’s because he has brown skin like us, that’s why he’s being mean to him?”

‘And then Kayin goes, “So why are they being mean to people with brown skin? Are they going to be mean to me?”‘

Sheinelle said her children wanted to know if the police officers involved in Floyd’s death were in jail, and at the time they weren’t. As of now, Chauvin is the only one out of the four officers on the scene who is facing charges. 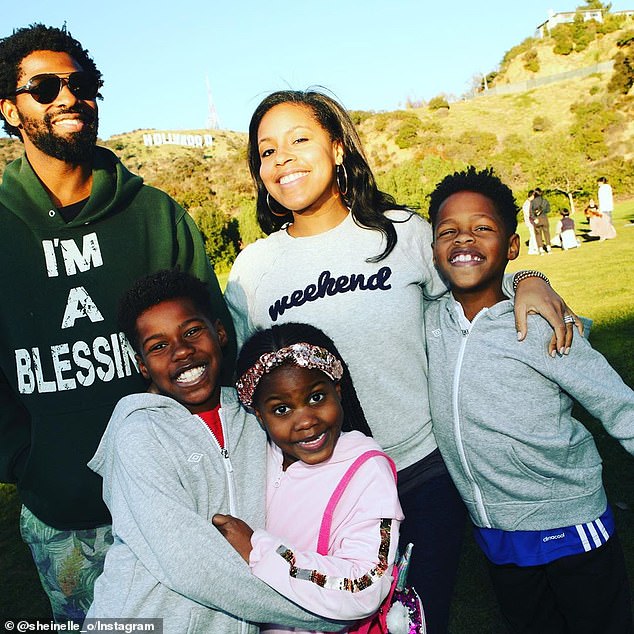 Heartbreaking: The mom said her son Kayin asked why the officers were ‘being mean to people with brown skin’ and wanted to know if they were going to treat him the same way 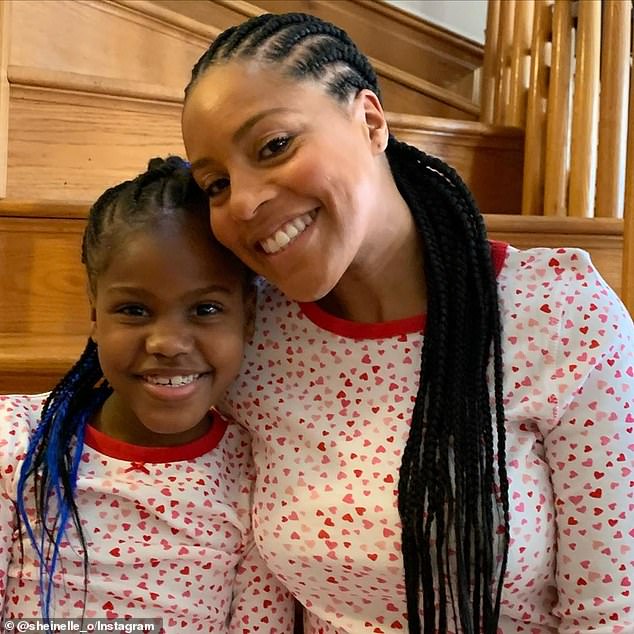 Hard to handle: Sheinelle said all of her children went to sleep crying after their conversation about Floyd’s death

‘Kayin runs crying, and the next thing you know I have three crying kids, crying because they’re afraid,’ the mom said.

‘They went to sleep crying. I’m over here trying to come up with things to say. … It was really traumatic for me, for them. I went to bed with such a heavy heart.’

Craig, 41, has two biracial children, a son Delano, six, and daughter Sybil, three, with his wife Lindsay Czarniak, who is white. When Al said he thinks society will see Craig’s children as black kids, he readily agreed.

‘Oh, no doubt, and Lindsay and I have had this conversation,’ he said. ‘I think sometimes people, unfortunately, they make certain, perhaps, assumptions. I’m a relatively young black man who’s rearing a young black man, living in the United States of America. Don’t be fooled by the suits and some status. 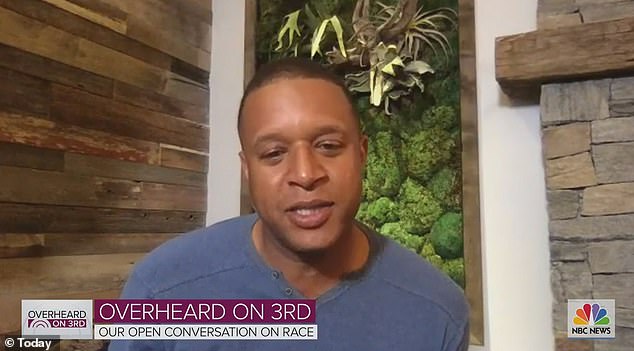 Hoping for change: Craig, 41, shared his frustration that there’s yet to be any significant change following previous incidents in which unarmed black me were killed by police 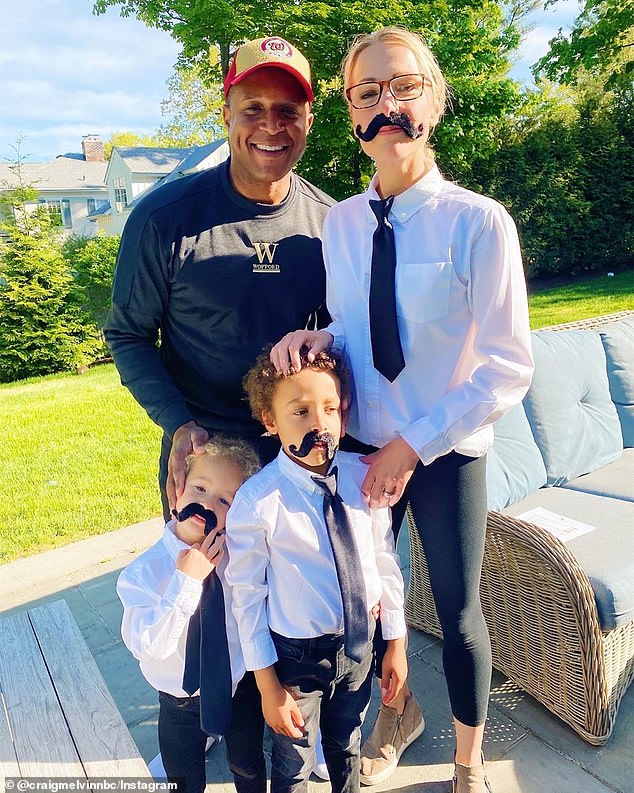 Mixed-race family: Craig has two biracial children, a son Delano, six, and daughter Sybil, three, with his wife Lindsay Czarniak, who is white

‘The number of times where you walk in a store and you know. You’re constantly reminded,’ he added. ‘We like to think that we live in some sort of post-racial America, and the reality is we are reminded time and time again that we do not.’

While reflecting on the protests and civil unrest over Floyd’s death across the country, Craig admitted he is scared because he doesn’t know what’s next.

‘I think one of the things that’s most frustrating is this happens, we have these conversations, people march, we pledge to do better and then we move on,’ he said.

‘We haven’t healed, we haven’t come up with some sort of comprehensive plan to actually do better, and then lo and behold, a few months pass, a couple years, and then something worse happens.’ 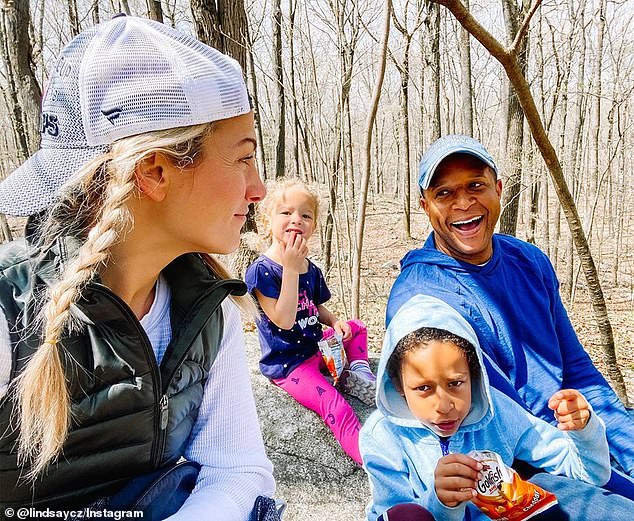 Looking to the future: While reflecting on the protests and civil unrest over Floyd’s death across the country, Craig admitted he is scared because he doesn’t know what’s next 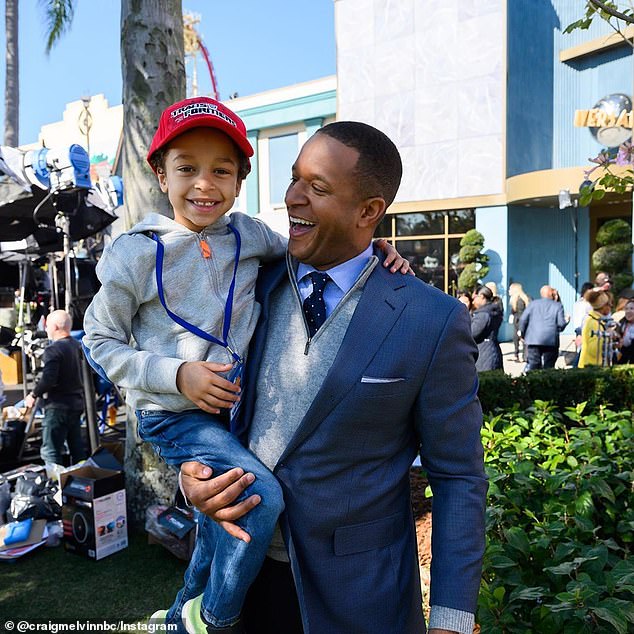 Reality: ‘We like to think that we live in some sort of post-racial America, and the reality is we are reminded time and time again that we do not,’ Craig said

Craig was reminded of covering the protests that broke out in Ferguson, Missouri, in 2014 after Michael Brown, an unarmed black man, was shot and killed by police officer Darren Wilson.

‘I remember being in Ferguson, five, six years ago, and people were adamant that this was going to be the catalyst for change, and it wasn’t. It wasn’t,’ he said. ‘I don’t know what it’s going to take to affect real change because the reality is you can’t legislate hearts and minds.’

Al noted that what is going on in the country ‘feels so different than anything else.’

‘I hope that we can find a way to harness this energy,’ Craig said. ‘Burning down your house because you’re pissed at your neighbor doesn’t do a lot to advance the cause.