Tiffany Trump may have a boyfriend to snuggle up with, but the companion that is helping her get through her second year of law school is a bit furrier.

The 25-year-old first daughter, who is earning her J.D. at Georgetown University in Washington, D.C., took to Instagram on Thursday to share a photo of herself curled up with a fluffy tan and white cat.

‘My study partner,’ she captioned the selfie, which was likely taken during a much-needed break from her law books. 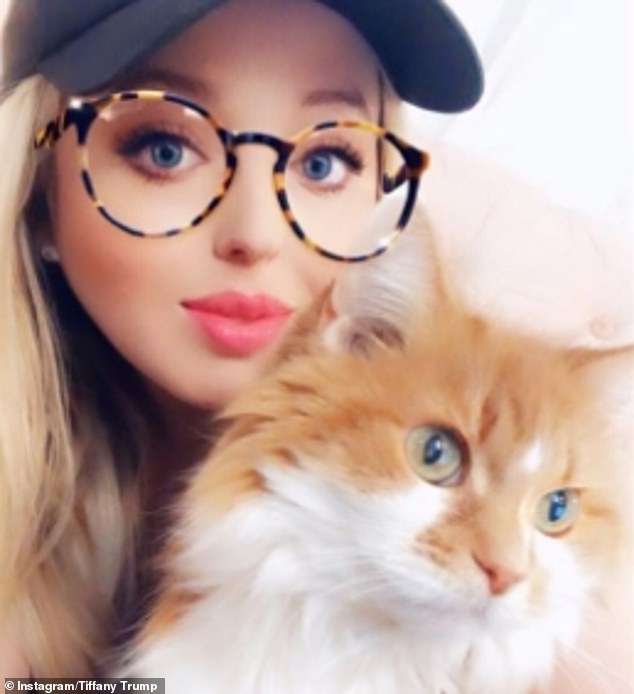 New pal? Tiffany Trump, 25, took to Instagram on Thursday to share a snapshot of herself holding a tan and white cat while on a study break

Tiffany used a face filter to give herself the appearance of wearing a pair of bookish tortoiseshell glasses. 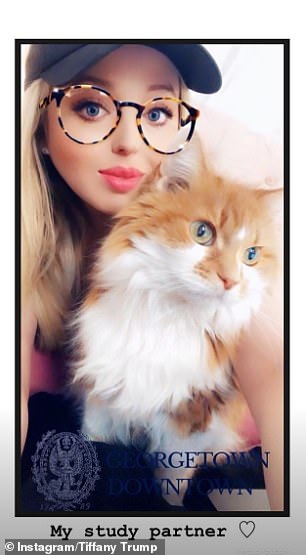 Her long blond hair was loose around her shoulders, and she had a black baseball cap on her head.

She appeared to be wearing a pink tank top, but the cat perched on her lap covered most of her outfit.

At the bottom of the snapshot, she proudly added the name of her law school.

Tiffany’s last day of classes took place on Monday, April, 29, and it appears as though she has been spending the past few weeks hitting the books ahead of her final exams, which officially end this Saturday.

The busy student posted a black and white photo of the two computers she was working on Monday.

On her laptop, she had a case study and one of her papers pulled up; on the desktop screen behind it, she had her working outline for her paper on cybersecurity and technology.

‘When life gets blurry adjust your focus [scale emoji] #staydetermined #law,’ she captioned the dizzying image. 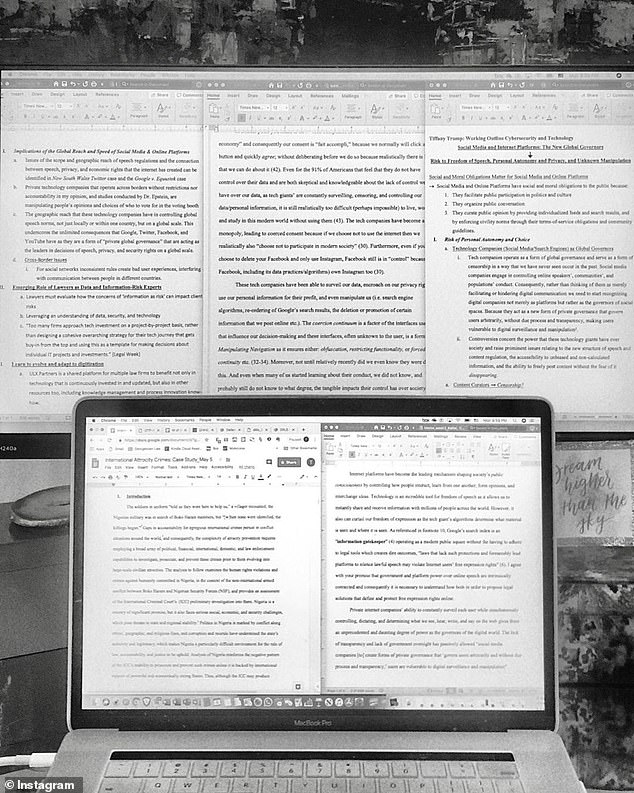 Keeping busy: The first daughter posted a black and white photo of the two computers she was working on Monday while going over a case study and working on an outline for a paper 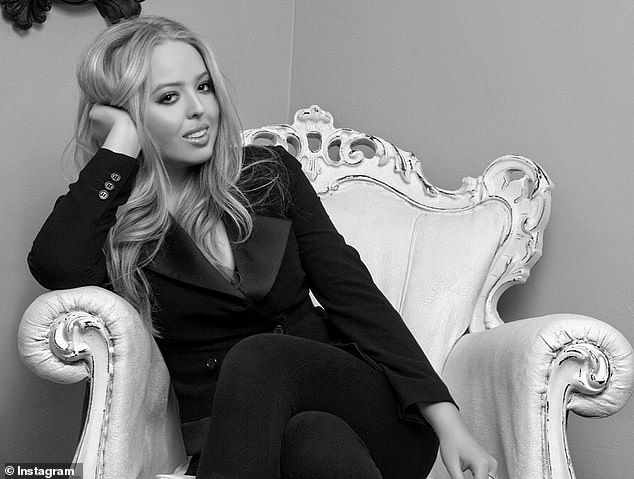 Almost there: Tiffany, who posted this glamorous shot a few days ago, has been studying for finals and writing papers. The semester officially ends on Tuesday 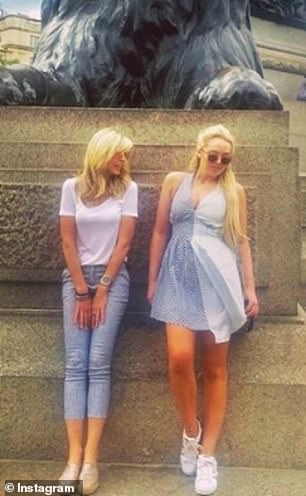 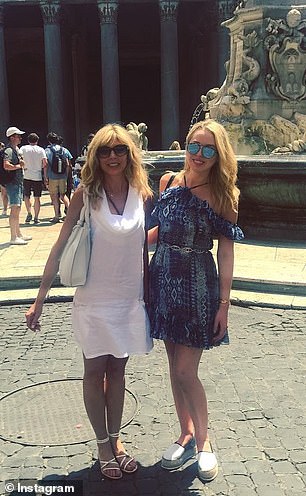 Tiffany is clearly refusing to let the stress get to her, and a few days later she shared a glamorous shot of herself modeling a sleek black suit.

President Donald Trump’s youngest daughter just has to turn in all of her papers by Tuesday, and she is free for the summer.

Tiffany, who Donald’s only child with his second ex-wife Marla Maples, usually spends her summer vacations traveling around the world with her mother.

Last year, the two headed to England, and before she started law school in 2017, they went island hopping in Italy ahead of their final stop in Rome.

It’s unclear if Tiffany and Marla, 55, have one of their lavish mother-daughter trips planned this year. 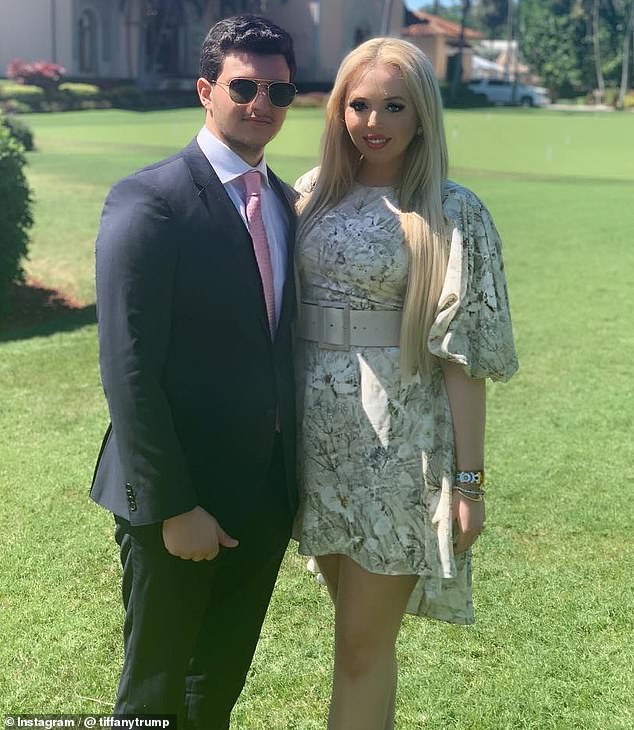 Serious business: Tiffany may be spending the summer with her boyfriend Michael Boulo. She brought him along to Mar-a-Lago last month to celebrate Easter with her family 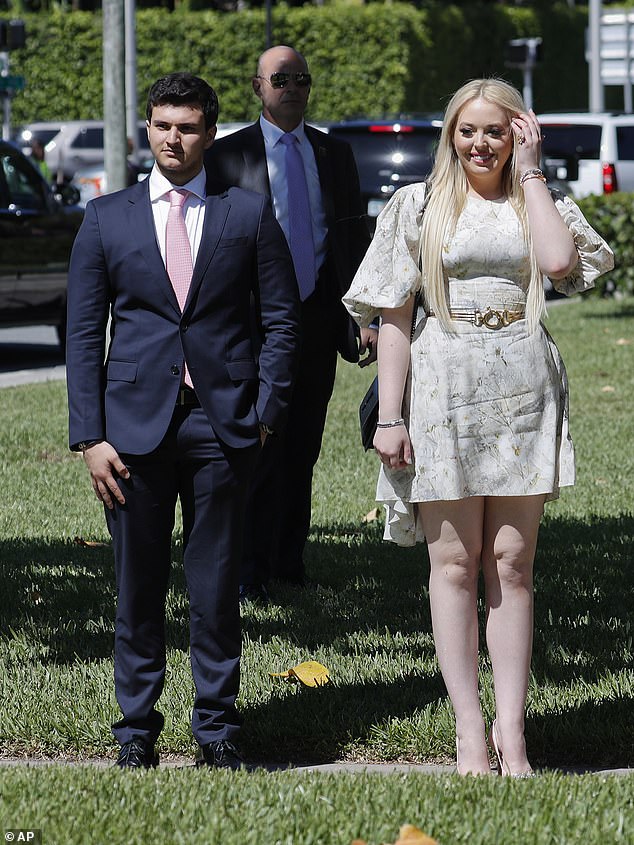 Couple: The 25-year-old first daughter has been dating Michael, the heir to the multi-billion-dollar Nigerian trading conglomerate Boulos Enterprises, since last summer 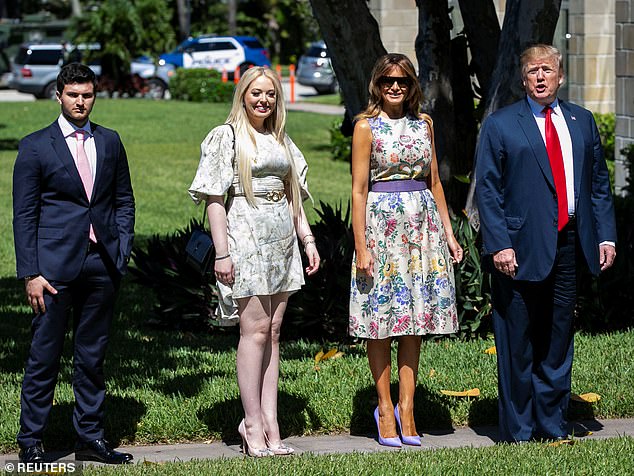 Time with dad: Tiffany and Michael spent some quality time with her father, President Donald Trump, and her stepmom, Melania

It’s possible that she will be traveling to London to spend some quality time with her billionaire beau Michael Boulos or they might head off on a special trip somewhere else.

The two most recently traveled to Belgrade, Serbia, during her spring break vacation, and Michael made it a point to spoil his new girlfriend by buying her five fur coats at Serbian designer Irena Grahovac’s boutique while in the city.

Tiffany has been dating Michael, the heir to the multi-billion-dollar Nigerian trading conglomerate Boulos Enterprises, since last summer, and things seem to be getting serious between the two.

The first daughter invited her boyfriend to Palm Beach, Florida, last month to stay at her father’s Mar-a-Lago resort and attend church with them on Easter Sunday.