Sara Pascoe, 39, is a stand-up comedian and author. She appears regularly on TV panel shows, including the BBC‘s Mock The Week and QI.

Married to Australian stand-up, Steen Raskopoulos, 33, she lives in London.

DON’T HAVE A BACK UP PLAN IN LIFE

When I was 21, I’d just finished my English degree at Sussex University and had all the forms to apply for a teaching qualification.

It wasn’t my ultimate ambition. My idea was to become a supply teacher and fold it around my real goal which was to work as an actor or comedian.

Teaching would be my trapeze net. Everyone thought it was a sensible plan. 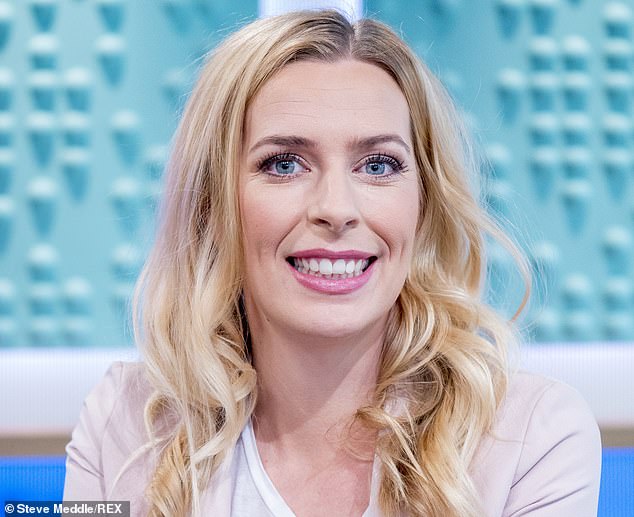 Comedian and author Sarah Pascoe, 33, extols the virtues of not having a backup plan in life

With one exception. I explained it all to my dad on the phone to where he lives in Australia and it went very quiet at the other end.

Then he said: ‘Don’t have a back-up. If you’ve got a back-up, there’s no incentive to do what you really want. No, make it work or starve to death.’

My mum was furious with him. ‘Typical jazz musician!’ she said.

But it was great advice. Yes, I had to live with my friend and her mum for a few years, but I poured all my energies into performing until I got my big break in my mid-20s.

There was a sort of distant echo of all of that in a yoga class I took some time later.

The teacher had us in a tricky one-legged pose and she gave us this advice. ‘Don’t think about where you’ve come from or where you’re going.

‘Exist in this moment. You have nothing to prove, everything to share.’

That completely chimed with what I was hoping to achieve as a stand-up. It’s not a competition.

I don’t have to prove myself against anyone else. I’m going out there with my heart open wanting to share my words with that audience for that particular performance.

I still get nervous, of course. Sir Laurence Olivier used to say that, if you didn’t feel anxious every time you performed, you weren’t taking it seriously. But, if you try to exist in the present, it removes so much of the pressure.