Tweezers are the dirtiest item in our makeup bags where mascara and eyeliner are being kept for a worrying three times longer than they should, new research reveals.

In a survey conducted by fast fashion website PrettyLittleThing, almost 20 percent of people said they have never cleaned their tweezers – making it the grubbiest of all cosmetic products.

Sharpeners for kohl pencils were a close second, followed by makeup bags in third with 16.6 percent of those surveyed admitting to have never washed theirs before.

But the most shocking revelation was in the eye makeup department, with eyeliner and mascara being used an average of three times longer than their recommended lifespan of three months. 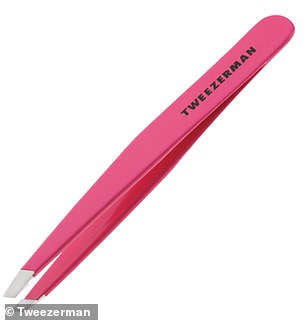 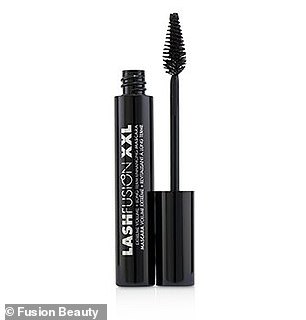 Almost 20 percent of people say they have never cleaned their tweezers (left), while the vast majority are using eyeliner and mascara (right) three times longer than they should

That means the vast majority of makeup users are applying the same eye products for nine months.

Bad news for hoarders, but if you’re guilty of hanging onto a wand or pencil for anything more than three, it’s time to bin them.

Other tools that rarely feel the touch of a wipe are eyelash curlers and makeup brushes, with almost 10 percent revealing they never clean either.

PrettyLittleThing’s Head of Public Relations Amy Simon said the findings prove we need to be more conscientious with our cosmetic hygiene.

‘We’re currently all trying to be as consciously clean as possible – washing our hands, using hand sanitiser countless times a day – and our makeup bags shouldn’t be exempt from this,’ she said.

Ms Simon noted that neglecting cosmetic hygiene over a prolonged period of time could cause problems like acne and blackheads. 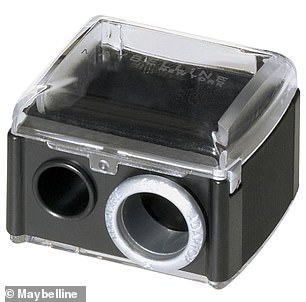 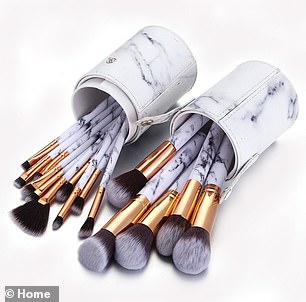 Sharpeners for kohl pencils (left) and makeup brushes (right) are among the most rarely cleaned tools in our makeup bag, research has shown

The dirty truth lurking inside your makeup bag

* Tweezers are the dirtiest item, with nearly two in ten – 19.8 percent – admitting they’ve never cleaned them

* Of Australia’s five largest cities, Sydneysiders spend the most money ($43.73) per month on new makeup

‘We wanted to highlight the importance of cleaning your makeup bags and its contents regularly, to not only maintain your products but to also benefit the health of your skin.’

Failure to clean cosmetics – especially tools like brushes that come in contact with the face on a daily basis – results in large growths of bacteria, which can irritate the skin, cause blemishes and affect the application of liquid and powder products.

Ms Simon advised incorporating a weekly wipe down of frequently used products as well as a more thorough monthly wash into your wider household cleaning routine.