An 18-year-old British schoolgirl has been tipped by Vogue to be one of the next big names in fashion.

Evie Harris, of London, has just finished at Milan Fashion Week, where she walked for at least five designers including Boss, Etro and Alberta Ferretti.

She has also been named a ‘rising star’ by the British fashion bible, which noted the ‘angelic-looking’ teenager has had a ‘fairytale’ introduction to the industry.

For Evie, who spent lockdown with her family at their family home in London, only made her catwalk debut only 12 months ago, when she walked for JW Anderson at London Fashion Week spring/summer 2020. 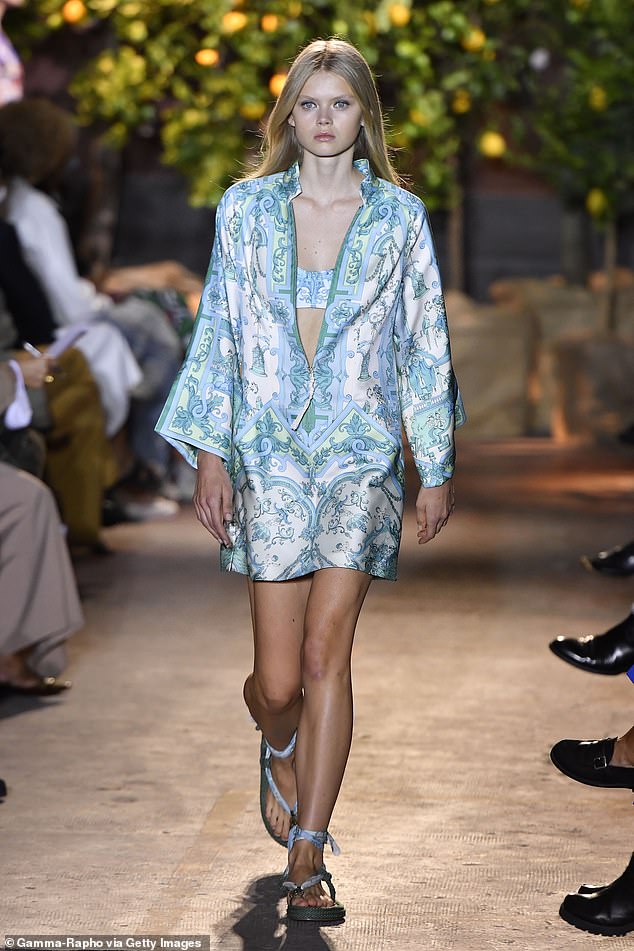 The Italian dream: Evie Harris, of London, has just finished at Milan Fashion Week, where she walked for at least five designers including Boss, Etro (pictured) and Alberta Ferretti

The moment catapulted Evie into the consciousness of international agents and her career went from ‘0 to 100’ in a matter of hours.

‘It literally changed everything,’ she said. ‘Modelling suddenly became a viable route to take.’

She continued: I got a phone call from my agent saying that the same casting director wanted me to go to Paris and do Loewe.

‘It went from me never having had a job in modelling, to suddenly travelling to do Paris Fashion Week. As my first catwalk, I couldn’t really have had anything better.’ 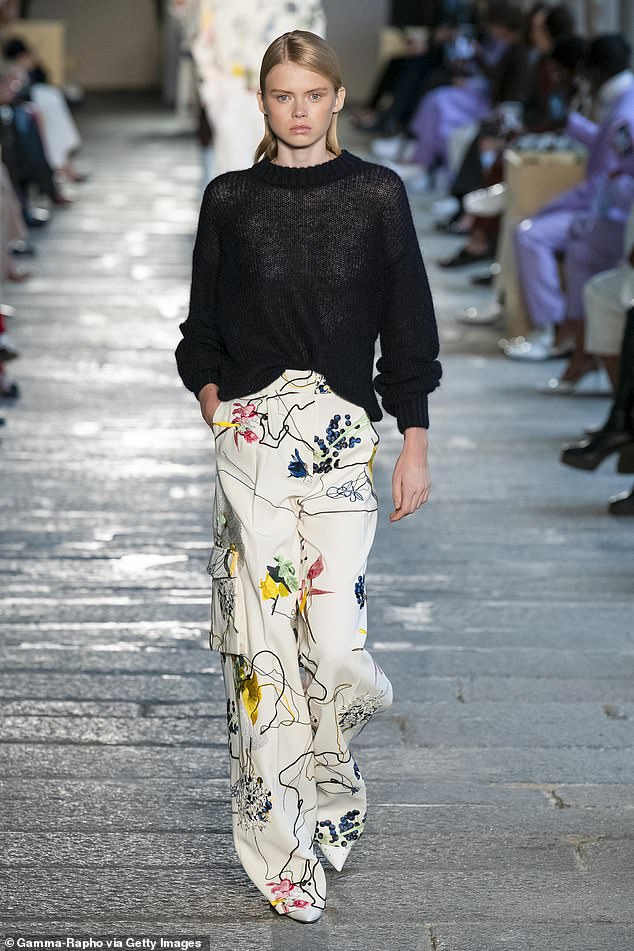 She’s the boss: The British teenager storming the catwalk for Boss in Milan over the weekend 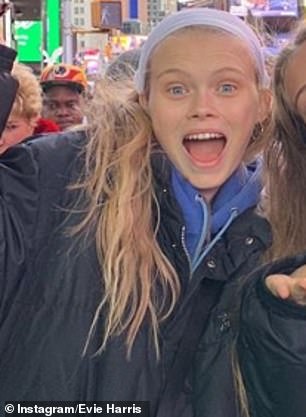 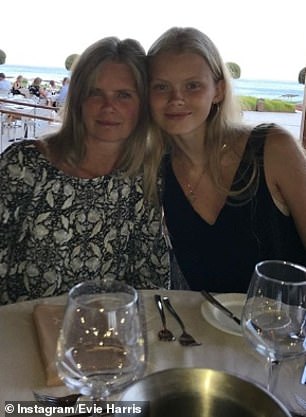 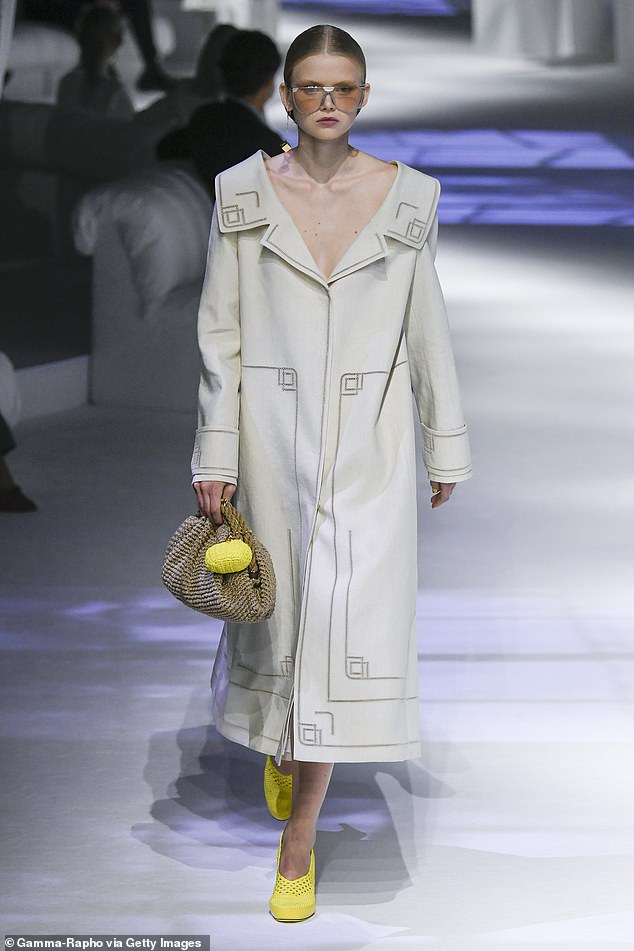 Humble: Despite her early success, Evie remains gracious on Instagram and frequently thanks designers and their teams for casting her in their shows. Pictured, at Fendi last week

Months later Evie was in New York, Paris and back in London, where she ticked off everyone from Chanel to Victoria Beckham.

She also bagged campaigns for Valentino and Fendi that appeared in print. The model is now represented by agencies in the UK, France, Italy and the US.

However Evie has also had plenty on her mind away from the catwalk.

Like teenagers everywhere, she was left in limbo when her school was closed due to Covid-19 and her A-level exams later cancelled. 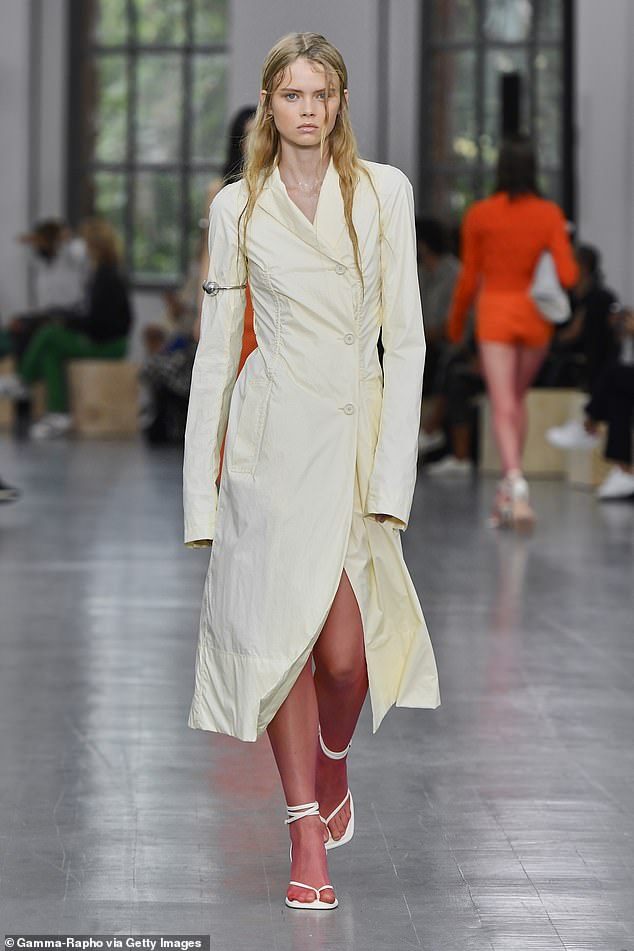 Showstopper: Evie was chosen to close the show for Sportmax at Milan Fashion Week, above

Although Evie received the grades she wanted and is keeping the option of university open in the future, for now she is focusing on her fashion career.

It is clear she still feels excited about every opportunity that comes her way, with her Instagram captions full of thanks and appreciation for the designers who have cast her in their shows.

In one gracious caption shared over the weekend, she wrote: ‘Was a pleasure to be a part of this show. Thanks for letting me wear a beautiful look.’