With our everyday lives becoming increasingly stressful, a peaceful night’s sleep is often more a dream rather than a reality for a lot of us.

While there certainly isn’t a one-size-fits-all solution to sleep, a small tweak like a pillow spray is an affordable starting point. Scents like lavender and chamomile have been found to be hugely soothing, with lavender proven to react with neurotransmitters in the brain which work to reduce restlessness.

There are hundreds of pillow sprays available, but Amazon shoppers keep returning to the This Works Deep Sleep Pillow Spray. With close to 7,000 ratings and an average score of 4.4 out of 5, the This Works spray has been hailed a ‘game-changer’ with shoppers saying it ‘works wonders’. Even better, it’s now 25 per cent off on Amazon, reduced to £14.63. 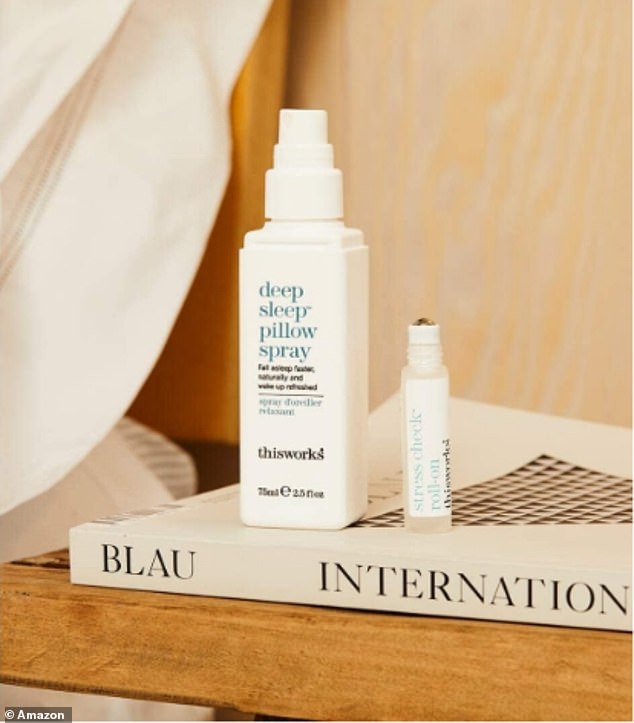 The This Works Deep Sleep Pillow Spray is now on sale on Amazon for £14.63 – and shoppers have called it a ‘game changer’

This Works Deep Sleep Pillow Spray has become something of a bedtime hero, even reaching cult status in the beauty industry thanks to its award-winning natural formula.

The pillow spray is made with 100 per cent pure essential oils and 100 per cent natural fragrances without exception, so if you’re after a natural sleeping remedy, this ticks those boxes.

Made with a heavenly blend of soothing lavender, camomile and vetiver, it’s soft and comforting, with shoppers praising the ‘gentle’ non-artificial scent, claiming it helps to ‘create a relaxing environment’. Just spritz on your pillow and around your bedroom to create an oasis of calm.

For those nights when your mind is racing, or you’re struggling to switch off, This Works Deep Sleep Pillow Spray is there to ease bedtime anxiety.

It has the statistics to back it up too. The brand’s research shows that 89 per cent of users said they fell asleep faster, and 97 per cent felt they slept better too. The Amazon reviews also are worth taking into account, with 69 per cent of shoppers awarding the spray a full five stars.

In fact, many of the reviewers swear by the calming blend to help them relax, even going as far as to claim it helps them nod off quicker and have a deeper sleep.

‘This really does work!’ raved one shopper ‘I fall asleep 10 minutes after I spray and have a much deeper sleep too. It does smell strong at first, and the lavender is very noticeable, but it does settle down quickly. I feel this is expensive but it has really helped, so I will repurchase.’

One shopper called it a ‘lifesaver’, writing: ‘Lifesaver, combined with no screen time at bedtime this worked from the first night I sprayed it over my pillow and its day seven now. So impressed.’ 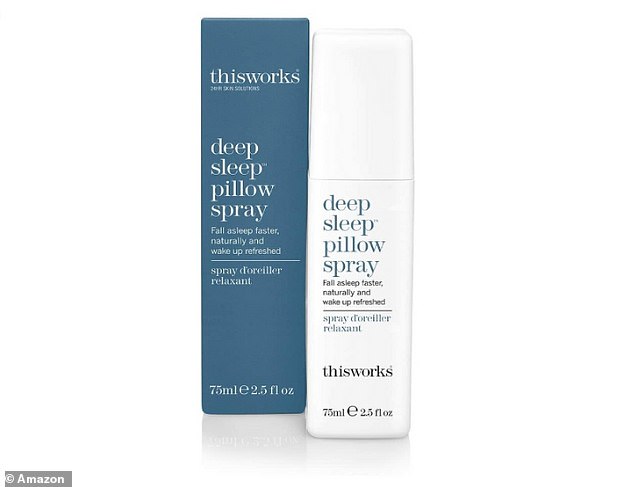 The award-winning, natural, aromatherapeutic blend of lavender, camomile and vetivert claims to calm both mind and body, soothing you to sleep

Thousands of shoppers have been spritzing their sheets, pillows and even pyjamas with the This Works Deep Sleep spray. Although be sure to go easy, as some reviews have said that if you are heavy-handed, the pillow becomes damp.

One happy customer wrote: ‘This product keeps me in a constant hazy, dreamy state all night so that if I do stir in the night (usually to the sound of my 1-year-old daughter) I drift back off quickly and peacefully.

‘Totally recommend to anyone with sleep issues, particularly anxiety-related. This product does exactly what it says it does and I have woke up so refreshed the last two mornings.’

Another enthusiastic customer gushed: ‘It works … it really works!! Wouldn’t be without it !! Please try it if you have trouble sleeping… its been a godsend’.

MailOnline may earn commission on sales from the links on this page.