The coronavirus pandemic has brought a new set of rules for all, from wearing masks in shops and on public transport to staying two metres apart from others on the street.

But the rules are even more complicated for the upper class, who now are following high society’s Covid-compliant ‘U’ guidelines.

Tatler has published a list of dos and don’ts for aristocrats, which includes never allowing dogs on the beds, and no longer sharing lipsticks or spouses. 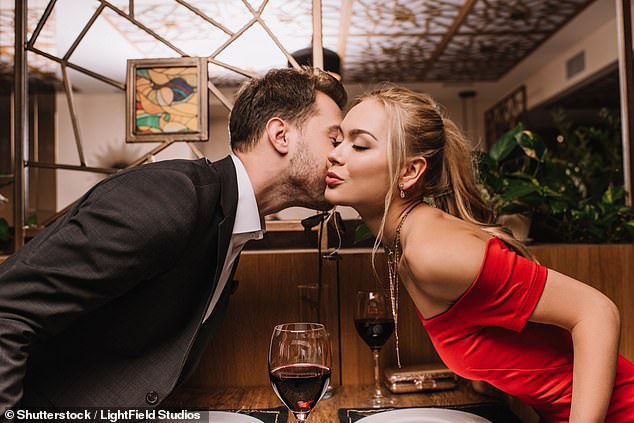 Tatler has published a list of dos and don’ts for aristocrats, which includes never allowing dogs on the beds, and no longer sharing lipsticks or spouses. Pictured, a couple air-kissing (stock image), which is the new way to greet people

The society bible listed Ocado, having a dirty kitchen, hugging your parents and hot tubs on skiing trips as ‘non-U’ while being chaste, having live-in staff and a driver, Zoom-calling your therapist and holidaying in the British Isles are listed as ‘U’.

The monogrammed moniker refers to a list of language first purported by Nancy Mitford in 1955.  U, stands for upper class while non-U, represents the aspiring middle classes.

‘Reassuringly some nuances still exist: “toilet” will never pass muster; those who have taken to the lockdown trend for two wheels would be expected to “bike”, never “‘cycle”,  and asking friends to take off their shoes inside is intolerable, no matter what the Sage experts say,’ the piece which features in the magazine’s October issues adds.

The publication also spoke to Gavin Rankin, the owner of upper class boathole Bellamy’s in central London, which is believed to be the Queen’s favourite restaurant.

He predicted the ‘return of the fan’ as a sort of ‘face mask’ in top-end restaurants, as well as a surge in air-kissing in place of hugging, but the end of table-hopping in restaurants. 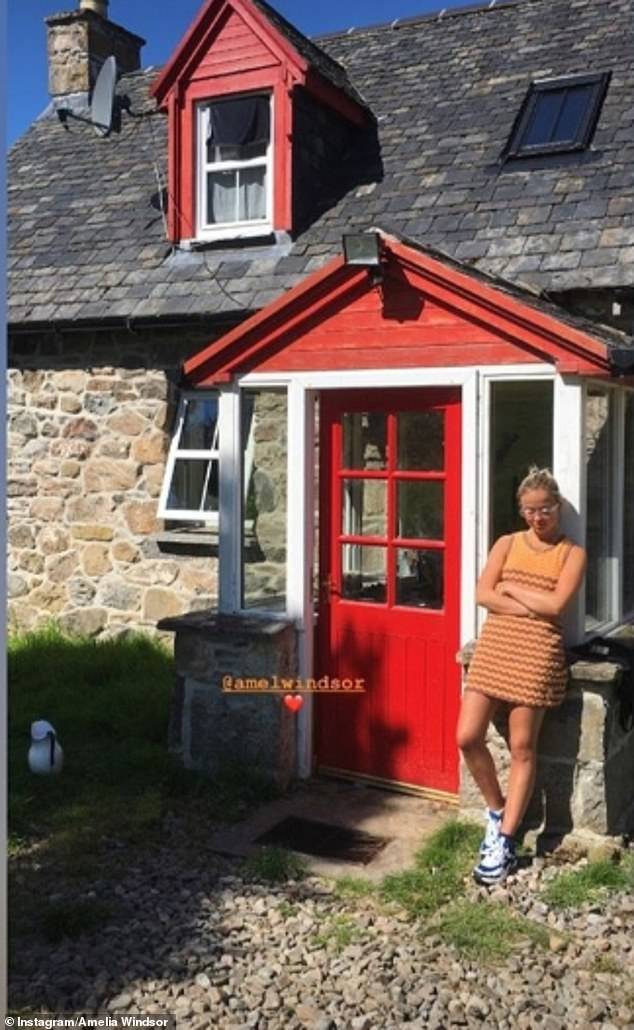 Staycations are in! Amelia Windsor, 24, who is 39th in line to the throne, recently showed off snaps from her Scottish holiday 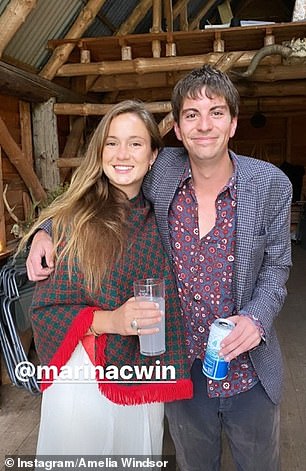 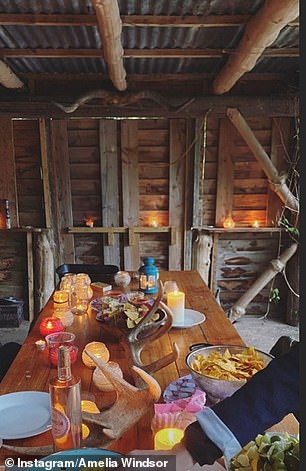 Lady Amelia went on to share snaps from a dinner party with her sister Lady Marina, 26, (left) revealing a beautifully decorated table covered in candles (right)

How to host a virtual soiree, according to society bible Tatler

3. Ensure the background is topnotch

6. Speeches are a goer

Discussing results of your anti-body test, wearing a homemade floral mask, tapas and redecorating are also no-longer consider ‘U’ or upper class, according to the publication.

Meanwhile, keeping chickens, paying for a hospital wing and knowing someone who’s working on the vaccine are among the ‘in’ list to be seen in a good light in society circles.

‘Live-in staff are now practically a prerequisite for the much-dreaded second wave, particularly if they also happen to be trained hairdressers,’ the society bible explains.

They added that those in high society should do their own nails, but foreign weddings and using a hanky in place of a tissue are big no-nos.

Earlier this year Tatler shared a guide on how to remain social and host events during the pandemic.

Revealing how to host a dinner party, Tatler said it is key to keep numbers low, but encouraged hosts to still dress up and give speeches.

Too many virtual attendees could result in ‘a dreadful plummet in sound quality’, with Tatler adding that the the delay in audio could also make people sound ‘dim’.

In picking a spot in the house, the magazine encourages choosing a ‘fun’ background, such as a wood panelled block, and to spruce the foreground up with designer tableware. 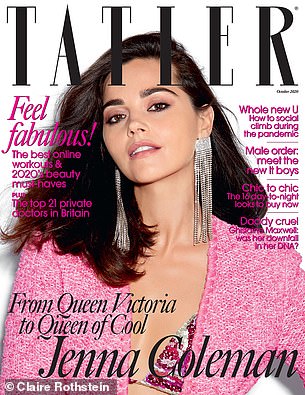 They advised: ‘One can really re-energise the joy of entertaining in a relatively normal way, sprucing up the table with your finest and most shapely Zalto wine glasses, Liberty patterned napkins or hand painted Casa Cubista plates.’.

And while many are spending time in pyjamas and tracksutis while they’re staying at home, the society bible also advised to dress up while hosting a soiree.

It continued: ‘On Zoom, there really is a ‘touch up my appearance option’ that allows one to ‘retouch’ video displays with a softer focus, helping ‘smooth out the skin tone’ and present a ‘more polished looking appearance.

‘Ideal for that aspirational pearly dinner party glow, rather than a ruddy ‘red wine cheeks’.