Swingers viewers were left horrified when a man showed off the wine bottle he and his wife used as a sex toy – before putting it back in the fridge.

Last night’s channel 4 documentary went behind the scenes at one of Britain’s most popular swingers’ clubs – Liberty Elite – to find out what kinds of people attend and why.

With over 12, 000 members, the private members club sees couples and singletons come together from across the nation to have sex with one another – including engineer Justin and stay-at-home mum Hannah, who told how they were looking forward to attending the next party.

However, in one scene which horrified those those tuned in, Justin could be seen sitting beside the fridge in their kitchen, clutching a bottle of wine.

‘This one has been inside Hannah’s vagina,’ he explained, and when a member of crew asked why he was holding the bottle that way round, Justin replied: ‘Because that’s the way it went.’ 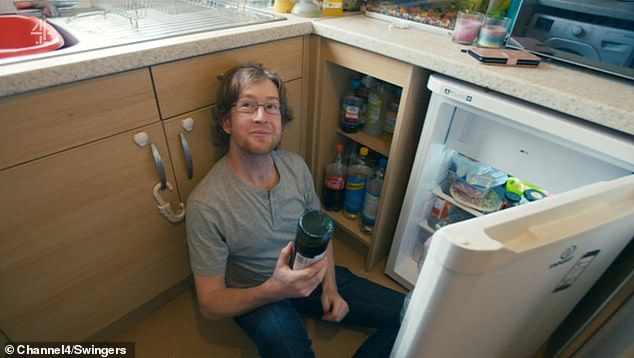 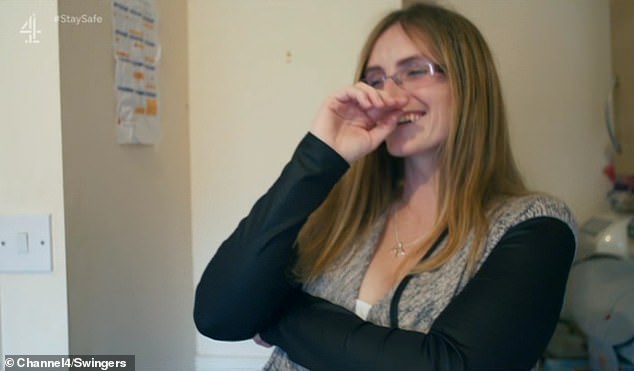 Hannah (pictured) could be seen laughing when a member of crew asked why Justin was holding the bottle that way round, before he replied: ‘Because that’s the way it went’

Viewers were quick to take to Twitter, with one writing: ‘Don’t think I’ll be able to walk down the wine aisle in Tesco tomorrow. Is that what the support helpline is for?’ (pictured)

Many who tuned in were quick to take to Twitter – expressing their disbelief at what they had just witnessed.

‘Well, the wine bottle incident has already made my hair curl,’ wrote one, while a second penned: ‘Don’t think I’ll be able to walk down the wine aisle in Tesco tomorrow. Is that what the support helpline is for?’

A third added: ‘Did he just say that bottle of wine from the fridge has been in her vagina?! I got distracted for a moment and not sure I caught it right…,’ while a further commented: ‘Bloke holds wine bottle out of the fridge: This one has been inside Hannah’s vagina. Then puts it back in the fridge!’

Another joked: ‘I wonder if the bottle got a wipe down before it went back in the fridge.’ 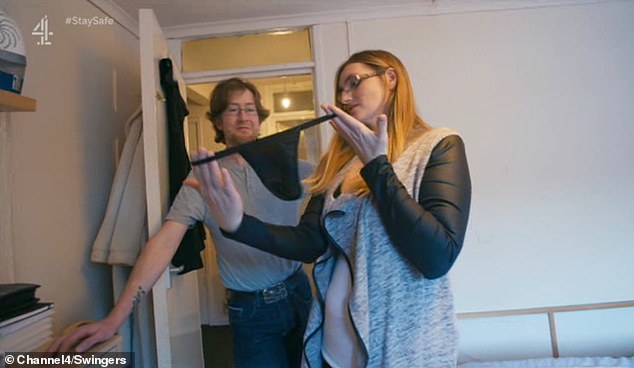 Another shocked viewer commented: ‘Must admit that wine bottle made me wince a little’ (pictured)

Justin and Hannah, who have been together for seven years, have two children.

‘When I was pregnant with my second child, food cravings didn’t happen for me,’ Hannah explained. ‘I got more sexual cravings instead, I turned to Justin and said: “I fancy adding a third person to the bedroom department’.”

The couple revealed they had been swinging at home for two years, before heading to their first swingers’ party, which was documented during the programme.

However, it didn’t quite live up to Hannah’s expectations – as she was left upset when they didn’t bed another couple.

The documentary estimates that there are more than 1.5 million people who enjoy the pastime in Britain. 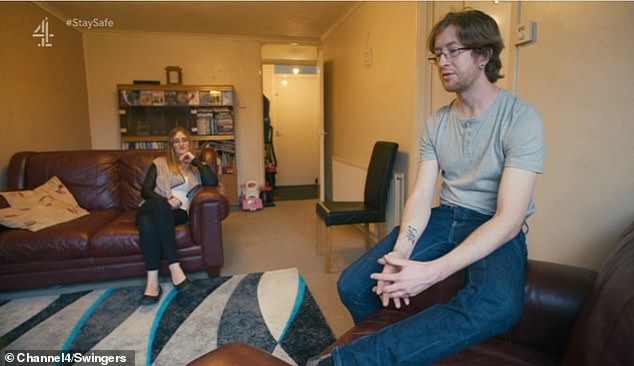 Hannah explained that rather than getting food cravings when she was pregnant, she got sexual cravings instead. Pictured, with Justin