Brian Cox is in a buoyant mood today. and frankly, who can blame him?

The star of TV shows including Frasier and films such as The Bourne Identity and Braveheart is enjoying huge acclaim thanks to his incredible turn in the first two series of Sky Atlantic series Succession.

Having won a Golden Globe in January, the show picked up seven Emmys last month.

Brian, 74, appears as Logan Roy, the ruthless head of a global media company, who fights off ill health and the power grabs of his scheming children, roaring his trademark ‘F*** off!’ at anyone who gets in his way. 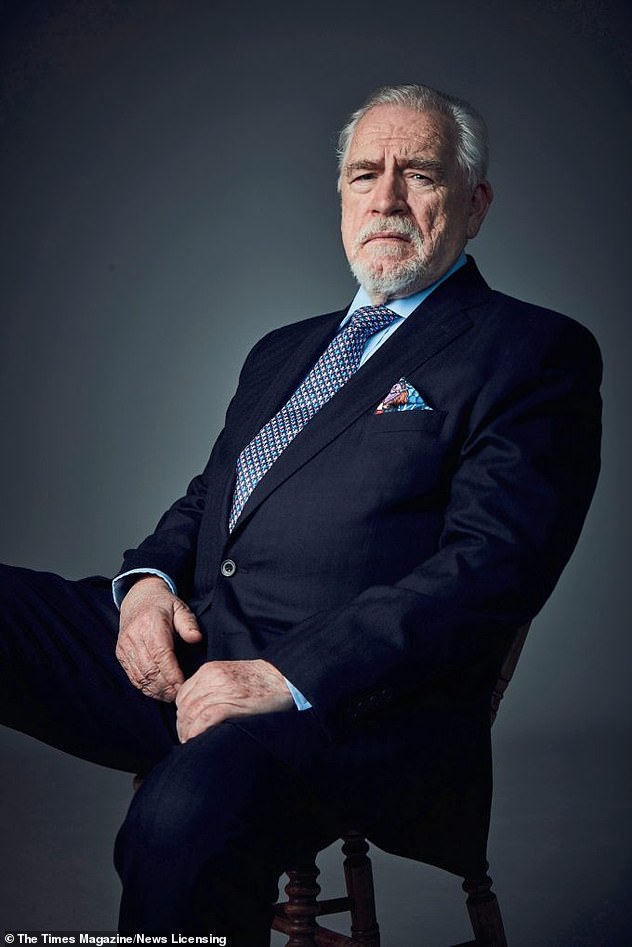 Scottish actor Brian Cox, 74, (pictured) opened up about his bad childhood, detailing how his father died of cancer when he was only eight years old and his mother had a series of mental breakdowns, spending time in institutions

‘It’s strange how women have taken to him,’ he admits. ‘I was at the launch of a book about the #MeToo movement, and I was suddenly surrounded by women.

‘A couple of them said to me, “Could I video you telling me to f*** off?” I said, “Is that really appropriate for a #MeToo afternoon?” But I did it anyway!’

The Scottish actor spent lockdown at his home in upstate New York, where he lives with his second wife, actress Nicole Ansari, 51, and their two sons, Orson, 18, and Torin, 16.

‘We’re in the middle of nature and lockdown gave me a great opportunity to watch the leaves open and the birds hatch,’ he says. ‘It was humbling.’

It was also an opportunity to slow down after contracting what he believes was the coronavirus while working in London in December, which would make him one of the first people to get it in Britain.

‘I was sneezing for about three or four days and the doctor told me a few of her patients also had these sneezing attacks, which were an unknown symptom of Covid then.

‘But I’m fine now and I feel very lucky,’ he says. ‘Mark Blum, an actor on our show, got it very early on and died aged 69. He was a lovely man. It was a terrible tragedy.’

Brian’s been in London again to promote thriller The Bay Of Silence. It stars Claes Bang (from BBC series Dracula) as architect Will, whose wife Rosalind (Quantum Of Solace actress Olga Kurylenko) disappears with their infant son and her twin daughters. 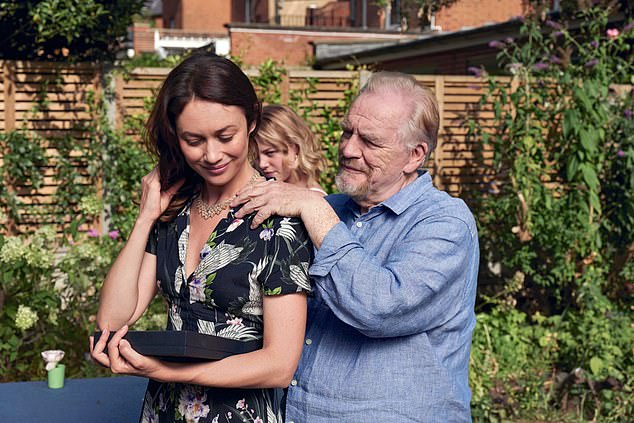 Cox left school at 15 with no qualifications but went on to study drama before working alongside actor Laurence Olivier. Pictured, Brian with Olga Kurylenko in new thriller The Bay Of Silence

He embarks on a frantic search for them, unearthing dark family secrets along the way.

Brian plays Rosalind’s stepfather Milton, a man who is not all he seems. ‘I love characters with secrets,’ he says, ‘because I think everybody has one.’

One thing Brian makes no secret of is his tough childhood. The youngest of five children, he was just eight when his father died of cancer.

His mother then suffered a series of nervous breakdowns and spent time in institutions.

‘My sister Betty looked after me,’ he says. ‘But I learned to be independent because the people I depended on were either nuts or died.’

Money was very tight at times. ‘I’d have to go to the fish and chip shop and ask for the bits left over in the fish pan. That would be our dinner. The thing that really hung over me was poverty.’

He left school at 15 with no qualifications and worked in Rep before studying drama. He worked consistently, acting opposite Laurence Olivier in a filmed production of King Lear before playing Lear himself at the National Theatre.

He’ll never forget when Princess Margaret saw him perform at London’s Royal Court Theatre, and the two were introduced afterwards. 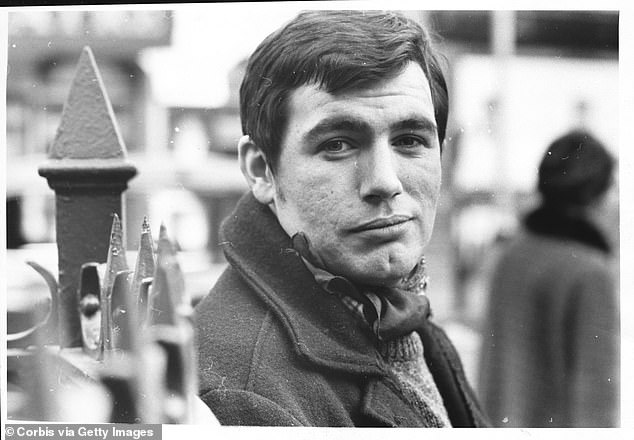 Cox, pictured in 1971, also recalls an interaction he had with Princess Margaret after a performance at London’s Royal Court Theatre in which he claims she tried to unbutton his shirt

‘She told me I was great in the play and said, “I love that shirt!” and started feeling it and playing with my buttons. I was thinking, “Is this happening? Can she really be unbuttoning my shirt?”’

Was he tempted to become a notch on her bedpost? ‘No,’ he laughs. ‘I don’t like pushy women!’

Since heading to Hollywood in the 80s he’s become famous for playing villains, in roles such as the dodgy CIA boss in the Bourne films and the mutant-hating Stryker in X-Men 2. He was also Emmy-nominated for playing Daphne’s father in Frasier.

High on his to-do list while in the UK was paying a visit to his sister Betty in Scotland.

‘She’s 90 now. She’s very Scottish, very unexpressive, so even if she thinks something is great she’ll say, “That was quite nice… I didn’t like your costume though.”’ Brian laughs.

But with her brother having gone from cadging leftover fish batter to being lusted after by royalty, even Betty would struggle not to be impressed.

The Bay Of Silence is available now on Amazon Prime and Sky Store (skystore.com).