Sophie Wessex carried out a virtual tour of a community centre for refugees and asylum seekers in Libya on Wednesday.

The Countess, 55, joined a virtual round-table with female peace-builders in the country who spoke about their experiences and objectives for the UN-led Libyan peace process, following the recent ceasefire announcement.

As part of the video call, the royal met some of the women who have received medical and psychological support from the community day centre in Tripoli.

The women Sophie met also discussed with the royal the situation refugees and migrants are experiencing in the country. 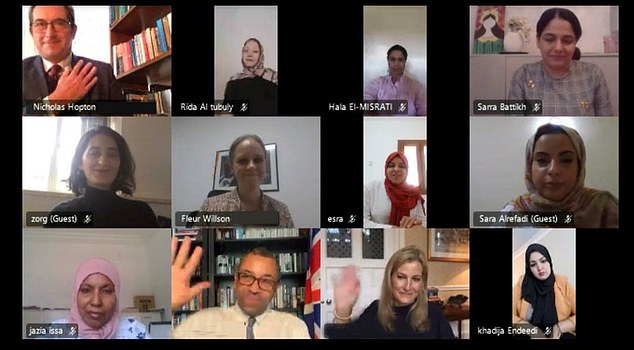 The Countess of Wessex, pictured second from right on the bottom row, 55, joined MP James Cleverly, left of Sophie, for a virtual round-table with women peace-builders in Libya 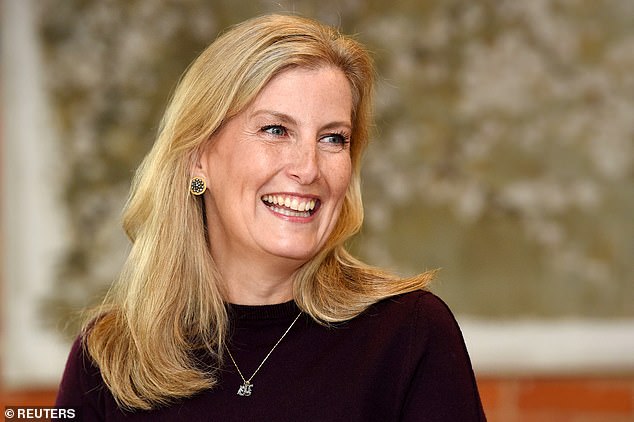 Sophie, pictured in July, met some of the women who have received medical and psychological support from the community day centre in Tripoli

For the virtual visit, the Countess, who is married to Prince Edward, 56, wore a dark blue top, while her blonde tresses were styled in a sleek blow-dried look.

As well as her work as a patron of Vision 2020, the mother-of-two also champions the UK’s commitment to the Women, Peace and Security agenda which recognises the disproportionate impact of conflict on women and girls.

Sophie, who lives at Bagshot Park, in Surrey, was joined in the call by MP James Cleverly, Minister for Middle East & North Africa in the Foreign, Commonwealth & Development Office. 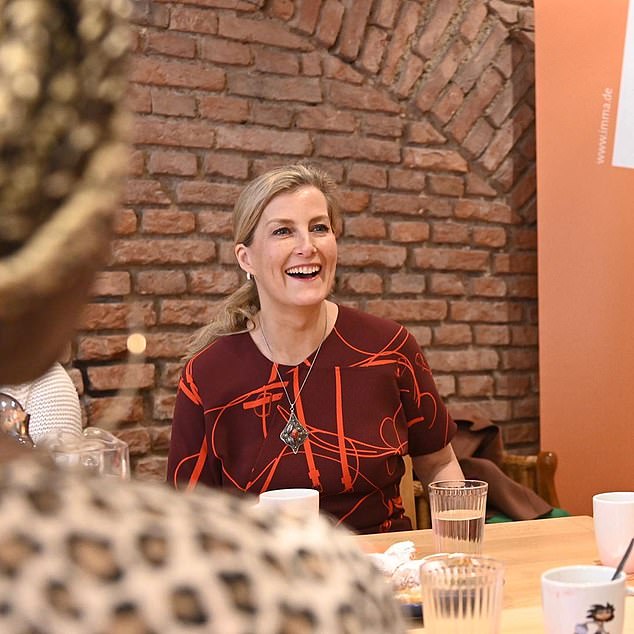 In line with her work with the Libyan women, earlier this year, on Valentine’s Day, Sophie flew to Munich to visit the Initiative for Munich Girl’s (pictured) – a refuge hostel for girls who are victims of domestic violence or sexual abuse 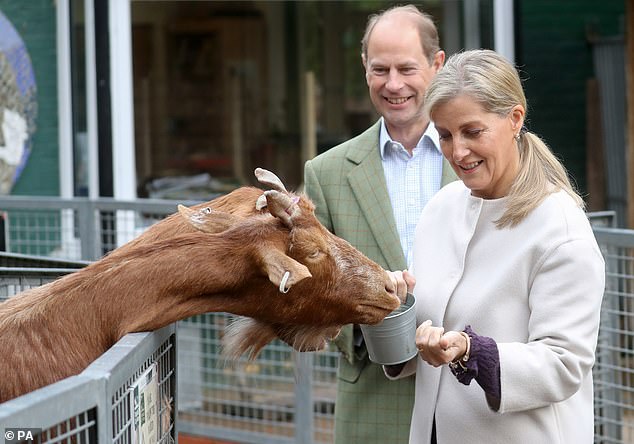 Sophie has been busy with engagements this month, including a visit to Vauxhall City Farm with her husband Prince Edward, 56 (pictured together at the farm)

Earlier this year, on Valentine’s Day, Sophie flew to Munich to visit the Initiative for Munich Girl’s – a refuge hostel for girls who are victims of domestic violence or sexual abuse.

The mother to Lady Louise Windsor, 16, and 12-year-old James, Viscount Severn, has been busy with engagements this month, joining the Queen for her first one via video call from Windsor Castle to mark World Sight Day.

The 94-year-old monarch chatted with her daughter-in-law and health professionals as she learnt how a fund created to mark her Diamond Jubilee has helped millions save their sight.

During the call Sophie, who is global ambassador for the International Agency for the Prevention of Blindness (IAPB) and patron of Vision 2020, told the Queen, who had cataracts surgery two years ago, that saving sight was cheap.

‘The individual treatments can be very cost effective but life changing,’ she said.

Sophie has been Vision Foundation’s patron since 2003, supporting the charity which funds and support projects that involve and empower blind and partially sighted people. 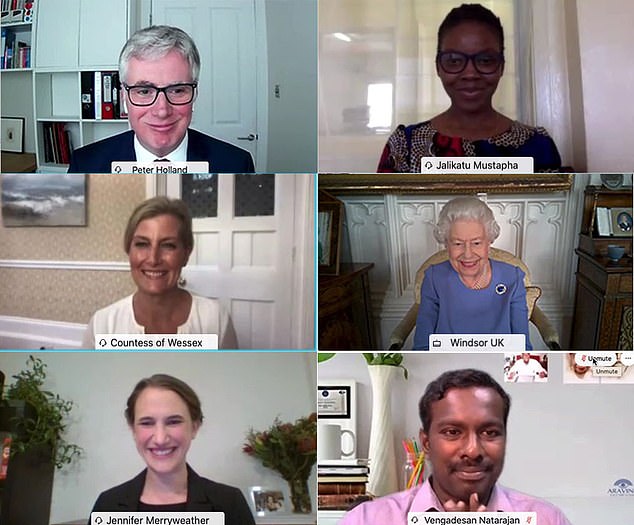