Shanghai office workers rescued a stray pregnant cat and gave her refuge inside a meeting room in their building, where she then gave birth to eight kittens.

Employees of design consultancy Holmes & Marchant opted to take in the cat after she was seen meowing at people who walked past their building.

The feline then gave birth to eight kittens a few days later and the heartwarming tale was documented on Bored Panda by one of the employees, Angela Sy.

Photos show the cat both before and after she gave birth, while other shots show the kittens after being born and as they got bigger. 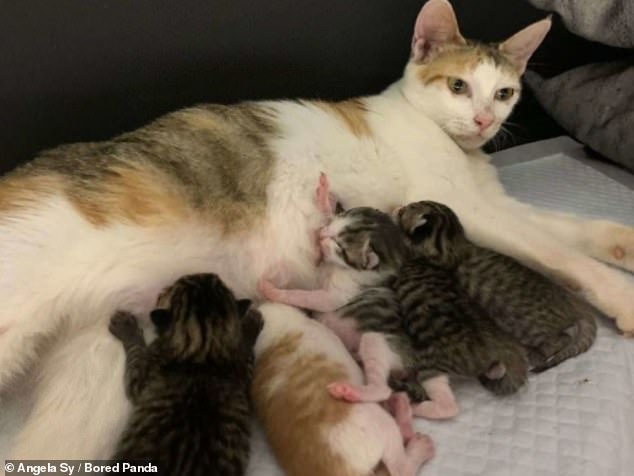 Shanghai office workers rescued a stray pregnant cat and gave her refuge inside a meeting room in their building, where she then gave birth to eight kittens 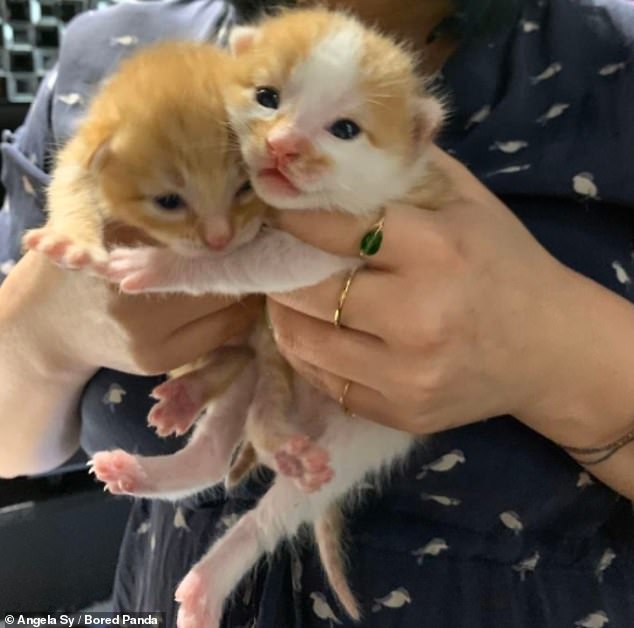 The employees of design consultancy Holmes & Marchant opted to take in the cat after it was seen meowing at people who walked past their building. Pictured: Among her litter were two ginger kittens, who the employees named Pudding and Milk Topping

Writing in her post, Angela revealed the mother cat first appeared outside her office building and ‘rubbed her face on anyone who gave her attention’.

Her colleague Yvonne, who first saw the cat, said it was like ‘she was asking for help for her babies and herself’.

The employees decided to take the cat in and name her Boba ‘because she was so round’.

They made her feel at home in a spare meeting room by preparing a litter box, food and a bed for her.

Angela wrote: ‘She was very friendly to everyone and seemed content that she had a safe place to give birth.’ 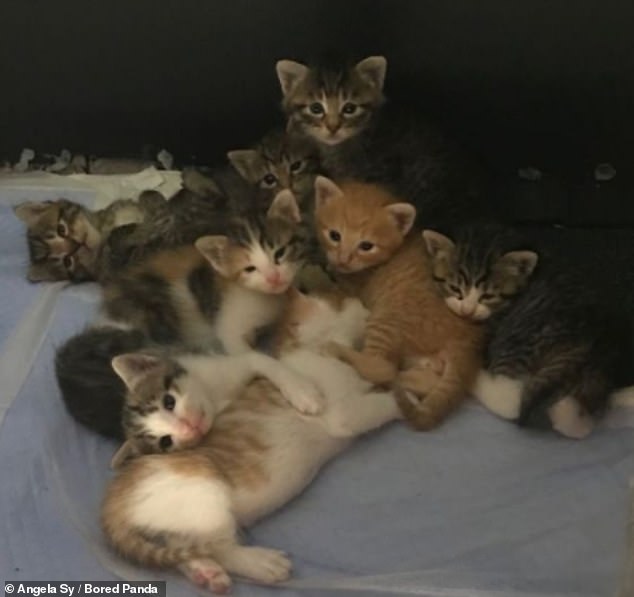 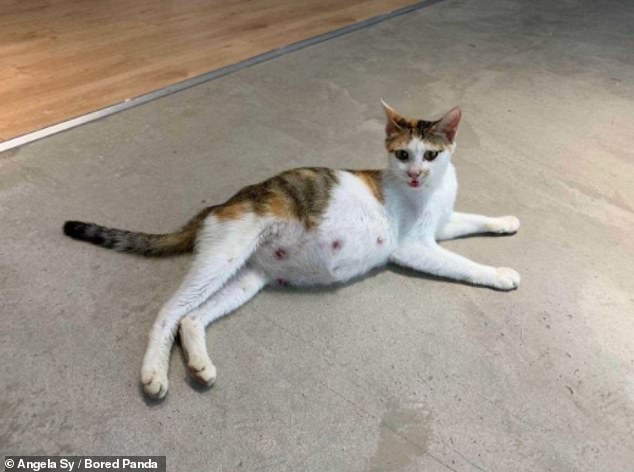 Boba wandered around the office before giving birth to her litter of eight. Pictured: The mother whilst still pregnant 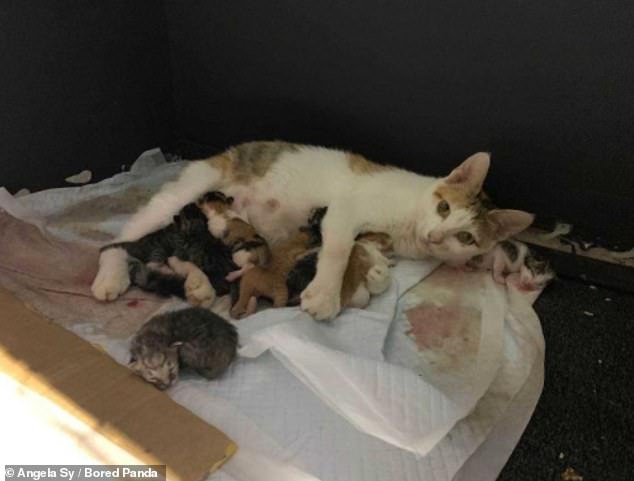 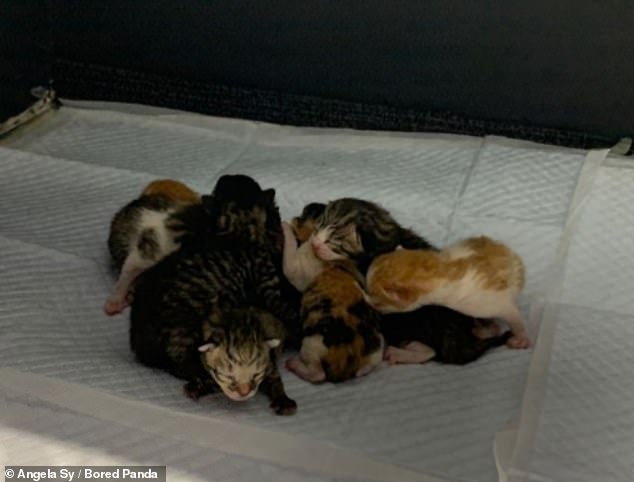 The kittens did not open their eyes until they were around three weeks old. Pictured: Several of the tiny cats just hours after being born

She said that after a storm one night, the employees came to work and found that Boba had given birth to eight kittens – four boys and four girls.

Photos show Boba with her tiny kittens suckling from her just after being born.

Among the litter were five tabbies, two gingers and one calico.

Even though the mother was exhausted from her ordeal, she still fed and cleaned her litter, Angela said. 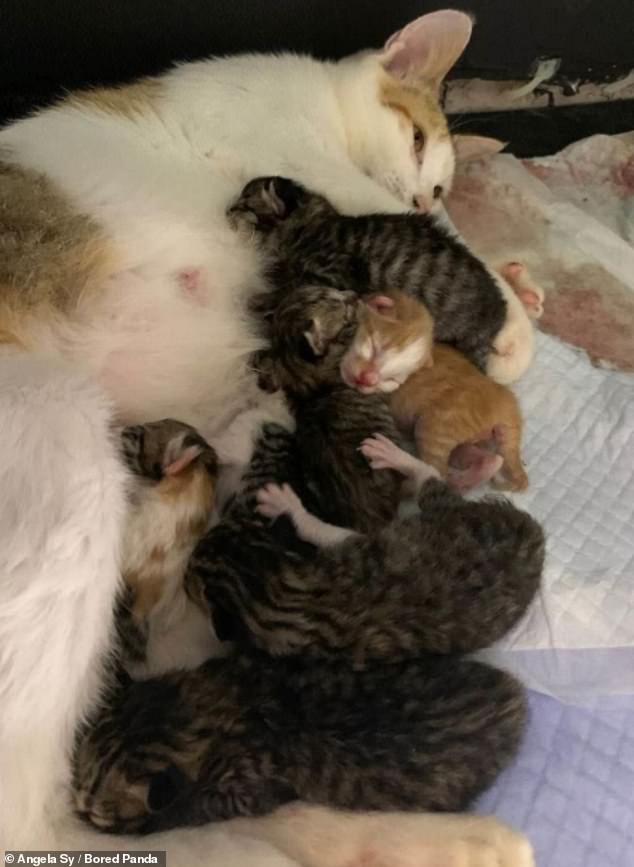 Even though the mother was exhausted after giving birth, she still fed and cleaned them all 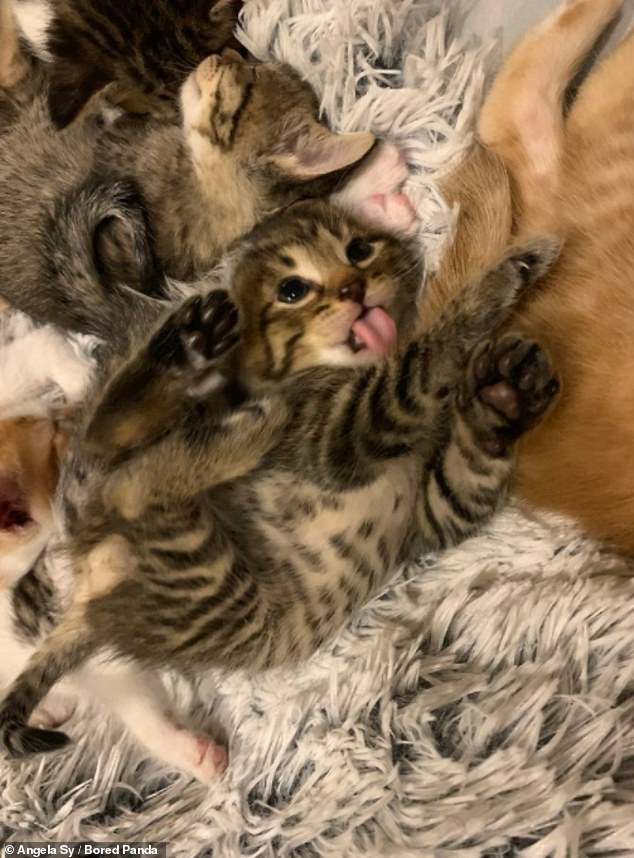 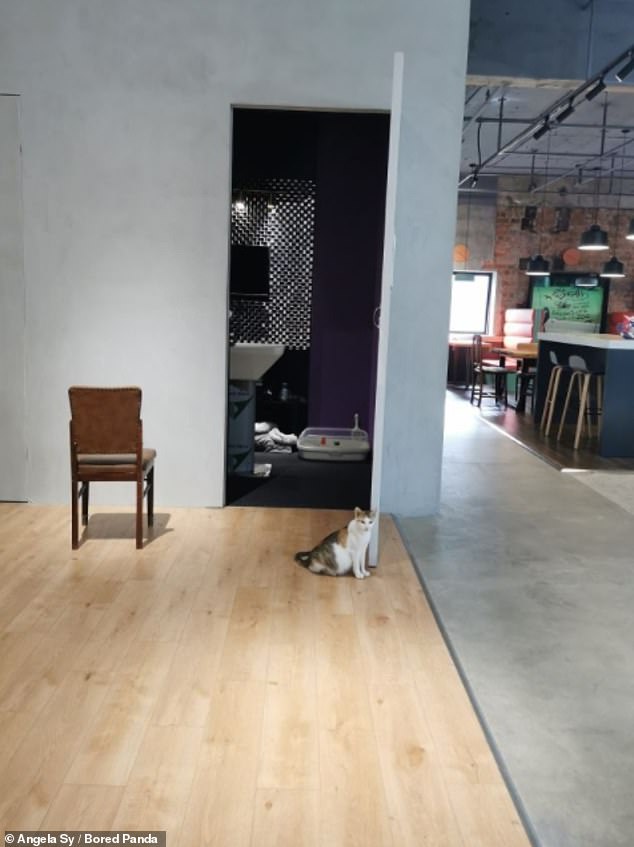 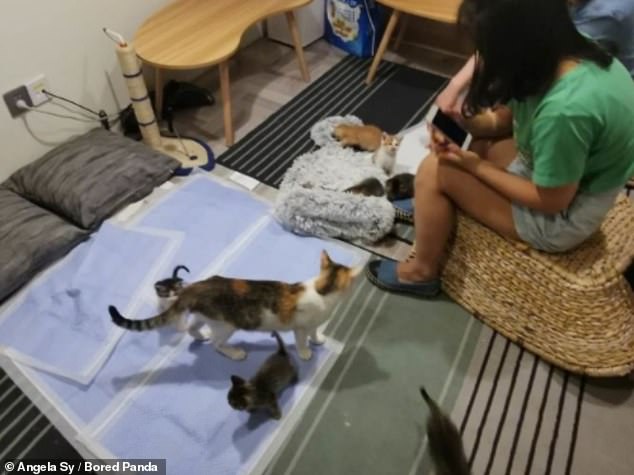 After around two weeks, Angela said the kittens began to open their eyes and after three weeks all of them had done so.

Each of the kitten was given a name – with the two gingers being named Pudding and Milk Topping and the smallest one being given the name of No Ice (translated from Mandarin).

After three weeks of life, the kittens started to eat on their own and at four weeks they learned to use the litter box.

At around the same time, Angela and her colleagues moved the cats to a bigger meeting room so they could all roam more freely.

The plan now is for Boba to be spayed so she cannot have any more kittens and then try to find someone to adopt the mother with at least one of her offspring. 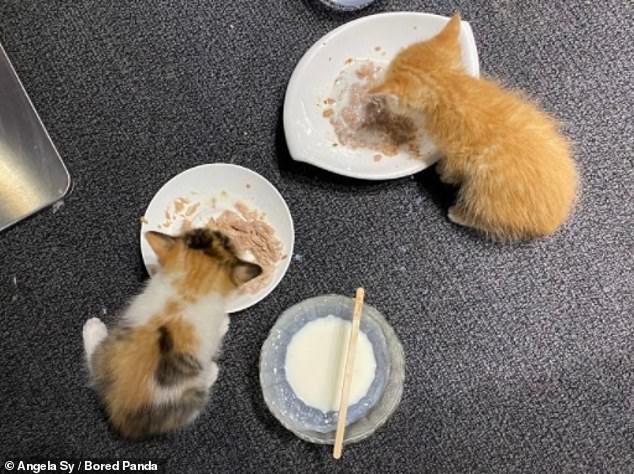 After around three weeks, the kittens started to eat on their own 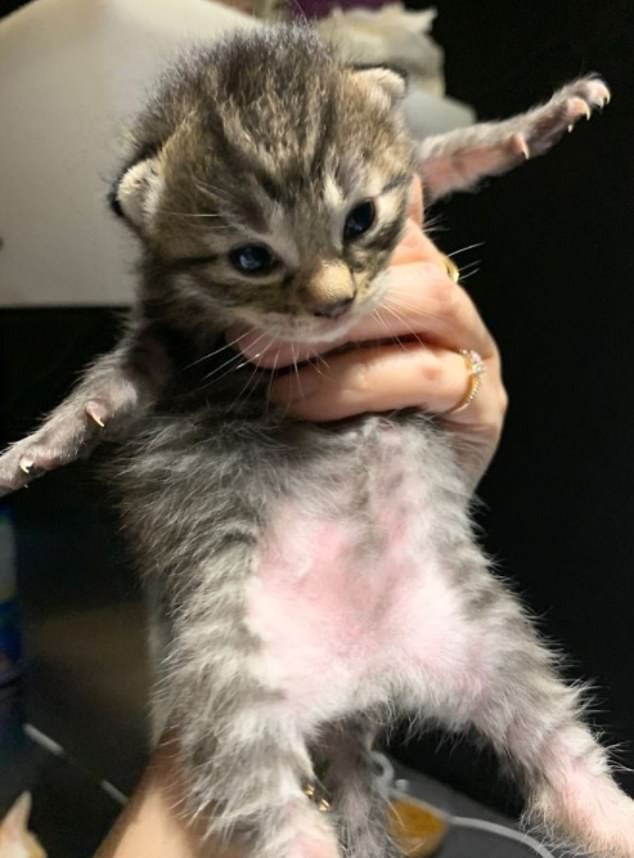