A savvy woman has revealed how she managed to overhaul her brother’s drab and dated kitchen into a chic monochrome space for just £150.

Charlotte Tarry, 35, from Maidstone, managed to renovate the kitchen in just 24 hours in order to surprise her brother Ben, 34 using a lick of paint and floor stickers from eBay.

She shared the results of her efforts on the Extreme budget & DIY Hacks Facebook group, explaining: ‘A kitchen make over I did for my brother in 24 hours… (Just a quick tidy up before it gets extended so it’s by no means perfect!) Pretty exhausted now.’

Many people praised her efforts, with one commenting: ‘What a transformation and in just 24 hours too! Took me weeks to makeover my kitchen!’ 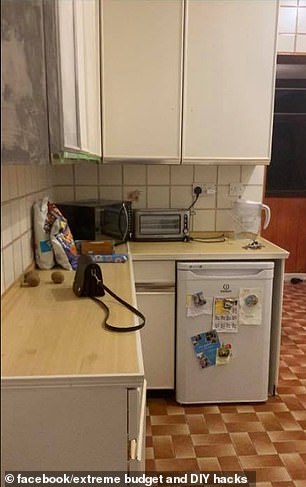 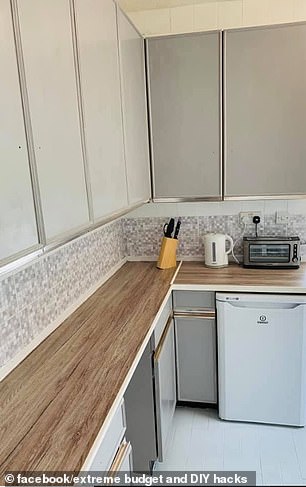 Charlotte Tarry, 35, from Maidstone, managed to renovate the kitchen in just 24 hours in order to surprise her brother Ben, 34 using a lick of paint and floor stickers from eBay (left, before, and right, after)

Meanwhile she also searched through eBay for cheap bargains, uncovering  90 adhesive tiles for £30 and two rolls of wooden effect Fablon for £20.

She told The Sun that her brother has had a busy few months renovating the entire house, and she was motivated to do the extreme makeover to ‘relieve the pressure a little bit.’ 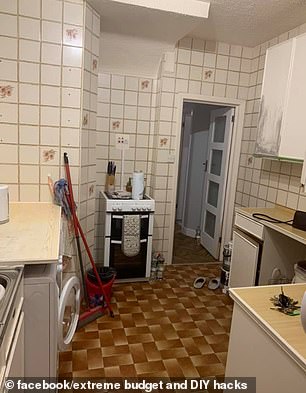 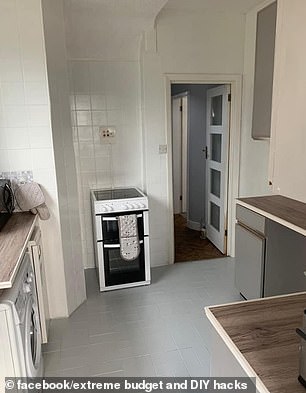 Charlotte managed to transform the space using just £150 by searching for bargains on eBay and craftily painting the dated tiles with neutral and fresh grey tones (left, before, right, after) 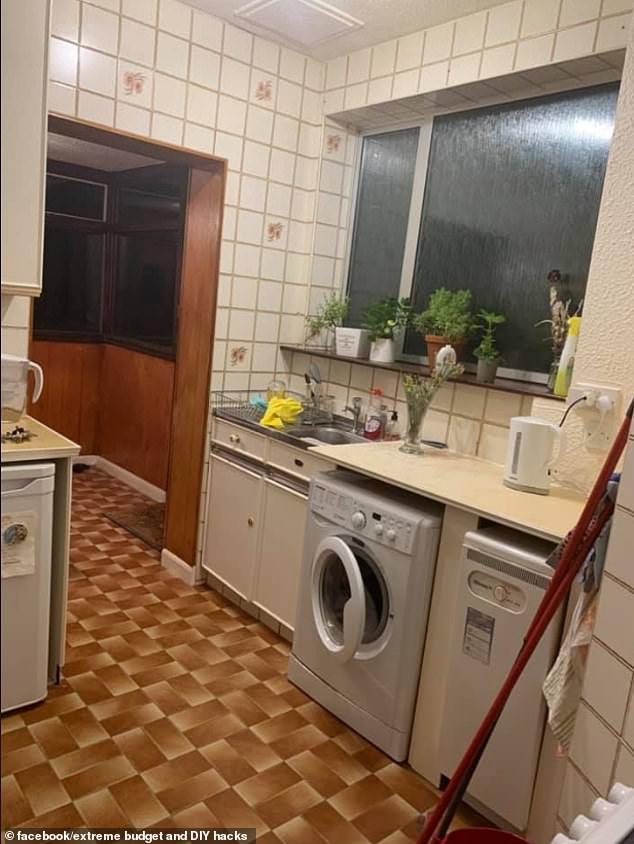 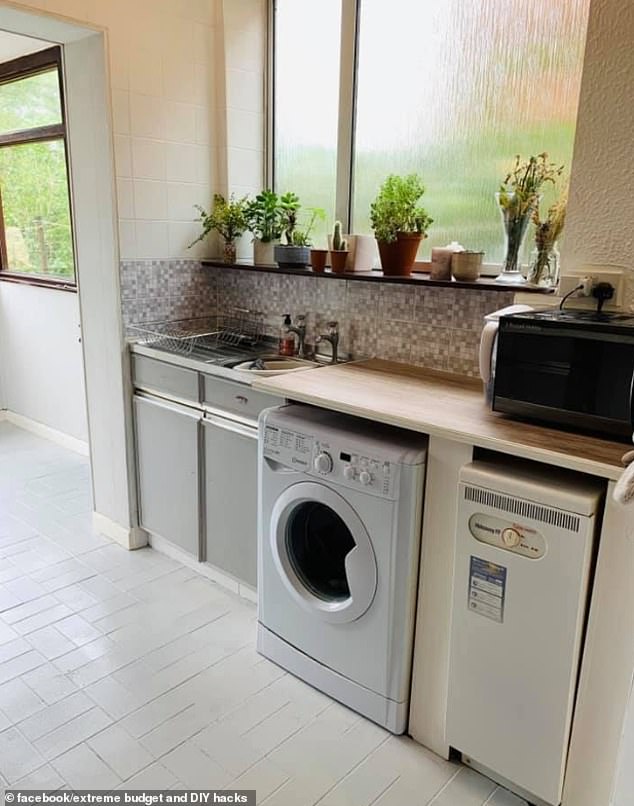 Charlotte noticed that her brother had gone for a grey theme throughout his home and decided to replicate it with her efforts in the kitchen.

She said Ben had thought the kitchen was ‘dreadful’ before the renovation, and ‘very dated’ with dark wood panelling and drab brown tiles.

He had been desperate to get a new extension built for his home in because he said he ‘couldn’t bare’ the kitchen.

She said: ‘The most challenging part was definitely the time scale. My brother was away for the night and it was the perfect opportunity to make the most of the empty house and get to work. 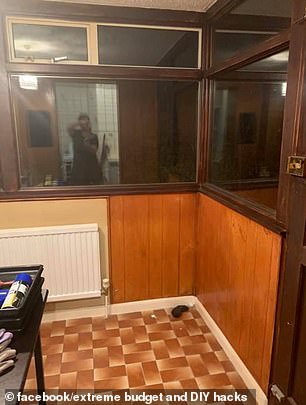 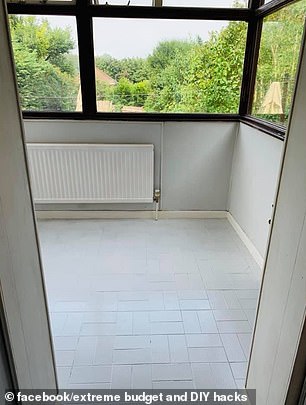 ‘I really wanted to have it finished before he came back so he could enjoy it.

‘So I had a few hours sleep and started again first thing in the morning adding touch ups to places that needed it.’

She painted the ceiling, tiles and cupboard doors before upcycling the worktops with Fablon from eBay and used adhesive tiles around the worktop areas.

She said her brother was ‘shocked’ and ‘totally taken aback’ when he arrived home to discover her efforts.

Social media users heaped praise on the DIY expert, with many praising her for managing the transformation in such a short  amount of time

Her post raked up hundreds of likes and comments with strangers left impressed by Charlotte’s DIY skills and kind gesture to surprise her brother with a kitchen makeover.

One commented: ‘Wow, amazing. About to start mine tomorrow but be more than 24 hrs.’

While another wrote: ‘Absolutely brilliant in short time and low cost..looks fab.’