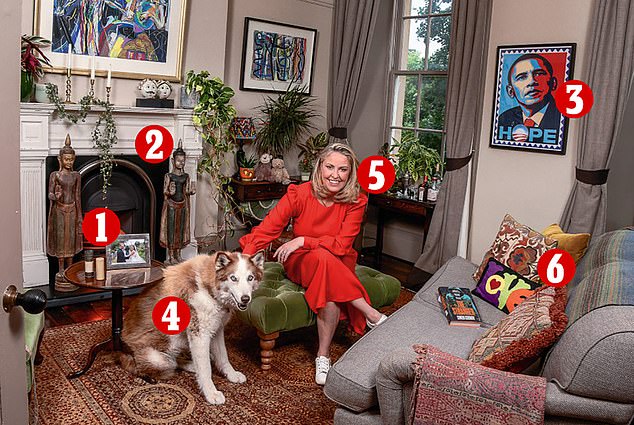 Sarah Smith, the 51-year-old broadcaster and Today programme presenter shared the stories behind a selection of items in the living room of her Glasgow flat 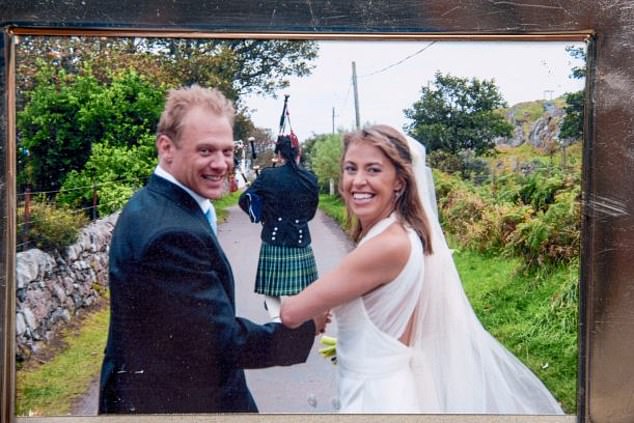 I met my aid worker and novelist husband Simon [Conway] through his sister in 2006.

We got engaged ten weeks after we began dating and were married within a year.

This picture was taken after our wedding at historic Iona Abbey, on the island of Iona, off the west coast of Scotland.

My late father John [the former Labour leader] is buried in the graveyard outside so a big part of the reason for marrying there was so that he could be there too.

Travel is a passion of mine – if it wasn’t for Covid-19 I’d be hiking through Yosemite National Park right now – and I spotted this pair of striking Buddha-like figures in a market on a trip to Cambodia.

Mind you, they’re an ever-present reminder of a wonderful holiday.

This Barack Obama poster reminds me of the excitement of covering the primaries for the 2008 US presidential election while I was Washington correspondent for Channel 4 News.

I got to ask Obama a couple of questions at early campaign events, but as soon as he seemed likely to get the Democrat nomination he got secret service protection and it became impossible to get near him.

Meet Tostig, our beautiful Siberian husky. I got him while working in America. Simon and I fell for Tostig instantly, with his piercing blue eyes, when we saw him – and he kept my husband company when I was on the road Stateside.

He’s not nearly as affectionate as I’d like – I’ve tried to get him to cuddle me but to no avail.

But he keeps me fit because he needs a lot of exercise. The colder the better for Tostig – he’s never more excited than when it snows. 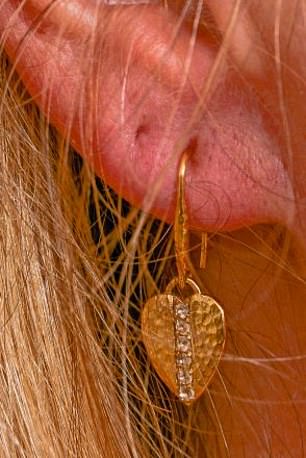 A friend gave me these stunning gold earrings a few years ago, and the first day I wore them they brought me luck – minutes after missing a train I got a call from the office telling me they now wanted me to get on a flight to America, which I would have missed if I’d caught the train.

So, ever since, if I’ve got a big interview or challenging broadcast coming up, if it’s the first day on a new show or I’m anxious about something, I reach for them to make sure lady luck is with me.

6. I’LL HAVE YOU IN STITCHES

Needlepoint is something I find very relaxing, and my flat is full of cushion covers – like the ones pictured here – and tapestries that I have made myself.

My grandmother taught me to sew, knit and crochet as a child and whenever I have a spare moment – be it on the sofa in front of the TV or sitting in the back of an edit van – you’re likely to find me sewing away.

Concentrating on such a physical activity is a great stress reliever after a long day at work.

Some of my tapestries even feature the odd naughty word, which amuses my friends. 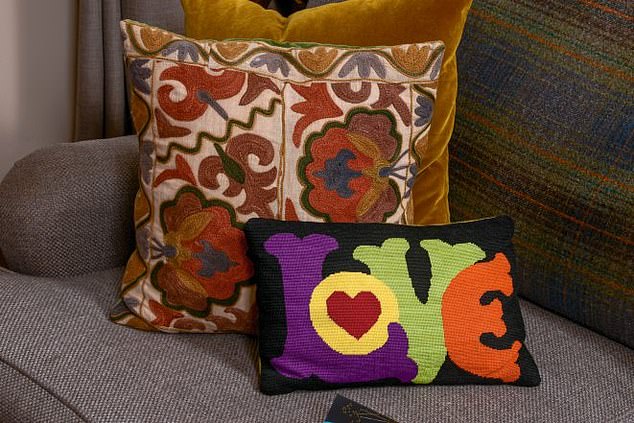 Sarah’s flat is full of cushion covers, like the ones pictured above