When Sarrah Shattock woke early on Sunday, August 23, her mind was on one thing: how to keep her three children under the age of 10 entertained in lockdown.

But plans to overcome the drudgery of a 46th day under Victoria’s coronavirus restrictions screeched to a halt when she discovered her one-year-old daughter Pippa coloured purple from head to toe, beaming up from her cot.

Much to Ms Shattock’s horror, her son Bentley, four, had assumed responsibility and entertained himself by dousing his baby sister in hand sanitiser and ink from a ballpoint pen he had stolen from big sister Miah’s pencil case.

The 33-year-old told Daily Mail Australia she didn’t know whether to ‘laugh, cry or be mad’ when she found her youngest child transformed into a cartoon character. 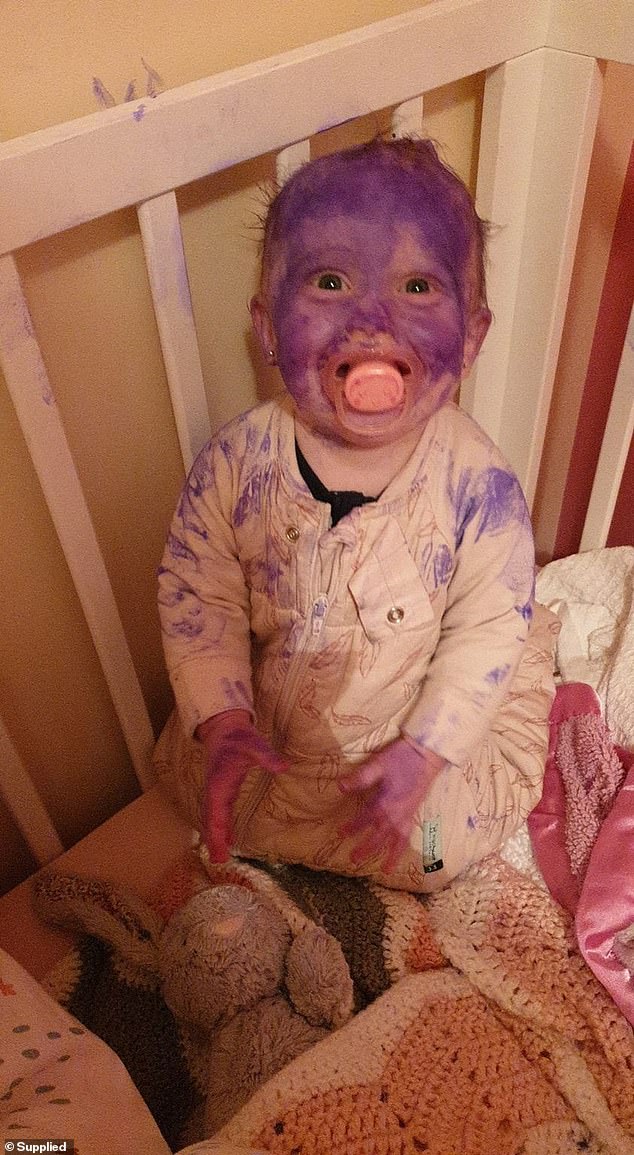 ‘I couldn’t really be mad because the laughter just took over. Every time I looked at Pippa I burst out laughing!’ she said.

But her amusement quickly turned to horror when she realised she had no idea how to safely strip the colour from her little girl.

Ms Shattock turned to popular Facebook group Mums Who Clean for advice on removing ink from her infant and carpet, which had been stained a striking shade of violet in the vicinity of the cot.

Hours of gentle scrubbing with baby body wash thankfully removed the purple hue, and three weeks later Pippa has fully recovered from her colourful ordeal – but the unsalvageable carpet in her nursery is still waiting to be replaced. 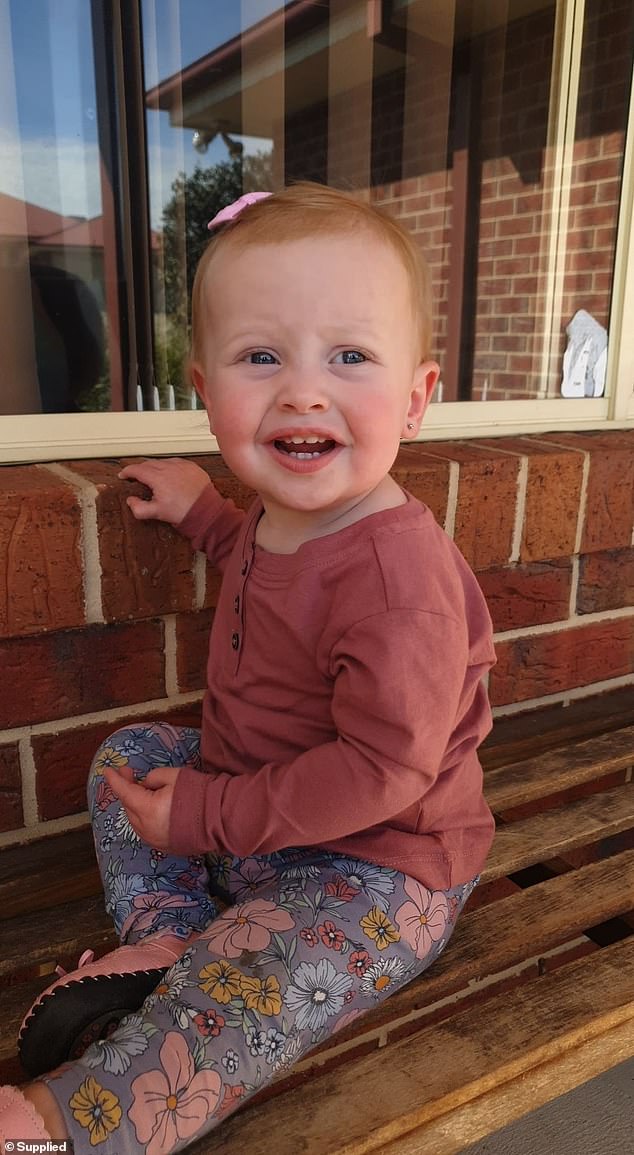 Three weeks on, Pippa has fully recovered from her colourful ordeal – but the unsalvageable carpet in her nursery is still waiting to be replaced

A photo of Pippa grinning from ear to ear has since gone viral on social media, drawing delighted responses like ‘I almost choked laughing’, ‘amazing, look how proud she looks’ and ‘this has made my day’.

‘Your daughter looks pretty happy with her new paint job. Cuteness and hilarity rolled into one photo,’ one woman replied.

‘Have kids they said. It will be fun they said,’ said a second.

A third joked that son Bentley was simply expressing himself and showing signs of becoming a ‘budding artist’. 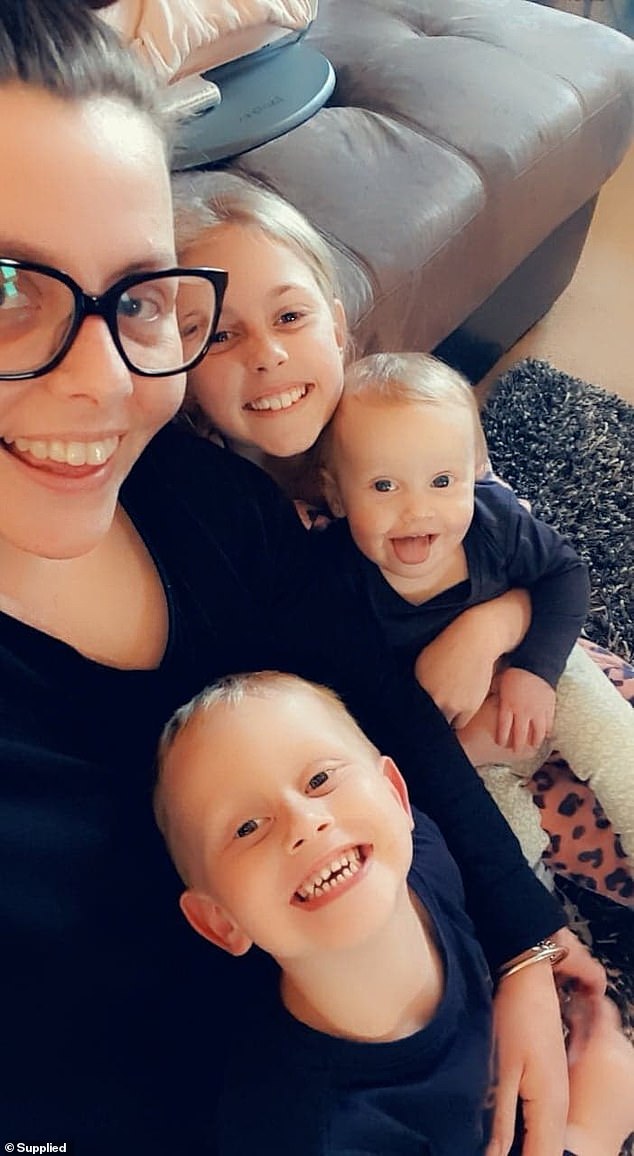 Sarah Shattock (pictured with daughters Miah, nine, and Pippa, one, and son Bentley, four) said she didn’t know whether to ‘laugh or cry’ after discovering her youngest had been transformed into a cartoon character

Others likened purple-stained tot to the evil minion from Despicable Me 2 and an Oompa Loompa from Roald Dahl’s classic, Charlie and the Chocolate Factory.

Ms Shattock said there will be no more hand sanitiser or ballpoint pens kept in pencil cases, and feels thankful that Bentley avoided spilling sanitiser or ink into his sister’s eyes or mouth.

She said she was relieved to have restored Pippa’s natural skin tone with relatively little hassle.

‘What else do you do when you’re in lockdown? she laughed.