Sarah Hyland clapped back at a critic over her naturally curly hair after the person asked if she was attempting to bring ‘the perm’ back.

On Tuesday a fan tweeted at the Modern Family actress, 28, while sharing a story from DailyMail.com and asked about her curly hair. The tweet read: ‘@Sarah_Hyland bringing back the perm?!’

But Sarah appeared unamused by the Tweet and responded, ‘I’d like to say this once. IT’S NOT A PERM. IT’S JUST MY HAIR.’ 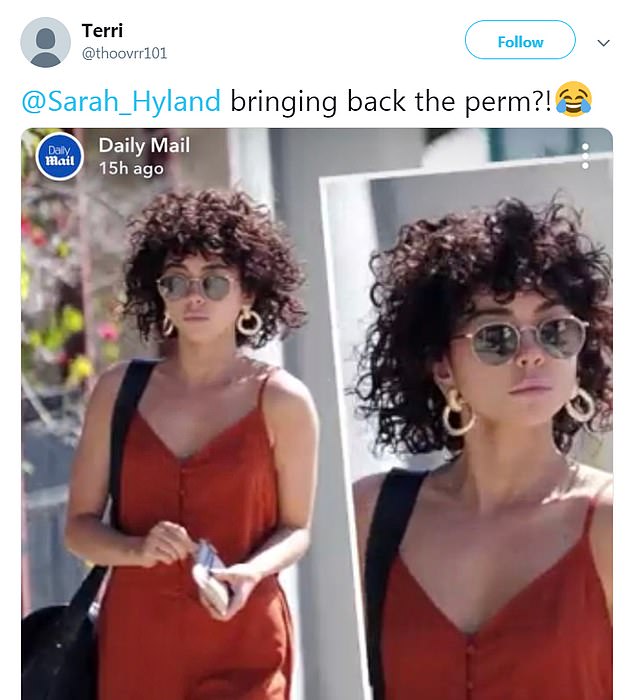 Curious: Sarah Hyland, 28, was tagged in a tweet on Tuesday with the fan asking if she got a perm after they shared pictures from DailyMail.com’s Snapchat

Not happy: She responded to the fan by informing them the curls were all natural 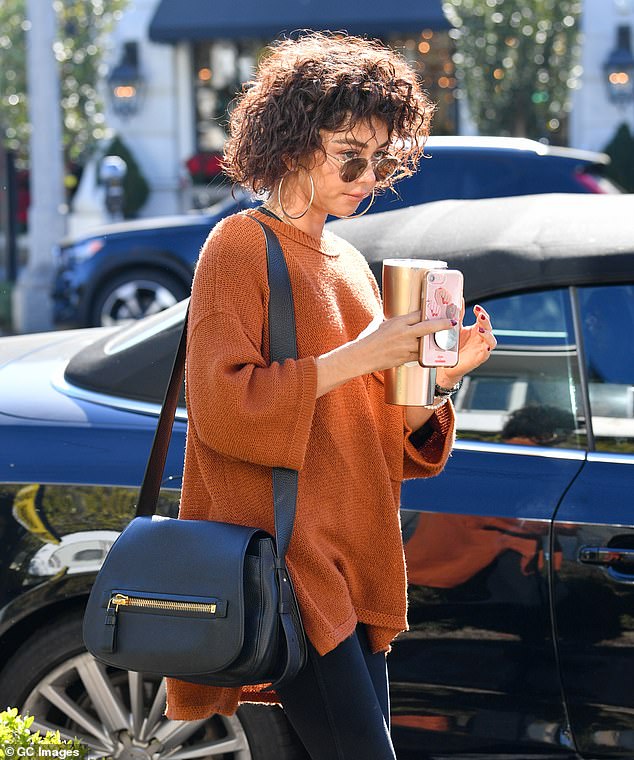 Get the look: Fans are used to Sarah rocking straight hair for Modern Family, but she recently chopped her hair off after she wrapped up filming

Educate yourself: People said the person was clearly uninformed when thinking her hair was permed instead of natural

In March, Sarah took out her long hair extensions — which she wore for her Modern Family character — and instead received what she described as a ‘shagadocious’ short hairstyle from Nine Zero One salon in Los Angeles, California.

The new hairstyle has been modeled frequently by Sarah with her natural curls, but it appears some fans thought the actress also received a perm with her new cut.

After the judgmental tweet, fans quickly came to the defense of the actress on Twitter and said the uninformed observer was obviously not paying attention to Sarah’s go-to hairstyles.

‘Educate yourself & follow her, even for the last week & you’ll know this is her natural hair,’ one commenter responded to the tweet.

Another supporter responded to Sarah’s clap-back tweet, writing: ‘A perm could never look that good.’ 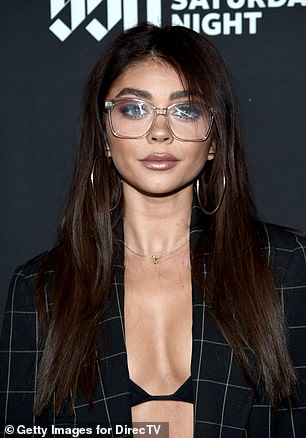 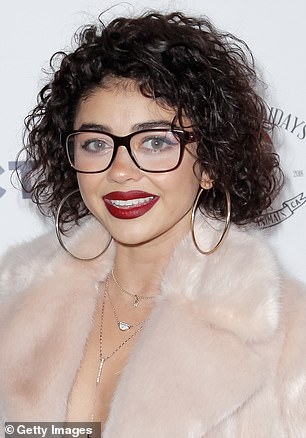 Difference: Sarah has been rocking her natural hair more and more since she wrapped up filming the current season of Modern Family

Relatable: Many people commented on Sarah’s tweet saying they related to her frustration with others assuming their hair was permed

Annoyed: People called it ‘frustrating’ when others felt the need to comment on their curls 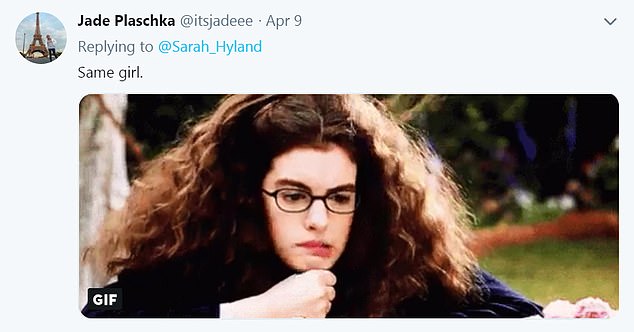 In it together: Fans offered kind words to the star after she aired her frustrations online

True: One fan called curls ‘a blessing and a curse’ based on how people automatically thought the hair had to be permed

Want: Another fan expressed how much she loved Sarah’s hair naturally curly and wanted the same texture for her own hair

The tweet inspired other people with naturally curly hair to mention all the times they, too, have received uneducated comments from strangers accusing them of perming their locks.

‘Girl…I had a woman at the bar tell me she “loved my perm” once, nope, this is just my hair lol,’ one frustrated commenter wrote.

Another tweeted: ‘Story of my life! So frustrating.’

Sarah has previously shut down critics about her appearance after online trolls decided to target her weight last August. 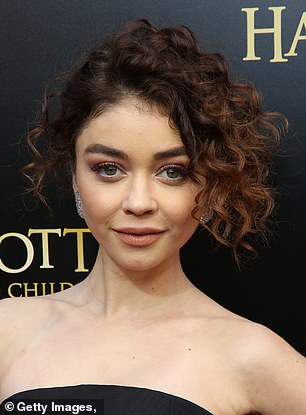 Back off! Sarah previously targeted online trolls last year after they criticized her weight and said she should eat more

The star explained at the time she was receiving a number of messages from people saying she was too skinny.

‘I’ve been reading some of your DMs and so many of you are like, “Girl, you fine but like, eat some bread!” So I would like to put in a request for anyone who is concerned about my bread consumption to send to Wells Adams, because he is the sole person who knows about how much bread I consume on a daily basis. Thanks! Love you, mean it, k bye,’ Sarah said in her Instagram Story at the time.

Her boyfriend then backed her up on his own account so no one would be confused about how much food Sarah consumed.

‘Just saw Sarah’s story,’ Wells said on his own social media page. ‘Apparently there are concerns about how much bread she eats. I can vouch for her that she truly is — she’s not a carnivore, she’s a carbivore.’

Sarah has struggled with her weight and even hair loss due to her lifelong battled with kidney dysplasia. The serious illness has forced the star to undergo two kidney transplants; her most recent transplant happened in September 2017.

Despite her medical difficulties, she still attempts to keep her sense of humor when dealing with the internet trolls who choose to judge her appearance.

She often uses her social media account to show people she is unafraid to challenge critics, whether it be about her hair or the size of her body.