Sarah Ferguson has shared a sweet photo of her two good friends, Tanya and Nadim Laperouse, in order to raise awareness during allergy awareness week.

Taking to her Instagram account, the Duchess of York, 60, shared the photo, which seems to have been taken before lockdown, and penned: ‘I am united with my good friends Tanya and Nadim in their battle against allergies and during allergy awareness week it’s vital for us to remember the importance of their work.

‘Tanya and Nadim founded the @natashasfoundation in memory of their darling daughter Natasha and are dedicated to finding a cure to allergies and making our world a safer place.’

Natasha Ednan-Laperouse, 15, died four years ago after suffering a reaction and going into shock on a flight when she unwittingly ate sesame seeds to which she was allergic. 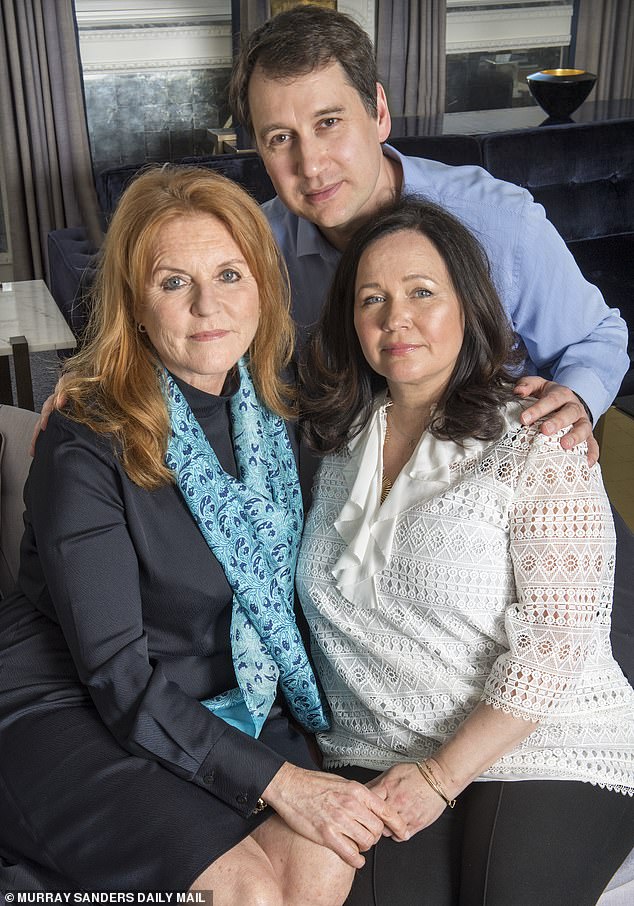 The Duchess of York, 60, took to Instagram to share a snap of her ‘two good friends’, Tanya and Nadim Laperous (pictured) 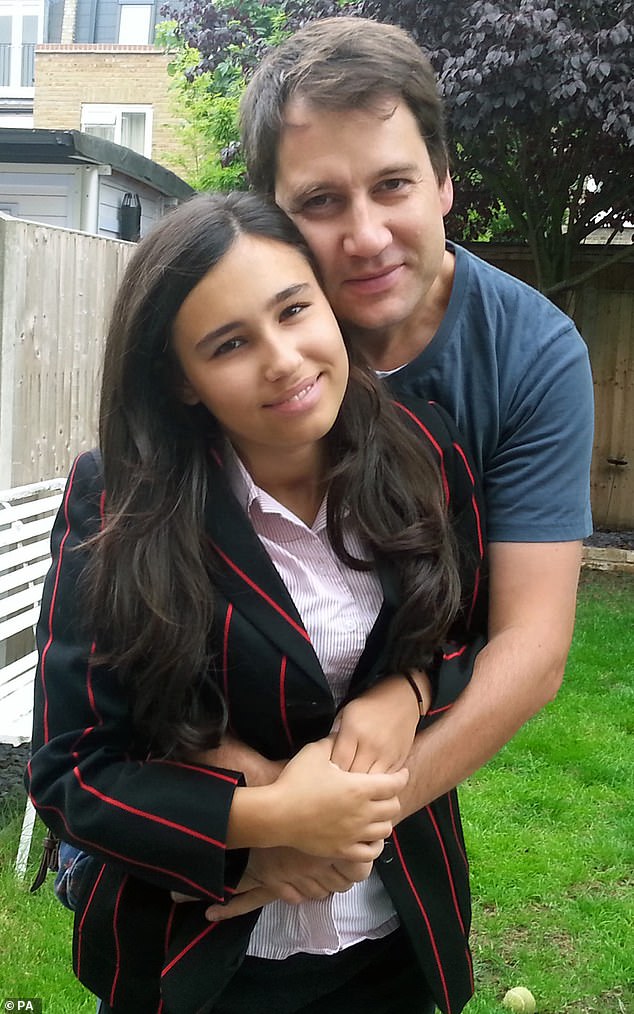 Natasha Ednan-Laperouse (pictured with her father Nadim), 15, died four years ago after suffering a reaction and going into shock on a flight when she unwittingly ate sesame seeds to which she was allergic 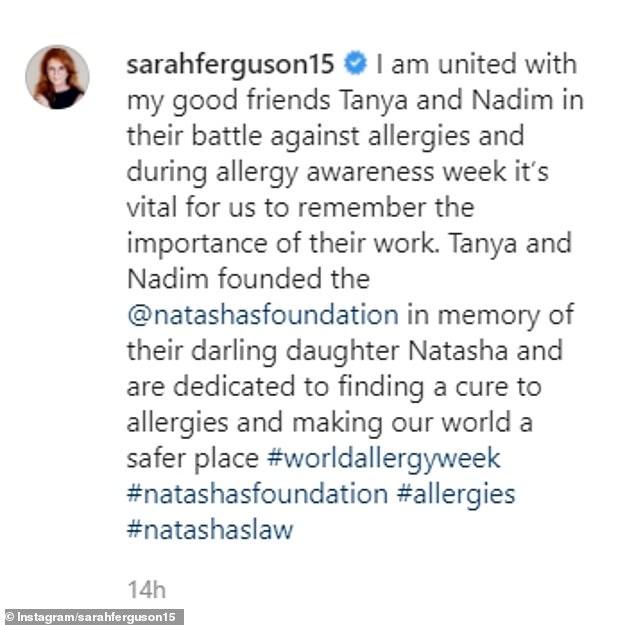 The royal became involved in the fight to change the law when she saw the parents crying on a return flight from Nice as they flew their daughter’s coffin home.

‘I was going through the airport and I heard them really crying,’ she said during an appearance on This Morning last June. ‘On the airplane I was sitting right behind them and put my hand rather rudely over the top.

‘And I said ‘I’m so sorry, I’ve just got to know, is there anything I can do? I feel so much pain for you’. 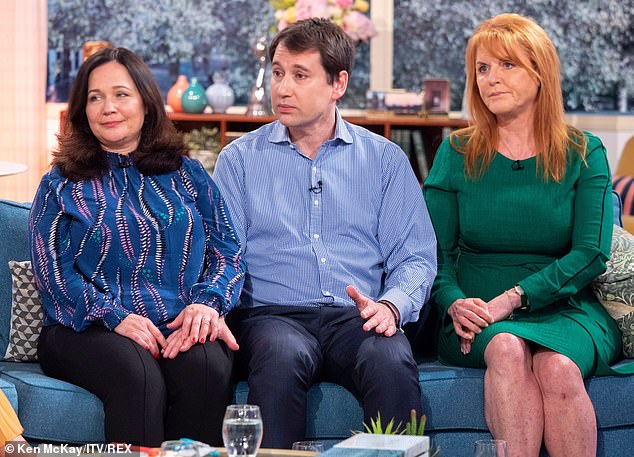 Tanya and Nadim Ednan-Laperouse are pictured alongside the Duchess of York on an episode of This Morning in June 2019, during which Sarah Ferguson revealed how she comforted the grieving parents

The Duchess was then horrified to be told that the teenager had died on the flight out to France.

Nadim told her that their daughter’s coffin was being flown in storage right beneath their seats after she died despite him administering her epipen.

An inquest heard both Natasha and her father checked the baguette bought at Heathrow and were ‘reassured’ by the lack of allergy warnings.

Natasha had been flying to Nice in July 2016. She used two epipens but suffered a cardiac arrest and died at a French hospital. Pret later apologised over her death.