Loose Women’s Saira Khan revealed she used to feel guilty for being happy until she met her husband Steve Hyde.

The TV personality, who was brought up in the UK by Pakistani immigrant parents, attributed these feelings to her childhood in the latest episode of her podcast Living Your Best Life.

‘I don’t want to be harsh on my parents, but they had quite a hard life, and I was brought up in a background of being cynical and negative, and didn’t probably see a lot of happiness around me,’ she explained.

She said the absence of happiness during her childhood led her to being unable to feel it in later life. 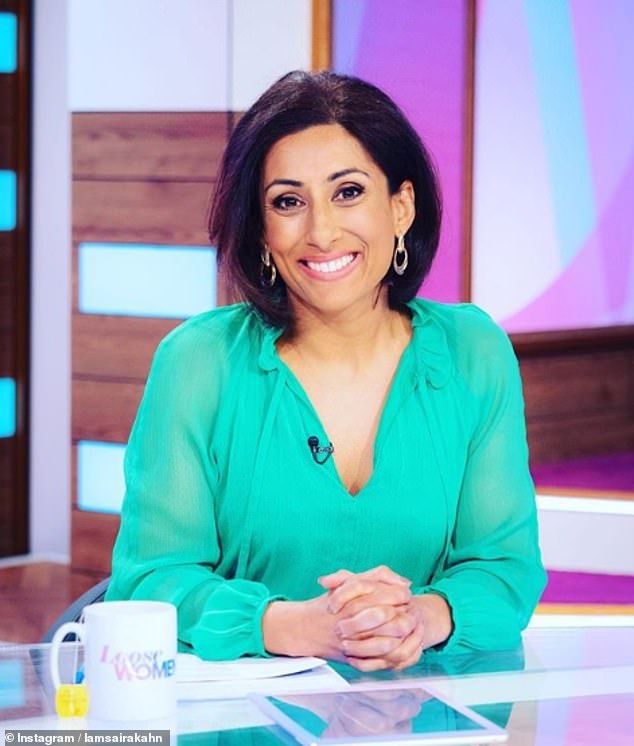 TV personality Saira Khan, 48, said she used to feel guilty for being happy because of her ‘cynical’ and ‘negative’ upbringing 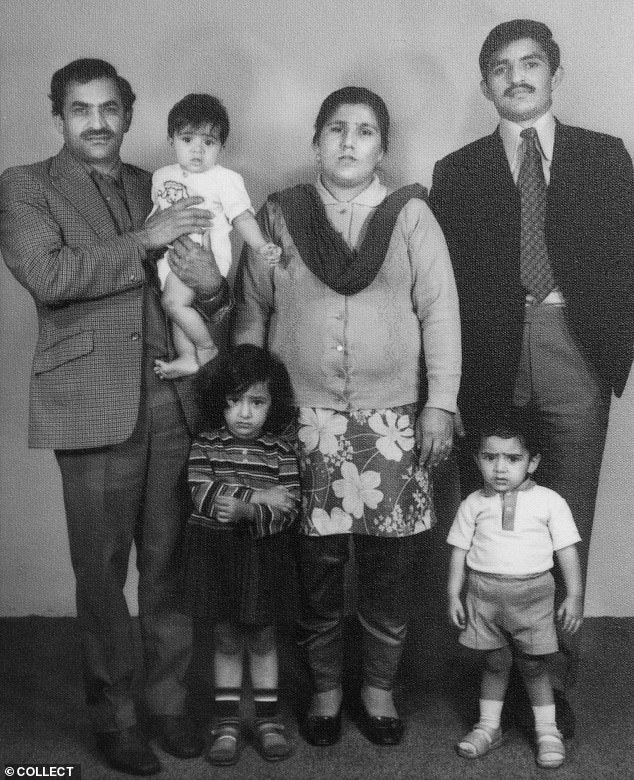 Saira as a five-year-old child with her family. She was born in Long Eaton, Derbyshire and raised in the UK. Her parents emigrated from Pakistan before she was born

Khan said her husband Steve taught her the value of treasuring the small things.

‘My husband had quite a joyful upbringing. It is the little things that he really appreciate.

‘He had a lot of happiness by sharing and introducing new ideas to me,’ she added

‘I started thinking, “oh my goodness  it’s okay to be happy”. 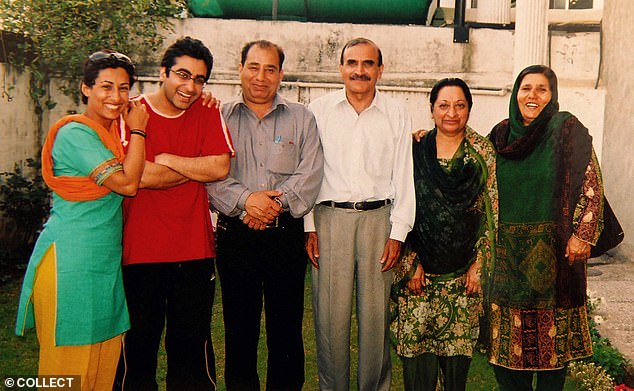 Saira with other members of her extended family on her 2007 holiday to Pakistan. The TV personality has opened up about her strict upbringing

‘I actual felt guilty being happy, because I felt ‘well I got a nice house now but I shoudn’t have, because I don’t deserve it and I don’t want to shout about it

For Khan, happiness is more of a ‘learned behaviour,’ that’s easy to forget.

‘We allow the stress to override and that’d be our way of thinking.

Khan opened up about her strict childhood before. 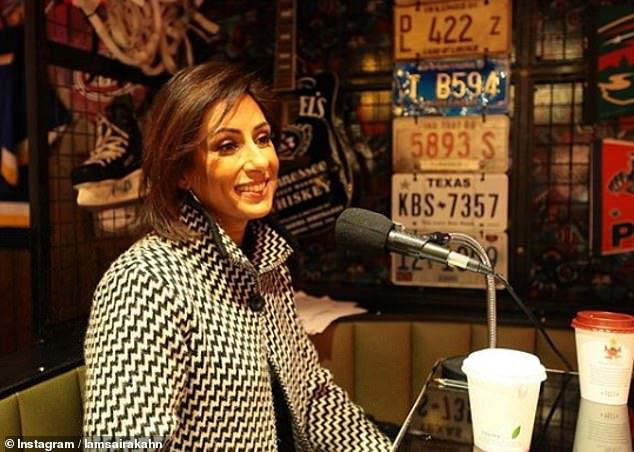 Saira’s podcast Living Your Best Life with Saira Khan is a six-episode series. The latest episode focused on what makes us happy and why we often fail to find our happiness

Back in February she revealed that her father used to beat her with a wire coat hanger until she bled.

‘I was caught wearing ankle socks when I was little and – I love my dad dearly – but my dad didn’t know anything else about discipline other than smacking,’ she said.

‘And I got home and I was hit on my legs until I bled with a wire coat hanger. And there were many occasions where we were disciplined like that,’ she added.

Saira’s father died when she was 28, and she has spoken about her turbulent relationship with him before.

‘We had a bit of a troubled relationship. And – I mean, I know he loved me,’ she said last year. 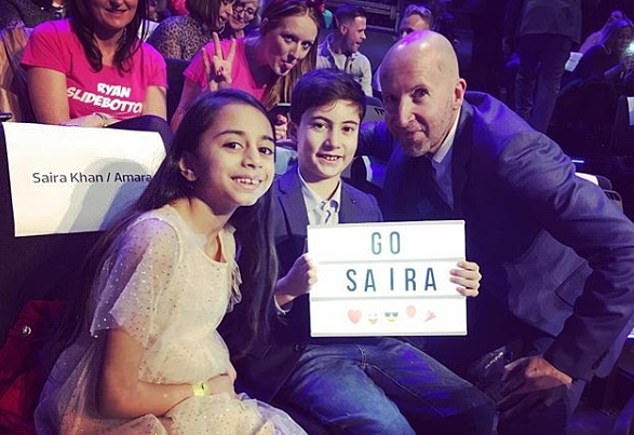 Saira’s family cheering her own during her time on Dancing on Ice. From left to right: daughter Amara, eight, Zac, eleven and husband Steve, 51

‘My dad never said “I love you” ever. And I think the production company here are asking me, “Have you got a photo of you and your dad?” And I don’t even have a photograph of me and my dad.

‘He just had this barrier. You know, he was snatched away from me really quickly and he was just getting to the stage in his life when our relationship was getting better and really good because I’d grown up and I was showing him I was capable of looking after myself.’

The former Apprentice and Celebrity Big Brother star was born in Long Eaton, Derbyshire and grew up in the UK.

Her father was Muslim and Saira was raised Muslim too.

Saira Khan is working with Direct Line on the ‘Living Your Best Life with Saira Khan’ podcast. A new episode is available every Thursday on iTunes and Spotify 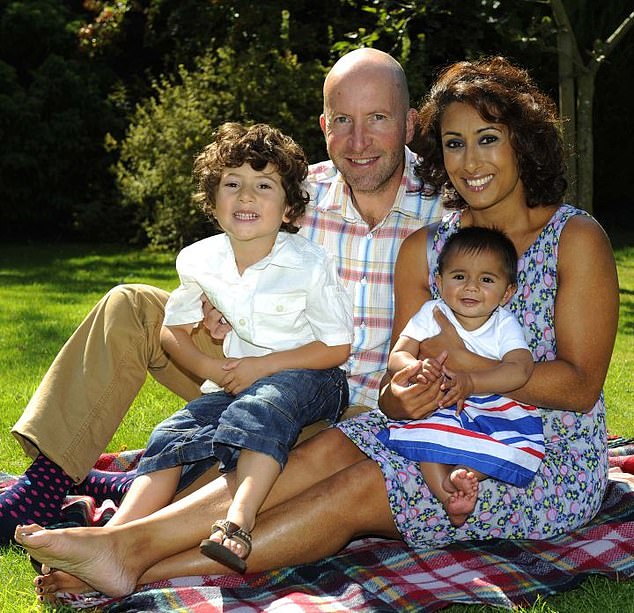 Saira with her husband Steve, son Zac and daughter Amara, who she adopted from an orphanage in Pakistan