They are the two most notorious and evil women in Britain – and yet both Rose West and Myra Hindley proved to be too vile for one another following their affair, a new documentary claims.

The House of Horrors killer was ‘in awe of’ the Moors Murderer and was ‘impressed by her intelligence’, West’s former defence lawyer of 12-years revealed in ITV’s Rose West & Myra Hindley: Their Untold Story with Trevor McDonald last night.

But the ‘romance’ between the serial killers soon dwindled when the latter, who along with her lover Ian Brady was jailed for life for the murders of five children in the 1960s, apparently took issue with West’s slaughtering of her own youngsters.

West, 66, now an inmate at HMP New Hall in West Yorkshire, murdered at least ten women and girls including her own 16-year-old daughter with husband Fred and was given a life sentence in November 1995.

During her suspected relationship, the murderer also discovered that Hindley, who died in jail in 2002 was a ‘dangerous manipulator’, according to the programme, which delves into the pair’s friendship while both in HMP Durham in the late 1990s.

Many of those watching at home said they were left horrified by the programme’s claims, with one commenting: ‘Hearing Myra Hindley and Rose West had a ‘special relationship whilst in jail is stomach churning – truly a match made in hell. 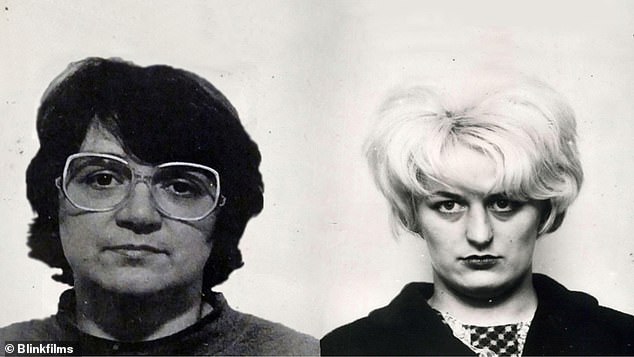 Rose West (left) was ‘in awe of’ Myra Hindley (right) and was ‘impressed by her intelligence’, West’s lawyer of 12-years revealed in ITV’s Rose West & Myra Hindley: Their Untold Story. 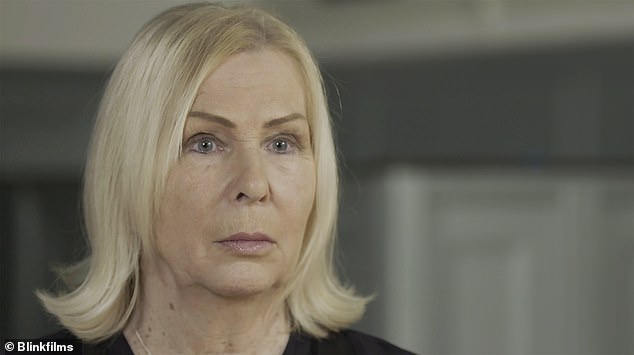 Fellow inmate the ‘Black Widow’ killer Linda Calvey, who was jailed for 18 years over her involvement in the death of her lover, Ronnie Cook, told the pair were ‘really close’

‘Thankfully, Myra is already burning in hell, so it’s one down, one to go.’

Rose’s former solicitor Leo Goatley, who represented her for 12 years including at her 1995 trial and published a book on the serial killer called Understanding Fred & Rose West, said: ‘I believe Myra Hindley and Rose West were lovers.

‘When I went to visit Rose West, she was very impressed with Myra Hindley. She told me about how Hindley was very intelligent.

‘To an extent, I think Rose West was in awe of her. Hindley was clearly someone who stood out as being special.’

Many of those watching at home were left stunned by the claims in the programme, with one commenting it was ‘stomach churning’

Fellow inmate the ‘Black Widow’ killer Linda Calvey, who was jailed for 18 years over her involvement in the death of her lover, Ronnie Cook – despite protesting her innocence, also appeared on the programme.

While in prison, Linda, who started her life of crime as a menacing getaway driver before becoming a gun-toting robber targeting banks, rubbed shoulders with some of the UK’s most notorious serial killers including Hindley and West.

Linda recalled: ‘They’d go into each others cells and they became really, really close, and I think the majority of the wing all thought there was an affair of sorts going on between them.

‘Everybody went “What a weird combination, they’ve become thick as thieves”. 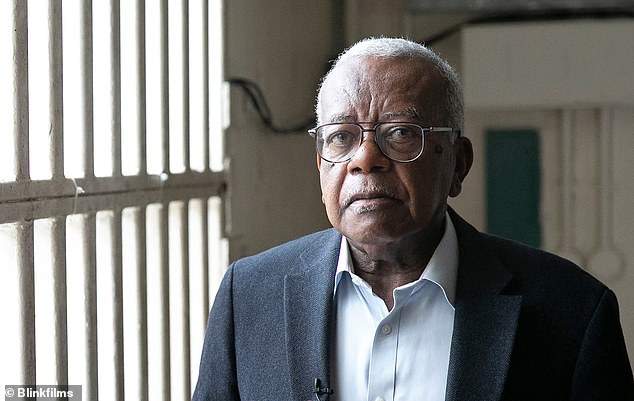 ‘It was really weird that they suddenly became best friends. They were with each other all the time, they had their breakfast together, they’d sit and have their tea.’

Criminal psychologist David Canter said on the documentary: ‘Early on West would’ve looked to Hindley for help, so she would’ve used sex to get what she wanted.

‘Hindley would’ve been aware of that and she potentially could’ve used West to her own advantage.’

But in 1996, just months after first meeting, inmates claim cracks started to appear in the couple’s friendship. 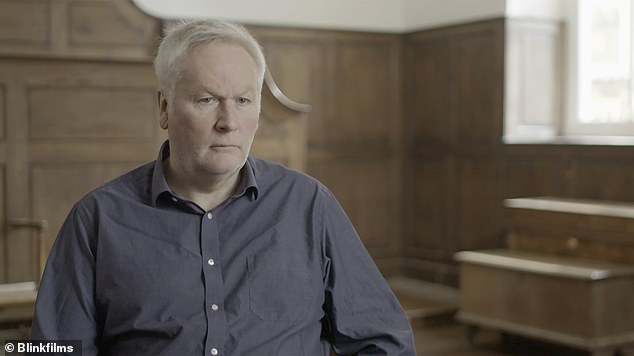 Linda said: ‘They became really, really close for about six weeks, and as quick as it started, it just ended. It stopped and they just weren’t even speaking to each other.

The Wests regularly took on lodgers in their Gloucestershire property, which was also home to ten of their children.

To supplement their income, Rose would solicit to both men and women in one of the upstairs bedrooms, while Fred would watch through peep holes.

Rose West, 65, was convicted of 10 murders and is one of a very few female prisoners serving a whole life tariff.

Her husband, Fred, confessed to the killings in 1994 and committed suicide while on remand at HMP Birmingham a year later.

Fred is also believed to have also killed 15-year-old Mary Bastholm, although her remains have never been found.

‘I spoke to Myra, and I said it was really weird that you were really close with Rose and then you suddenly parted, and she said “yeah, well I thought about it and I thought she killed her own children, do I want to mix with someone like that.”

‘I said to her, “well, you killed children”, and she went “yeah, but they weren’t mine they were other peoples” and she said it so matter of factly as if it didn’t matter, and that was Myra, Myra didn’t have any remorse about anything.’

Mr Goatley added: ‘The next time I visited, a couple of months later, things had turned very sour between West and Hindley.

‘Rose said: “You’ve got to watch that one, she’s very manipulative, she’s dangerous that one. I want nothing to do with her, not going to let her take me for a c*** again.”

‘I think clearly that demonstrated a deep sense of hurt, that somehow she’d been caught out by Myra Hindley. That some how she’d given more than she wanted to Hindley and it had somehow cost her.’

Elsewhere, Mr Canter suggested that West probably realised she was being played by her lover, who was most likely trying to control her.

‘Having realised what was going on, she didn’t want anymore of it because she thought this would lead her into trouble or reduce her own control,’ he added.

At the time of their trials, both killers denied their crimes. But after 20 years, Hindley decided to break her silence and talk about the active role she played in the Moors Murders. To date West has never admitted her role in the killings.

Mr Goatley, who first revealed the couple’s suspected romance last year, says the affair with Hindley was one of many female relationships West enjoyed from the start of her life sentence. 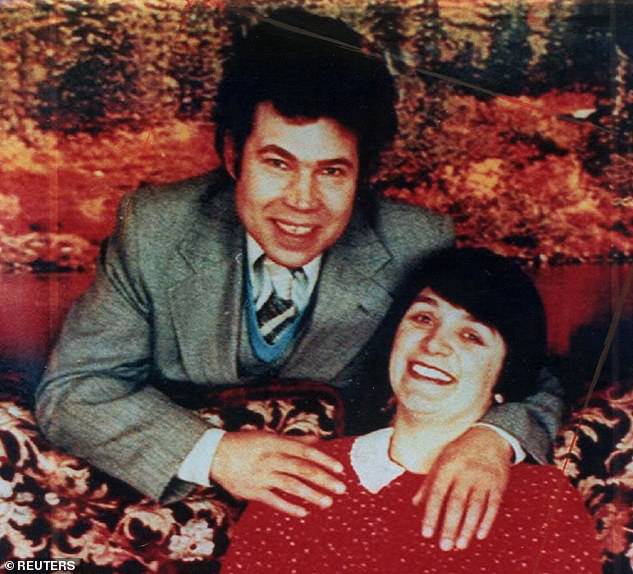 Fred and Rose West are pictured together above. The case against Rose was placed in jeopardy when Fred, accused of 12 murders, committed suicide aged 5, in Winson Green prison in Birmingham

Many of those watching were horrified by the programme, with one commenting: ‘Well I didn’t know these two psychos were together.’

Another wrote: ‘The programme about Rose and Myra was a grim but fascinating exploration of the very dark and damaged personalities of two unfathomable evil manipulative people.

‘More substantial insights than I had expected.’

A third commented: ‘Are you telling me Rose West and Myra Hindley were lovers in prison? What the actual f***?’ 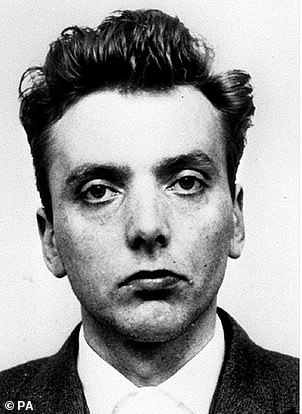 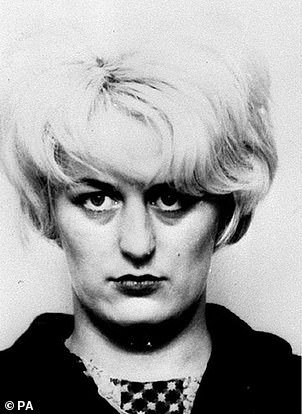 Mr Goatley, who first revealed the couple’s suspected romance last year, says the affair with Hindley was one of many female relationships West enjoyed from the start of her life sentence. Moors Murderers Ian Brady (pictured left) and Myra Hindley are pictured above

After West was convicted in November 1995, the Daily Mail revealed in an exclusive front page story that she had formed a close friendship with Hindley – and that the pair had even been seen holding hands in jail.

The revelations prompted an angry response from Hindley, who made an ultimately unsuccessful complaint to the Press watchdog, alleging she was the victim of smears and lies.

The BBC was leaked a copy of her complaint and the case made headlines. 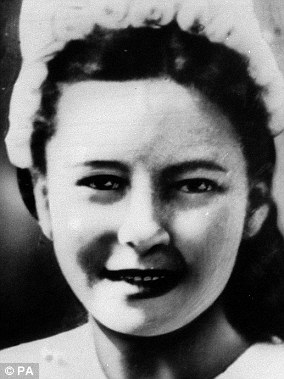