Queen Maxima of the Netherlands looked effortlessly chic in all white as she attended a charity project in Rotterdam today.

The royal’s appearance at Thuis West Community Center comes a week after she and King Willem-Alexander were forced to issue a personal apology when they faced citicism for not social distancing during their holiday in Greece.

Despite the backlash, the mother of three smiled widely and looked incredibly elegant as she entered the building. 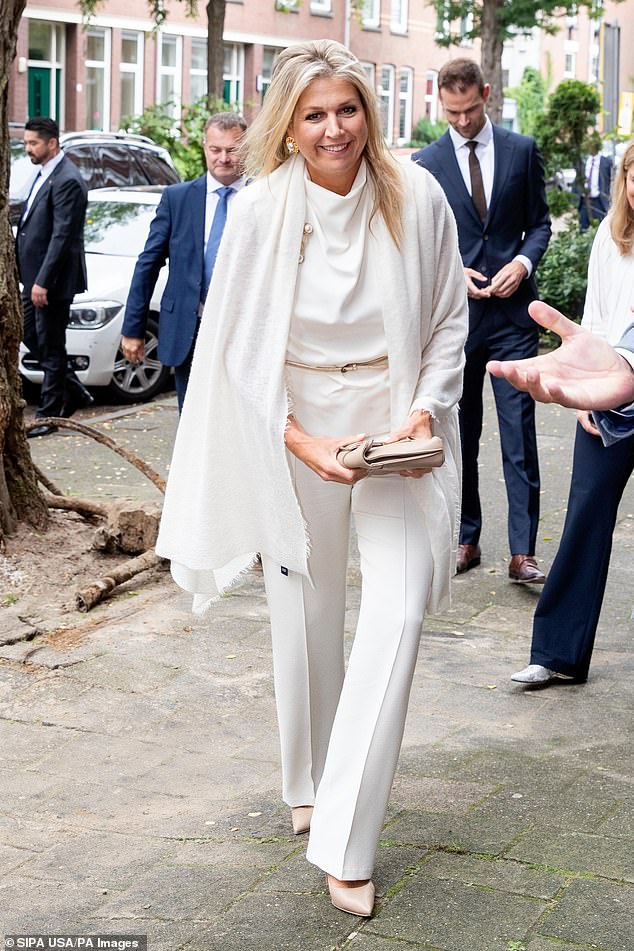 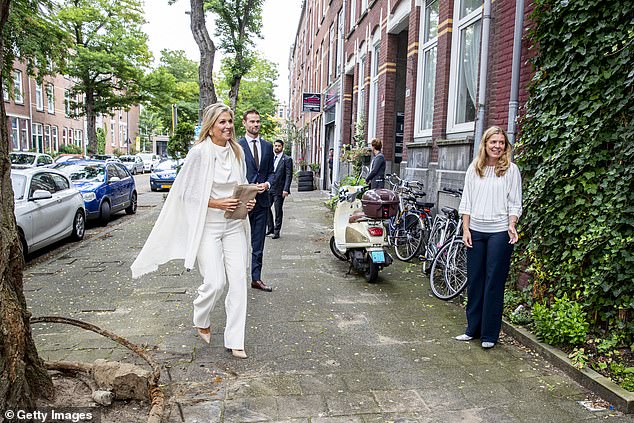 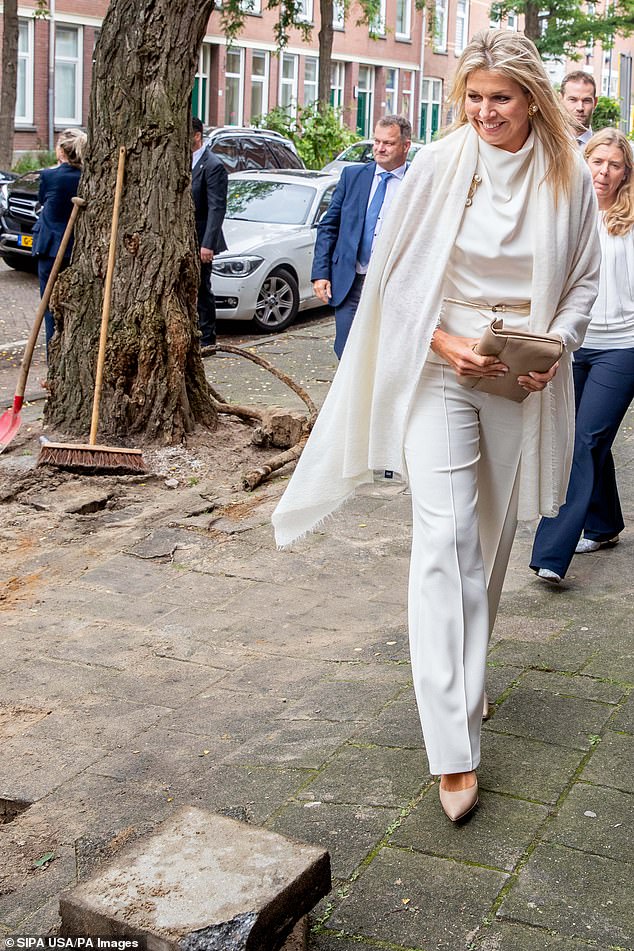 The Queen, 49, wore a pair of white flared trousers which hung just below her ankle to reveal a flash of the nude heels she paired them with.

Adding to the all-white look she opted for a ruched high neck blouse – adding a decorative gold and pearl brooch close to her right shoulder.

Keeping things low key, the royal wore a pair of round, chunky earrings with a large pearl in the centre, to match her other accessory.

To tie the items together she wore a thin belt around her waist, creating a beautiful silhouette. 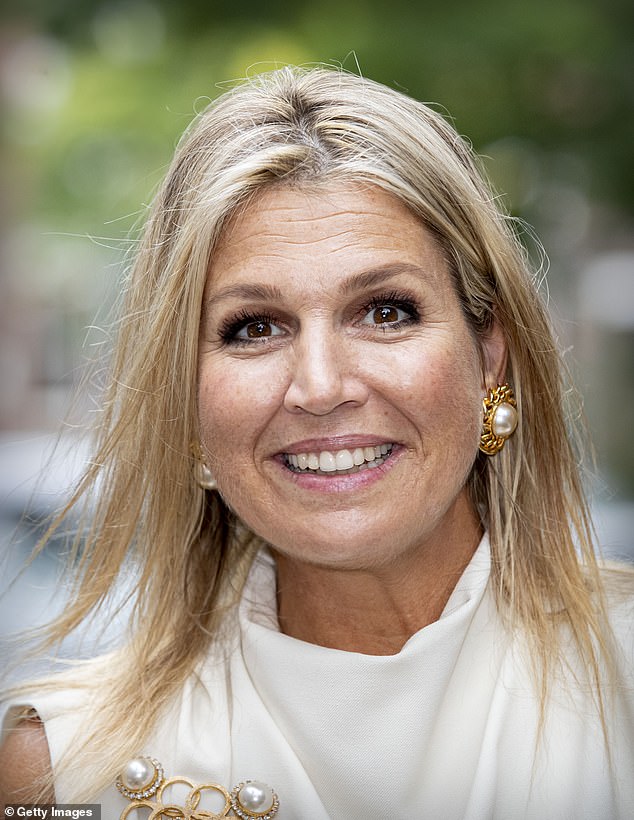 The Queen, 49, posed for pictures wearing earrings that matched her brooche. Last week she and her husband King Willem-Alexander were forced to apologise to the public for not following social distancing guidelines on holiday 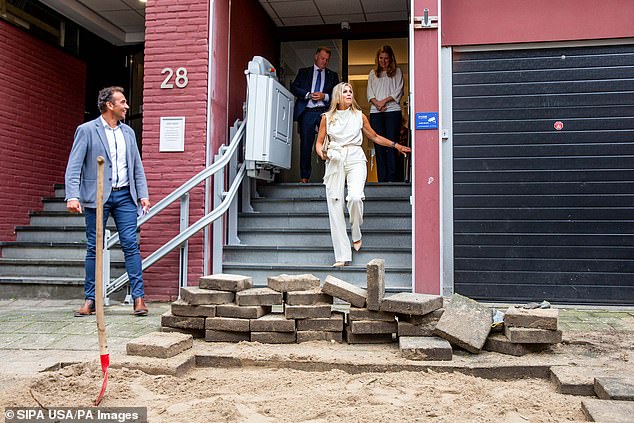 The day the Queen arrive the pavement outside the community centre had been dug up – with the filthy, dirt-covered street slabs contrasting against her crisp, white look 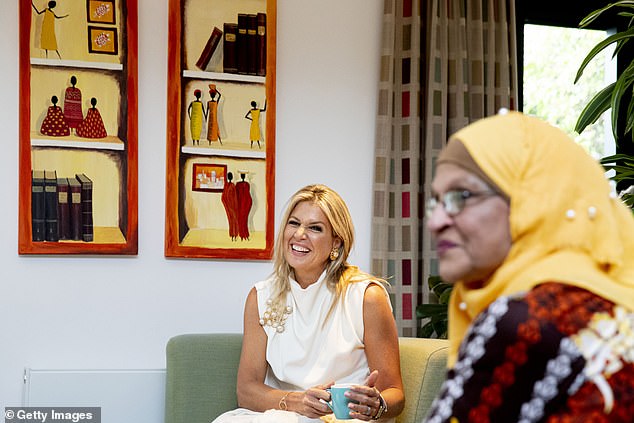 She chatted with people at the community centre, which aims to reduce loneliness for elderly people in the area, and sipped on a hot drink

And to finish off the look and shield herself from the chillier, wet weather in Rotterdam she wore a white shawl over the top.

She opted for a natural make-up look, with a slight smokey eye, and she wore her blonde hair, which had been straightened for the occasion, down in a middle parting.

While at the community centre, Queen Maxima spoke to people about the charity and its aim to combat loneliness among the elderly in the neighborhood.

She sat down with some of the volunteers, chatting and laughing with them, while sipping on a hot drink. 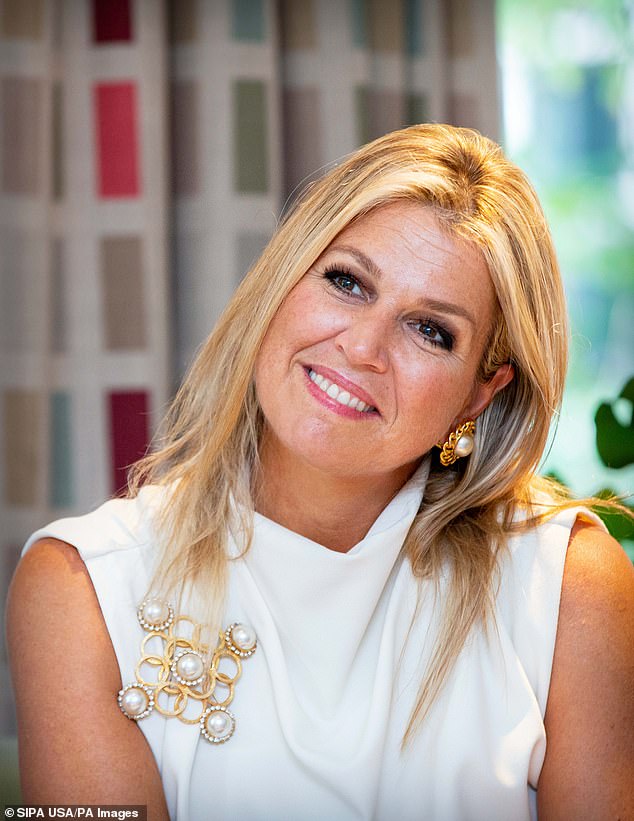 Opting for a simple makeup look, with a subtle smokey eye, the Queen stunned as she sat and discussed the workings of the community project 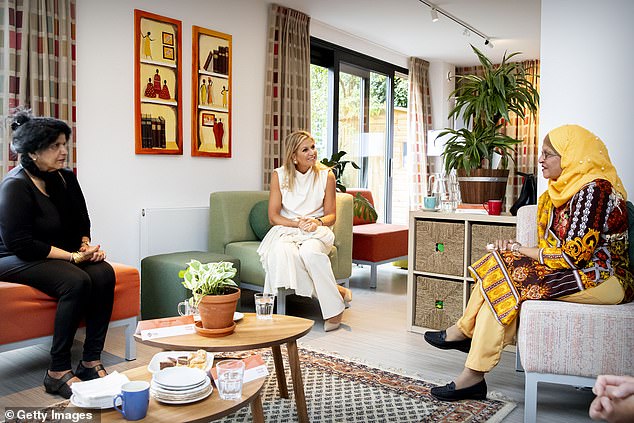 The mother of three wore her blonde hair, which had been straightened for the occasion, down in a middle parting 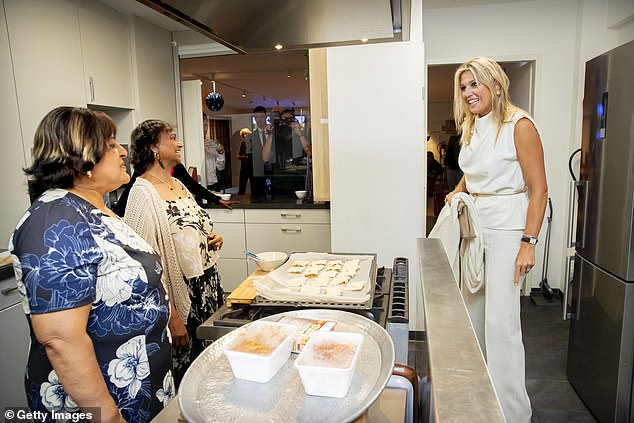 To create the perfect hourglass silhouette, the royal wore a thin belt around her waist. As well s enjoying a hot drink and a chat, she spoke to people in the kitchen

Earlier this week the Queen and her husband faced criticism when they were pictured ignoring social distancing rules during their holiday on the Greek Island of Milos in Greece.

A picture emerged on social media of the couple, who were holidaying with their daughters Princess Amalia, 16, Princess Alexia, 15, and Princess Ariane, 13, posing alongside an unidentified restaurant employee, less than one metre apart.

They took to Twitter to apologise for not practicing the 1.5 metres apart guideline imposed by The Netherlands, in addition to not wearing face masks.

The family had been on holiday for a few weeks and they were praised for their swift action in apologising for their lapse in judgement. 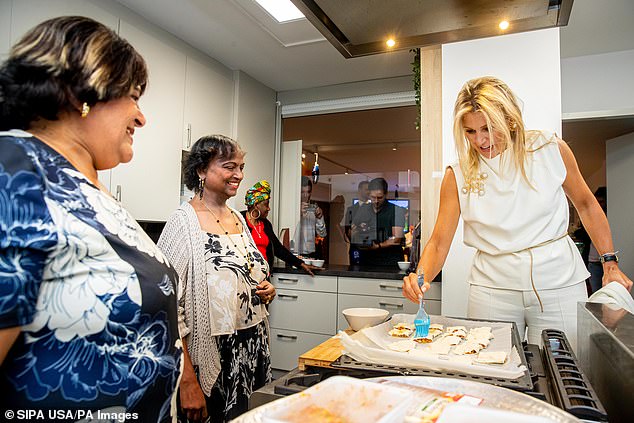 The Queen was quick to get stuck in, egg washing the delicious treats that had been prepared by people in the kitchen prior to her visit 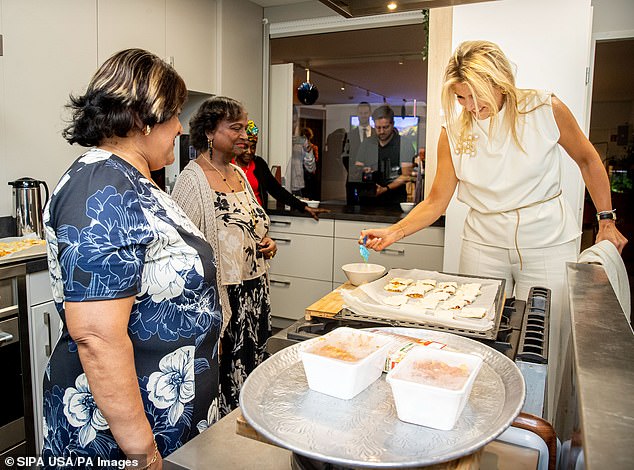 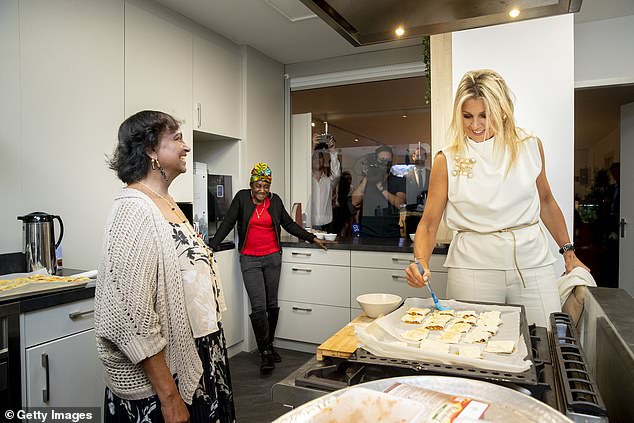 The royal is an international financier by training, was married to Willem-Alexander in 2002 in Amsterdam.

She was born in Argentina before she married into the Dutch royal family, three years after meeting her husband-to-be in Seville, Spain.

Willem-Alexander became king after his mother, Beatrix, abdicated in April 2013 after 33 years as reigning monarch.

Queen Maxima has reportedly said that she had no inkling Willem-Alexander was heir to the throne when they first met.