The royal family of Monaco look to be having plenty of fun in the sun on their extended holiday to Corsica.

Princess Charlene, 42, shared a sweet snap of her and Prince Albert II’s adorable twins Princess Gabriella and Prince Jacques frolicking on the beach on Instagram on Friday evening.

The five-year-old duo were dressed in colourful ensembles, with Gabriella sporting a Wonder Woman top and her brother donning swim shorts and a T-shirt adorned with sharks.

Both also sported trendy sunglasses, while Jacques gave a big thumbs up as they grinned for the camera. 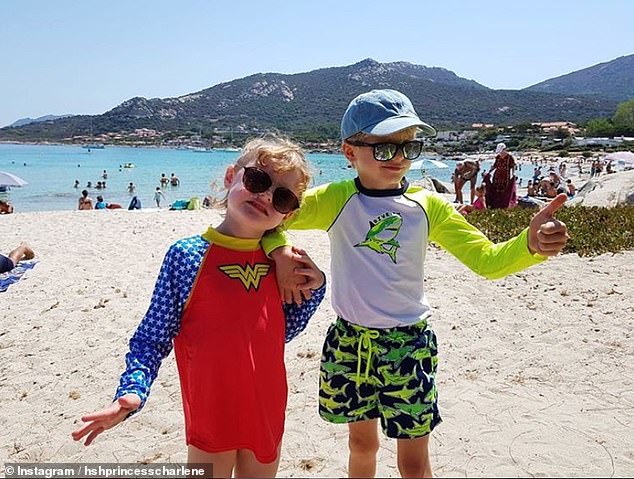 Princess Charlene, 42, shared a sweet snap of her and Prince Albert II’s adorable twins Princess Gabriella and Prince Jacques frolicking on the beach on Instagram on Friday evening

The family have holidayed on the mountainous Mediterranean island several times over the years.

In a recent interview with French magazine Point de Vue, Charlene said the month-long trip is intended to be a learning experience for her children.

‘Here, in Corsica, the children feel great freedom. They’ve the opportunity to live a unique experience, in contact with the elements, the flowers, animals… The entire cycle of nature is offered to us here, literally on our doorstep,’ she explained. 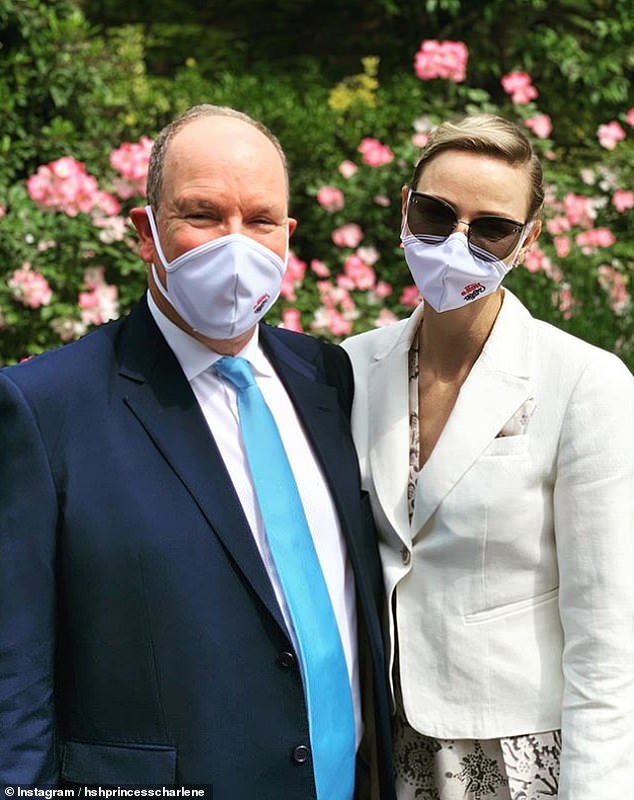 The royal couple, pictured together in June, are currently enjoying a month-long vacation in Corsica

‘Jacques and Gabriella have so many opportunities available to them. They’ve travelled the world since they were born, they have already been in contact with many cultures, everything around them has always been a source of learning and fulfillment. Each day spent at their side is exciting.’

She added that the pace of life when she was a child was ‘very different’, and noted her twins are ‘happy to be able to benefit from it being light here until a much later hour’.

Charlene has also been making the most of the lighter evenings to ramp up her training for the her upcoming 110-mile charity water bike challenge, called ‘The Crossing’. 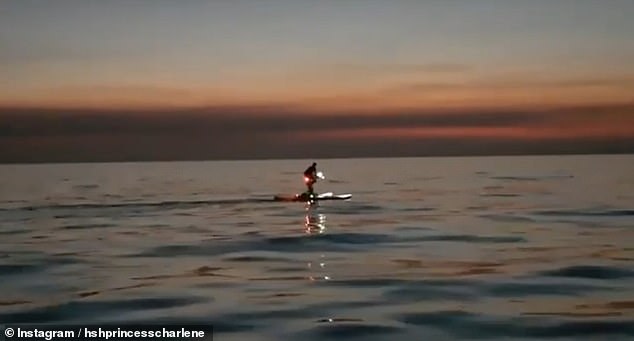 Charlene has also been making the most of the lighter evenings to ramp up her training for the her upcoming 110-mile charity water bike challenge, called ‘The Crossing’

Last week her husband Prince Albert shared a sunset video of her putting in the hours on her water bike on the ocean.

In July Charlene took on MMA fighter Conor McGregor, 32, in a water bike race in Monaco.

Instagram photos from the event show the pair going head-to-head, with McGregor at one point only narrowly beating former Olympic swimmer Charlene. He is among the athletes taking part in a 24 hour charity water bike race in September.

The challenge, which takes place on 12 and 13 September, will see two teams of four internationally renowned athletes take turns to ‘cycle’ 180km from Calvi, in Corsica, to Monaco. 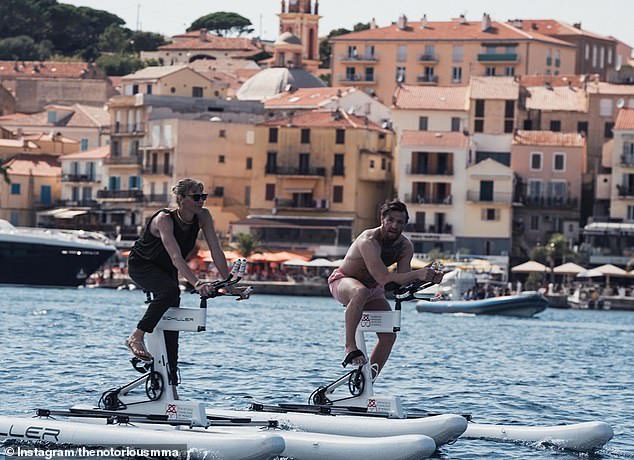 Conor McGregor, 32, was cheered on by his girlfriend Dee Devlin, 32, as he faced off against Princess Charlene, 42, in a challenge in the waters off Monte Carlo, pictured 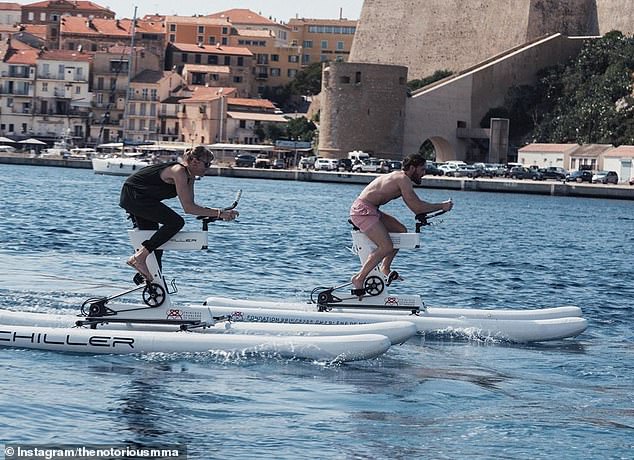 Instagram photos from the event show the pair going head-to-head, with McGregor at one point only narrowly beating former Olympic swimmer Charlene, pictured

Other snaps from the holiday show McGregor posing topless with Prince Albert, 62, and standing with his arms around the royal couple alongside Dee, the mother of his two children.

It appears the royal connection may go back several years, with McGregor first meeting Princess Charlene of Monaco’s brother, Gareth Wittstock, in May 2016.

The charity bike event will benefit the Princess Charlene of Monaco Foundation and raise awareness of its programmes including ‘Learn to Swim’ and ‘Water Safety’, which have been implemented around the world. 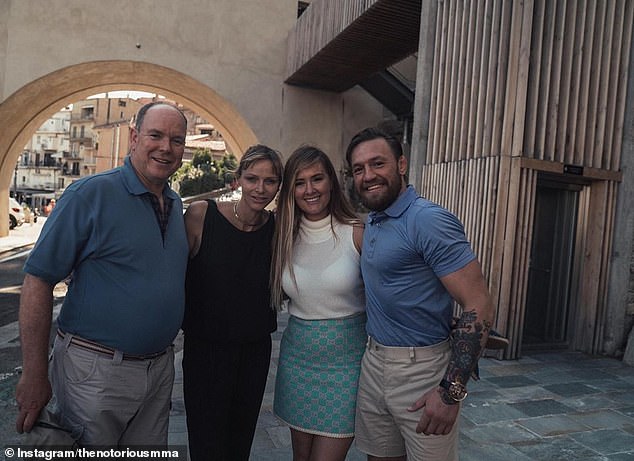 McGregor and Dee pose with their arms around Princess Charlene and Prince Albert II of Monaco, pictured