Prince William has thanked football clubs and fans across Britain for supporting their communities during the pandemic.

The Duke of Cambridge, 38, praised their efforts in a video shared to Kensington Palace’s Instagram account as the Premier League kicked off this weekend.

Aston Villa supporter Prince William said the help offered in recent months ‘is a true testament to the spirit of football in this country’.

The clip featured a collection of footage and images showcasing the charitable work of clubs and fans during lockdown, including one of Manchester United star Marcus Rashford, who successfully campaigned for free school meal vouchers to be given to pupils over the summer. 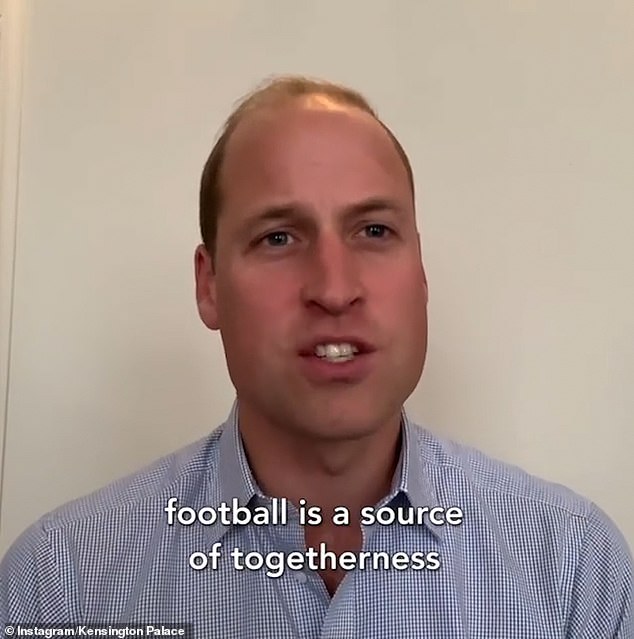 Prince William, 38, thanked football clubs and fans across Britain for supporting their communities during the pandemic in a video shared to Kensington Palace’s Instagram account

In the video, the Duke said: ‘As our national game, football is a source of togetherness and community spirit for millions.

‘Throughout the COVID-19 pandemic, we have seen football come together to support its communities. Rivalries have been set aside to help those most in need.

‘From reaching out to isolated fans and promoting physical and mental health, to helping those who have felt the financial impact and supporting our amazing NHS.’

He added: ‘I want to say a huge thank you to every single football club and fan that has helped those affected by the pandemic. 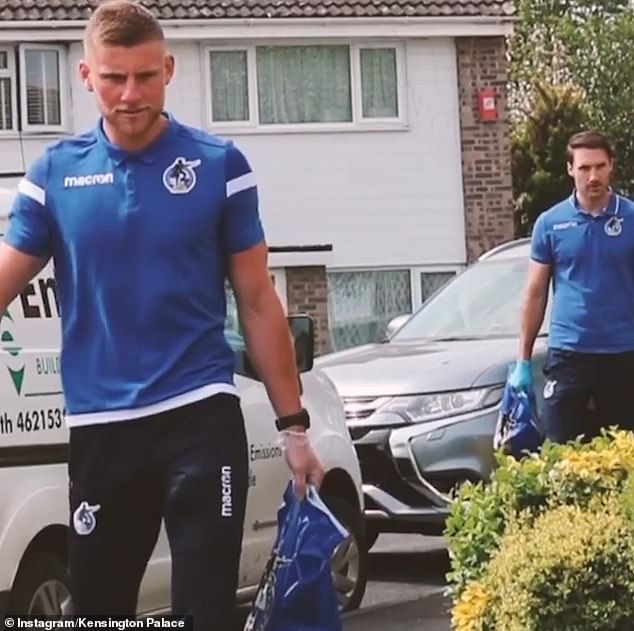 ‘The support you have given to your communities this year is a true testament to the spirit of football in this country. Thank you and best of luck for the season ahead.’

Prince William is an avid football fan and is a regular in the stands at Villa Park. He cheered the club to victory at Wembley last season.

He is president of the Football Association (FA), having taken over the role of from his uncle, the Duke of York, in 2006.

He also has taken a keen interest in all aspects of the game, including his support of the men’s and women’s national teams.

Earlier this summer, he hosted guests to watch  the FA Cup final at the Sandringham estate.

The second-in-line to the throne joined guests on blue and white striped deckchairs to watch the match on a big screen at the Queen’s estate, with Wembley empty due to the coronavirus pandemic.

Meanwhile son Prince George, seven, is following in his father’s footsteps and is said to be ‘football crazy’ Prince George. 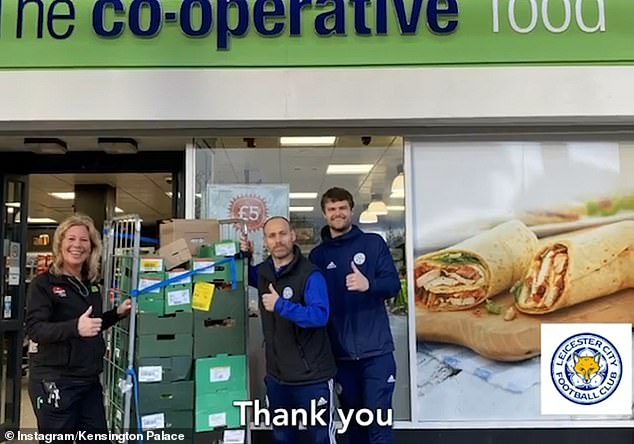 In the video (pictured), the duke said: ‘As our national game, football is a source of togetherness and community spirit for millions’

Sources revealed in July how the little royal may be spending the day, telling Vanity Fair‘s Katie Nicholl: ‘I wouldn’t be surprised if his birthday has a football theme. George is football crazy and actually a very good player.

They added: ‘During term time he plays for a local team and Will and Kate are often there to cheer him on.’

Seven weeks since the 2019-20 season finished, a new Premier League campaign started on Saturday – with 380 matches set to take place over the next eight months. 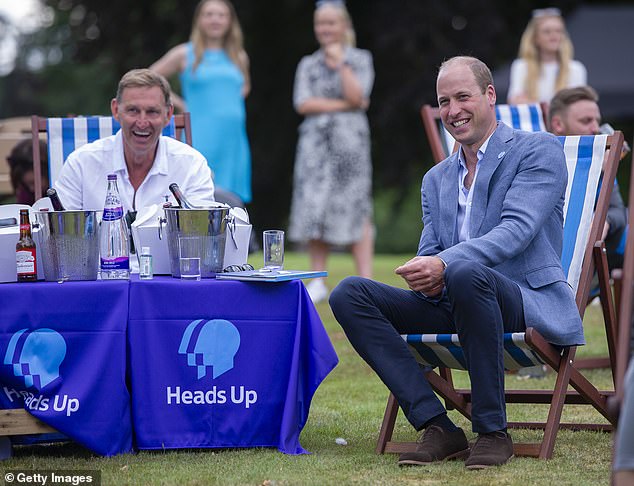 His comments come after the royal, who is an avid football fan, hosted guests at Sandringham Estate for the FA Cup final  in August

The season was kicked off by Fulham who lost 3-0 to Arsenal, while Liverpool won by 4-3 against Leeds United – who is back in England’s top flight for the first time since 2004.

All 28 Premier League fixtures in September will be televised live, with the games taking place behind closed doors.

The campaign will finish on 23 May 2021, less than three weeks before the start of Euro 2020, which was put back a year due to the COVID-19 pandemic.