Six months after they quit the Royal Family, the Duke and Duchess of Sussex have announced a mega-bucks deal to make TV series, films and children’s programmes for Netflix.

Industry insiders expect Harry and Meghan to earn in excess of £100 million from the multi-year tie up. But what sort of content will they actually produce?

Here, with tongue firmly in cheek, we lift the lid on the top-secret projects the MegFlix production team are secretly working on… 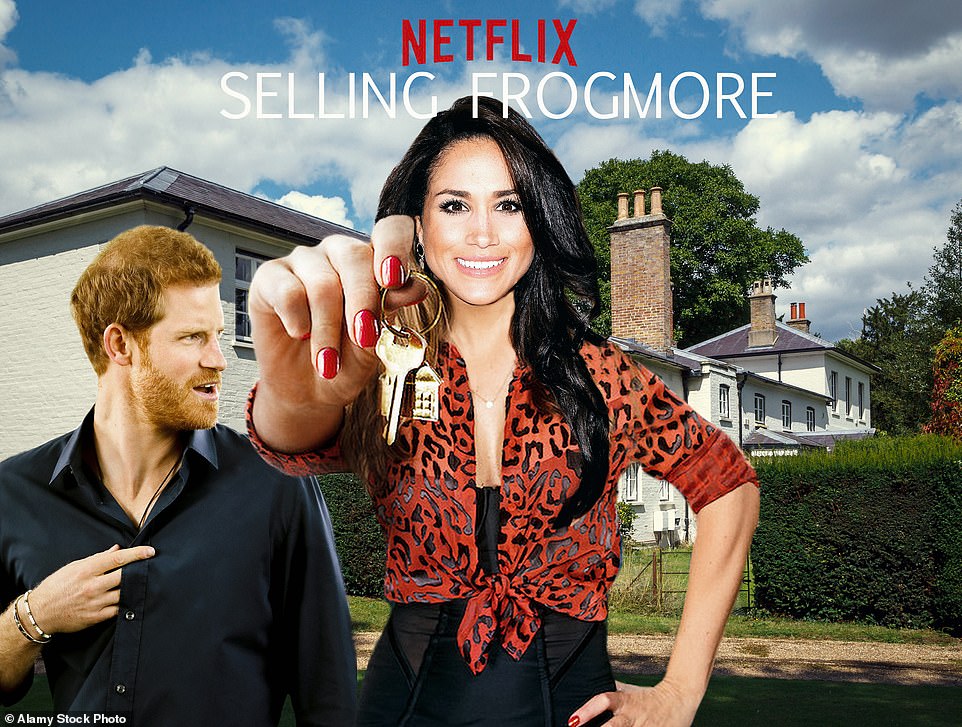 A Sneak peek at the attempts of Berkshire’s most glamorous estate agents to sell a special property near Windsor Castle fresh from a £2.4 million renovation. In Episode One, star realtor Michelle gets a telling off from Frogmore Cottage’s vendors when she reverses her convertible Mini into a polo pony 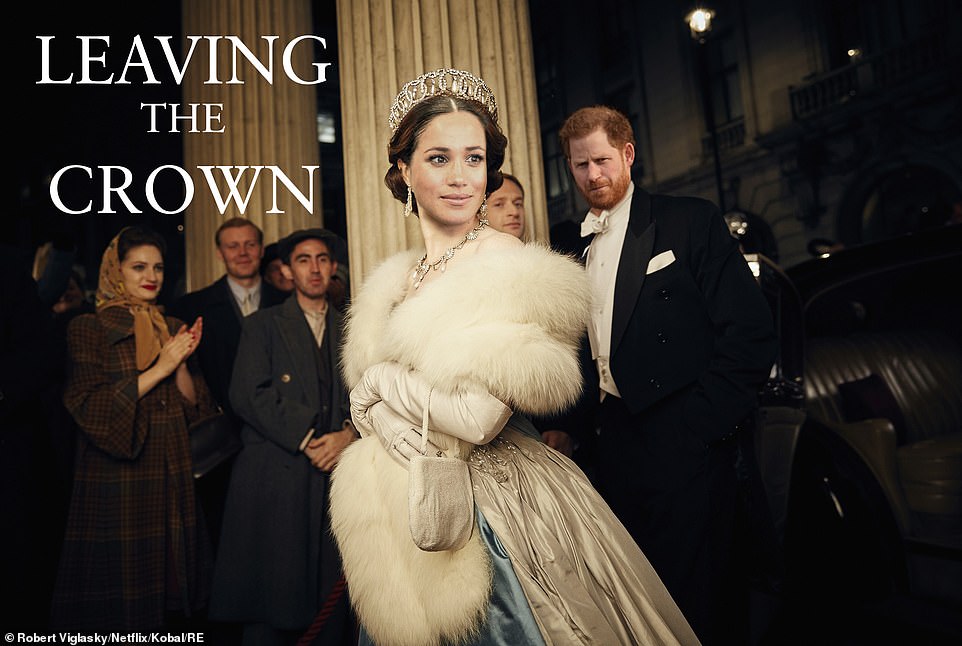 Season 7 of The Crown tells the true story of the febrile days after the Duke and Duchess of Sussex are forced to move abroad by elements of the Royal Family jealous of their popularity, leaving the British public threatening revolution. Matt Lucas appears as Boris Johnson 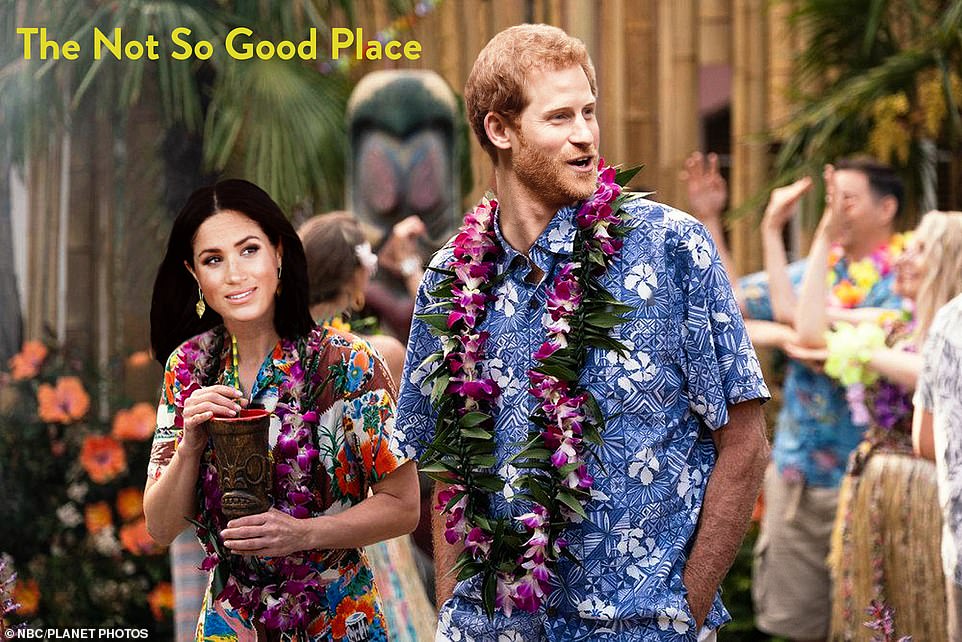 fantasy series in which Harry and Meghan pass to the afterlife and find themselves in The Good Place. But Harry fears he is there by mistake and will be returned to The Not So Good Place, where for eternity he will be made to plant saplings to mark the opening of leisure centres in the Midlands 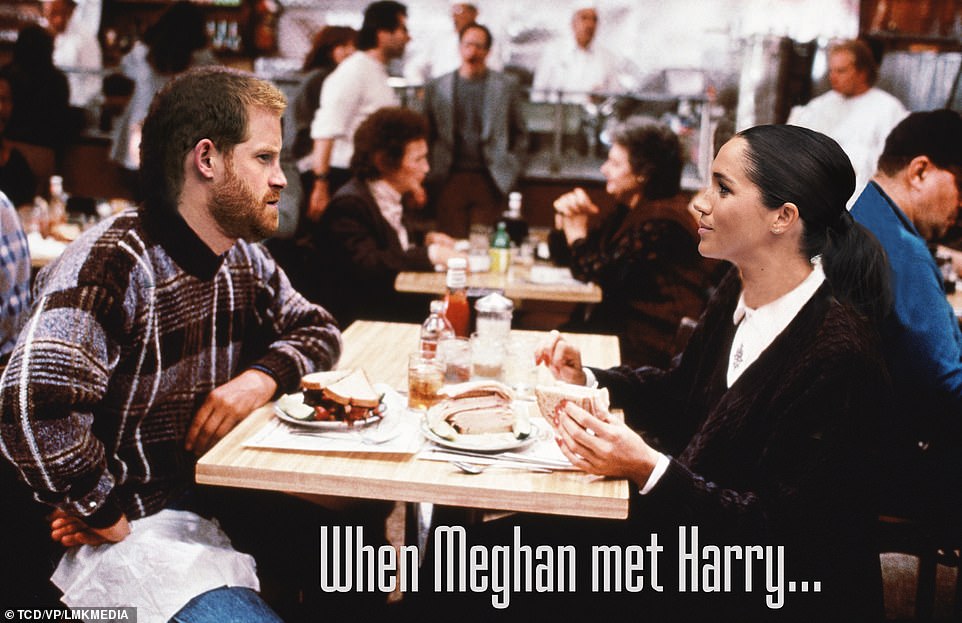 This romcom remake sees Harry and Meghan fall in love. On their first date at Soho House, Harry asserts that men and women cannot be friends as ‘the sex part always gets in the way’. It includes the scene when, during a palace banquet, Meghan fakes an orgasm and Princess Anne hilariously comments: ‘I’ll have what she’s having!’ 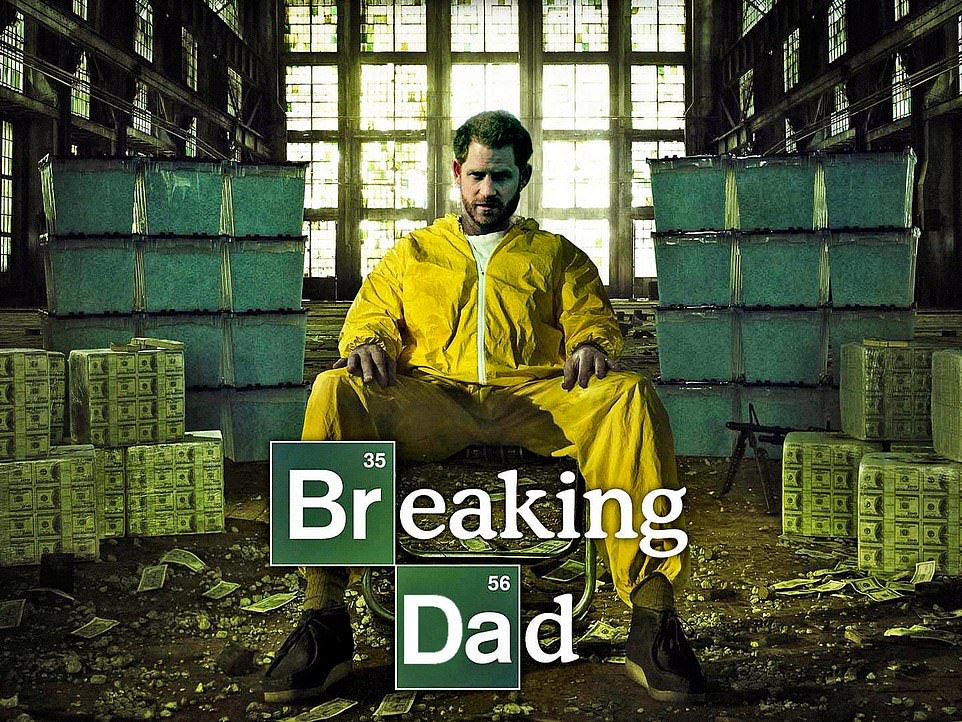 Careworn career man Harry Windsor fears that his best days may already be behind him. But following a chance encounter with a mysterious figure from the other side of the tracks, he decides to throw everything in with her and risk the lot for another chance at life. While the change brings him all the trappings that millions of dollars can buy, he’s left asking himself whether it was all worth it as he goes on the run. Meanwhile, his relationships with those he was once closest to crumble to dust 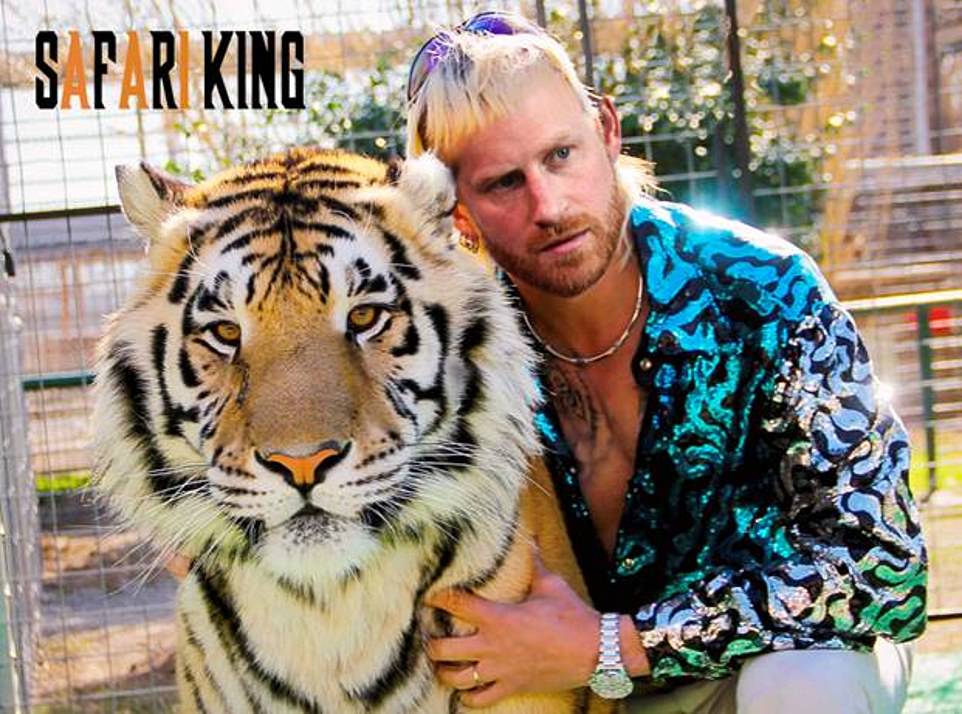 Whether saving tigers or chasing ivory poachers, it’s all in a day’s work for ‘The Ginger Attenborough’. In this gripping docu-series, Harry ventures to the wilds of Africa, treading where only a lucky few have: the Maasai Mara, the Serengeti and Botswana’s £1,500-a-night Meno A Kwena safari lodge 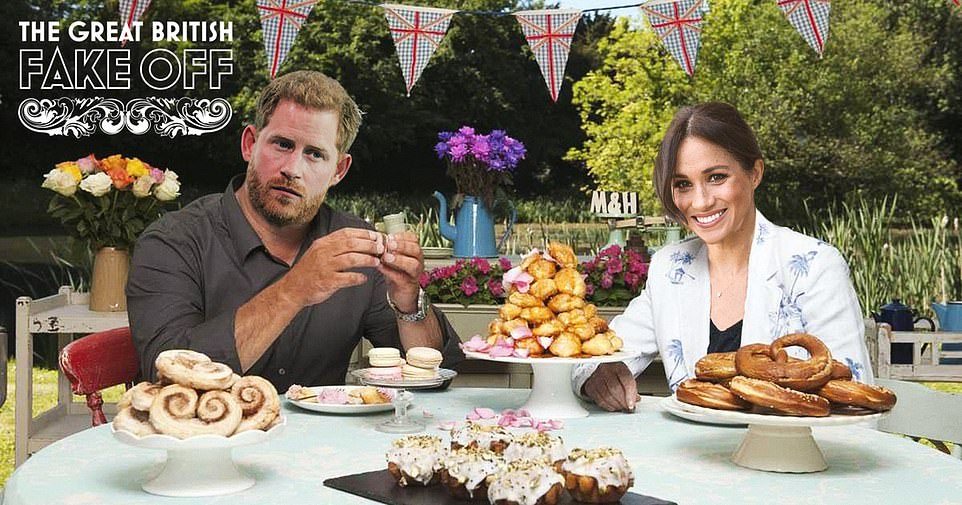 Spin-off in which Harry is joined by Mary Berry as they judge the attempts of America’s rich and famous to ingratiate themselves with the royal incomer. Contestants must produce British dishes such as steak and kidney pud while speaking in an English accent. Mary is reduced to tears of laughter as Ivanka Trump misinterprets the instructions for a ‘spotted dick’ 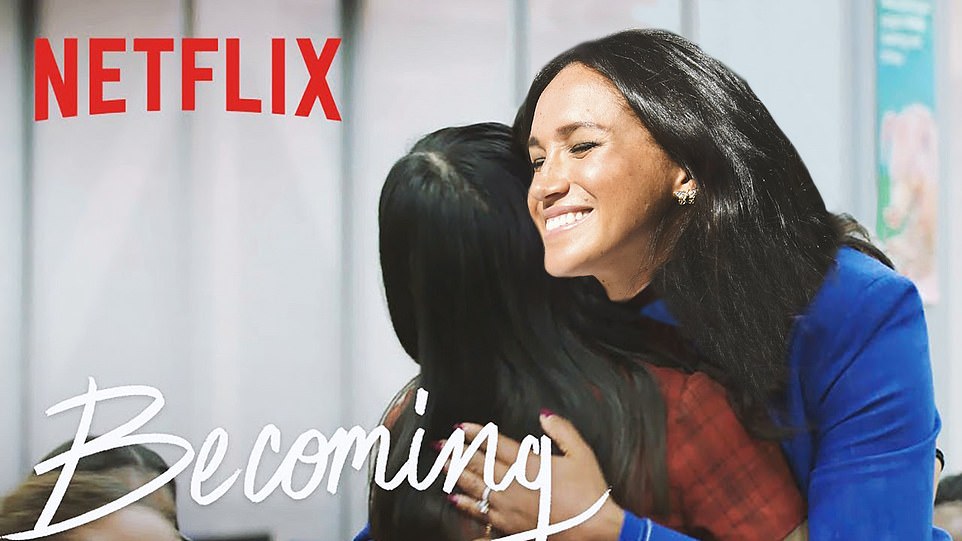 A behind-the-scenes look at the ‘real’ Meghan, billed as an objective take on the world’s most influential woman. Showing her relaxing at home with her husband and son and even on a Zoom call while dressing for an engagement, what shines through is Meghan’s desire for the privacy she was denied as a member of the Royal Family 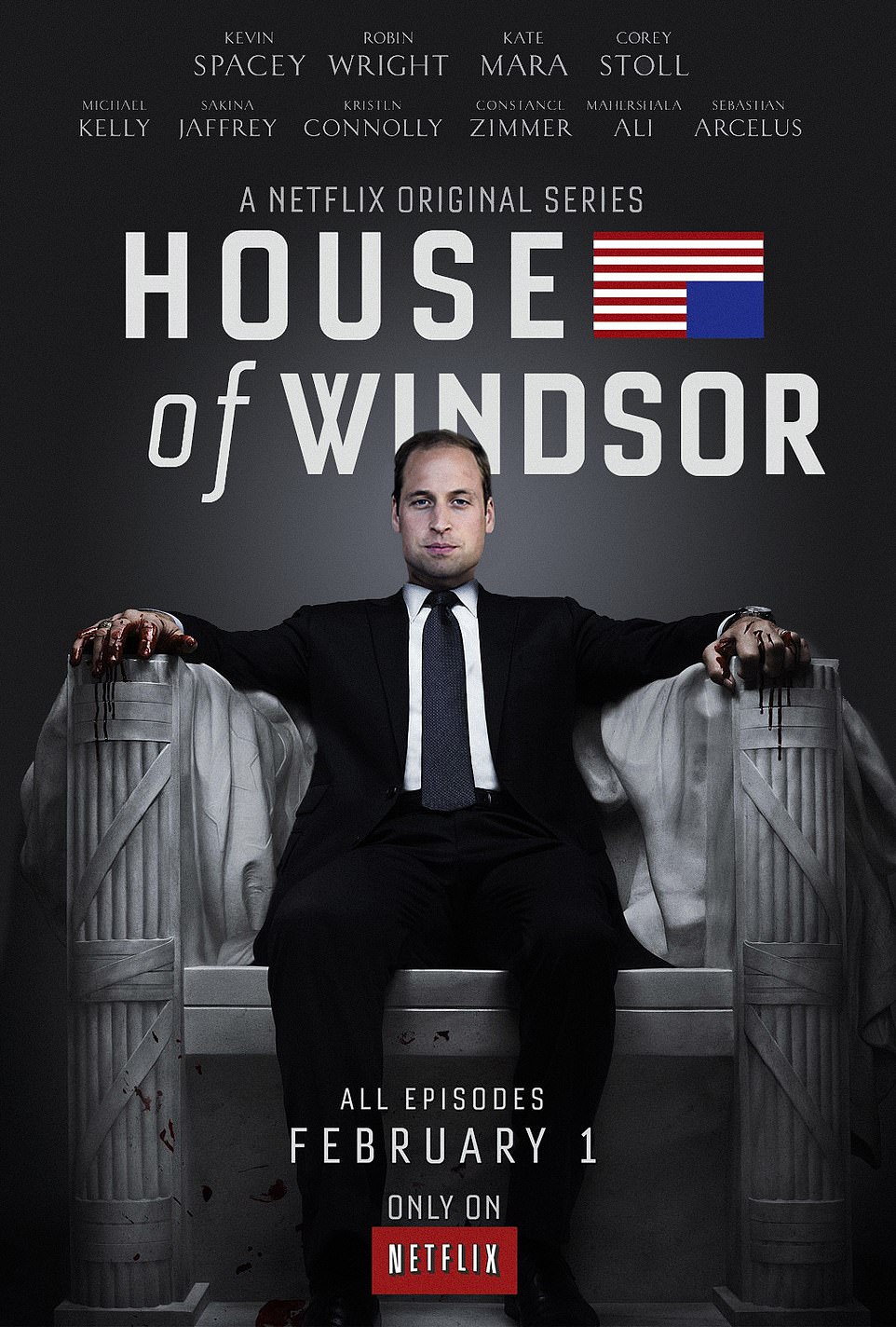 No one will stop the ruthless, balding William Underwood from achieving his life’s goal — the British throne. After his kindly grandmother, the Queen, dies in a garden party ‘accident’ involving a Scotch egg, only his father Charles remains in his way. Aided by treacherous wife Catherine, the pair conspire to ensure his reign is cut brutally short 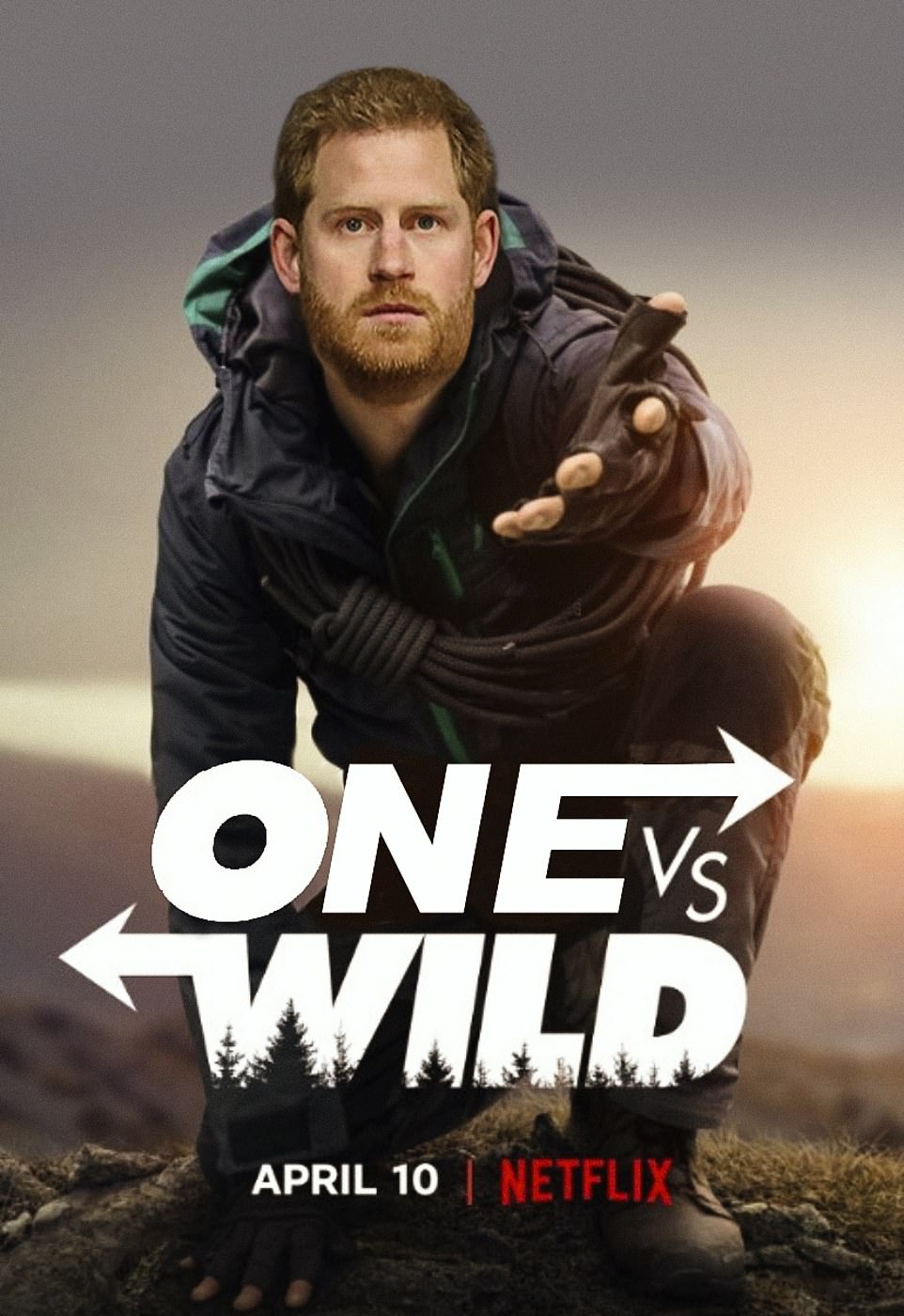 Viewers make key decisions to help ex-soldier Harry complete missions in the harshest of environments. He’s going on holiday to Ibiza. But should he fly commercial and risk meeting the public, or take a private jet and be accused of destroying the planet? You decide… 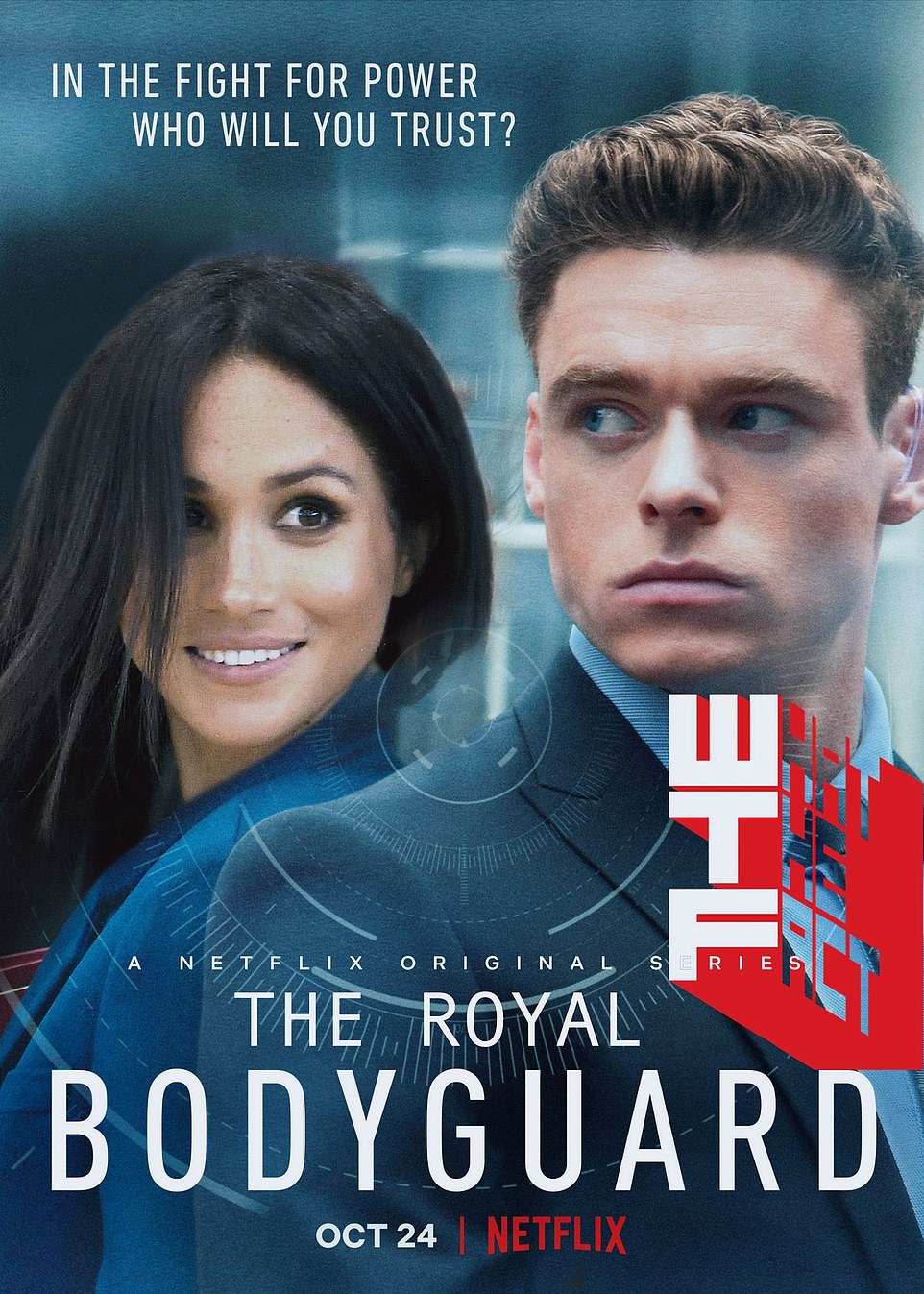 Popular thriller in which a police bodyguard falls in love with the ‘principal’ he was supposed to be protecting. In this series the dashingly handsome Sergeant David Budd (Richard Madden) finds himself irresistibly drawn to Monaco’s Princess Marina (Meghan Markle), whose humanitarian works and love of animals and orphans have earned her unexpected enemies