Royal fans were left reeling after the Duke and Duchess of Sussex made their announcement on the eve of the Duchess of Cambridge‘s birthday – joking it is ‘quite the present’.

Prince Harry, 35, and Meghan Markle, 38, last night announced they will be stepping back as ‘senior royals’, will split their time between the UK and North America and will walk away from Royal funds in order to become ‘financially independent.’

However some royal watchers were struck by the timing of the statement, pointing out that it came on the eve of Kate’s 38th birthday today and saying it would ‘overshadow’ the Duchess’s celebrations. 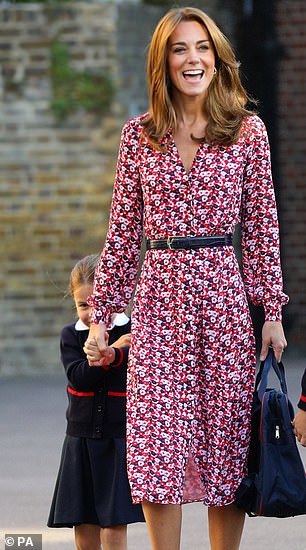 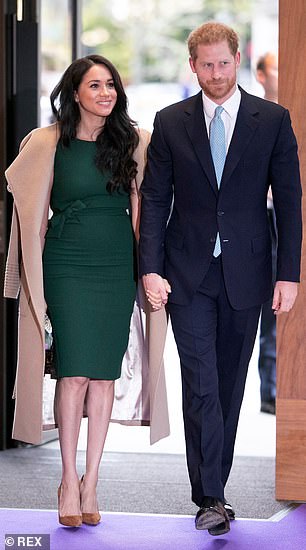 Others were hooked by the apparent drama, with one writing: ‘THEY QUIT THE FAMILY THE NIGHT BEFORE KATE’S BIRTHDAY I AM LIVING FOR THIS.’

Another tweeted: ‘Anyhow, let’s hope Kate’s birthday isn’t at all over shadowed today,’ with a crying laughing emoji. 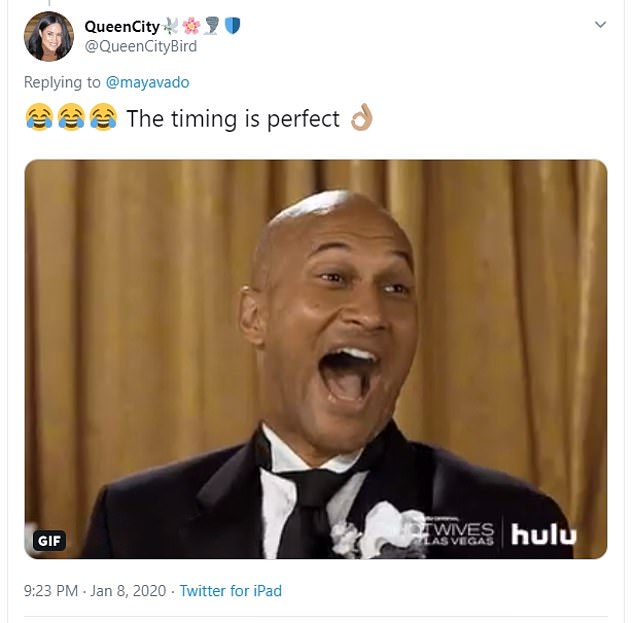 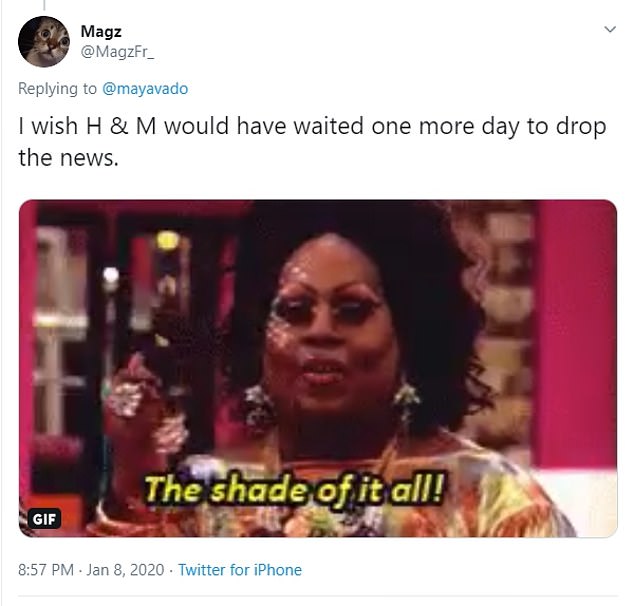 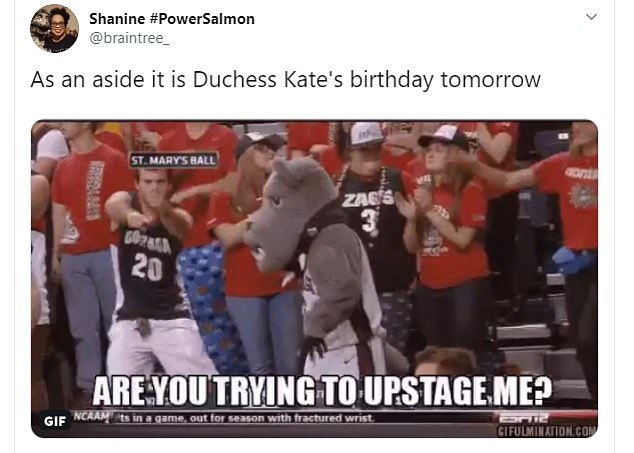 A third added: ‘They chose to make the announcement hit the press on Kate’s birthday! Lovely present from them to her.’

It is expected the official Kensington Palace account will post a birthday tribute to the Duchess at some point today. 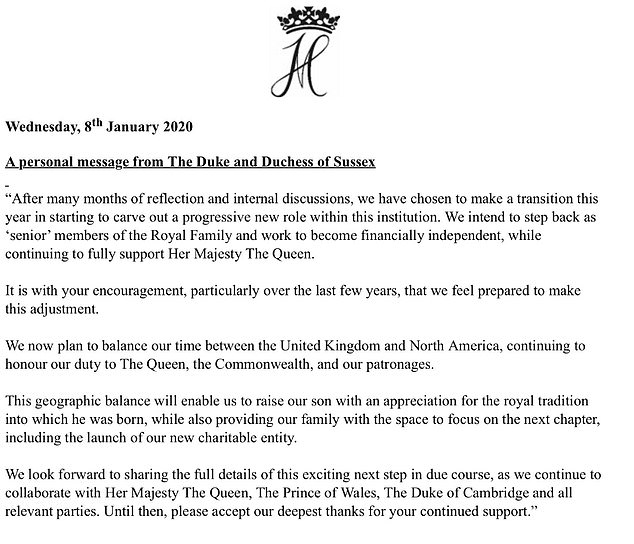 Prince Harry and Meghan unveiled a slick new website just moments after announcing they were stepping back from royal duties.

Posts on the website, sussexroyal.com, detail the Duke and Duchess of Sussex’s ‘new working model’, explaining how they intend to go forward in a ‘progressive new role’ following the announcement that they are quitting the royal family.

They listed their new media relations policy, the future of their charities and also explained how they will be funded after claiming that they want to be financially independent.