The Prince of Wales has praised television for providing a ‘valuable source of company’ to the nation during the ‘trying months’ of lockdown.

Prince Charles, 72, shared the inspiring message to nominees at the virtual Royal Television Society (RTS) Craft and Design Awards 2020 – before celebrating the extraordinary craftspeople in the UK television industry.

‘The nation was kept informed, engaged and entertained throughout those trying months by television in all its rich variety,’ the royal said, speaking in a clip which aired on RTS’ website on Monday.

‘I know that the coronavirus pandemic has brought incredibly difficult times to people working in television production and to freelance workers in particular.’ 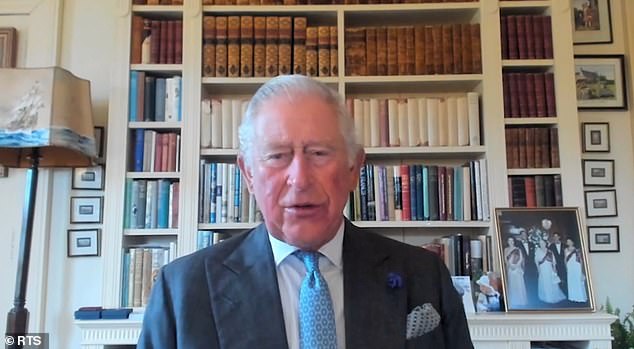 The Prince of Wales praised television for providing a ‘valuable source of company’ to the nation during the ‘trying months’ of lockdown. Pictured, the Royal Television Society Twitter

‘When production closed down many were left without work, yet still with families to provide for and bills to pay.

He continued: ‘As with so many of our industries it was a devastating period, but now that production is beginning to re-establish itself I do hope you will be encouraged by the knowledge that the contribution you make to our national, cultural and economic life is truly valued.

The royal went on to predict that the industry will return ‘stronger than ever’ following the coronavirus pandemic.

‘The ingenuity and resourcefulness of craftspeople in British television production is revered around the world and it is my belief that you will rebound from these challenging days stronger than ever,’ he added. 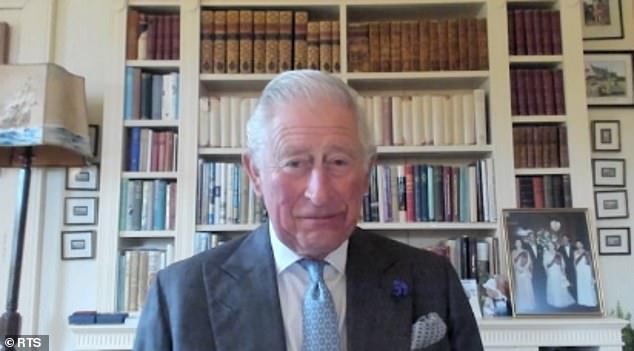 The BBC received 46 nominations for programmes including His Dark Materials and I May Destroy You, which received three nominations each, while Sky received 10 for dramas – such as Gangs Of London and Brassic.

Meanwhile, Left Bank Pictures’ sound team was also nominated for its work in Netflix’s The Crown.

RTS Awards chair Anne Mensah said: ‘The standard of television this year has been incredible and provided audiences with both comfort and escapism, as well as new and underrepresented perspectives, in what has been such a turbulent time for all of us.’

The RTS was originally founded as the Television Society in 1927, was granted its royal title in 1966, and the Prince of Wales became patron in 1997.