Greyson Chance has opened up about his battle with anorexia, revealing he would go days without eating to feel ‘in control’ of his life after a crushing heartbreak.

The 23-year-old singer hopes to help others suffering from eating disorders feel less alone with his new single ‘Bad to Myself’ in which he details his struggles with anorexia and drinking.

‘Not only do I finally feel confident to talk about it, but I want to create a crack in this stigma and this taboo about eating disorders,’ he told People. ‘I want people to realize that this is something that’s affecting a lot of people.’ 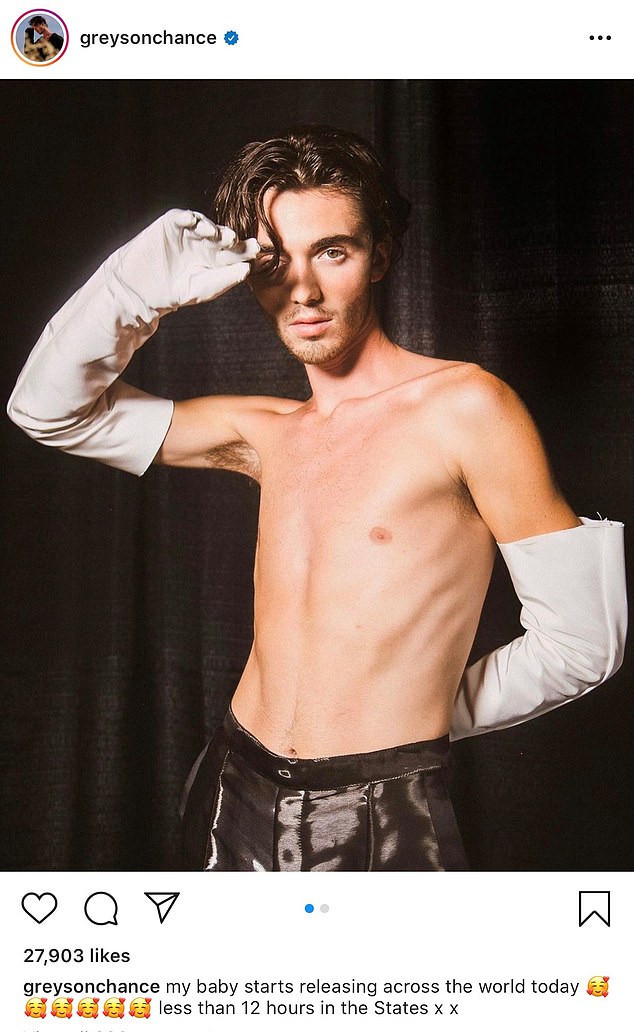 Honest: Greyson Chance, 23, has opened up about his two-year struggle with anorexia, revealing he used to go 48 to 72 hours without eating

Chance, who grew up in Oklahoma, was first thrust into the spotlight as a sixth-grader after his rendition of Lady Gaga’s hit ‘Paparazzi’ went viral. Years later, he stepped away from performing and attended college, but eventually dropped out to return to music.

The ‘White Roses’ singer said his eating disorder started in 2018, a year after he came out as gay on Instagram. He had just left school and was adjusting to returning to the music industry after going through a painful breakup.

He recalled telling himself that he was starving himself because he was sad and writing songs about heartbreak. He believed that he just had ‘to get through this period of sadness.’

Chance said he would sometimes go 48 or 72 hours without eating — all while forcing himself to exercise. The punishing routine made him feel ‘in control.’ 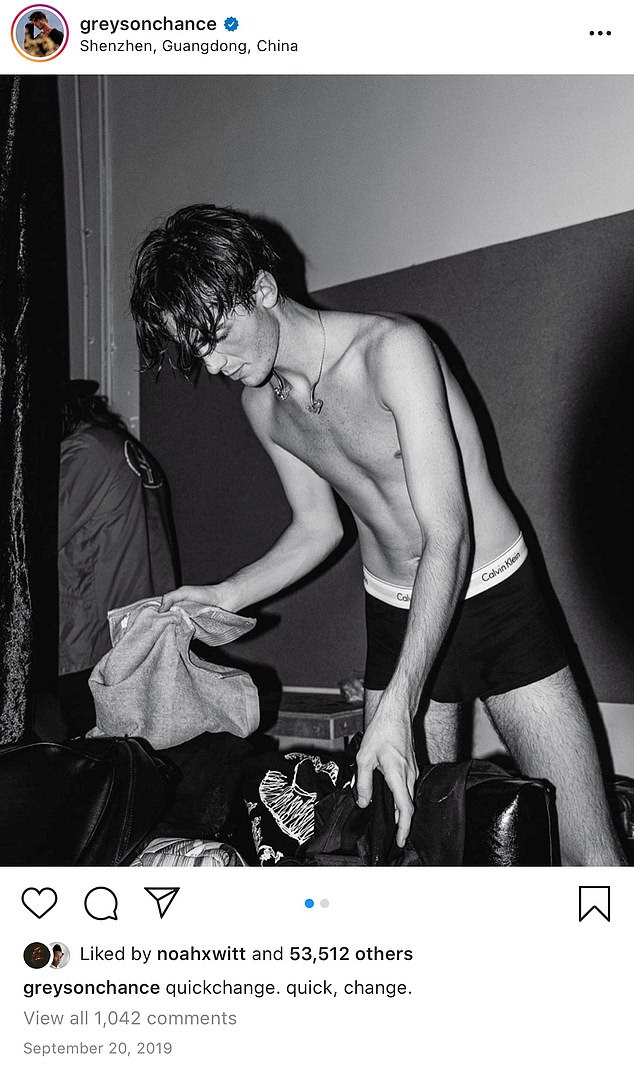 Dangerous: The singer explained that starving himself and seeing himself lose weight made him feel ‘in control’ of his life

He wore baggy clothes to hide his weight loss from his loved ones, and he refused to talk about what was going on.

He woke up in the hospital one morning and realized he could no longer be in denial about his eating disorder.

‘I denied it for forever,’ he explained. ‘I was just blaming a heartbreak. And it took me a while to look in the mirror and say, “No, you’re actually battling with this and we need to take care of this.”‘

Chance’s struggles with anorexia and drinking continued in 2019 as he toured the U.S., exhausting himself with the grueling schedule. 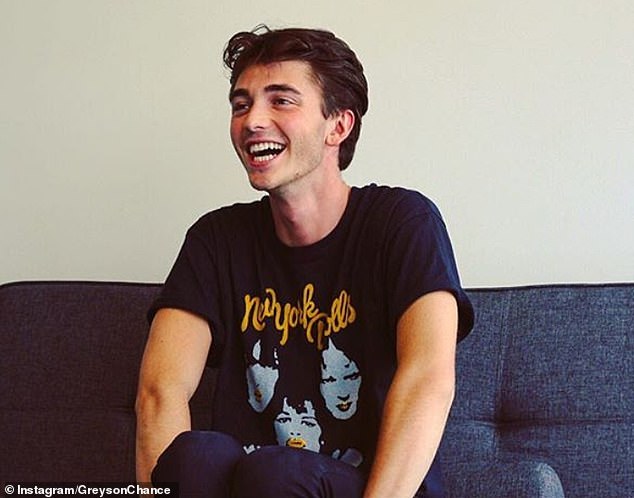 Looking back: Chance said his eating disorder started in 2018. He had just left school and was adjusting to returning to the music industry after going through a painful breakup 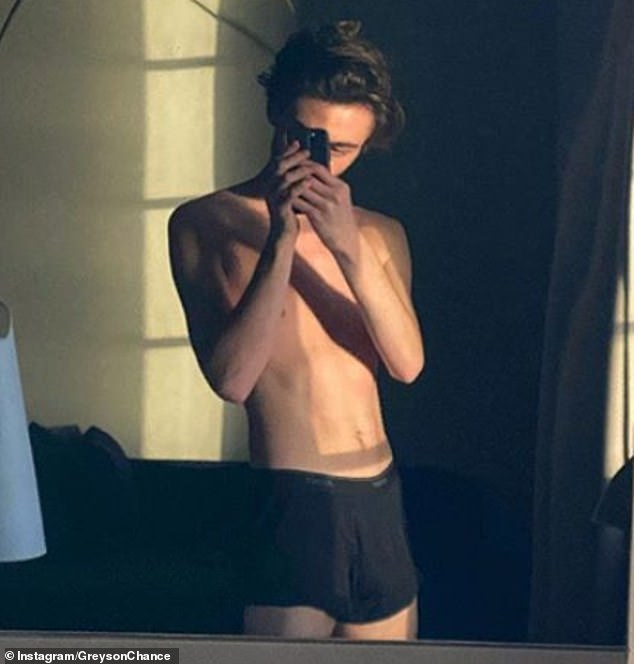 Dose of reality: He woke up in the hospital one morning and realized he could no longer be in denial about his eating disorder

Singer Teddy Geiger, who is the executive produced of his forthcoming album, gave him the confidence to write the music he admitted he didn’t feel strong enough to create. It was with her help that he wrote ‘Bad to Myself.’

‘No demon in me that I can’t fight / Look in the mirror / This is my life,’ he croons on the empowering track.

Chance is still battling his eating disorder, but he told People that 2020 has been a better year for him health wise.

A week before ‘Bad to Myself’ was released, he penned an open letter to his fans on Instagram, which he posted along with a photo of the words ‘I’m enough’ written on his chest.

‘Back in 2018, when I was writing Portraits, I was not in a good place,’ he wrote. ‘Not only was I recovering from a tough breakup, but I was also reentering back into music, and I felt nothing but chaos in my head. I was desperately searching for some kind of control. 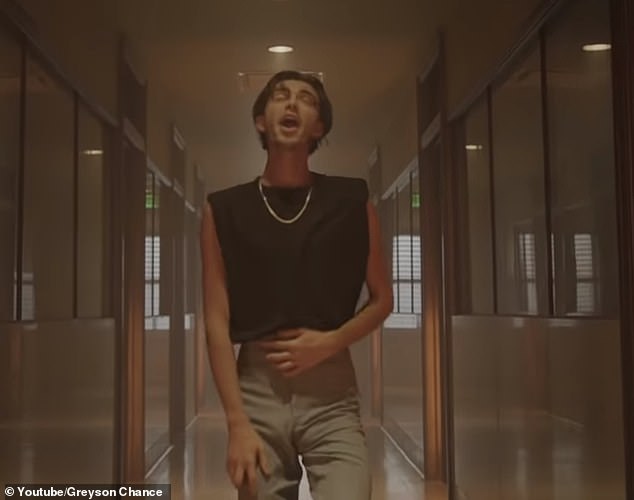 Coming clean: The pop star details his struggles with anorexia and drinking in his new song ‘Bad to Myself,’ which was released on Friday 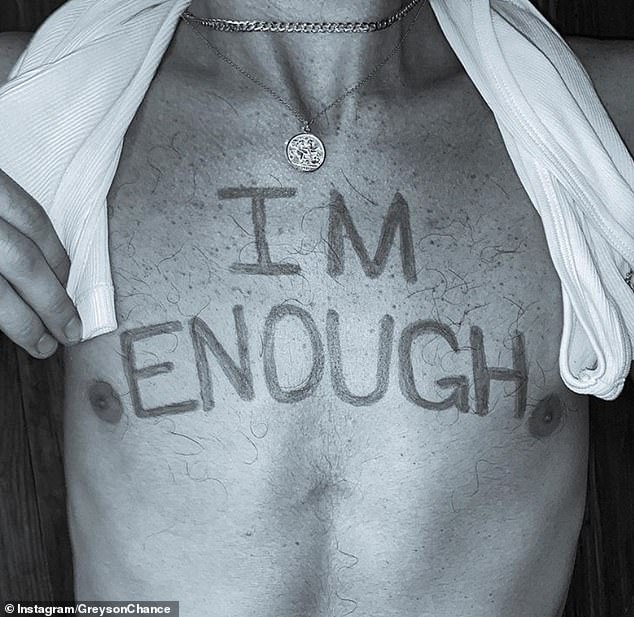 Opening up: A week before the song was released, he penned an open letter to his fans on Instagram, saying he starved himself ‘day-in and day-out’

‘I found that control by watching the numbers drop on my scale as I starved myself day-in and day-out,’ he admitted. ‘It wasn’t until I woke up in a hospital bed one morning that I knew I had to turn things around not only for myself, but for my family, my friends, and for all of you.

Chance said he was sharing his story to ‘make a small crack at the stigma’ surrounding eating disorders.

‘Eating disorders do not discriminate; they affect such a large population of people, non-dependent on gender, identity, age, or background,’ he stressed.

‘Two years later, I feel stronger than I have ever been, but I would be lying if I said I still am not battling against anorexia, and I know that it will be a continued battle for the rest of my life.

‘To anyone struggling with an eating disorder, know that I am here for you, I understand you, and I encourage you to stay strong in your fight.’