Barely five months after cycling hero Sir Bradley Wiggins announced he and his wife of 16 years had decided to separate, he tells the world he is all ‘loved up’ with a blonde PR girl.

In his ‘separation tweet’ (so hideously fashionable for the famous these days) back in May, the five-time Olympic gold medallist and Tour de France winner said that he and Cath’s two children — Ben, 14, and Isabella, 12 — ‘remain our priority and we ask for privacy’.

Some privacy, Brad, when your ‘friends’ are now briefing the newspapers that you’ve moved in with Laura Hartshorne. The pair are said to have bonded instantly as she’s ‘no stranger to the celebrity scene . . . and she loves a good party which fits in more with Bradley’s lifestyle now’.

Yet what shocked me the most was when he said: ‘I probably always used to put other people first. [Now] I have been able to realise that I also deserve my own happiness.’

Being a top sportsman or woman is among the most selfish careers of all: it goes with the job. Some people might doubt how much Brad really has ‘put other people first’. 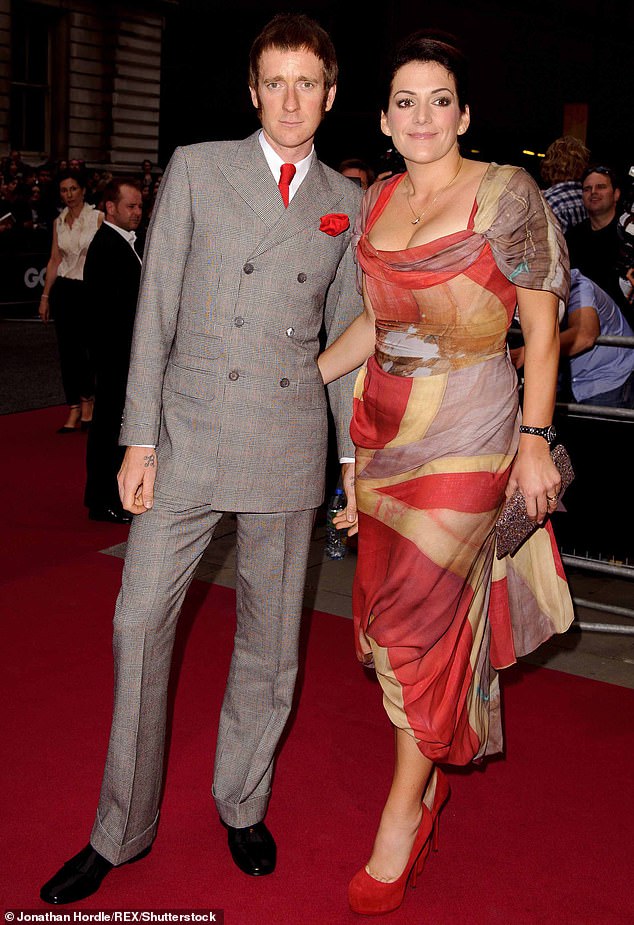 Barely five months after cycling hero Sir Bradley Wiggins (left) announced he and his wife of 16 years (right) had decided to separate, he tells the world he is all ‘loved up’ with a blonde PR girl

This is the same local hero whose once-glittering career is beset by allegations of performance-enhancing drugs, which he vehemently denies.

As for what he really ‘deserves’ — many might look back to the explosive parliamentary report two years ago which suggested that Brad had taken a powerful corticosteroid — under the guise of treating a legitimate medical condition — before the Tour de France. Cath stood by him when the parliamentary committee accused him of crossing an ethical line in taking the drug for ‘asthma’.

Perhaps it is a salutary tale for all long-serving wives. Beware a man accused of obfuscating in his career: he may also play fast and loose in his personal life.

Maybe she should have realised then that her husband was, if not a drug cheat, then certainly a man who was comfortable bending the rules. 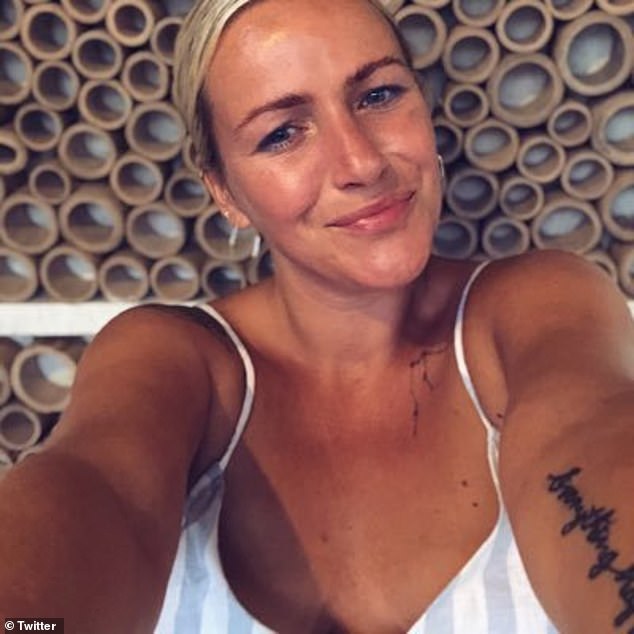 Brad’s halo slipped that day — no mean feat, given those ridiculous sideburns. Yet questions still remain about his integrity. He denies he took that drug to boost his performance: did he also insist to Cath that he had nothing to declare in his private life?

To leap from the marital home into his girlfriend’s flat so suddenly might lead some to question exactly how long he’d known loved-up Laura. (It’s said they met ‘a few months ago’.)

Yes, marriages break down — but it’s how a marriage ends that lingers for ever. In the end it’s not we, the public, who will judge Brad’s actions, but his children.

Meanwhile, Brad should pray that Cath doesn’t say anything new about the contents of the mysterious Jiffy bag delivered to him at a race in 2011. If she were ever to claim that it contained something other than the decongestant that Brad and Team Sky claimed — well, some revenge that would be.

The multi-million-pound art collection that George set him up with is no longer enough, and the American now claims he is entitled to be provided for in the style to which he became accustomed while the pop star was alive.

George once sang about Club Tropicana — but Goss wants the drinks to be free for the rest of his life. 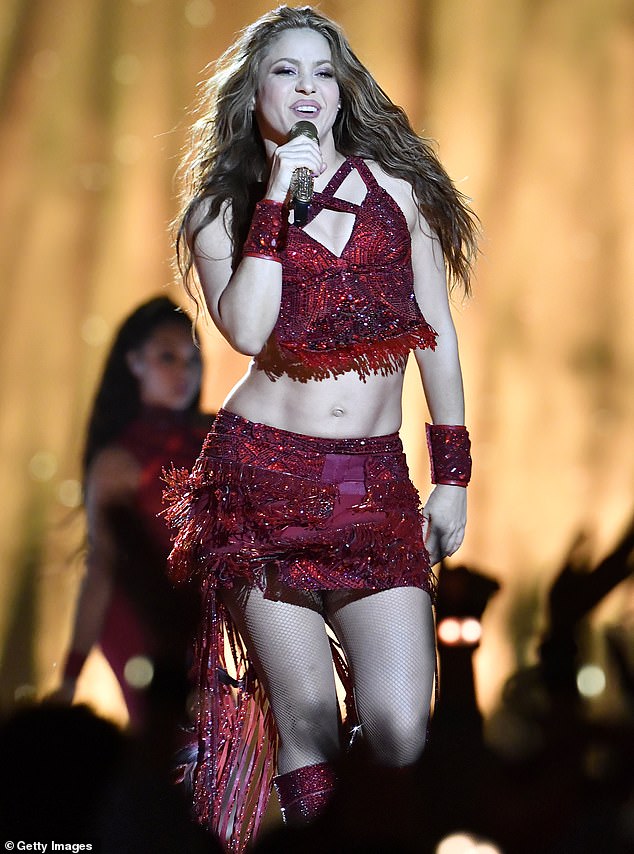 Eyebrows were raised when, launching his £50 million green ‘Earthshot’ prize project with David Attenborough, Prince William announced the singer Shakira was among judges gifting environmentalists funds for their ideas to rescue the planet.

A cheap grab at stardom this was not. The Colombian-born pop star has a proud record creating the Barefoot Foundation, which funds schools for poor children in her homeland.

Perhaps William learned a trick from his mother, Princess Diana, that when it comes to effecting change, there is no more powerful combination than celebrity and compassion.

Having regained 7½st she lost after her divorce from Lenny Henry, Dawn French, 62, says she’s glad to be ‘a barrel again’ and doesn’t ‘give a f***’ about her weight. Jolly good, if the only person who has to live with a woman’s body is the woman herself. Yet one can’t help but wonder if second hubby Mark Bignell might have views on all this. If any husband had gained half his body weight since his wedding, might his wife not have the right to turn around and say: ‘Why not skip the second Cornish pasty, love?’

Mouthy Davina McCall is the new host of the revamped Changing Rooms. To which I can only say: lock your front doors! Given that the ex-Big Brother presenter’s taste has so far extended to his-and-hers Jacuzzis, lip-shaped sofas and a colour range from puce to purple, I think we’ll all be changing channels. 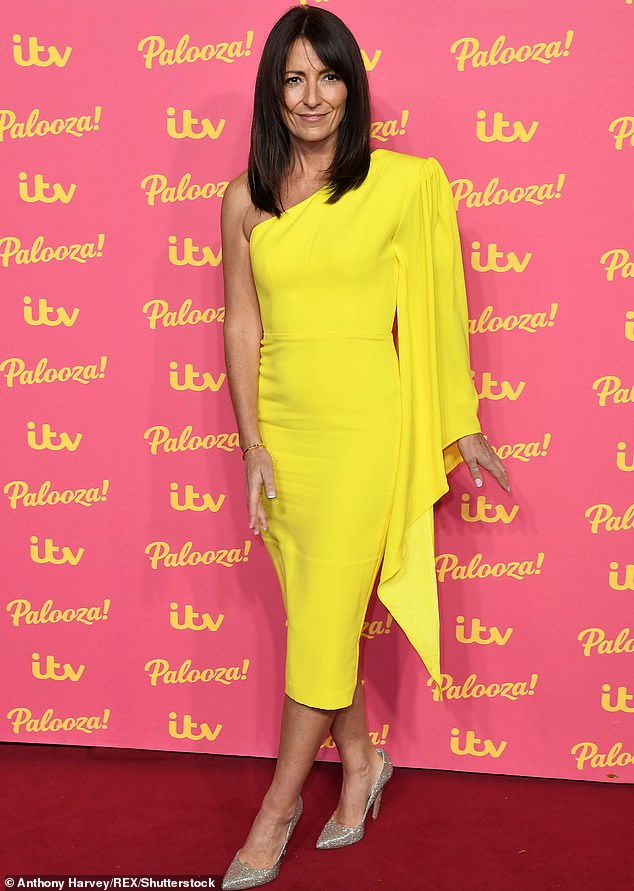 Who would not be awed by Oxford physics Professor Sir Roger Penrose, who won the Nobel Prize for having proved the existence of black holes? The 89-year-old is a joy, even if I can’t understand a word he says about cosmology, which I thought was what Oscar Cainer does in this paper (I’m a Scorpio). For most of us, a black hole is the moment you learn your husband has left you.

More than half a century after Ursula Andress emerged from the sea in Dr No as Honey Ryder, becoming the most iconic Bond girl ever, her ivory bikini is expected to fetch £400,000 at auction.

The current rather creaky 007 should take note.

Daniel Craig doesn’t need the money — he’s said to be worth £120 million — so surely it’s high time he sold off for charity his old blue budgie smugglers from Casino Royale. 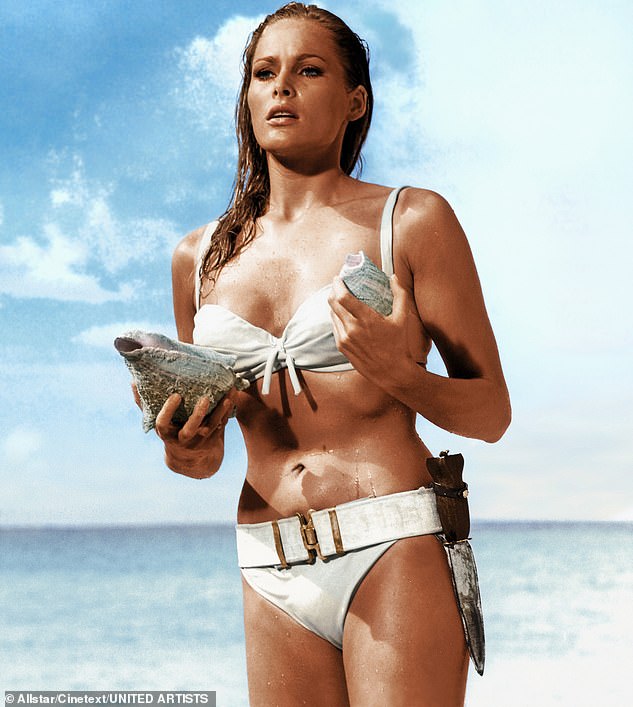 The scene where Ursula Andress emerged from the sea in Dr No as Honey Ryder made her ‘the most iconic Bond girl ever’. Now the ivory bikini she wore (pictured) is expected to fetch £400,000 at auction

A study into how to befriend cats concludes they respond lovingly when you ‘smize’ at them, which means creasing your face and eyes into a smile while slowly blinking.

I tried this with my rescue moggy Teddy, with whom I normally communicate via smooches and cat-to-human talk (he meows: ‘Hi Mandy,’ and I reply: ‘Hi Ted.’)

When I ‘smized’ at him, he whacked me in the face — no claws, just an open paw of indignation.

From which I must conclude that the survey was conducted by dog-owners.

How glorious to see more than 400 doctors and nurses who fought the front-line battle against Covid being remembered in the Honours List.

But the interior decorator Kelly Hoppen getting a CBE? What has the world come to? That’s a rank above the OBE my pop, Charles Platell, was awarded after he volunteered, aged 37, to fight for King and Country in Alexandria, Egypt, during World War II.

Men like him fought and died for freedom — not so some broad could re-cover sofas.