From posting racy photos online to lying about being sick, employees have revealed the social media posts that led them to being fired from their job.

Workers from around the world took to Whisper to share anonymous posts confessing to the lapses of judgement that got them fired – and it will make you think twice about what you share online.

Many people admitted they’ve been caught complaining about their employer and co-workers.

One person who lives in London, revealed a co-worker was fired for lying about being sick when their employer spotted that they had been tagged in a Facebook photo taken at a horse racing track.

Another person said they lost their job because they posted a video on Snapchat smoking drugs. 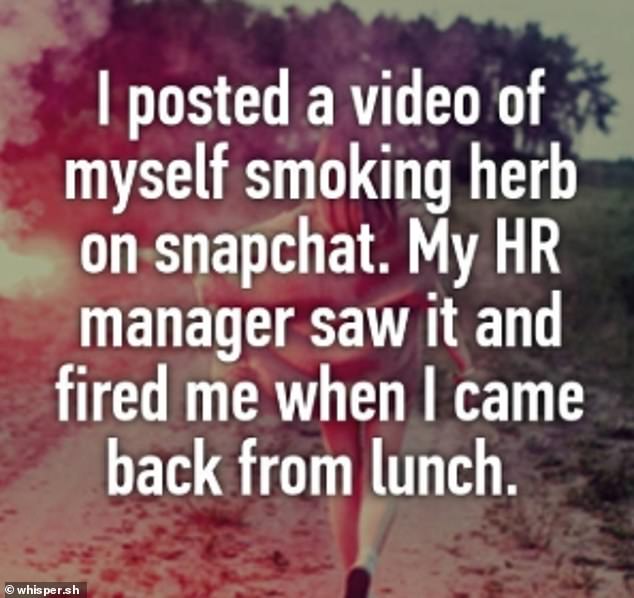 People from around the world shared the online posts that made them get fired from their job, including one anonymous person who was caught smoking drugs 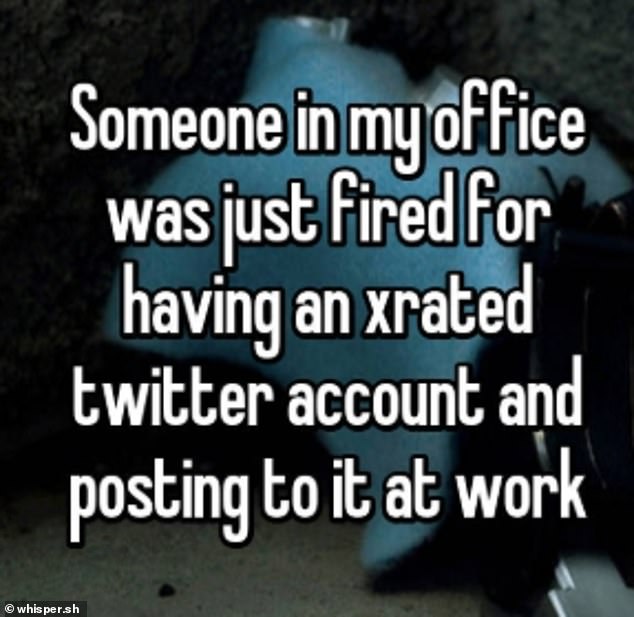 A man who lives in Denver, revealed a co-worker was fired for posting on their x-rated Twitter account while at work 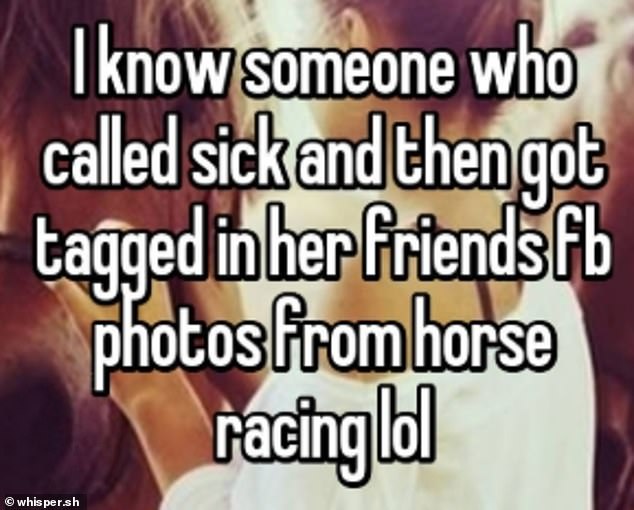 A woman from London, said someone she knows was fired because they were caught lying about being sick when their friend tagged them in a photo on Facebook 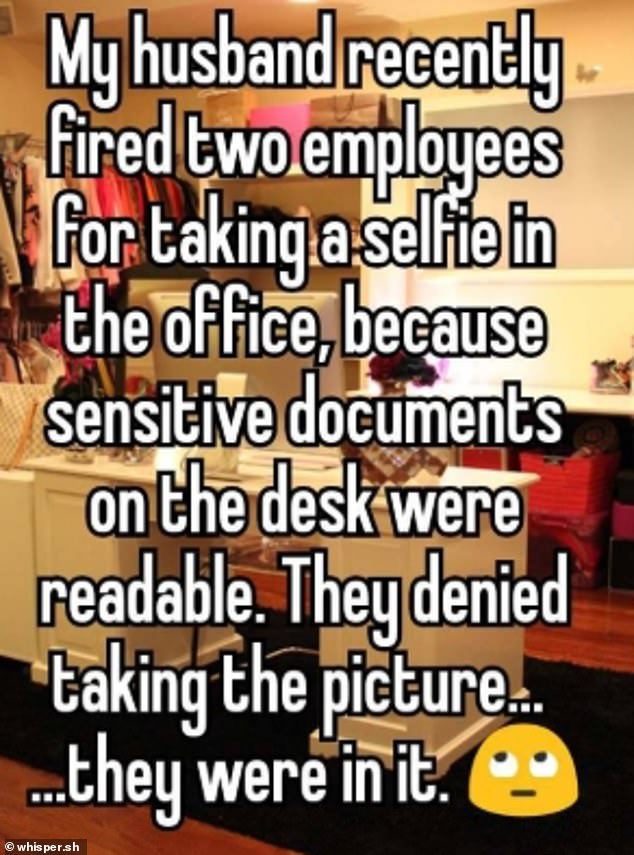 A woman who lives in Texas, confessed her husband fired two employees because they took a photo of themselves with sensitive documents in the background 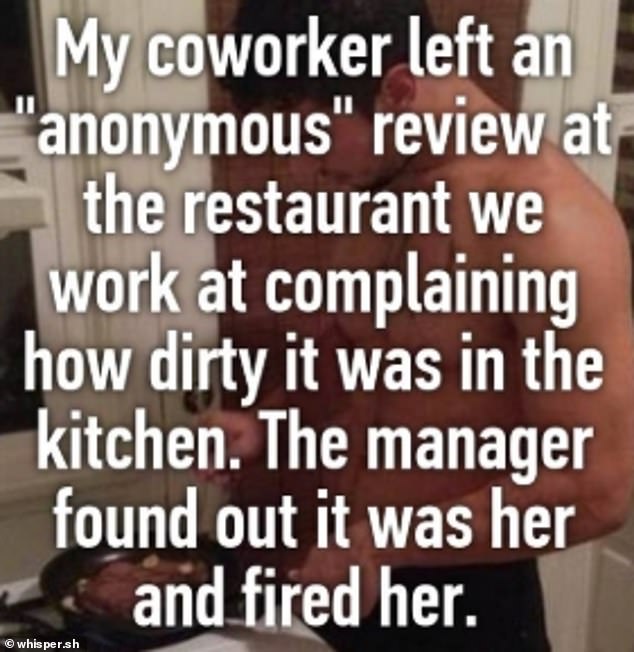 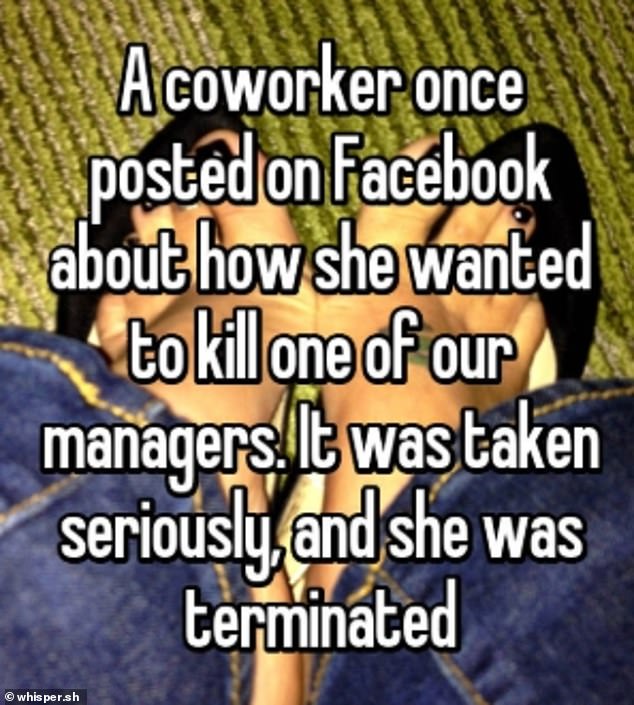 One person who lives in Texas, said their colleague was terminated because they were caught posting on Facebook about wanting to kill a manger 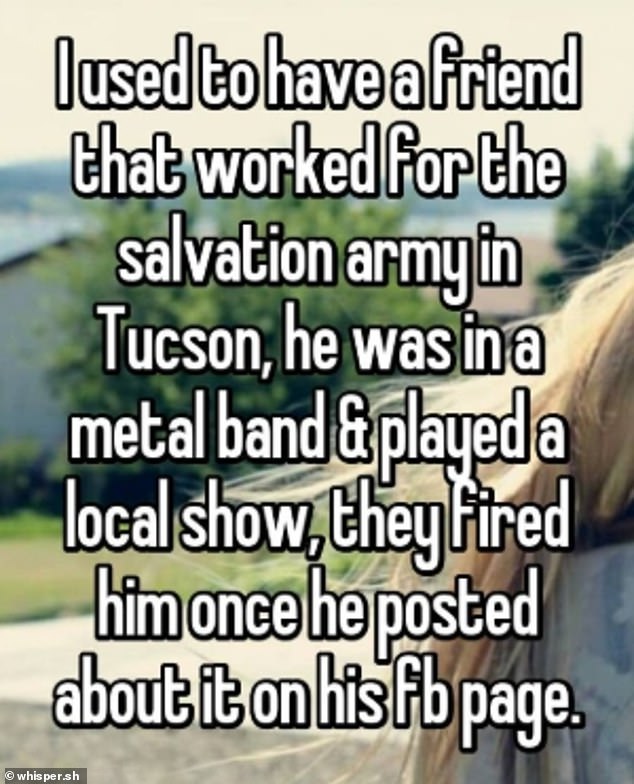 Another revealed their friend was fired from the Salvation Army, when the charity discovered he was in a metal band 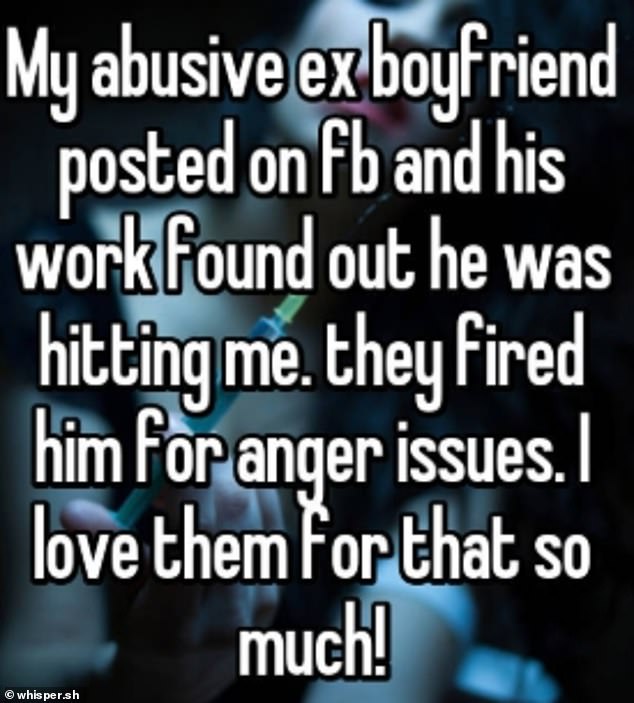 A woman who lives in Mississippi, said her abusive ex-boyfriend was fired when his anger issues were revealed in a Facebook post 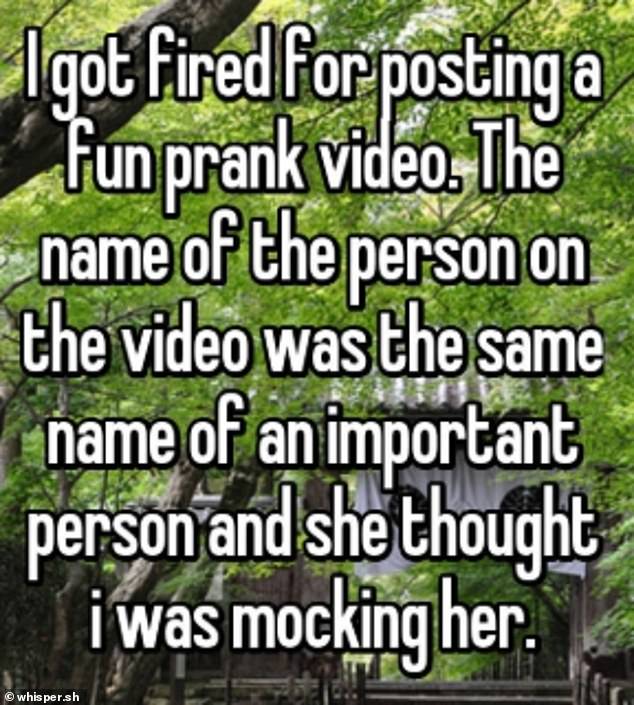 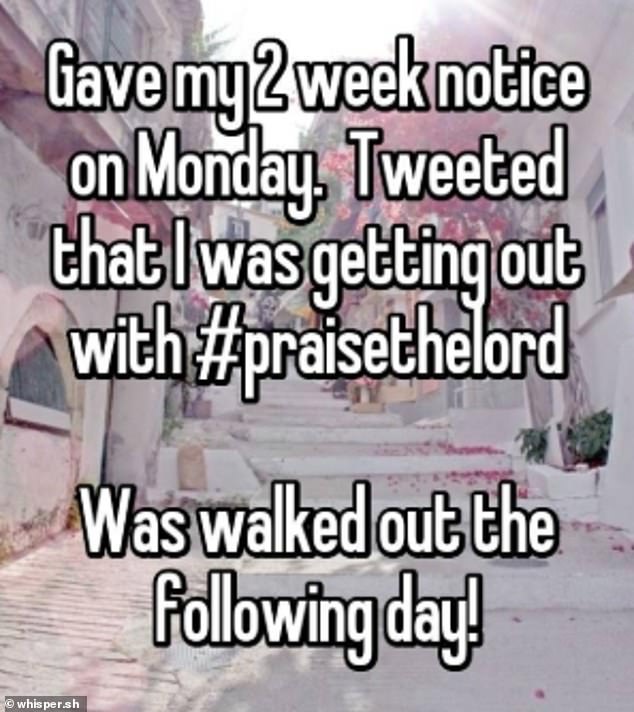 A woman from Massachusetts, claimed she was fired the day she handed in her notice because she posted on Twitter that she was celebrating leaving her role 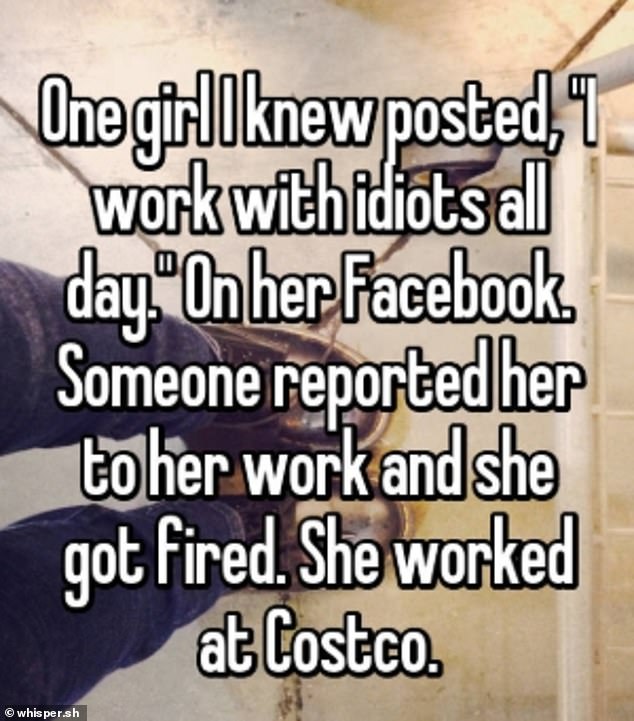 Another woman who lives in Texas, revealed someone she knows was fired from Costco for posting on Facebook about her colleagues being ‘idiots’ 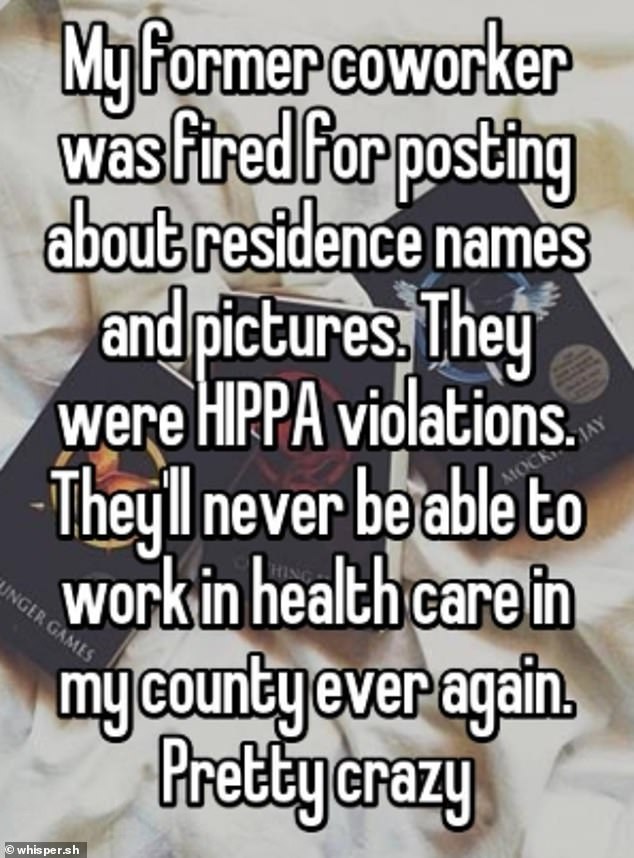 A woman based in Virginia, revealed a former co-worker was fired for sharing sensitive data and was banned from working in health care at other places around the U.S.