If you have an overbearing parent, the chances are they never miss a trick when it comes to sending a sarcastic message.

Amomedia has rounded up a selection of amusing conversations that people from around the world have had with their parents via text message.

One schoolboy found himself in hot water for using his phone during school hours, when he replied to his father who had texted him first.

Another funny moment saw an innocent mother asking if her daughter was ‘coming home WTF’, thinking it stood for Wednesday, Thursday, Friday. 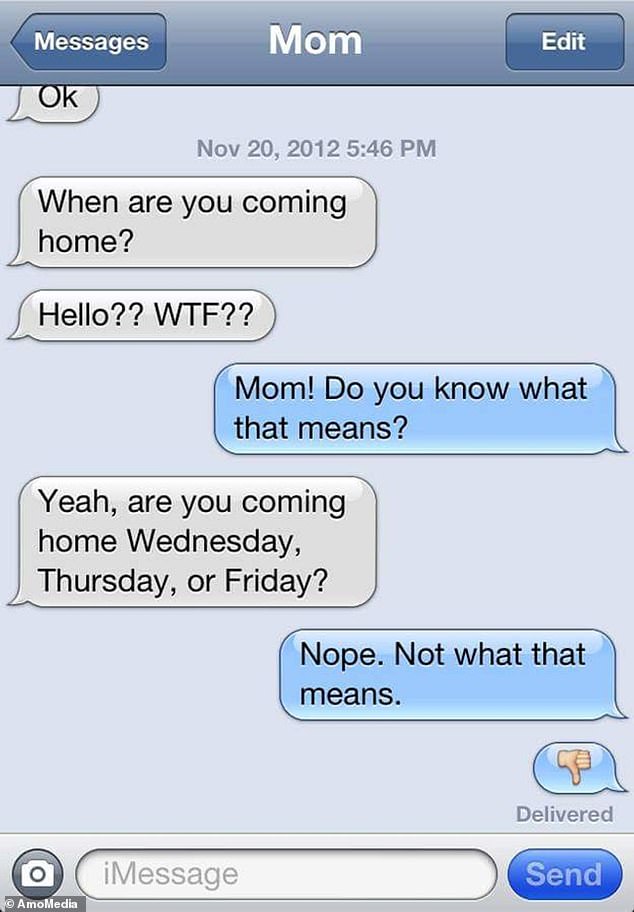 People from around the world shared screenshots of the hilarious conversations they’ve had with their parents over text, including a mother who doesn’t know how to correctly interpret WTF (What The F***) 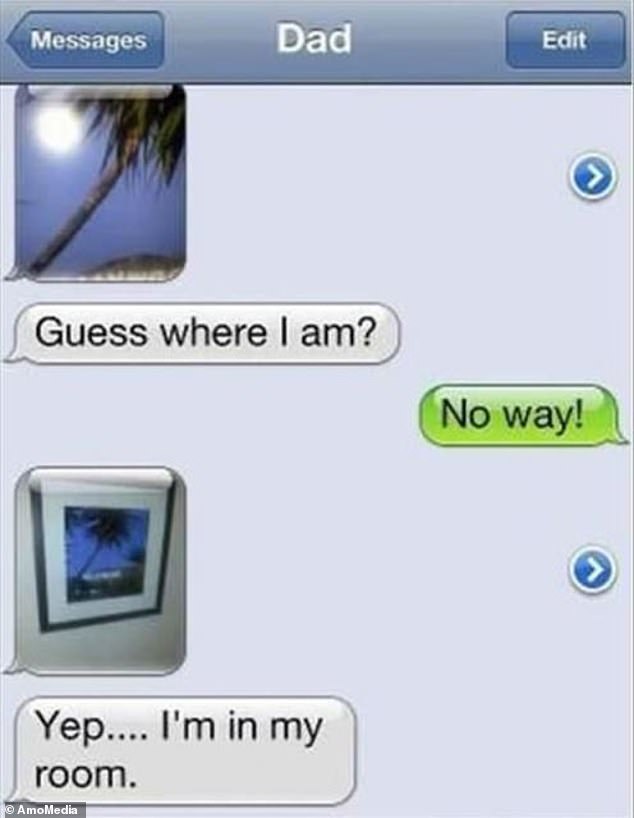 One person was fooled into thinking that their father was sat on a tropical beach, after receiving a close-up photograph of a picture on the wall 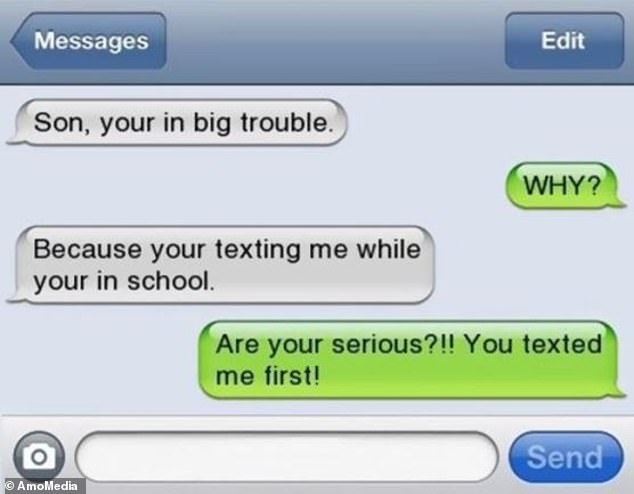 A boy who replied to his father’s text message while at school was stunned to find himself in trouble, although his dad texted him first 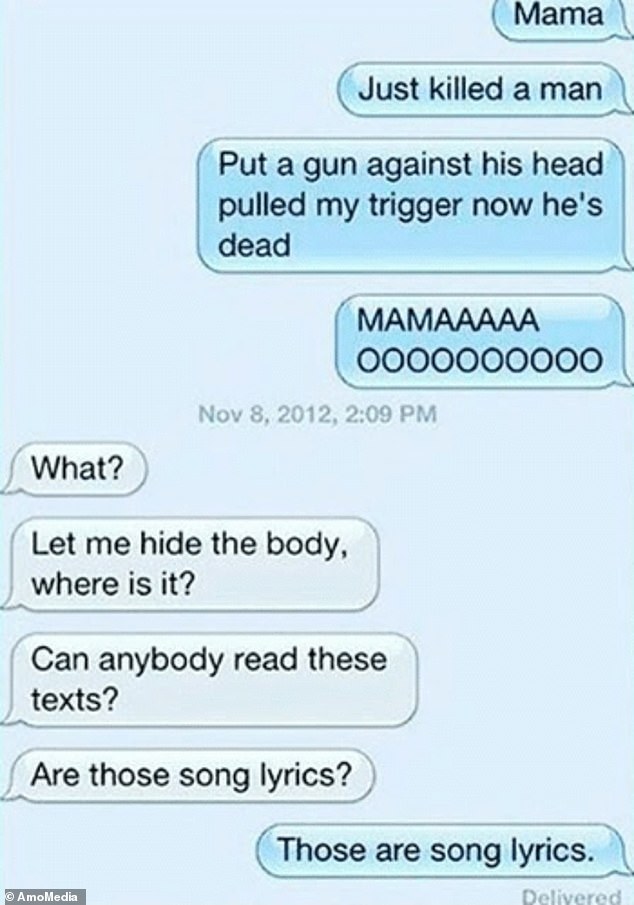 One mother revealed her inner criminal instinct, after receiving the lyrics to Queen’s Bohemian Rhapsody 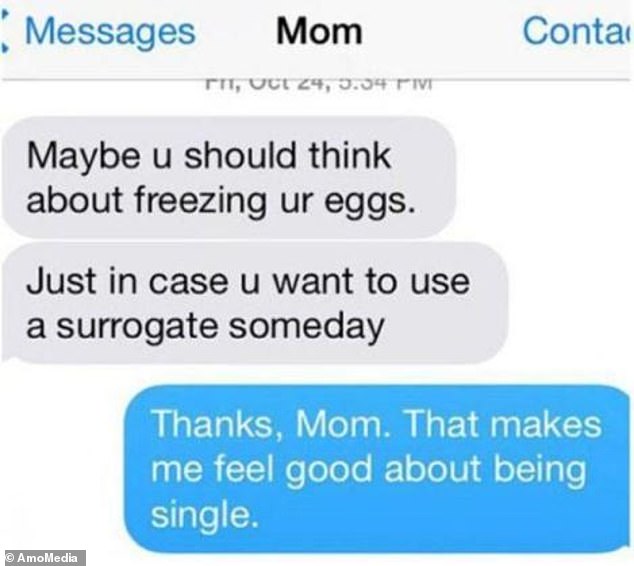 Another mother refused to hide her desire for grandchildren, texting her daughter with advice that she should freeze her eggs 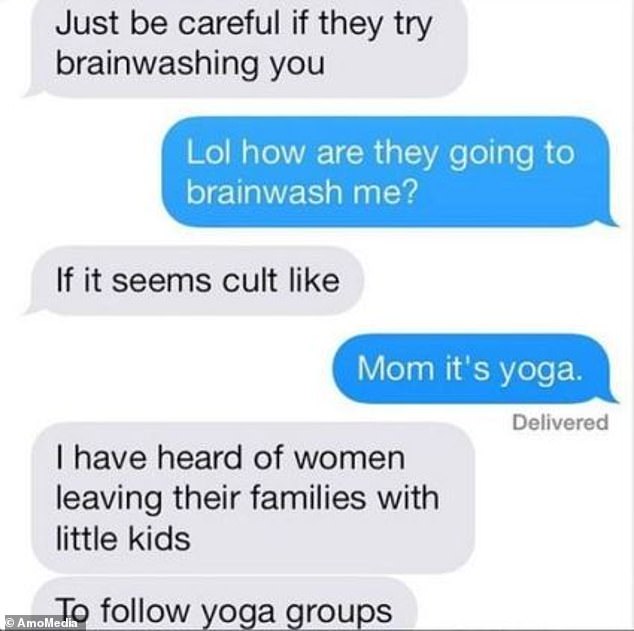 A mother who heard horror stories related to yoga, attempted to frighten her daughter into believing that she’s part of a cult 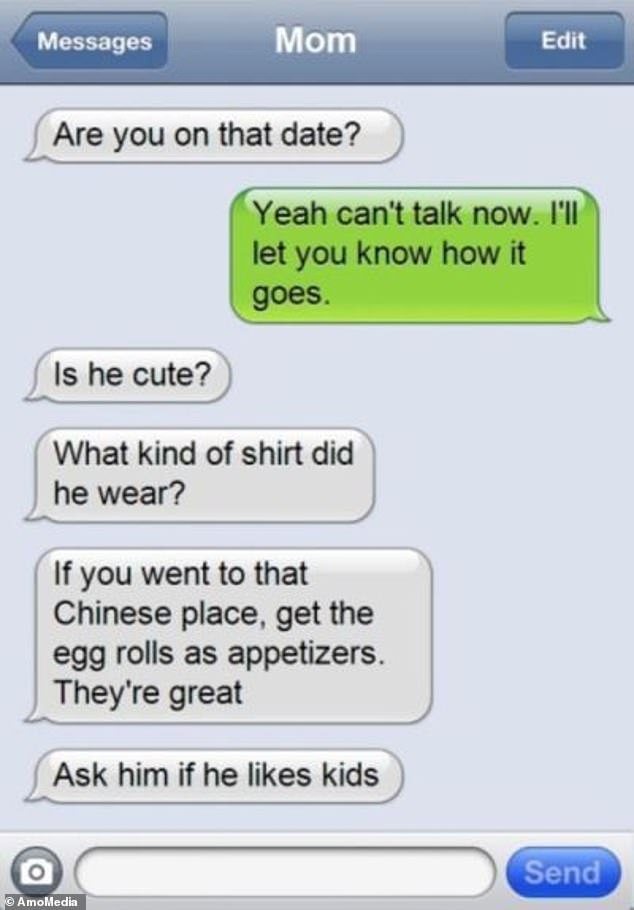 One mother filled her daughter’s phone with a long stream of text messages, after learning that she was on a date 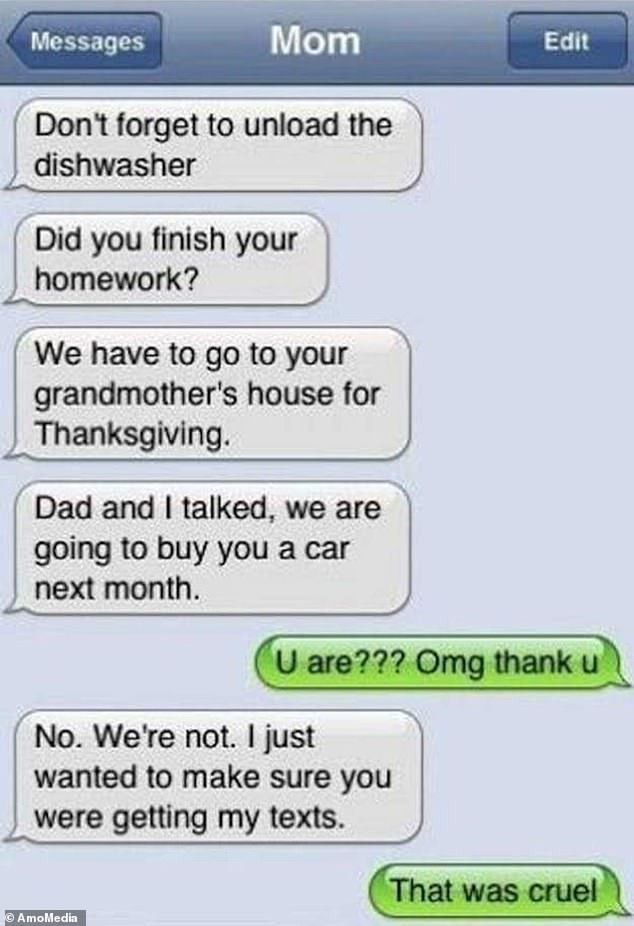 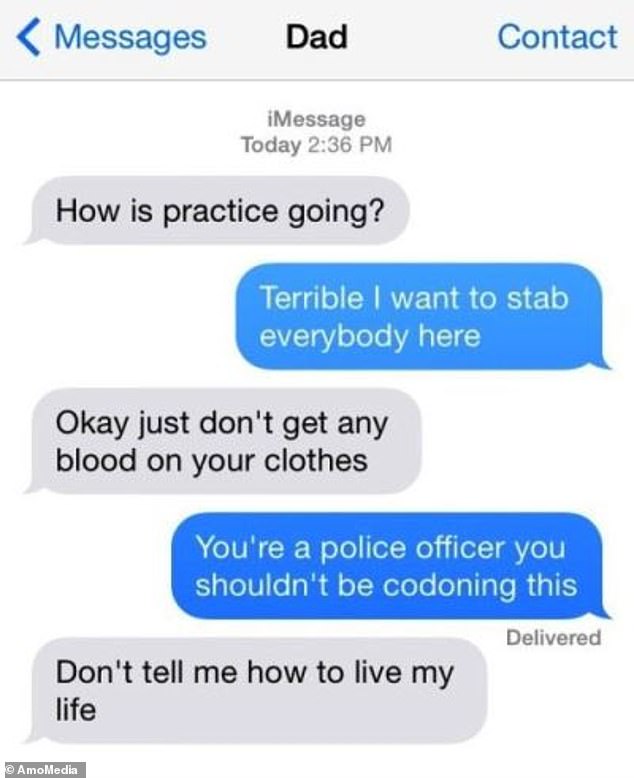 A father who received an aggressive text from his daughter, joked that she shouldn’t get blood on her clothes 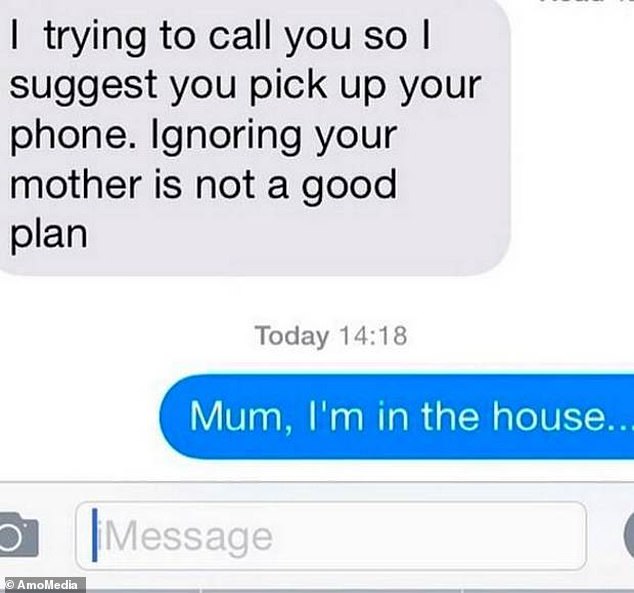 One person found themselves receiving an angry text from their mother for not answering the phone, despite being in the same house 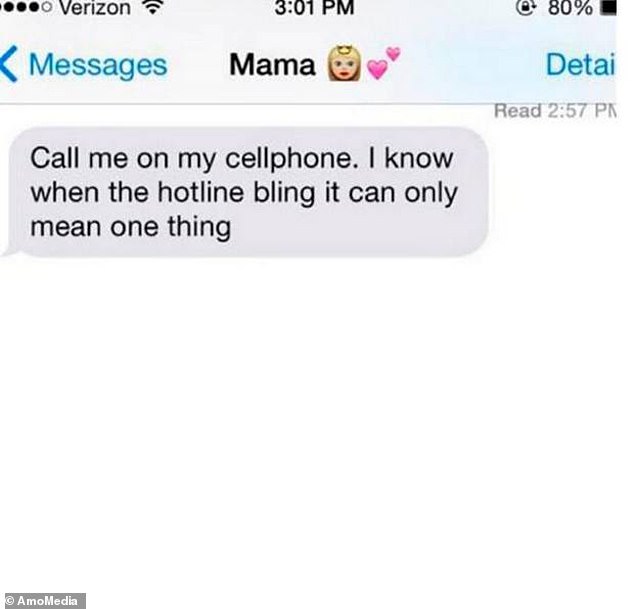 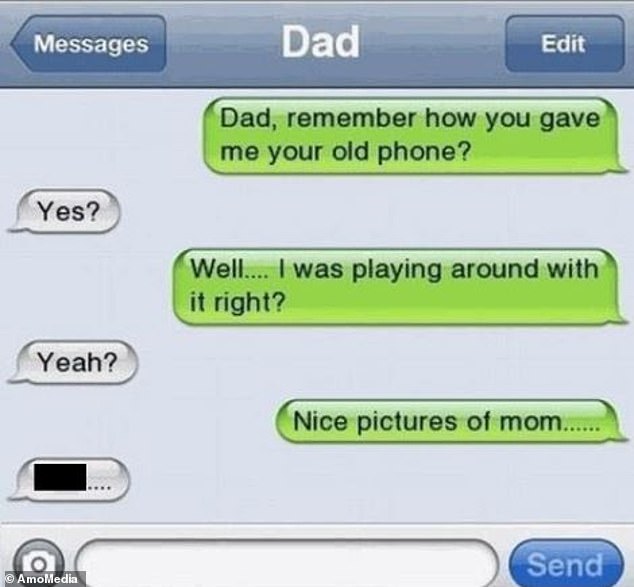 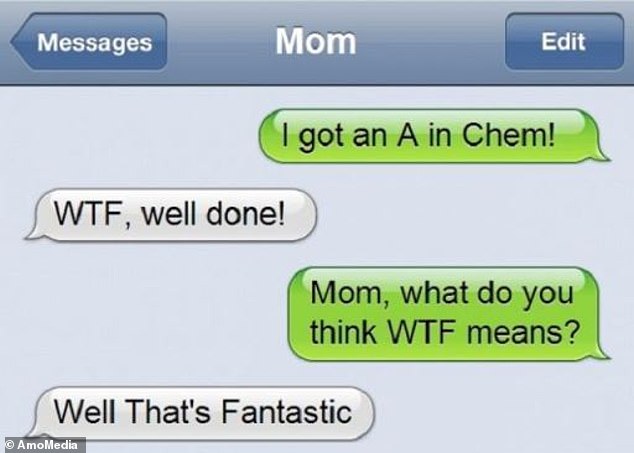 One mother accidentally swore at her daughter, by using WTF to congratulate her on the results of a chemistry class