A fourth grade student and her mother have spoken out against an ‘offensive’ math problem that asked the nine-year-old to compare girls’ weights.

Rhythm Pacheco attends Grant Elementary School in Murray, Utah, and was doing her math homework one day when she came across a question that made her feel uneasy.

The problem read: ‘The table to the right shows the weight of three Grade 4 students. How much heavier is Isabel than the lightest student?’ 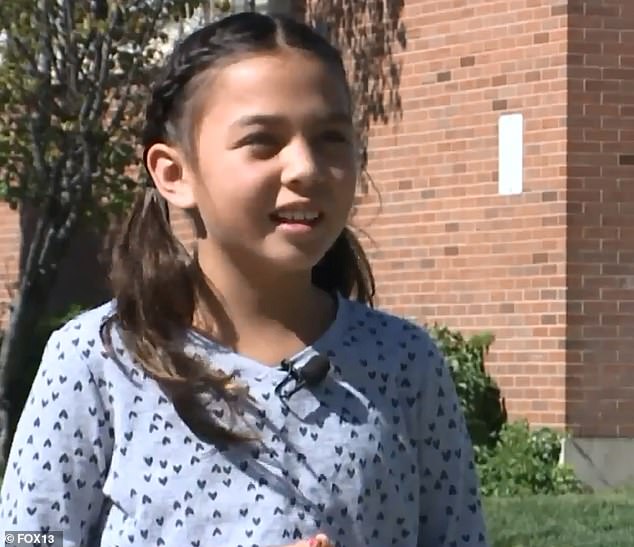 Speaking out: Rhythm Pacheco, nine, called out a math problem on her fourth grade homework

Controversial: The question asked students at Grant Elementary School in Murray, Utah, to figure out how much heavier one girl was compared to two other females

Rhythm believed the question was offensive because it was asking a young student to compare the weight of three females, sending the wrong idea about body image.

‘I was shocked…I was shocked, honestly,’ Rhythm’s mother, Naomi Pacheco, told Fox 13 about the question.

‘I feel like it’s such an irresponsible way to teach children how to do math.’

Previous questions on the math assignment asked the students to compare items like watermelons and animals like Saint Bernard dogs. So the homework was attempting to ask questions fourth graders would relate to.

But both Rhythm and her mother believed the question comparing girls’ weights was unnecessary.

Instead of answering the question, Rhythm circled it and wrote a quick note on the homework assignment to explain why she would not answer. She also penned a separate note to her teacher.

‘She circled [the question] and wrote, “What! This is offensive! Sorry I won’t write this it’s rude!”‘ Naomi said. 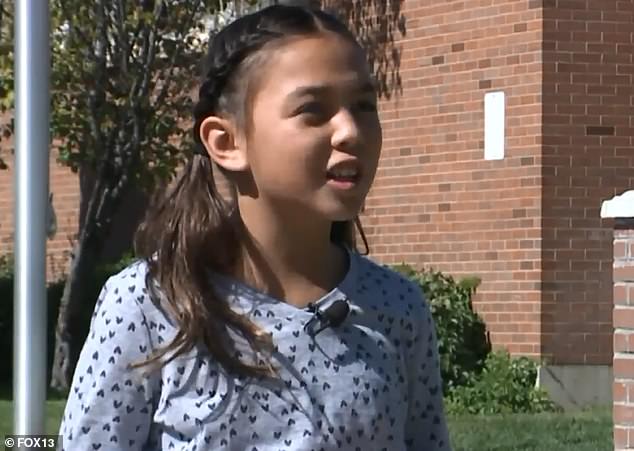 Starting a conversation: ‘I thought it was offensive,’ Rhythm said, refusing to answer the question. ‘I didn’t like that because girls shouldn’t be comparing each other’ 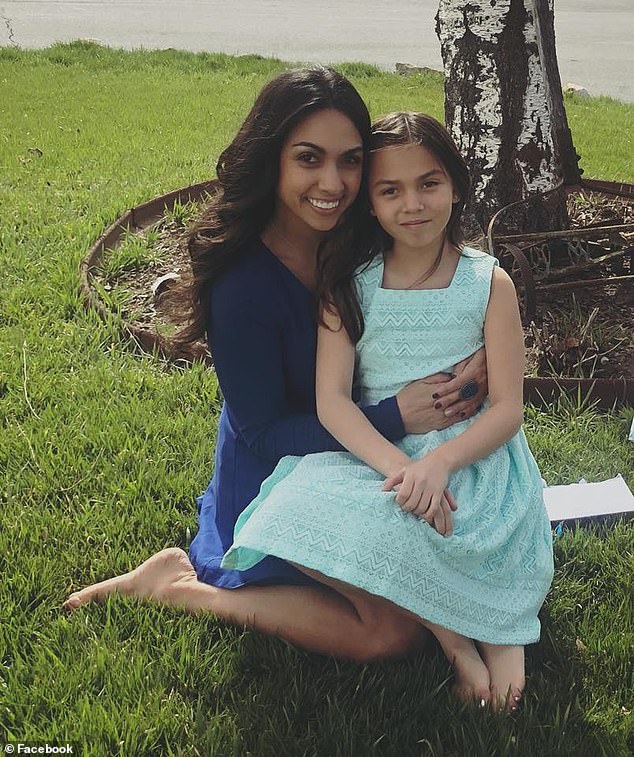 Supportive: Her mother Naomi (pictured) supported the student’s decision to question the math problem after it asked her to compare weights of girls 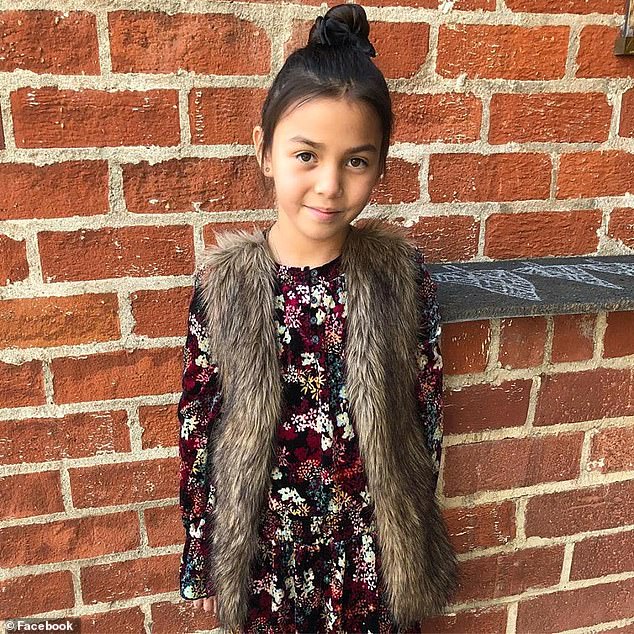 Standing up: Eureka Math defended the question and claimed it has never received complaints about its questions in recent years, but Rhythm still thought the question was unnecessary

When speaking to the news site, Rhythm said she understood the question was only a question. But she thought it was sent the wrong message to herself and her classmates.

‘I thought it was offensive,’ Rhythm said. ‘I didn’t like that because girls shouldn’t be comparing each other. I know it was a math problem…but I don’t think that was really OK.’

The question came from Eureka Math, which is used by Murray City School District.

Eureka Math defended the question and claimed it has never received complaints about its questions in recent years.

‘There is no value judgment in the question about weight, it’s merely a comparison,” Eureka Math’s Director of Marketing Communications Chad Colby told Fox 13. ‘It sounds like the parent is putting the value judgment on it, not the question.’

But Naomi thought the organization was missing the point.

‘I think we have other resources and other ways of teaching our children math and how to weigh proportions, objects, people, without direct comparisons — especially comparing little girls,’ she said.