Australia is a ‘country of criminals’ full of ‘arrogant’ people with ‘backwards’ views on indigenous groups and ethnic minorities, a New Zealander has sensationally claimed.

The unidentified man appeared in a YouTube video uploaded by American vlogger James Prime, who asked Kiwis what they think of their neighbours across the Tasman.

Mr Prime fell in love with Aussie lifestyle and culture while living in Adelaide which he calls the country’s ‘greatest city’ – but some of his interviewees had different views. 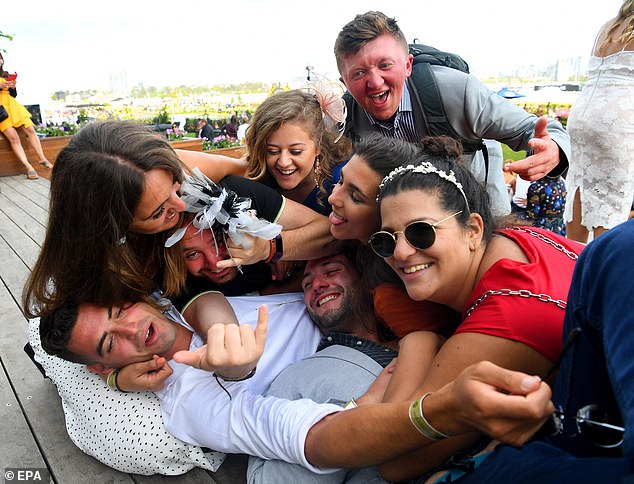 Punters at Flemington Racecourse for the 2019 Melbourne Cup pile on top of one another, living up to New Zealanders’ perception of Australians as fun-loving ‘party animals’

While many praised Australia for its weather, beaches and beautiful women, others slammed ‘rude’ Aussie men for having superiority complexes and being ‘blatantly racist’ towards Aboriginal communities.

‘There’s a lot of arrogance and backwards attitudes in general… They sent a whole bunch of prisoners there,’ one man said.

He is referring to the more than 160,000 predominantly British and Irish convicts who were shipped to the colonies of New South Wales, Tasmania and Western Australia from January 1788 until 1868, when transportation ceased.

‘I don’t want to sound too ‘un-PC’ [politically correct], but it’s basically just a country of criminals,’ he said. 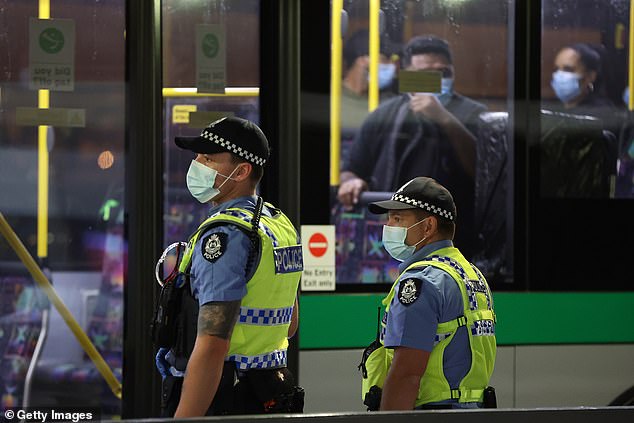 Australia is a ‘country of criminals’ full of ‘arrogant’ people with ‘backwards’ views on indigenous groups and ethnic minorities, one New Zealander sensationally claimed. (Pictured: Australian Police officers at Perth airport on October 19, 2020) 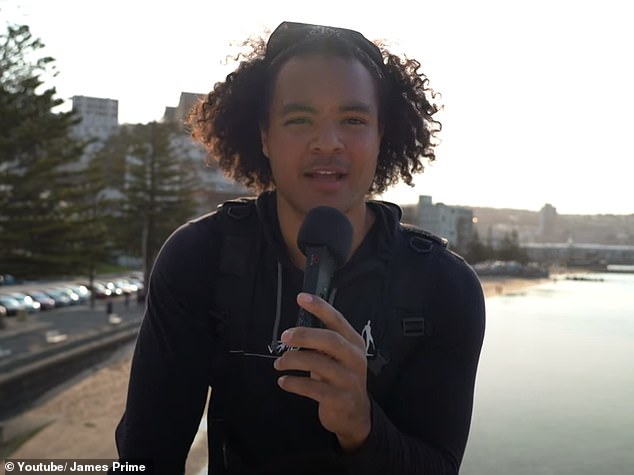 American YouTuber James Prime, who asked Kiwis what they think of their neighbours across the ditch

‘There’s a few Australians who are just blatantly racist against Aboriginal people, and I just don’t respect that at all.’

Others had similar views, with one woman calling Australians ‘crass’ and ‘a bit rude’.

A pensioner who spent many years in Australia said he prefers life in New Zealand, where people are friendlier and places are more easily accessible.

‘They style themselves as the ‘lucky’ country, but that no longer seems to be true,’ he said. 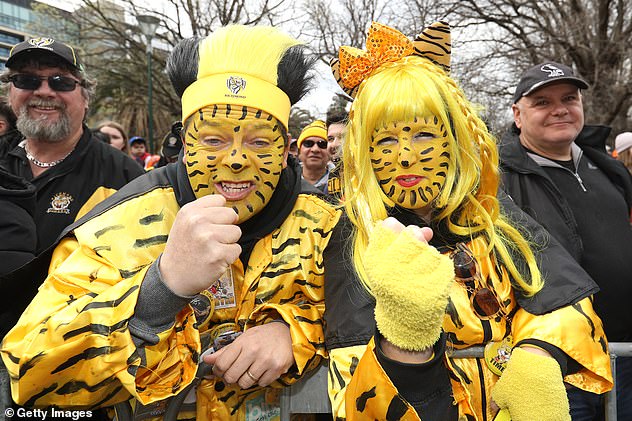 Loud and outgoing? Supporters of the Richmond Tigers AFL team wear yellow and black face paint at the 2019 Grand Final parade in Melbourne

While Kiwis waxed lyrical about ‘beautiful’ Australian women for being fit, healthy and permanently tanned, they were less complimentary about Australian men.

One New Zealander bluntly described them as ‘weird’.

Another compared Australia and New Zealand to the United States and Canada, noting Aussie men tend to be louder and more assertive than their counterparts across the ditch. 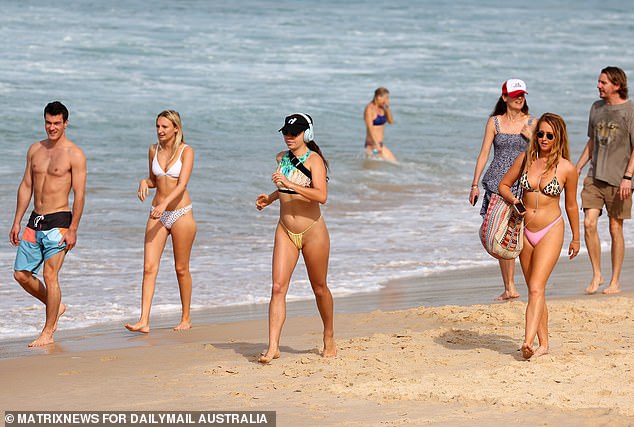 Most said the majority of Aussies are ‘lovely’, ‘outgoing’ and friendly people who love to socialise.

‘Last time I was in Sydney everyone was really nice,’ one woman said.

‘Chicks from Cairns especially, they love to party!’ a man added.