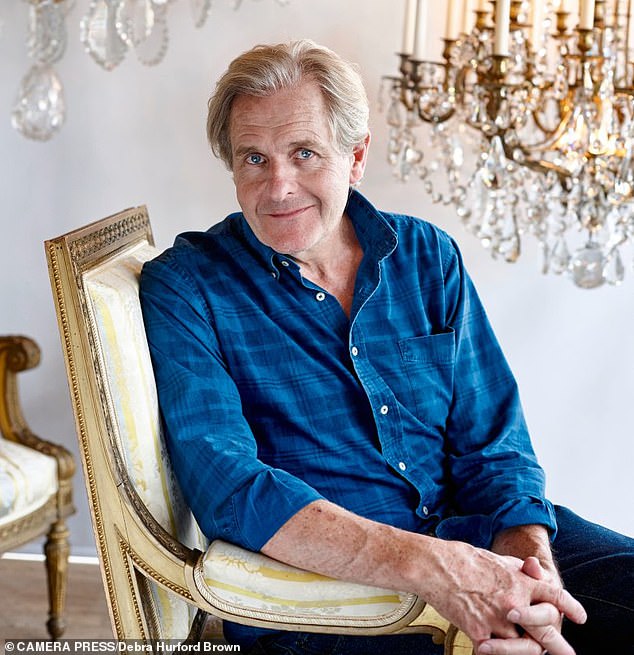 Robert Bathurst, 63, (pictured) shared the stories behind a selection of his favourite photos 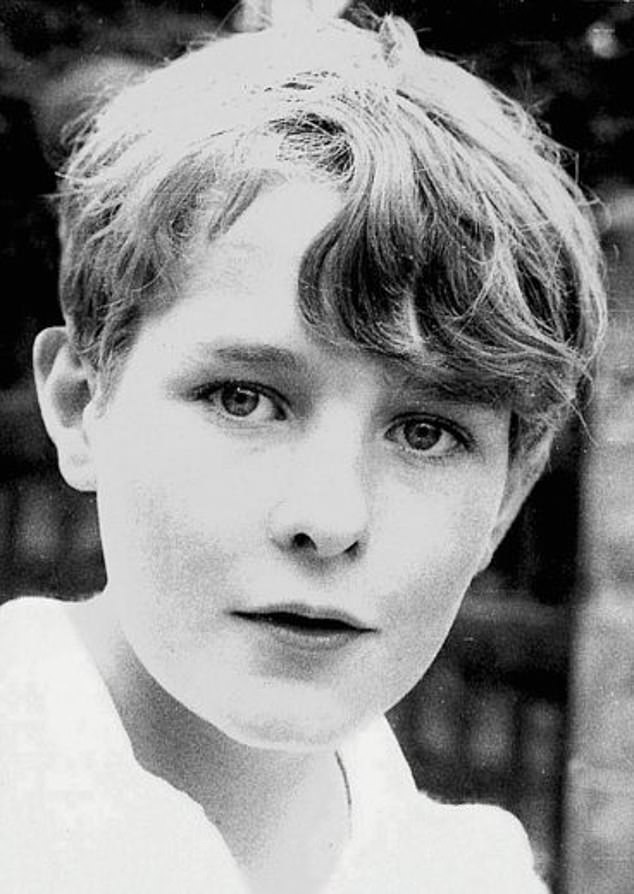 1969: This was taken at my boarding school in Sussex when I was 12 and captain of tennis by a teacher, Mr Bertie. But it was pronounced ‘Barty’, and if you said ‘Bertie’ he got very annoyed. Before that I’d been to a bleak Irish prep school, which I hated – the building was owned by a barmy Anglo-Irish aristocrat, Lord Headfort, who’d ride around on his horse dressed as a cowboy and reputedly firing a revolver 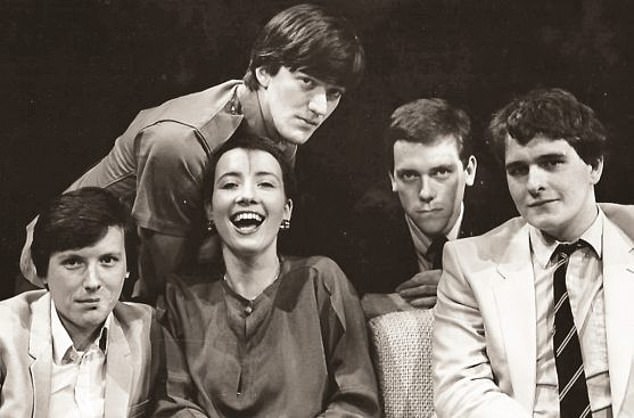 1981: I knew I wouldn’t get into Cambridge University if I said my ambition was to act so I lied in my interview and said I wanted to be a barrister, and they gave me a place. I joined Footlights and did shows with Emma Thompson, Stephen Fry and Hugh Laurie, all pictured with me here 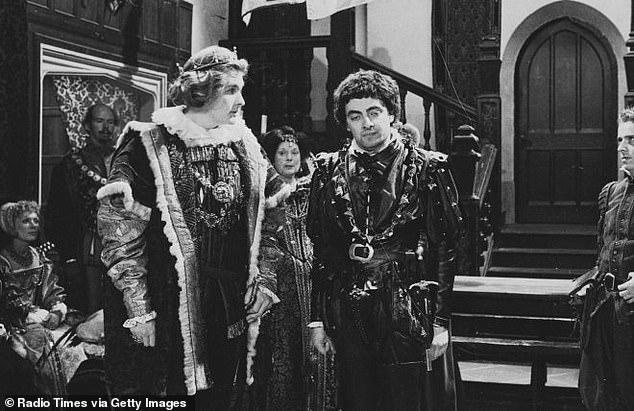 1982: This is me in the Blackadder pilot show with Rowan Atkinson, playing Blackadder’s brother. That same weekend I did an audition for That’s Life, as my agent thought I should be a TV presenter. So I presented to an audience in the studio and did the chit-chat with the show’s mainstay, Esther Rantzen, and I got the job. But I turned it down – after doing the Blackadder pilot, I knew that that was the direction I wanted to take. However, they then reshaped the series, got rid of half the family and I was sacked! 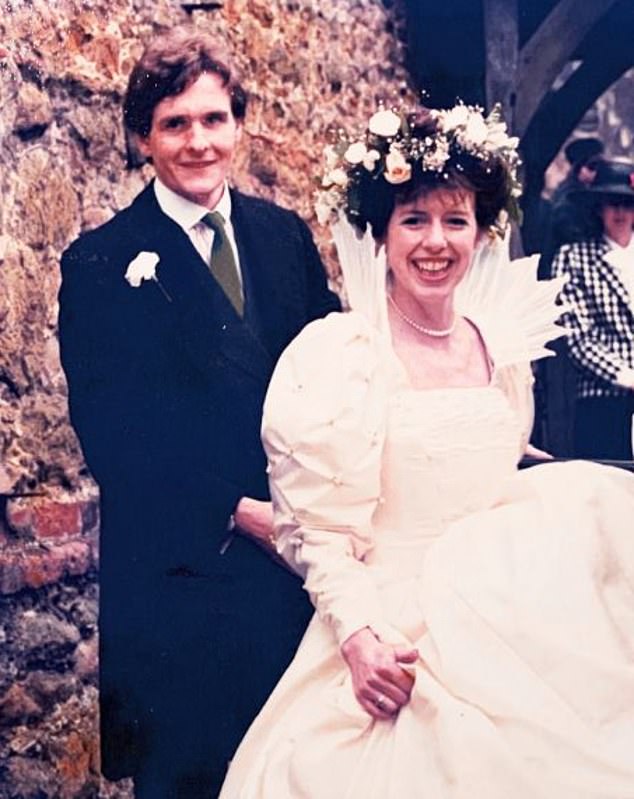 1985: My wedding to Victoria, an artist, was in Limpsfield in Surrey. She married someone with no prospects – for months I’d been in Saint Joan at the National Theatre and had just one line, ‘Halt, who goes there?’. But she stuck by me and we have four daughters in their 20s. Our wedding was at 2pm, with tea at 4pm and off at 6pm – everyone had the rest of the weekend to themselves and we went to Mexico on a six-week honeymoon. I keep telling my daughters that a tea-and-off wedding is perfect! 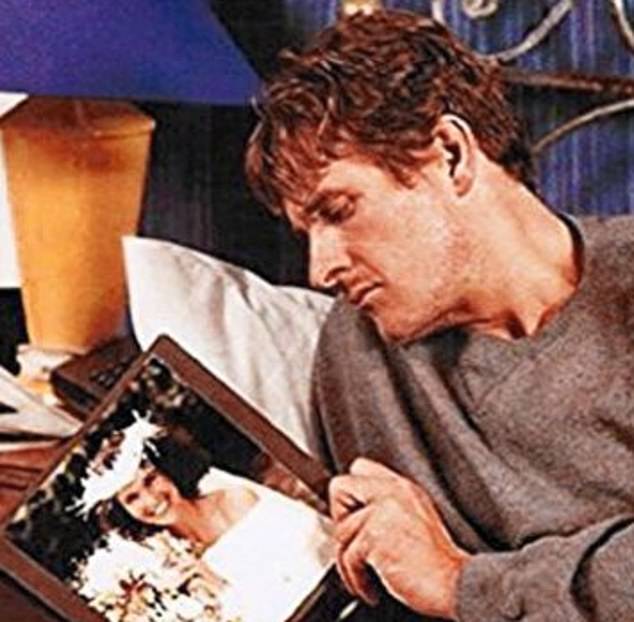 1993: Mark Taylor in BBC sitcom Joking Apart was my favourite role ever. I was late for a press conference to promote the first series and the writer, Steven Moffat, was on edge. He said, ‘Bathurst, if there is another series, I’m going to do a whole episode with you naked.’ Sure enough, in the next series, I run a bath in my dressing gown, go into the corridor, and the gown gets caught in the door as it slams behind me 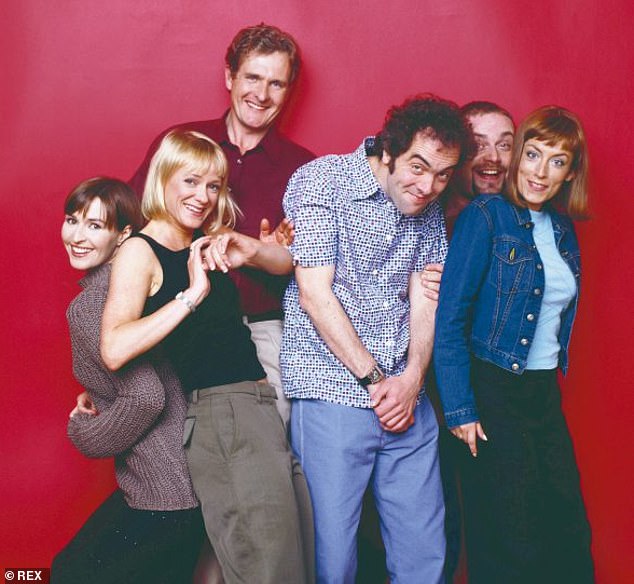 1997: I initially turned down an audition for the role of David Marsden in Cold Feet because I was in a play in Salisbury. If I’d known the TV show was going to be so successful, the theatre wouldn’t have seen me for dust! After Rachel was killed in 2003, we had 13 years off. Then, when Downton was finishing, ITV thought there was juice in the five remaining characters… We actors get on well but don’t see much of each other off screen 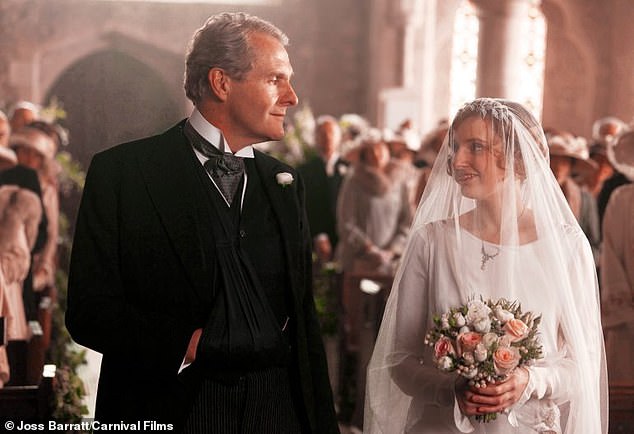 2012: Coincidentally, I was in Downton, playing boring neighbour Sir Anthony Strallan, who talked about agricultural machinery. I made a slight play for Lady Mary but was far too dull for her, and later appeared having lost the use of an arm in the First World War – why I’d been fighting at my age I’ve no idea! Then, in series three, I courted Lady Edith, pictured here, only to jilt her at the altar as I felt I was far too old for her. When we rehearsed this scene and I walked out, the whole congregation led by Jim Carter [Carson] went ‘Boo!’ 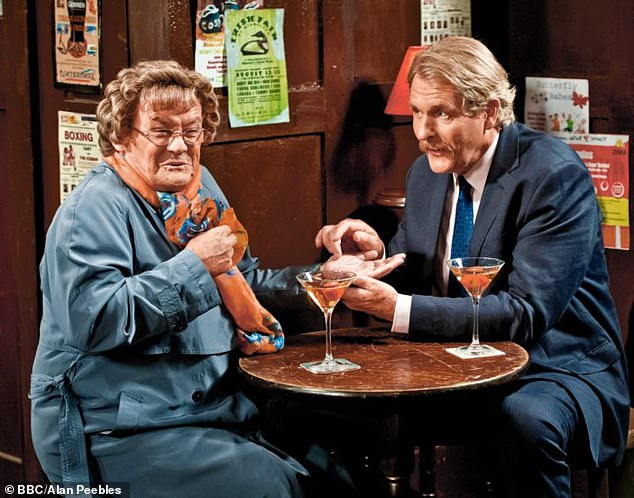 2016: I stand up for Mrs Brown’s Boys – people give the show a pasting, but it’s from a music hall tradition and is very popular. In this episode I played Mrs Brown’s love interest – after I put my hand up her skirt it ended up being caught in a mousetrap! I was also in the Mrs Brown’s Boys film, playing a barrister with Tourette’s – the only lawyer I’ve ever played despite my qualification!

As told to Rosanna Greenstreet. All nine series of ITV’s Cold Feet are available on BritBox. Robert’s latest audiobook is A Better Man by Louise Penny (Macmillan Audio).