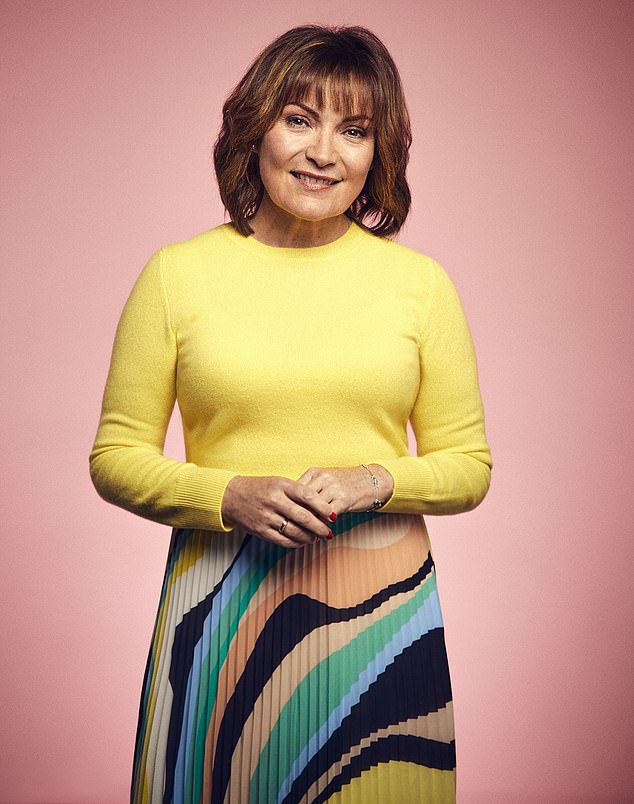 1962: My shop assistant mum Anne was only 18 when she had me and I always remember her as such a stylish woman, as you can see from this picture of her – with her beehive hairdo – and me out shopping in Glasgow. I was a much-loved child and both my mum, now 78, and dad John, 79, who worked as a TV engineer, put a real emphasis on education, which gave me and my younger brother Graham, 54, a head start in life. I’m still close to my parents, who live near Glasgow, and I call them every day 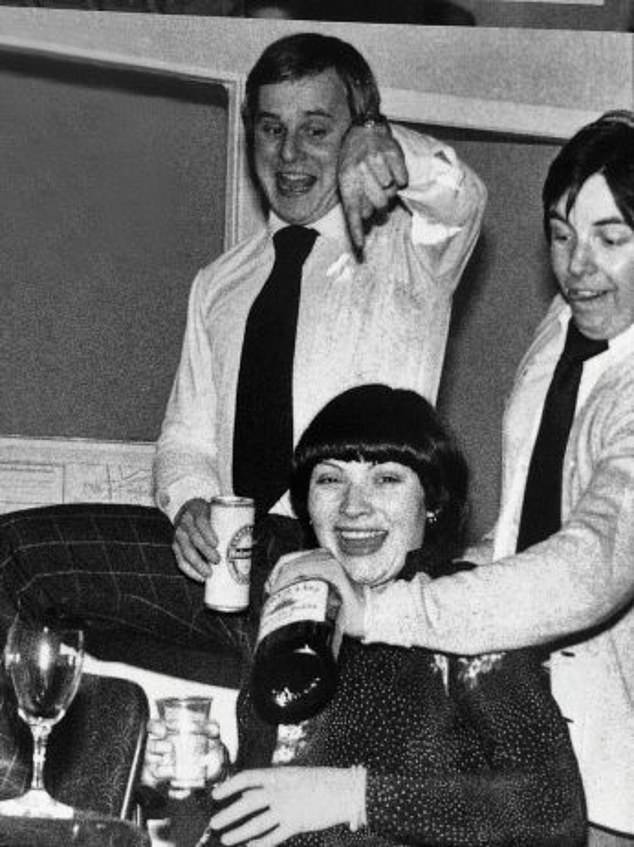 1982: joined the East Kilbride News in Scotland straight from school at 17. I was going to study Russian and English, but I’d always wanted to be a reporter and was lucky to get the job. I worked there for five years, doing everything from reviewing plays to judging baby shows, before joining BBC Scotland as a researcher. This picture was taken at my leaving do 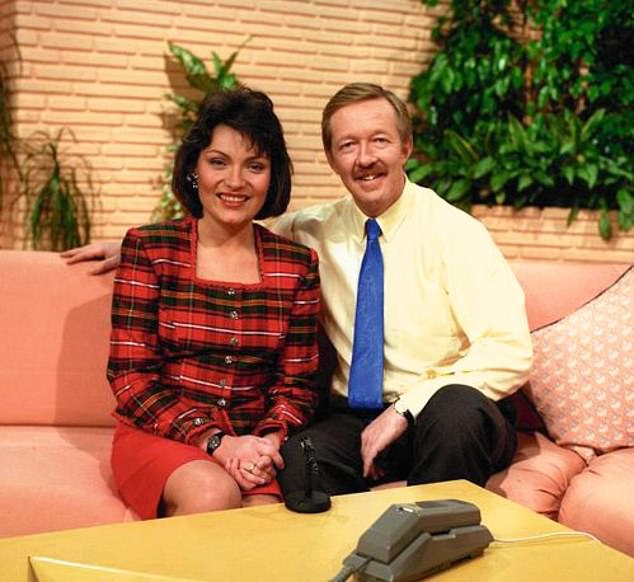 1990: I adored the late Mike Morris, and this is me on the TV-am sofa with him. I think Mike was the most underrated television presenter there’s ever been – he made live TV look completely effortless and I learnt a huge amount from him. He was my first co-presenter, an absolute joy to work with and a complete gentleman. It’s so sad that he’s no longer with us 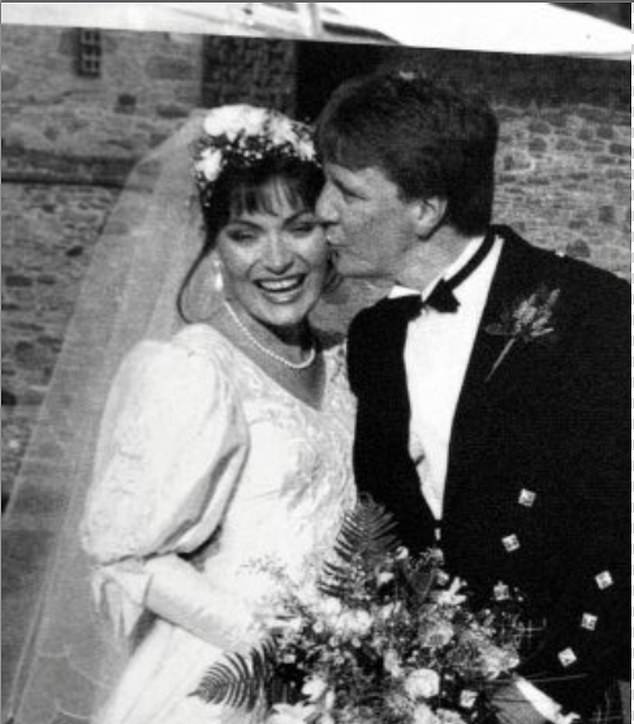 1992: Here I am with my cameraman husband Steve on our wedding day in Dundee. The day before it poured with rain but we woke to brilliant sunshine. I’d first met Steve, who’s from Dundee, in 1986 when he was my cameraman. And our first date was going to watch Dundee Utd – his team, and soon also mine. Very romantic – and sadly we lost too! Our wedding was so happy, surrounded by family and friends. I know the bride is supposed to leave early but we stayed to the bitter end, waving our guests away 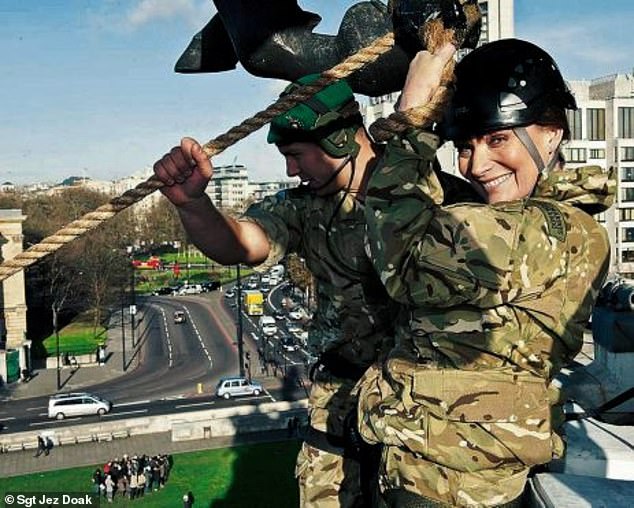 2012: Since 2009 I’ve been an honorary colonel of the Black Watch, and this photo was taken at the launch of a charity event. I zoomed down a zip wire from the top of Wellington Arch in London helped by Royal Marines. One had to give me a push as I’m not great with heights and I froze, but it was great fun. Last year I was also made an honorary colonel of the Army Cadet Force, which helps young men and women learn vital skills that set them up for life 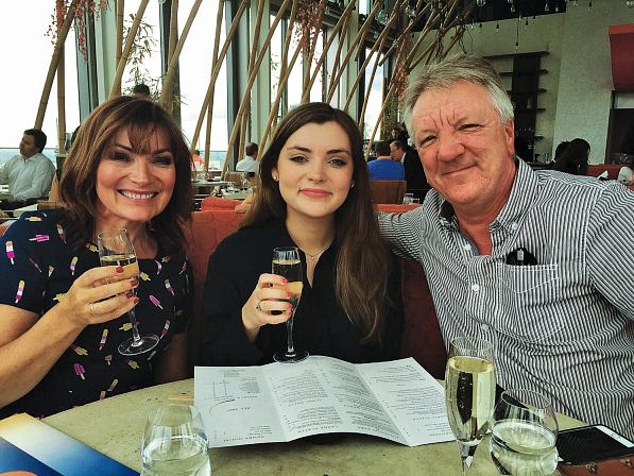 2016: Steve and I took our daughter Rosie for this special lunch in London to celebrate her 21st birthday. She had a party with all her pals, then went straight to Singapore to work for a kids’ charity and then a PR firm. I’m so proud of her. She’s bright, funny, kind, sensible and organised. She was supposed to come back several weeks ago but was stuck out there as the country was in lockdown. But she managed to get a flight out and now she’s home for good. I’m thrilled as I really missed her 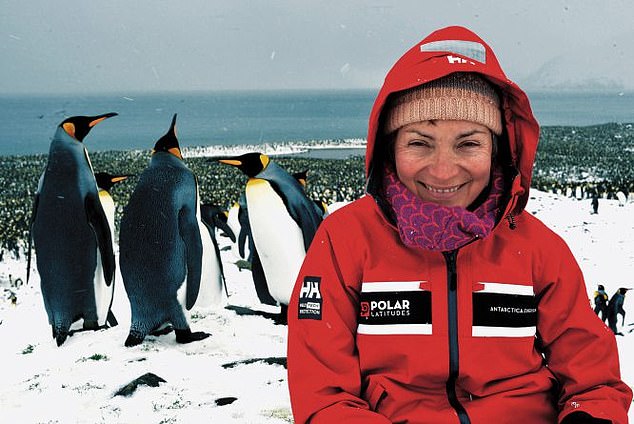 2017: To celebrate our silver wedding anniversary Steve and I went on an expedition to Antarctica, following in the footsteps of my hero Sir Ernest Shackleton. I took a polar dip in the freezing waters of Deception Island, got up close to these king penguins on South Georgia, and also visited Shackleton’s grave and toasted him with the traditional large glass of malt whisky. We then flew to the Falklands, which reminded me so much of the Western Isles of Scotland. It really was the trip of a lifetime 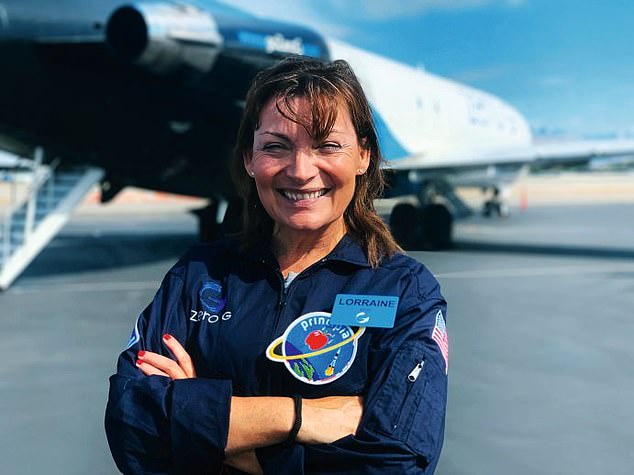 2019: I wanted to be an astronaut as a kid, and for my 60th birthday last November the fantastic team on my show sent me to the US for a zero gravity flight (the closest thing you will get to actually being in space) and astronaut training. When I went back to the hotel in my flight suit, a woman at reception asked if I actually was an astronaut – the proudest moment of my life!

Bride shows off the dream dressing room her fiancé built her