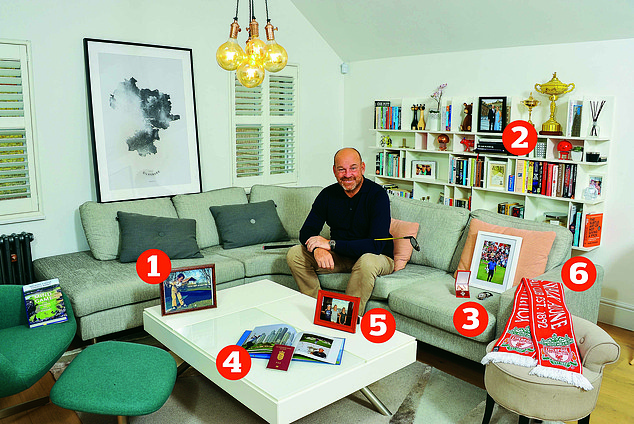 My parents were keen golfers, and I’m three in this photograph, practising in our back garden in Denmark.

I’d be dropped off with my brother, Soren, from a young age at the local golf club in Silkeborg, in the centre of the country.

It was like play school for us and by my mid-teens my destiny was sealed. My mother, Hanne, is retired now but, at 78, she still plays golf four times a week.

I never dreamed I’d be the Ryder Cup captain, still less that the Europeans would beat the Americans as we did in 2018 in Paris.

Each of us got a replica Ryder Cup and I had Lego, that Danish institution, make replica statues for all the team as well.

I also stayed true to my word: I promised I’d get a tattoo of the winning score. But only my fiancée, TV producer Grace Barber (who’s with me in this photo at the Palace of Versailles), has seen it, as it’s on my bottom.

Two years ago I was awarded this Danish equivalent of the MBE. The growth in popularity of golf in the country has been an explosion and it’s always special to play at Made In Denmark (formerly the Danish Open); the photo is of me taking part in 2015.

I bought this Rolex watch with the prize money from my first ever win, at the Loch Lomond World Invitational in 1996. 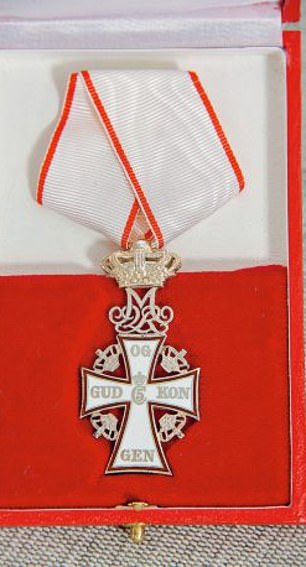 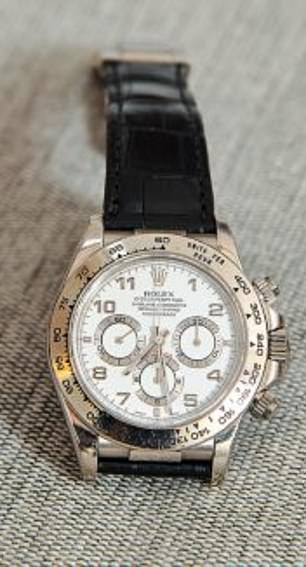 Two years ago Bjorn was awarded this Danish equivalent of the MBE (left). He bought this Rolex watch with the prize money from my first ever win, at the Loch Lomond World Invitational in 1996 (right)

I’ve been settled in the UK since 2015 and I love it, but from the age of 22 I was living out of a suitcase and would travel the world on the European tour, for more than 200 days every year.

A passport is meant to last for ten years; mine runs out of space in less than two. It’s given me a fantastic lifestyle within a group of fellow golfers, caddies and support staff, who are one big family.

You really appreciate that when things aren’t going so well; these are the people who will help you realise that nothing bad lasts for long. 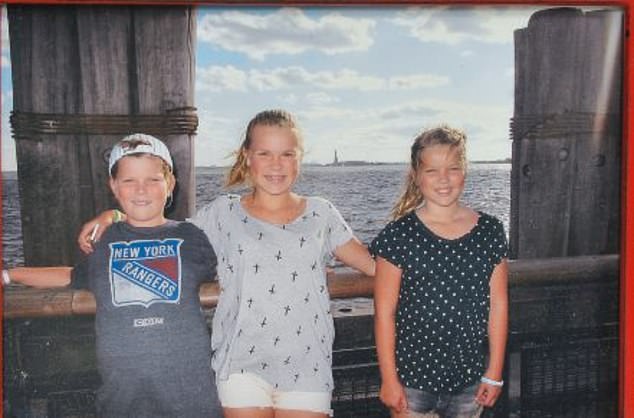 This is a photo of the children Bjorn shares with my former wife, Oliver, Julia and Filippa

This is a photo of the children I share with my former wife. The twins, Oliver and Julia, must be about nine here; their elder sister, Filippa, was 12 or 13.

She’s 20 now. It was taken when we visited New York but their home is in Gothenburg in Sweden.

Oliver is by far the keenest on golf; he certainly puts in the effort and the hours. But it’s impossible to tell yet if he’ll make it as a professional.

When I was six in 1977, my dad, Ole, sat me down to watch the European Cup Final between Liverpool and the German club Borussia Mönchengladbach, who had Danish players on their team.

I thought I’d be supporting them, but Liverpool won 3-1 and I was an instant convert. I’ve been a fan of the Reds ever since.

I try to get up to Anfield to cheer them on as often as I can. It’s a massive passion for me that won’t ever die.

Mind Game by Michael Calvin and Thomas Bjorn, about the mind of a professional golfer, is out now and published by Yellow Jersey.