A mother’s enormous shoe collection filled with at least 84 pairs of heels, thongs and trainers has sparked a lively debate on social media.

People have been discussing the sheer scale of her wardrobe since the woman from Adelaide, South Australia, posted a photo in a home decorating group Facebook late Monday night.

‘Not a hack, but was happy to finally get my hands on enough shoeboxes! They were out of stock for ages,’ she wrote in the caption.

The boxes she is referring to are the $7 ‘Large Plastic Shoe’ containers from Kmart – meaning she spent $588 on storage alone.

A staggering 84 of these are stacked in rows in the photo which has gone viral, racking up 4,700 likes and over a thousand of comments since it was shared online. 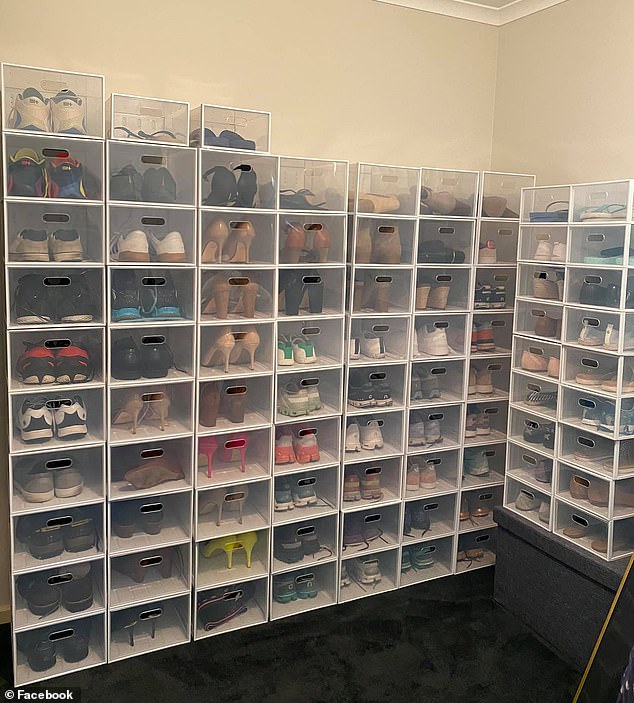 Many marvelled at the enormity of her collection.

‘Impressive. I have two pairs I wear. One pair of joggers for when I try, yes try, to exercise, and one pair of thongs. The end,’ one woman said.

Another simply observed: ‘That is… a lot of shoes.’

‘I wonder why they were out of stock… To fill 80 pairs of shoes maybe?’ said a third, while a fourth added: ‘Kmart might be out of stock again there now.’

‘Wow! My little collection fits neatly at the bottom of my wardrobe,’ said a fifth.

Another said she was ‘amazed’ by vast range: ‘I have five pairs, seven if you count my work boots. I’m super impressed.’ 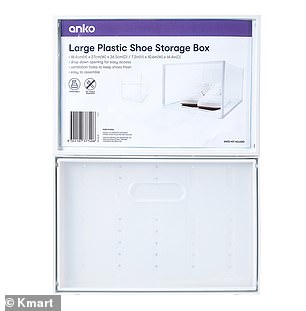 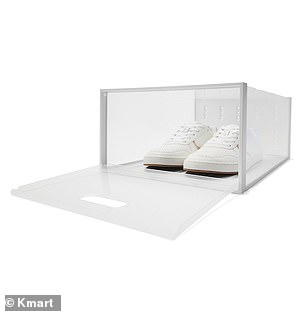 One woman was more preoccupied with counting the cost of the shoes and storage boxes.

But others said they dream of owning a similar collection one day.

‘Okay wow, this is beautiful. I’m jealous!’ one woman said.

Another said the photo made her feel better about her own footwear addiction, joking: ‘I’m not the only one with a problem!’