A single mum-of-two who used to binge on 10 coffees and takeaway every day has shared how she lost a staggering 56 kilograms naturally, and her top tips for losing weight and keeping it off.

Cicily Goodwin, 26, from Nambucca Heads, New South Wales, tipped the scales at 128 kilograms in July 2016 when she decided to lose weight – and four years later, she has dropped 56 kilos and a huge six dress sizes to now weigh just 72kg.

After losing the weight in 18 months, Cicily said she has been focusing on maintenance and keeping it off for the past two years.

She is currently the lightest she has been since she was 13 years old. 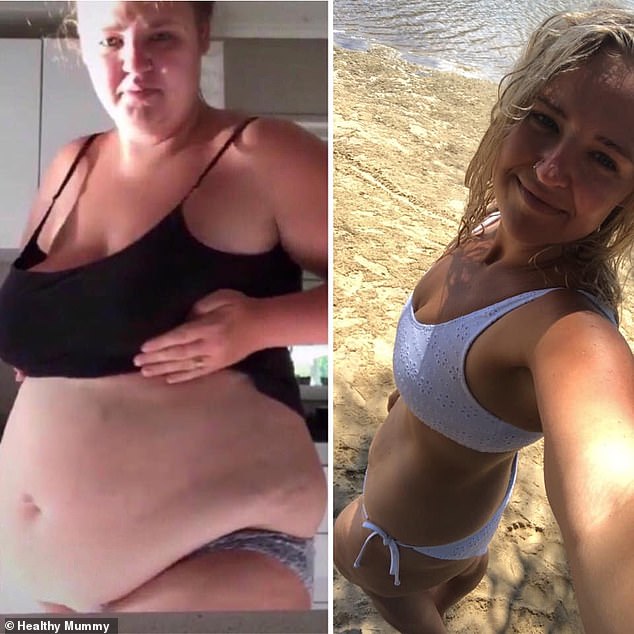 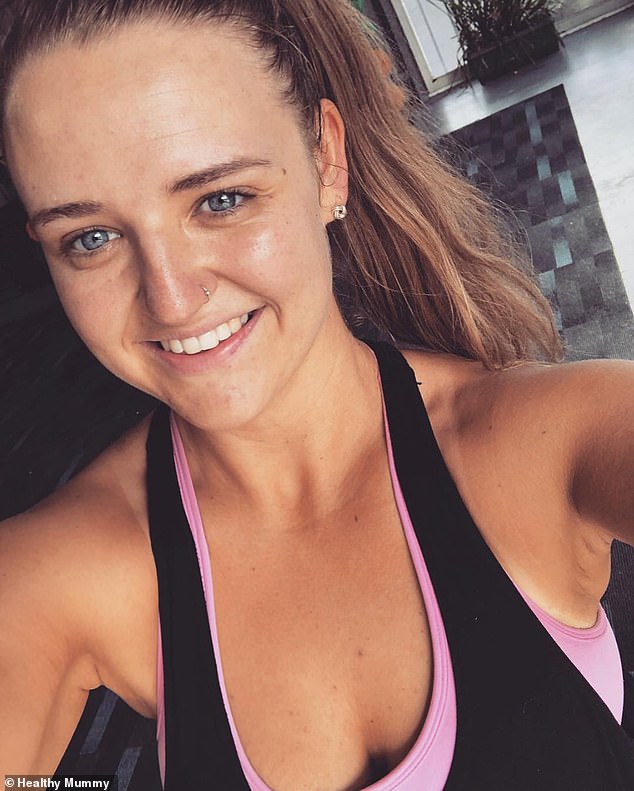 Cicily Goodwin, 26, from Nambucca Heads, New South Wales, tipped the scales at 128 kilos in July 2016 when she decided to lose weight; she has kept it off since (pictured now)

The 26-year-old mum-of-two said she had a ‘toxic relationship’ with food before she started to lose weight.

‘I’ve always had a lot of trouble losing weight despite going on countless diets and trying my hardest over and over again,’ Cicily told Healthy Mummy.

‘I began to have a toxic relationship with food, where I didn’t care if I ate healthy because it didn’t seem to matter. I think that’s where a big part of my health issues started.’

Cicily said she would typically drink as many as 10 coffees per day, alongside multiple takeaway meals from KFC and McDonald’s.

‘Even if it wasn’t junk I would pile my plate high until it was uncomfortably full,’ she told FEMAIL.

‘I was also drinking massive amounts of soft drink.’ 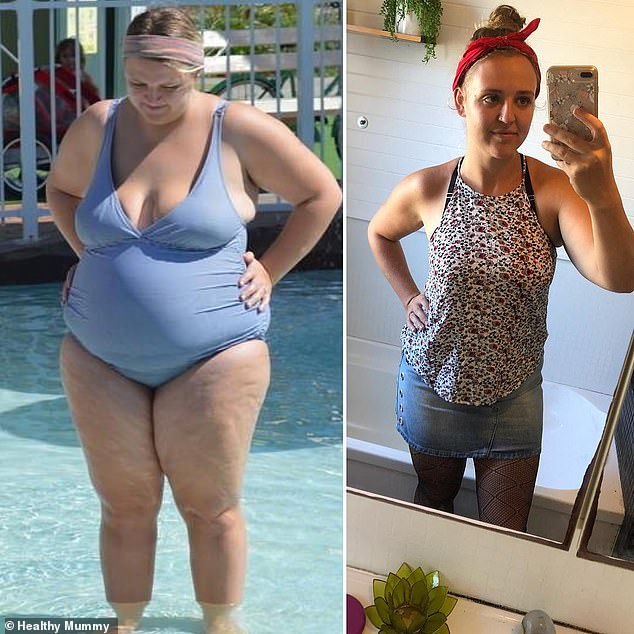 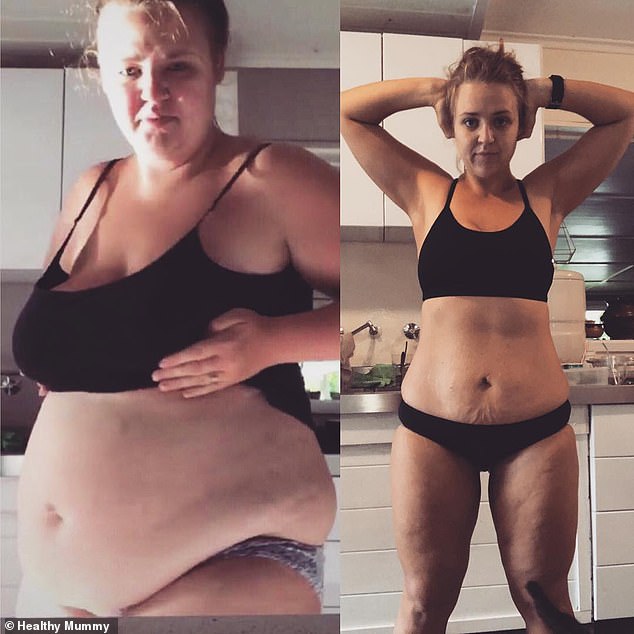 Cicily used the leading Australian weight loss program the Healthy Mummy to shed the weight (pictured before and after), replacing unhealthy foods and soft drink with nutritious meals

What is Cicily’s day on a plate?

BREAKFAST: Smoothie with fruits such as mango and pineapple.

DINNER: Healthy chicken parmigiana or some protein with vegetables or salad.

Cicily stumbled upon the leading Australian weight loss program, The Healthy Mummy, when she was researching weight loss online.

She soon started drinking the company’s smoothies twice a day and coupling these with healthy versions of her favourite meals including lasagne.

Within a few months, Cicily lost over 20 kilos without doing any gym work.

‘I didn’t rush things, I was still enjoying chocolate every now and then, but I cut out all soft drinks and followed the Healthy Mummy meals plans,’ she said.

She coupled this with hour-long walks and no gym work.

Cicily said that while losing the weight was difficult, the hardest thing has been keeping the kilos off.

‘But I’m proud of myself because in two and a half years, I have pretty much remained the same weight.’ 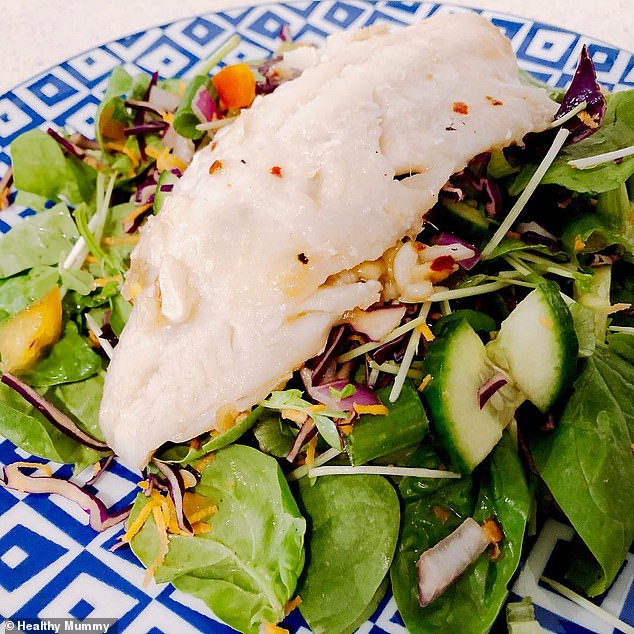 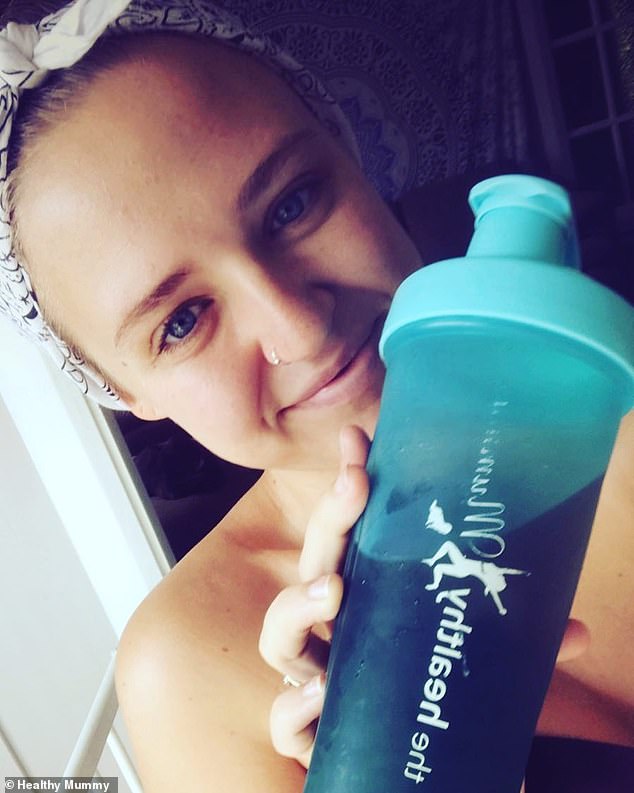 Cicily (pictured now) shared her tips for others who want to lose weight but also keep it off, and she said the main thing is going slow and realising it won’t drop off you overnight

Cicily shared her tips for others who want to lose weight but also keep it off, and she said the main thing is going slow:

‘My biggest tip is to not aim too big,’ she said.

‘Often we run in all guns blazing thinking we’ll lose two kilograms in the first week. I chose to slow it down, aiming for just 700 grams per week and I’m telling you, that’s all you need to aim for.’

While Cicily said this might not sound like much, it equates to over 35 kilos in a year and also means if you have a ‘bad week, you can catch up the following week by giving yourself an extra push’. 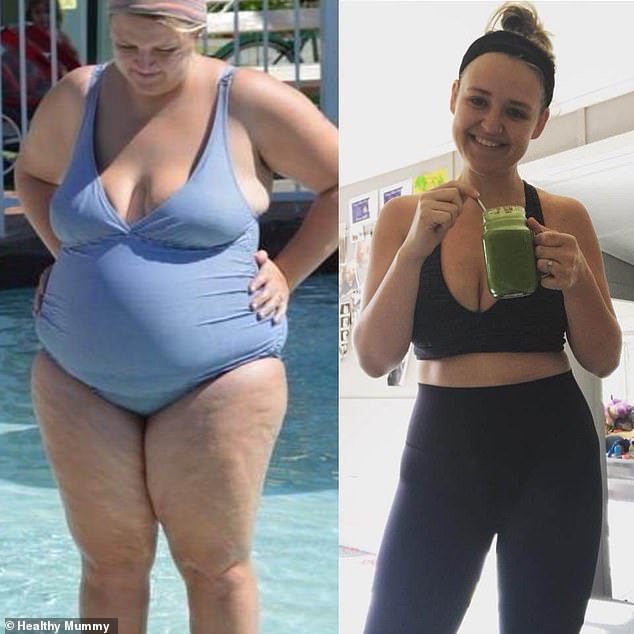 Cicily (pictured before and after) also said you should aim for consistency, which means you’ll have better and lasting results in the long run 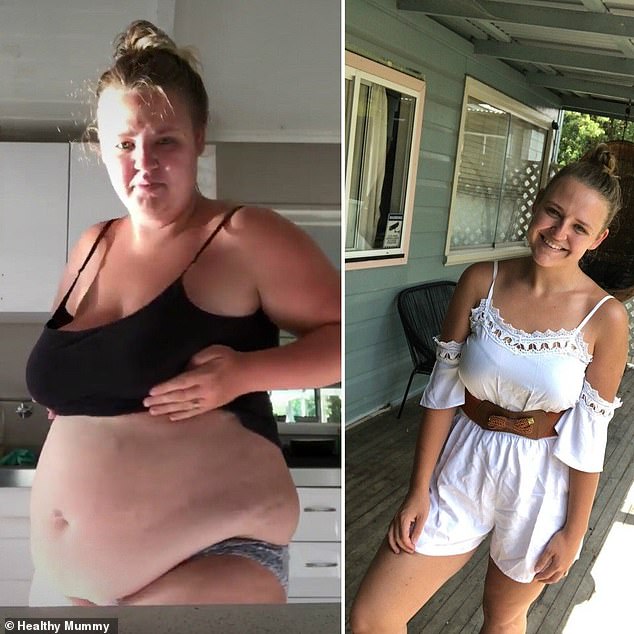 She said you should aim for consistency, which means you’ll have better and lasting results in the long run.

I am now a better version of who I was

‘People think you need to do drastic things to lose weight, but I have found the Healthy Mummy approach to be so much more realistic and I can just do all my exercise at home,’ she said.

‘I am now a better version of who I was – that person wasn’t me, it was a shadow of who I was. I know I will never go back there.’

Cicily added: ‘I am normal now and can do normal things and I am so happy. It is a challenge at first but it’s so worth it and if you mess up, you can just start again, do the best you can when you can – and you won’t regret it.’

For more information about the Healthy Mummy, please click here.