A mother has been ‘shamed’ by other parents for packing a ‘rainbow’ Mickey Mouse-shaped grilled cheese toastie in her four-year-old daughter’s lunchbox.

The woman, from Queensland, said she used six food colouring pens to create the sandwich in the shape of the iconic Disney character.

‘My four-year-old had a Mickey Mouse rainbow grilled cheese today… it was finicky but I don’t think it came out too bad,’ she wrote in a Facebook group.

To create toastie, she lined the bread with the coloured cheese in the form of individual lines so when it’s melted, it’ll create the rainbow effect. From there, she used an edible pen to draw Mickey’s face on the bread.

‘Cheese and food dye. I did six colours and just put them in stripes across the bread then put the sandwich in a pan and cooked until melted,’ she explained. 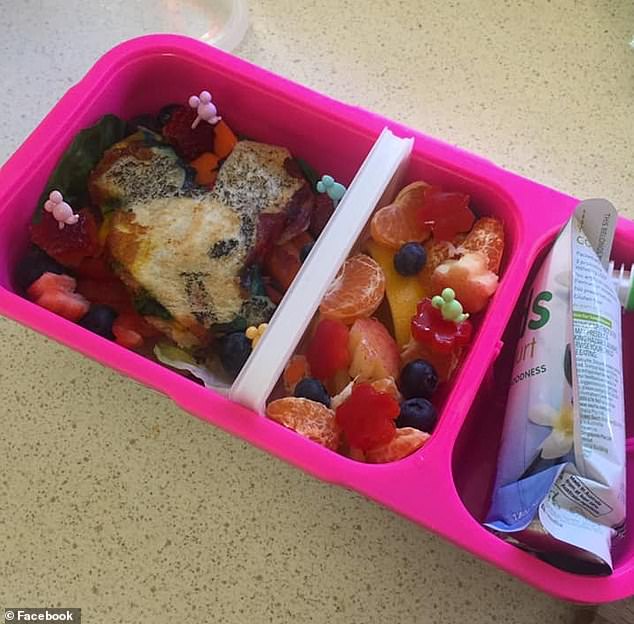 But after sharing her seemingly innocent post on social media, she was bombarded with rude remarks from other mothers.

‘Wow. That is unique. But my two-year-old son could do so much better,’ one woman said, while another added: ‘My only concern is what did you use to draw on the sandwich?’

Others couldn’t help but questioned the mother: ‘What food is that?’ despite her already explaining what she used to create the lunch for her daughter.

However, the mother fired back at the cruel trolls, saying: ‘I’ve never been shamed until today. I posted a lunch I made for my daughter only to be told a toddler could do better. 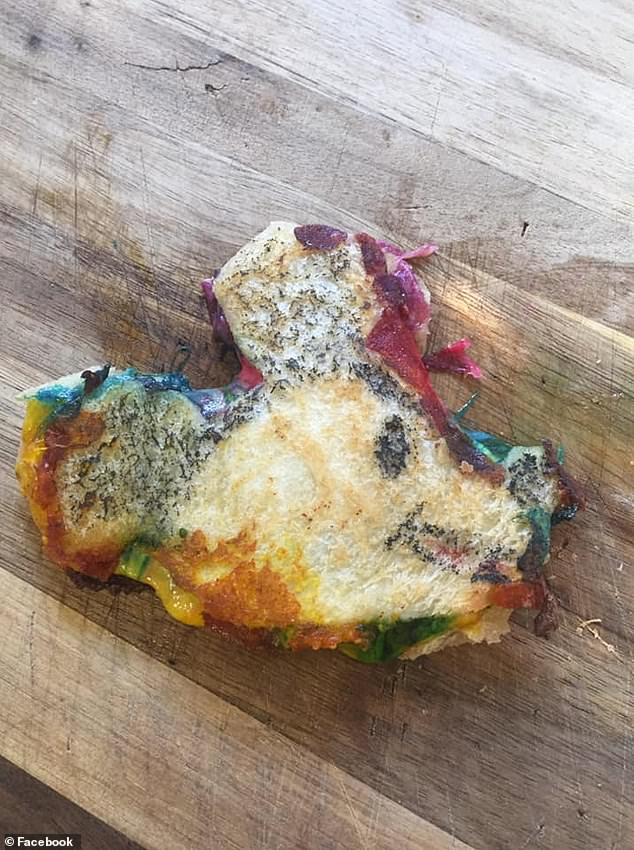 The woman, from Queensland, said she used six food colouring pens to create the sandwich in the shape of the iconic Disney character

‘I didn’t claim to be an artist, I got into this because my four year old daughter was a prem [premature baby] and has feeding issues as a result.

‘This is a problem with a lot of groups I’ve noticed, there seems to be this culture of mum shaming with comments like yours.

‘If you can do better great for you, but why tear someone down to make yourself feel better?’

Many mothers quickly jumped to her defence, saying her creation looks ‘amazing’.

‘It’s cute! You’re way more creative than me. I did eyes on a sandwich then gave up.’

One said: ‘Love the sandwich and it’s way better than anything I could do,’ while another added: ‘Please don’t lose confidence or take anything said by a nasty few to heart. My kids would be delighted with a lunchbox like that.’