Buying a new caravan can set you back tens of thousands but this mum has turned her outdated escape into a dream set up for only $1,700.

Kylie Maree MIller, 40, is an avid camper living in Grafton, six hours north of Sydney, who decided to put her mind to a project that would allow the family to get away more comfortably in the future.

First she needed a base, so she drove for 19 hours to pick up her $3,500 starting project equip with dated green and brown furnishings. 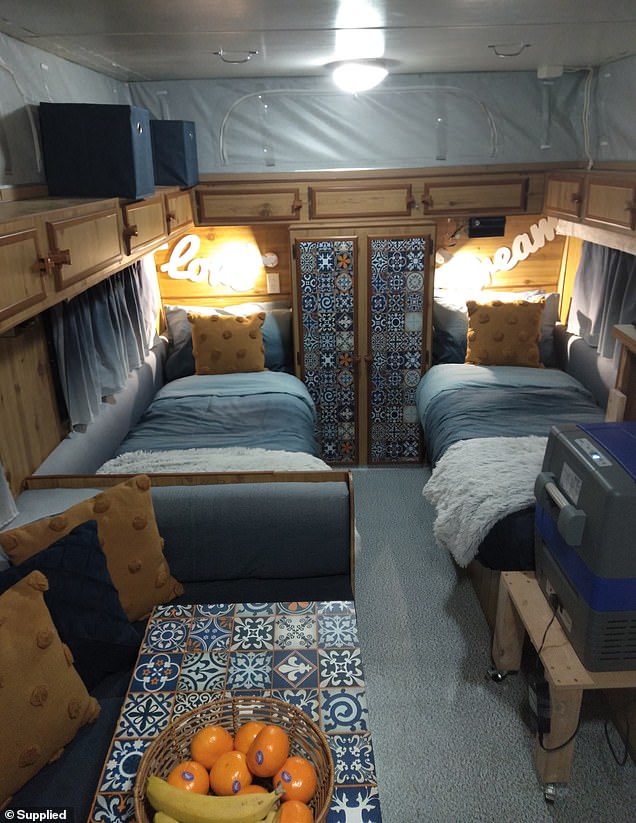 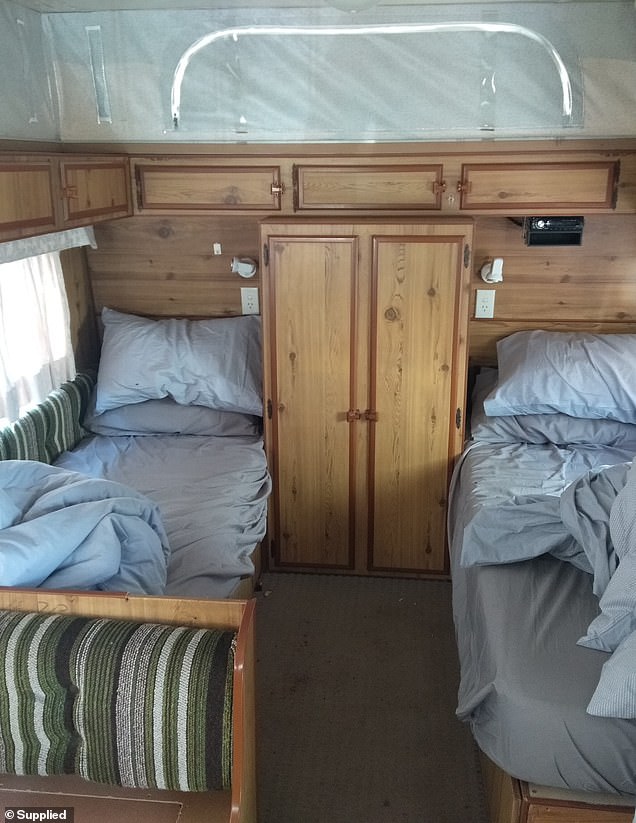 By the time she returned home she had a plan and the materials to renovate the interior and set to work that very same day.

The mother said her family love to go camping at a local fresh water creek and so the van needed to be able to handle the conditions.

‘I purchased everything needed to set up solar energy including a generator,’ she told FEMAIL.

This included a a 250 Watt solar panel, deep cycle battery and an inverter.

‘It came with a normal fridge so we removed that and we made a pull out bracket for the camp fridge to go in,’ she said.

Luckily they have older children who prefer to sleep in double sized swags so there was no need to make room for extra bedding. 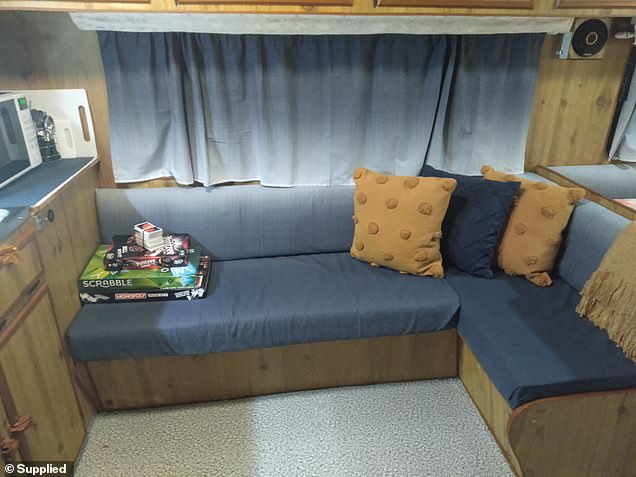 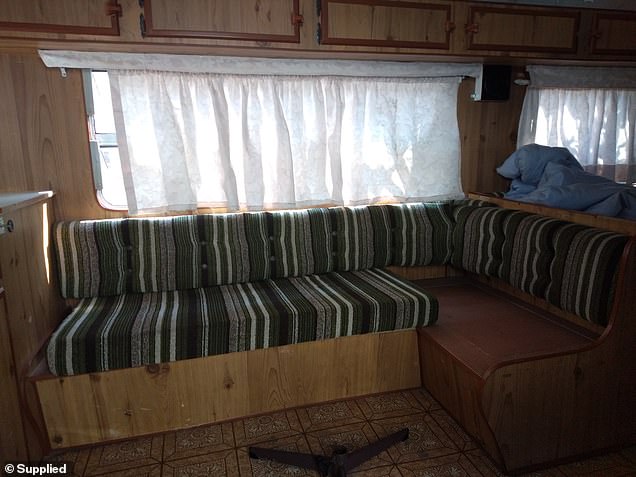 She recovered the lounge using a hot glue gun , staple gun and Kmart table cloths which were $12 each, she even managed to use what was left to make up the curtains

Ms Maree MIller kitted it out with a toaster, kettle, a gas operated stove, plates and utensils – all from Kmart.

A big focus was the lounge which she fixed entirely by herself.

‘The lounge I recovered myself using a hot glue gun, staple gun and Kmart table cloths which were $12 each, she said.

‘I ended up using four tables cloths and that also left me enough material to make matching curtains.’ 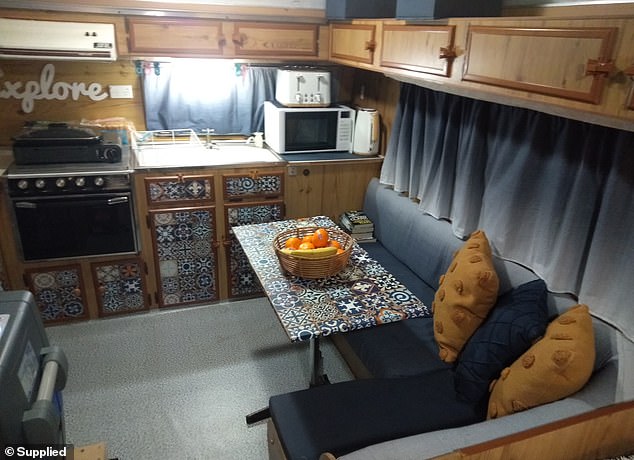 Ms Maree MIller then laid down some lino she picked up from Bunnings on the floor and vinyl on the cupboard to change up the look.

Finally it was time to fit some luxuries in by adding a TV, a DVD player and awning to provide some shade on those hot summer days.

Since then the family have been loving their personally renovated van and have been using it whenever they can.

‘We have so far been camping every weekend since we got it and we are going again in the school holidays and taking the kids and my two nephews,’ she said. 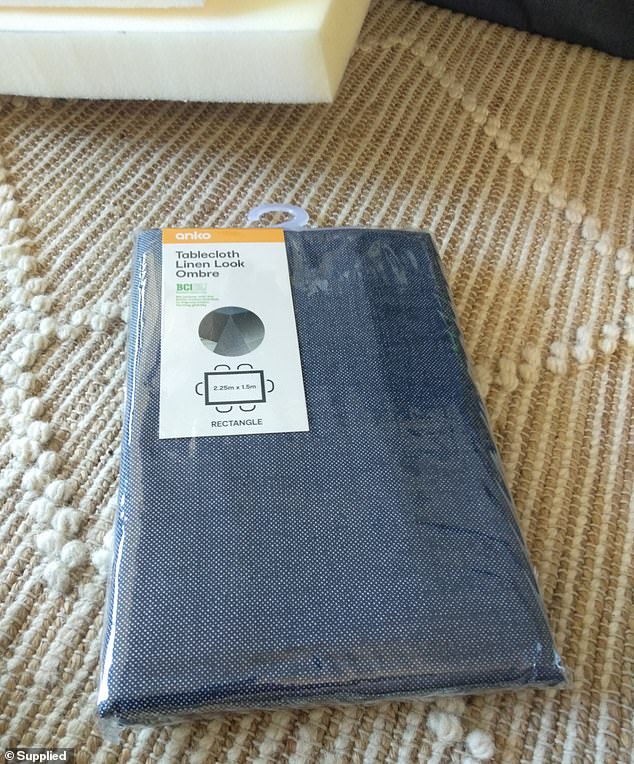 Incredibly she only used almost entirely Kmart items which brough her budget to around $1,700