An entrepreneur is raffling off a newly-refurbished home after failing to sell the property during lockdown.

Jenny Lomax, 27, who lives in Buxton, Derbyshire, with her biologist husband Freddie, 29, and their two sons Leon, six, and Tommy, 11 months, is a property developer and interior designer.

When lockdown halted the sale of a terraced property in Congleton, Cheshire, that she had recently renovated, Jenny decided to take a different approach and is raffling off the property instead.

The property has been valued at £125,000 but tickets cost just £3 each – roughly the same as a supermarket lunch deal. 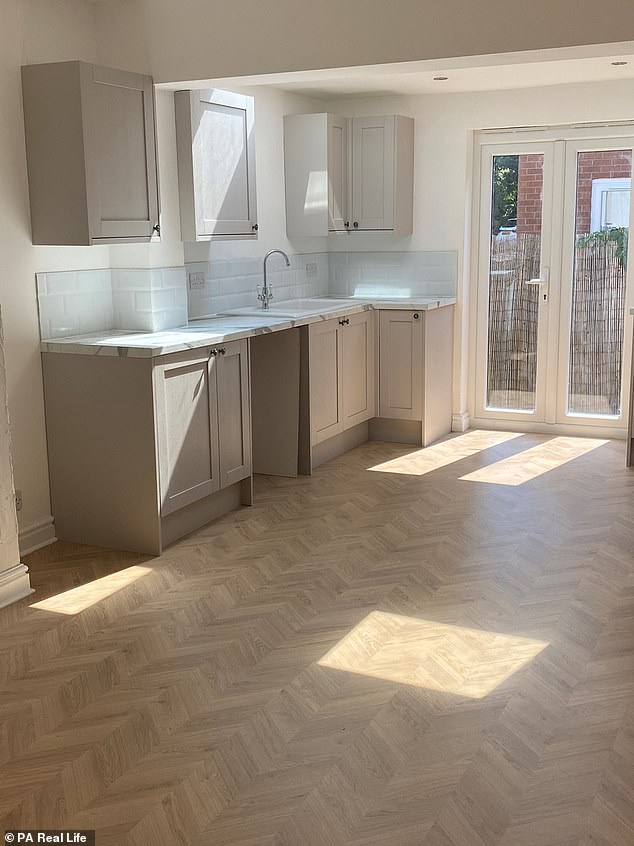 Jenny Lomax, 27, who lives in Buxton, Derbyshire, with her biologist husband Freddie, 29, and their two sons Leon, six, and Tommy, 11 months, is raffling a property in Congleton worth £125,000 for £3 per ticket . Pictured: The property’s kitchen 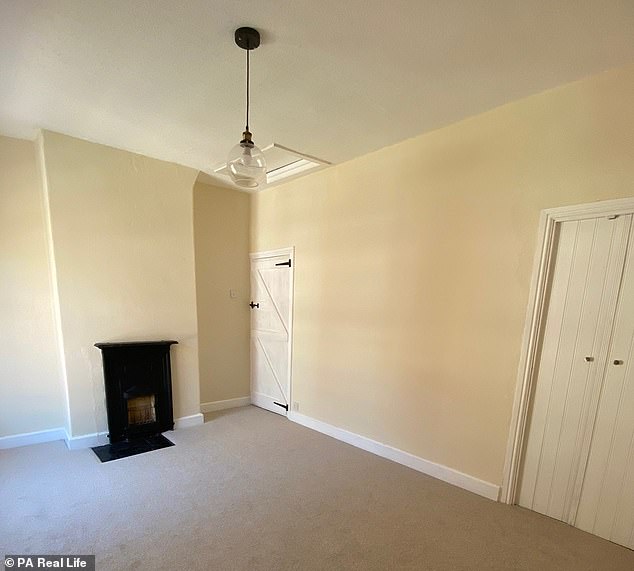 Jenny who received an inheritance after the passing of her parents, invested £130,000 in launching her property business in 2018. Pictured: The house’s living room

Aiming to sell 80,000 tickets – to bring in £240,000 – she hopes to give someone who could not otherwise get a foot on the property ladder the chance to own their own home.

Jenny said: ‘Not everyone is able to climb on to the property ladder. The house is worth £125,000, so I want to give someone the chance to win it and do with it whatever they want. 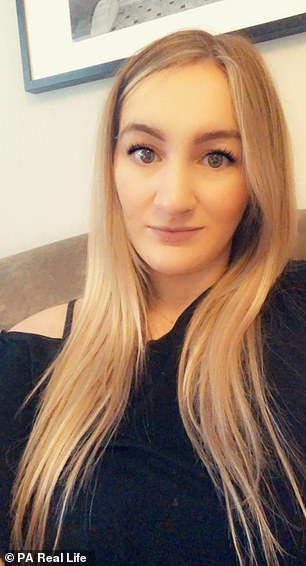 ‘They could live in it, resell it or rent it out – it’s really up to the winner. ‘But it’s an absolute steal, as one raffle ticket costs the same as a supermarket meal deal!

‘It’s become increasingly hard for young people to get a foot on the property ladder – especially now, with the pandemic, furloughed jobs and redundancies – and I want to give someone the chance to own their own home for a very small price.’

With 80,000 ticket sales set as her reserve in order to cover the cost of the property and of running the raffle, if that minimum is not met by the time the draw closes on September 15 at 11pm, the property will be withdrawn, and the winning ticket will instead net 75 per cent of all ticket sales.

Jenny said: ‘If we don’t sell enough tickets in time, then the winning prize will be 75 per cent of the money raised. The remaining 25 per cent will be used to cover the cost of running the raffle.

‘So really, it’s a win-win for the winner! They end up either with a new home or a substantial amount of money.’

Property has an emotional significance for Jenny, as she launched her career using a substantial inheritance, following the loss of her dad, Jerry, 45, an engineer, to the rare heart disease arrhythmogenic right ventricular cardiomyopathy (ARVC) in 2007, and her mother Ruth, a nursery school worker, 47, to cancer in 2012. 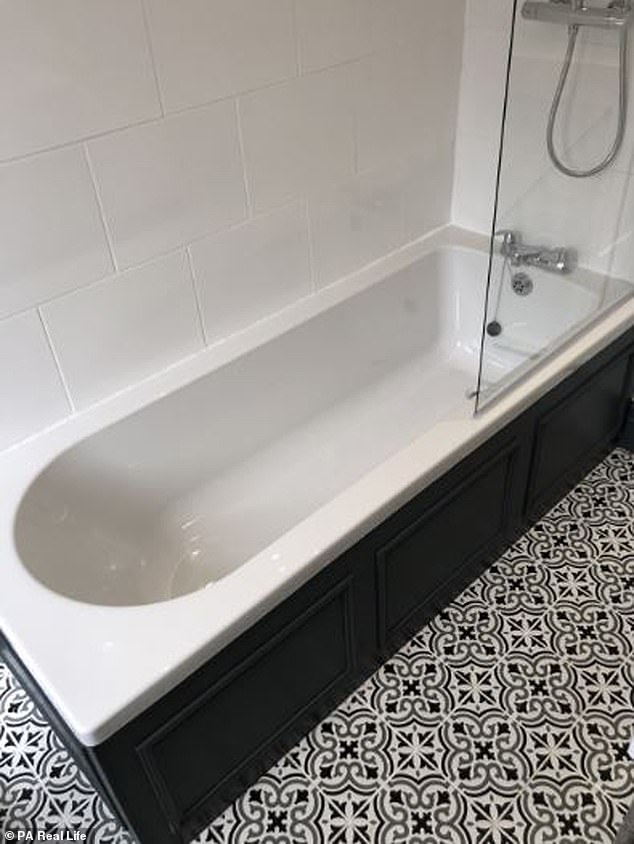 Jenny said she’s always loved houses and interior design, so launching her own business felt like the perfect career move. Pictured: Inside the bathroom of the house Jenny is raffling off 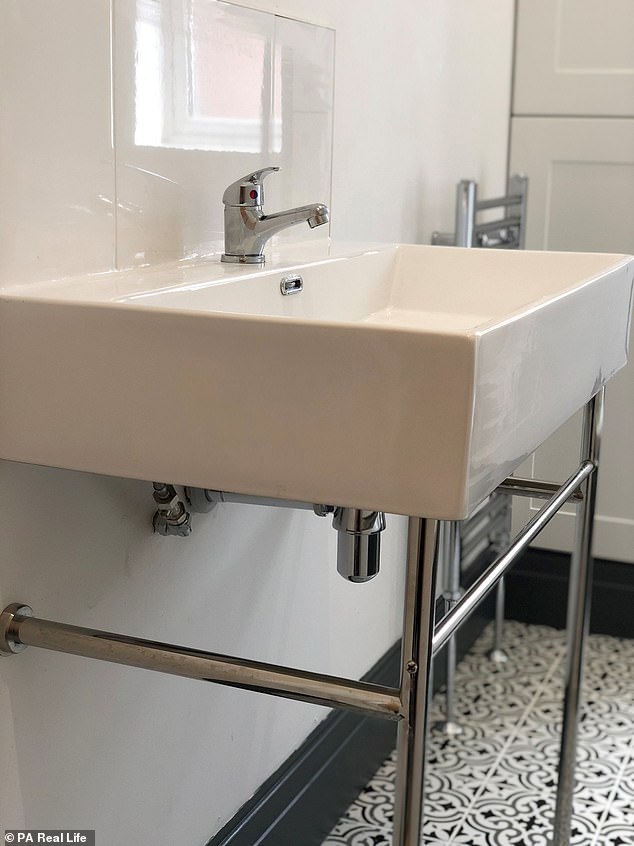 The property has two reception rooms, a family bathroom and also an outdoor terrace. Pictured: The bathroom inside the home Jenny is raffling off 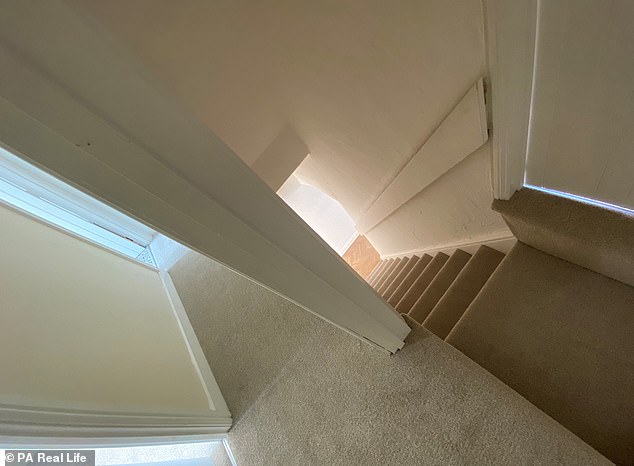 Jenny spent seven months and £25,000 on refurbishing the two bedroom Victorian property. Pictured: The landing inside the home Jenny is raffling off 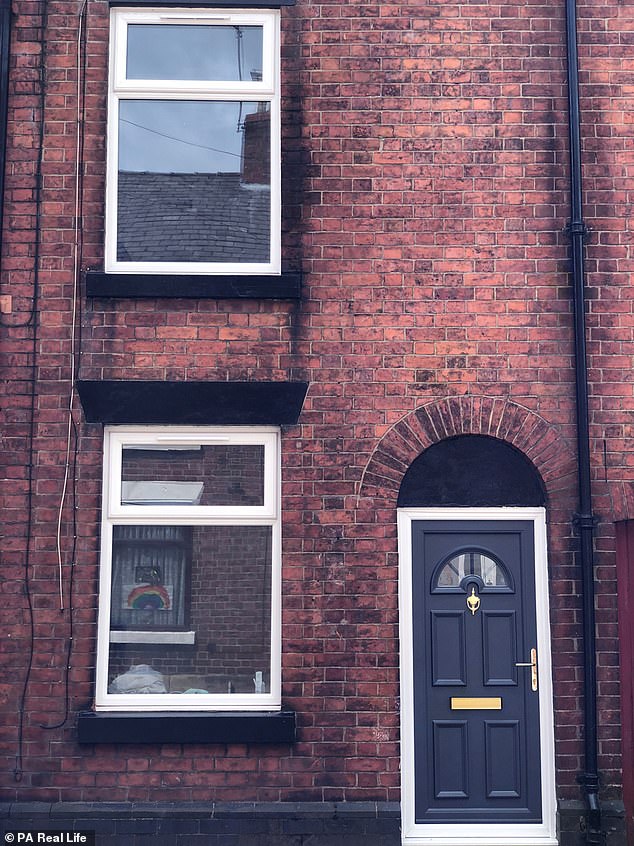 Jenny said the house is situated on a quiet residential street within a great school catchment area and has great transport links. Pictured: The outside of the home Jenny is raffling off

‘The cancer had spread everywhere,’ Jenny said. ‘She had a tumour in her brain, breast cancer and liver cancer.’

She said: ‘I’ve always loved houses and interior design – so it felt like the perfect career move for me.

‘Plus my dad was always away with work. He was absolutely fantastic, and I loved him dearly, but I didn’t get to see him a lot.

‘So, when I started my business, I wanted to make sure I did something that I was passionate about, was profitable, but also allowed me to spend a lot of time with my family.’

Jenny decided a career in home renovation was for her, as she was also passionate about helping people to climb onto the property ladder.

She continued: ‘I felt like there were no reasonably priced properties on the market for young people who wanted to buy their first home.

‘I wanted to develop homes that were nice inside and in a good area and then sell them on for a reasonable price.’

Jenny bought a semi-detached three bedroom house in Congleton for her first property in 2019 for £86,000. 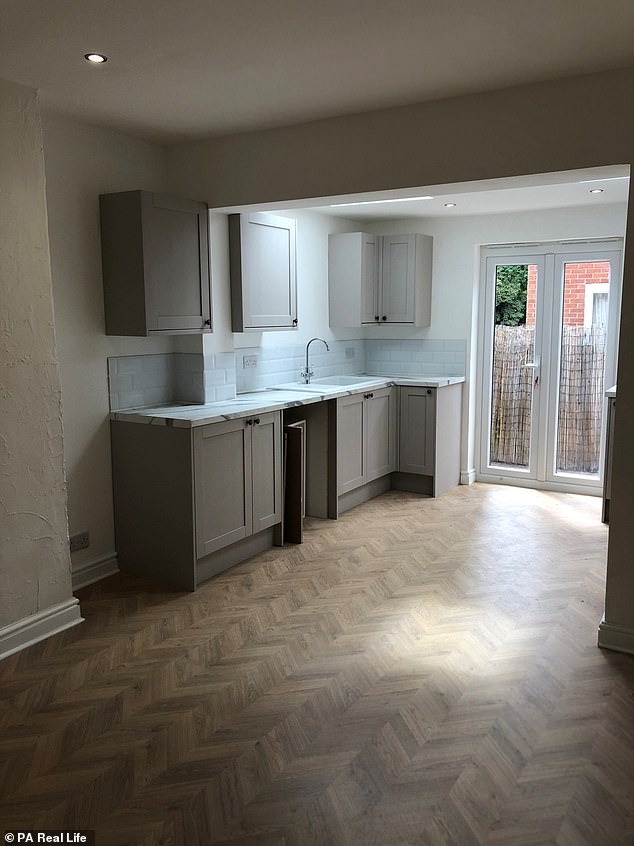 Jenny purchased her second property for £79,000 in December 2019 and is now raffling it for £3 per ticket. Pictured: Inside the kitchen in the house Jenny is raffling off

‘The first house I bought was really run down,’ Jenny said.

‘I first thought I could do it up in six weeks and sell it on, but it ended up taking seven months – it was a lot of hard work and I’ve since learnt that nothing ever goes to plan or comes in under budget.

Jenny (pictured) said the home is best suited to a couple or a young family, looking for their very first home

‘When you watch Homes Under The Hammer and they say, ‘This looks a lot easier than it actually is’ – they’re completely right.

‘But in the end, when I sold it to a couple who absolutely loved it, it was all worth it.’

Jenny purchased her second property for £79,000 in December 2019 and is now raffling it off. It took seven months and £25,000 to refurbish the Victorian house – which has two bedrooms, two reception rooms, a family bathroom and an outdoor terrace – until she was finally happy with the finished product.

She said: ‘The house’s interior is a mixture of modern and traditional. It has a completely new central heating system and newly fitted French doors, which lead onto the terrace.

‘The kitchen has a brand new fully fitted Howdens kitchen, with a new oven, electric hob and cooker hood.

‘I’ve had parquet chevron-style flooring put down and I’ve upcycled the original Victorian fireplaces with grey paint. ‘In the bathroom, the bath has had a bespoke panel made in wood and the sink was bought in specifically to fit in with the Victorian era of the property.

‘New carpets and underlay have been fitted from the stairs up to the two bedrooms and hallway – everything is brand new!’

According to Jenny, the house is situated on a quiet residential street within a great school catchment area, it has good transport connections and would make the perfect ‘starter home’ for a couple or a young family. 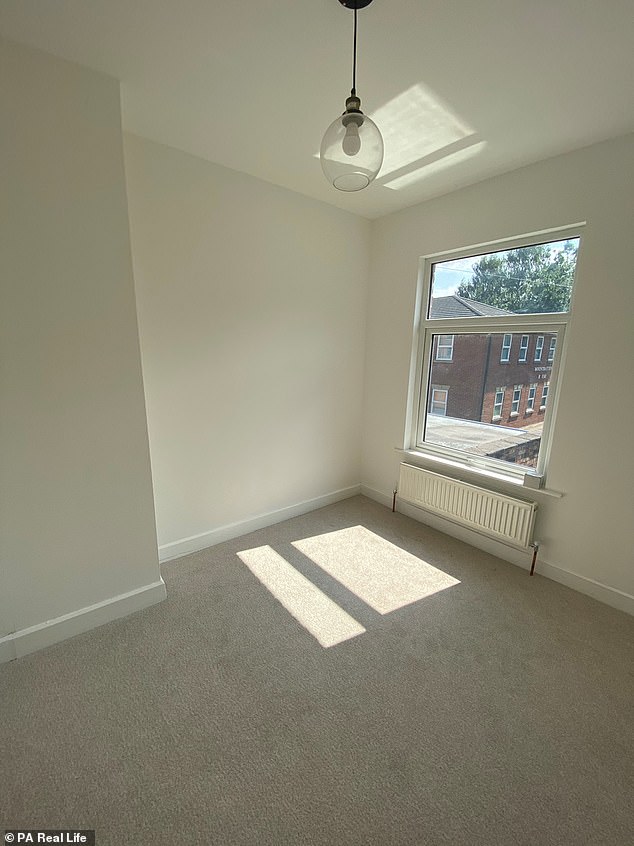 Mother-of-two who first listed the property for sale in July 2020, said it would be problematic selling the property the traditional way during the pandemic. Pictured: The bedroom inside the house Jenny is raffling off 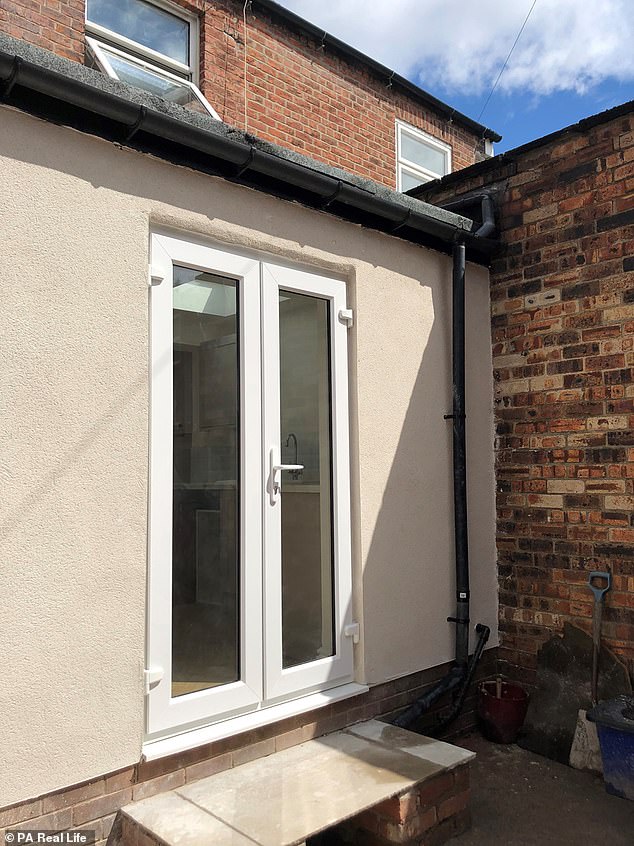 Jenny revealed the property had a lot of interest when it first went on the market but lockdown has impacted selling it. Pictured: The outside of the home Jenny is raffling off 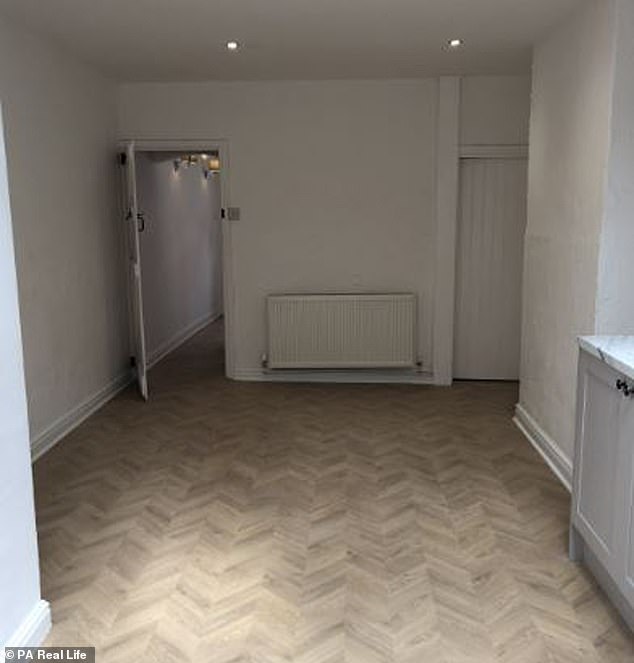 Jenny who also runs an online interior design business, said she hopes to host similar property competitions in the future. Pictured: The living room in the home Jenny is raffling off

She said: ‘Congleton is very much an up and coming market town. It has lovely antique furniture shops, cafes, bars and restaurants.

‘The home itself would suit a couple or a young family, looking for their very first home. The living room and kitchen are both large, so it’s got a good amount of space for entertaining too.’

First putting the house up for sale in July 2020, Jenny quickly realised that trying to sell it the traditional way during the coronavirus pandemic was going to prove problematic. So, instead, she decided to launch a raffle.

‘It’s something I’d been thinking about for a long time,’ she said.

‘Even though the house had loads of interest when it first went on the market, with lockdown, I was struggling to sell it, so I thought, ‘Why not just raffle it off?’.’

But organising a raffle is expensive, meaning Jenny needed to set a minimum ticket sale of 80,000 to cover all her costs. 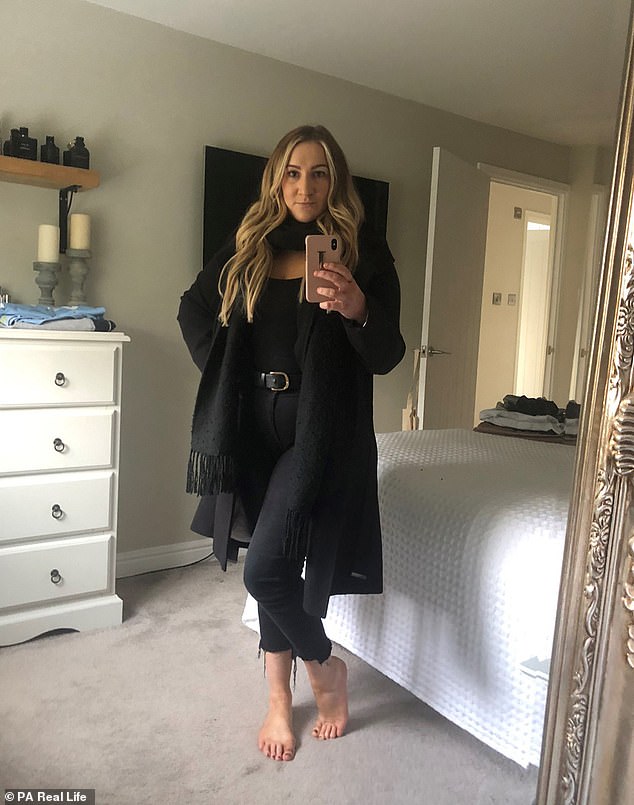 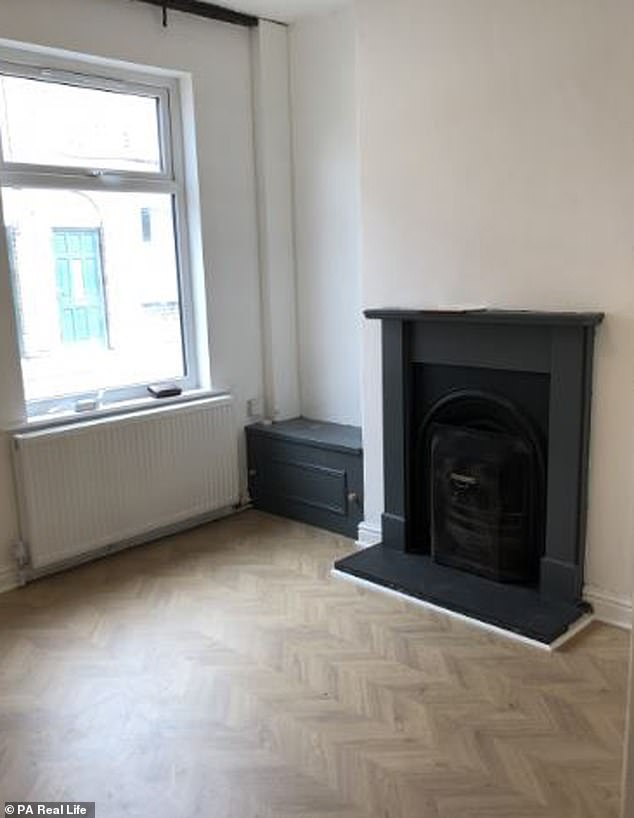 Jenny believes there is a lot of pressure for people to choose the right career and save enough to get a house, but it isn’t easy. Pictured: The fireplace inside the home being raffled

‘There are lots of costs involved, ‘ she said.

‘You have to have proper raffle terms and conditions drafted and approved, then the platform running the raffle takes 10 per cent.

If the tickets sell as planned, Jenny plans to donate some profits to a good cause.

‘My father passed away from a very rare heart disease,’ she said.

‘It might not mean I get it, but there is a higher risk that I might, as we were closely related. So, every three years I get tested at Sheffield’s Royal Hallamshire Hospital – and I’d like to donate to them and the Chesterman wing because they have a specialised team focusing on important research and I’d love to be able to give them whatever I can. 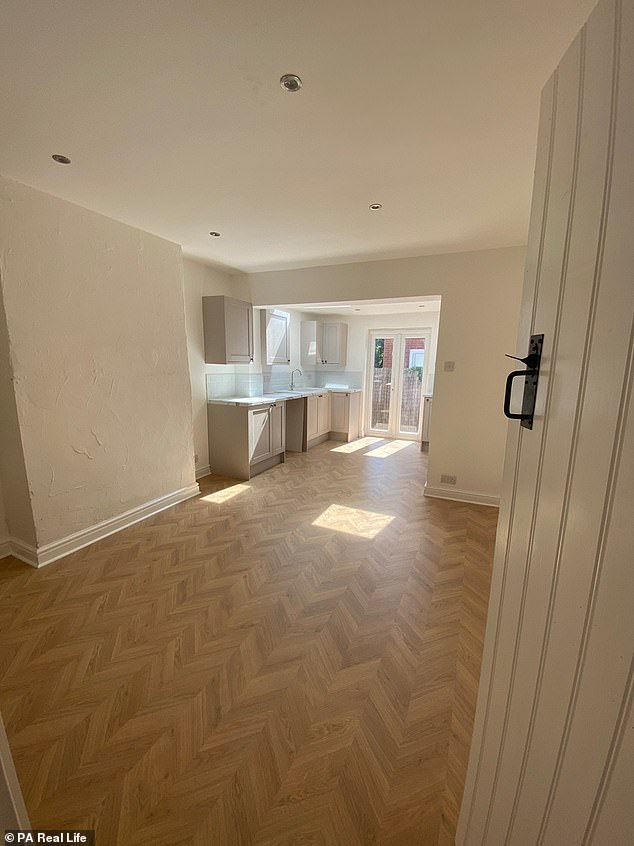 Jenny said it would be brilliant to make life easier for someone with raffles. Pictured: Inside the kitchen of the house Jenny is raffling off

‘I do worry about my little boys developing the condition too – because it is more prolific in men – so whatever I can do to help with research I will do.’

While she’s waiting to see if her raffle is successful, Jenny who also runs an online interior design business, hopes she can host similar competitions in the years to come.

She said: ‘I’d love to raffle off more houses in the future.

‘The fact this platform can give someone the opportunity to get a house for so little money is amazing. There’s so much pressure these days on people to choose the right career and save enough to get a house, but it just isn’t that easy for everyone.

‘To be able to help make life just that little bit easier for someone with every raffle would just be brilliant.’ 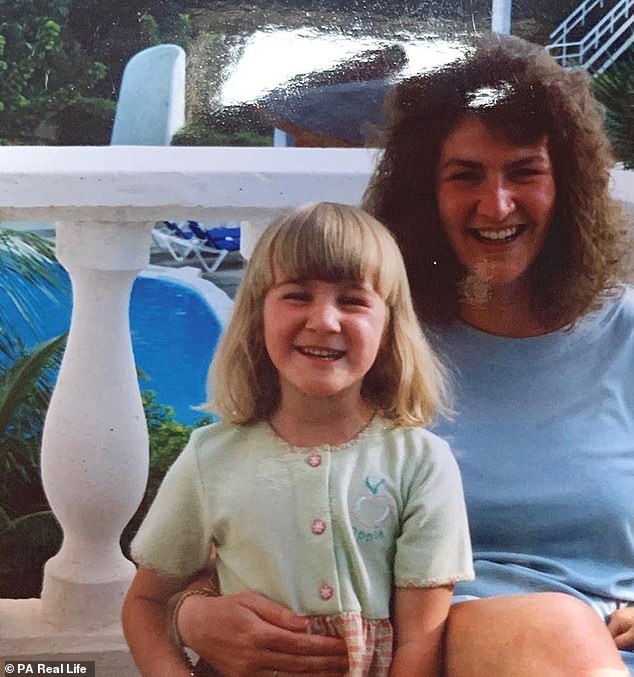 Jenny said at the time she started her business, it felt like there wasn’t any reasonably priced properties on the market for first time buyers. Pictured: Jenny as a child with her mother Ruth 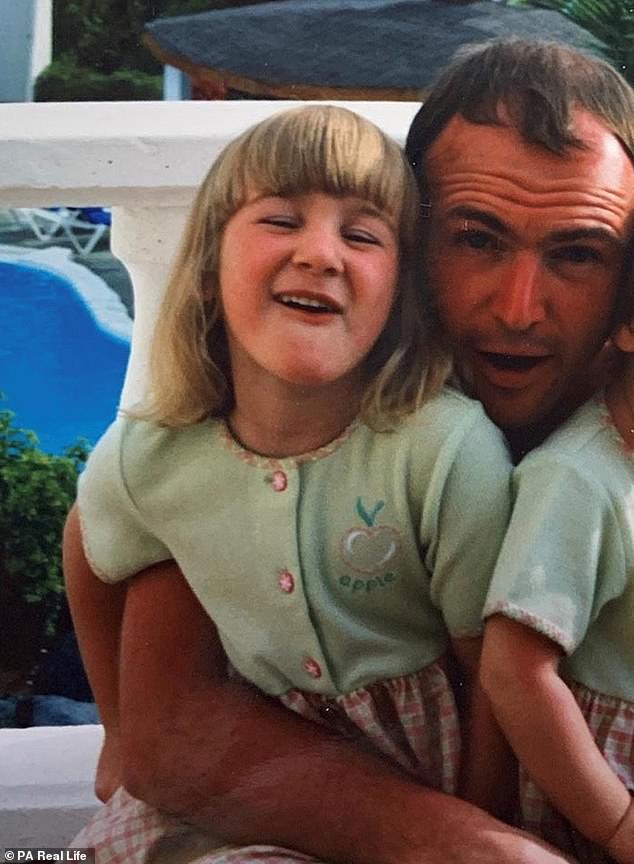 Jenny who is tested for the condition that her father passed away from at Sheffield’s Royal Hallamshire Hospital, said she hopes to donate a portion of the profits to the Chesterman wing. Pictured: Jenny as a child with her dad