A savvy mother-of-four boys has revealed how she uses a UV light to spot dirt in their untidy bedrooms.

Corrina Fisher, from the UK, took to Facebook group Hinch Army Cleaning Tips and told how she uses the torch – which is a blue light device that highlights stains on surfaces when lit in a dark room – to make sure no stains are left undetected.

She went on to say how she first thought of the idea when her eldest son was sick on his carpet and she struggled to work out where the bad smell was coming from.

It wasn’t long before the post was inundated with comments, with many praising her genius idea and others joking she should add her tip to the True Crime group on Facebook. 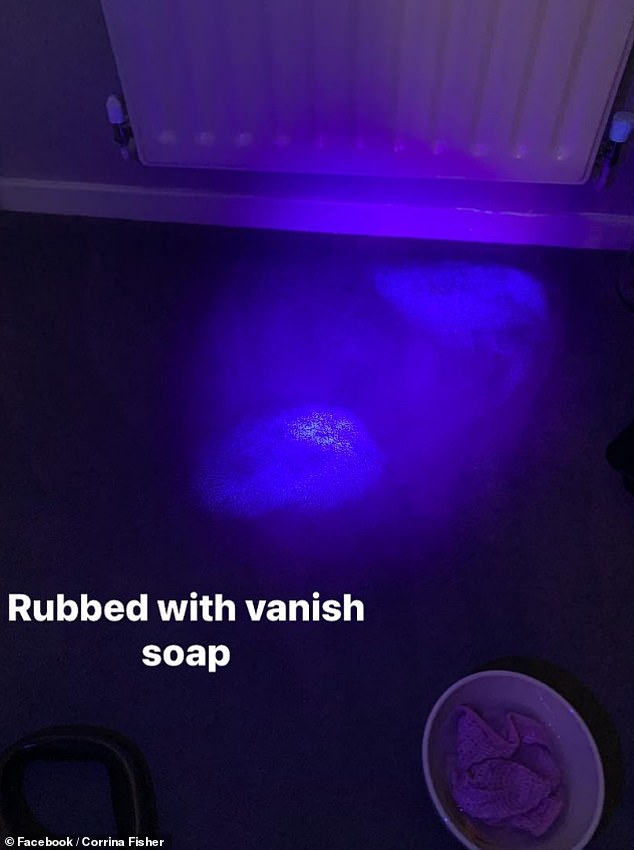 Corrina Fisher, a UK-based mother-of-four, revealed she uses a UV torch light to idenitfy stains on her sons’ carpet 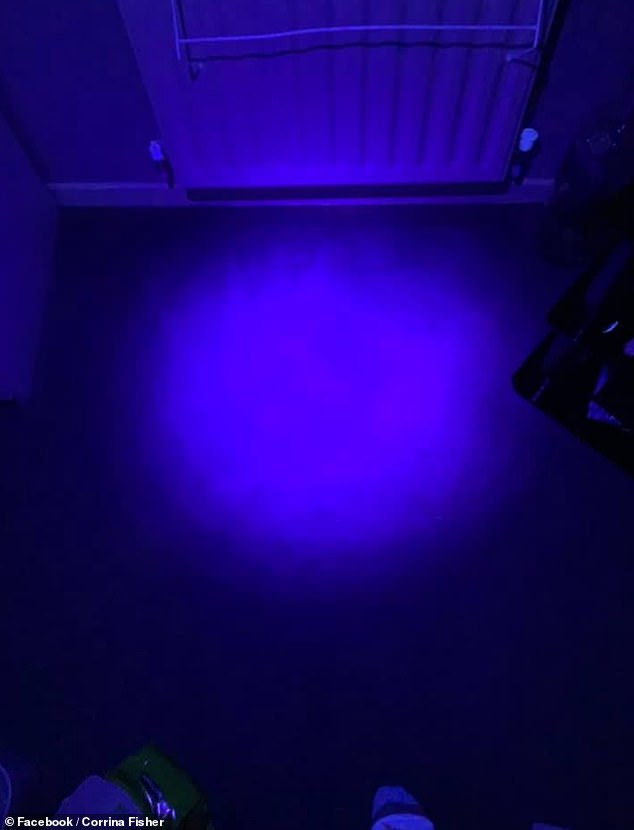 Corrina, who admitted the hack was a ‘top tip’ but also quite ‘disgusting,’ explained she was trying to get rid of a strong smell in her son’s room after he got sick on the carpet following a night out.

‘My son was sick in his room last weekend ( he’s 21. It was alcohol induced. So no sympathy necessary),’ she wrote.

‘I have tried all week to get rid of the smell. I’ve just had this genius idea to use my UV torch which shows up bodily fluids.’

Thanks to her lamp, Corrina was able to detect the stain that had sunk into the room’s carpet and the origin of the smell. 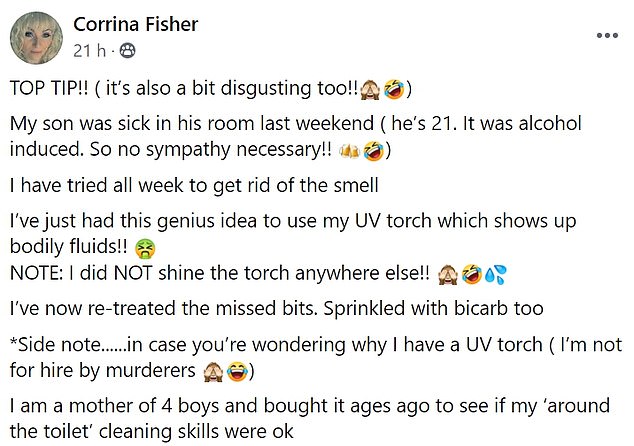 She then took to tidying the area with Vanish soap and bicarbonate to make sure the stain would disappear.

‘NOTE: I did NOT shine the torch anywhere else,’ Corrina joked. ‘I’ve now re-treated the missed bits. Sprinkled with bicarb to.’

She then shone the light on the area once again to make sure the stain was gone completely.

The cleaning-enthusiast revealed she had bought the lamp on Amazon some time ago to make sure her ‘around the toilet’ cleaning skills were up to par. 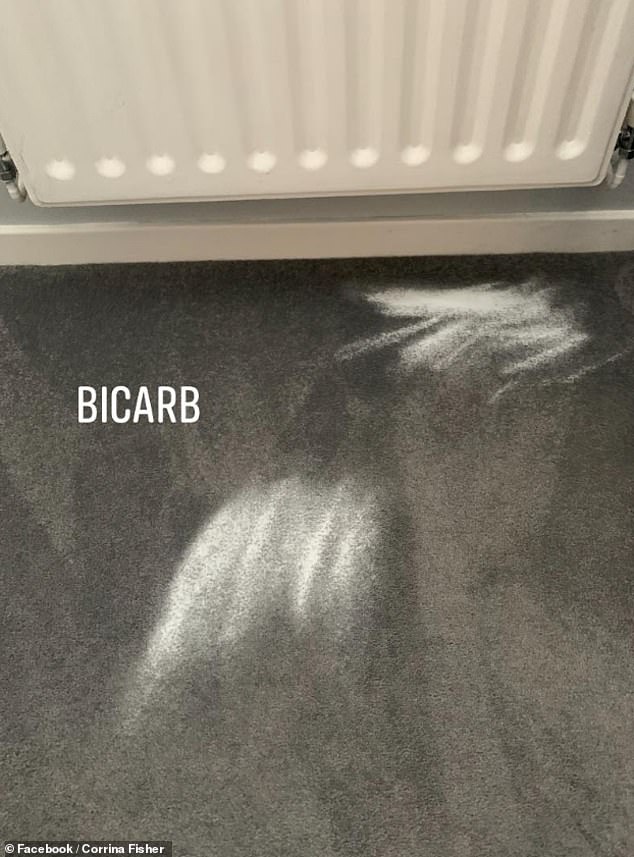 Cleaning-enthusiasts loved Corrna’s idea, with some joking she should join True Crime groups on Facebook

‘Mothers of boys will understand,’ she added.

Other tidying-up-fans were blown-away by Corrina’s trick, and some joked she should take up crime-solving as a hobby.

‘You should get yourself on the true crime pages,’ wrote one, while a second added: ‘Totally get this…brilliant…never realised I needed a UV torch in my life.’

A third wrote: ‘Absolutely love this post.. be careful where you use the light.’

Many mothers told how they were planning on investing in their own lamps for their children or toddlers who were potty training.

‘Wow what a great post! I feel like you have now shown everyone, that everyone should now own a UV light.. Women will be adding it too their Christmas list,’ commented one mother, while another penned: ‘I didn’t realise I needed a UV torch until right now … Its going on my Christmas list.’

Another added: ‘The next Mrs Hinch. Amazon will sell out of UV touch lights. Searching for one as we speak,’ while a further agreed: What a brilliant idea.’ 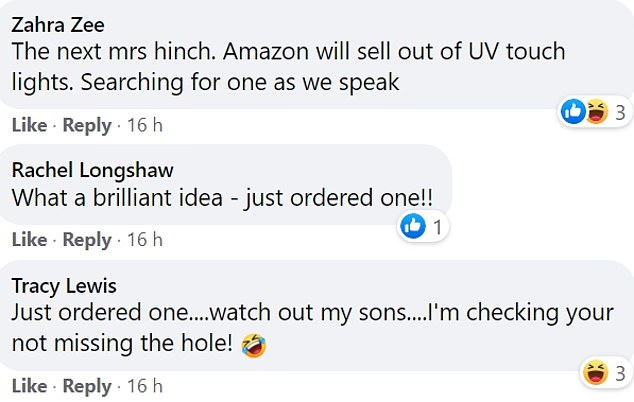 Other mothers vowed to buy their own UV lights, as others said they were adding them to their Christmas list