A mother who struggled to walk up stairs has lost 13 stone – more than half her body weight – in a year after discovering she was pre-diabetic.

Elaine Watson, 47, from Wigston, Cumbria, tipped the scales at 25st before embarking on an intensive weight loss programme which saw her consume just 600 calories a day – and she now weighs just 12 stone.

The mother, who has two adult children, has gone from a size 28 to a size 14, and has told how prior to her weight loss, she found it difficult getting out of the car and was even considering buying a mobility scooter to get around. 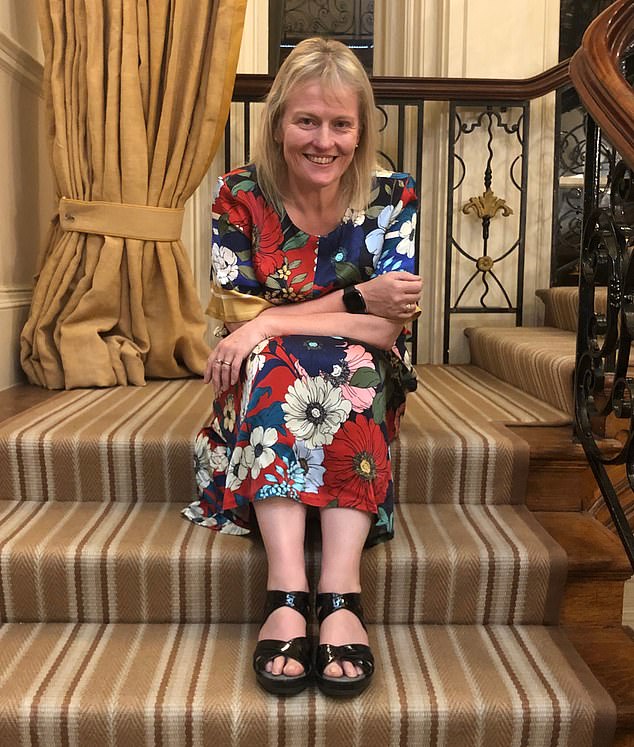 Elaine Watson, 47, from Wigston, Cumbria struggled to walk up the stairs before losing 13 stone in just one year 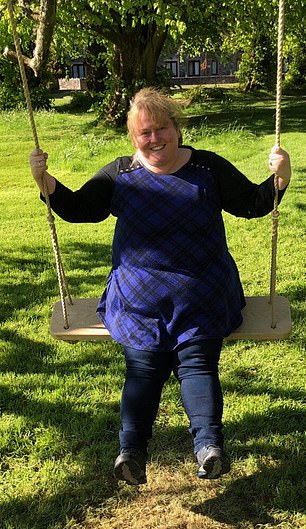 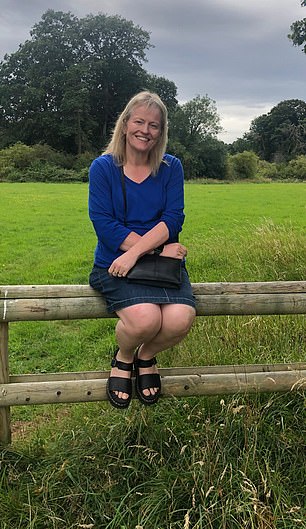 The mother, who has two adult children, transformed from a size 28 (left) to a size 14 (right) with the help of an intensive weight loss programme

She said: ‘I hated clothes shopping, getting out of the car, walking upstairs, being out of breath and of course having my photograph taken. I was thinking of buying a mobility scooter to get around.

‘My main reason for losing weight was a really painful foot and finding out I was pre-diabetic.’

Pre-diabetes means Elaine had a higher than normal blood sugar level, and while it wasn’t high enough to be considered type 2 diabetes, without a considerable lifestyle change, she would be far more likely to develop the condition.

‘I’d tried many diets in the past and was thinking of having gastric band surgery so this was a last-ditch attempt,’ she added. 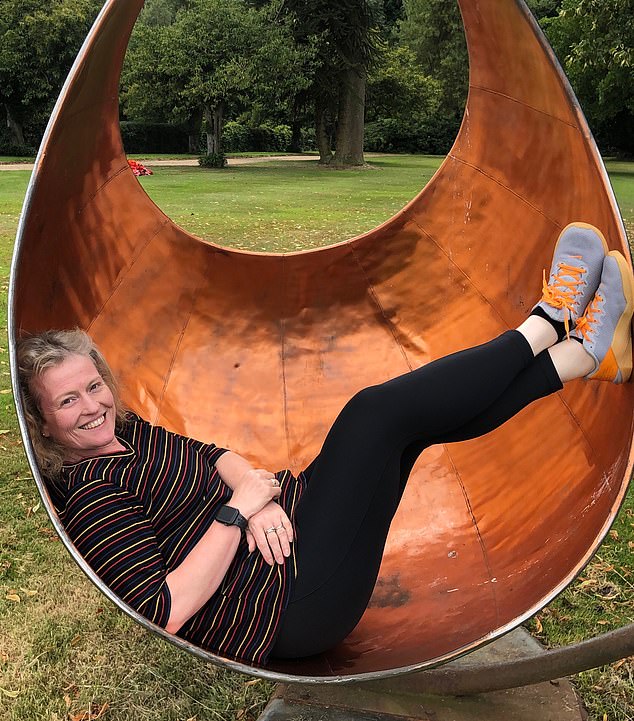 Elaine followed the Alevere Therapy programme, a weight loss method supervised by medical doctors at a network of private UK clinics, in order to lose 13 stone

Knowing she needed to drastically make a change, in 2019 Elaine started to attend the Silverlink Clinic in Carlisle for weekly appointments.

She followed the Alevere Therapy programme, a weight loss method supervised by medical doctors at a network of private UK clinics.

‘When I started the treatment last June I had a BMI of 56.2 and body fat percentage of 56.6,’ Elaine revealed.

‘But once I started the Alevere Therapy programme the weight started dropping off quite quickly which kept me going, although I probably never thought I would lose a whole 13 stone.’

Since losing weight Elaine feels ‘completely transformed’ and says she would have done it years ago if she’d known how energised she would feel as a result.

ELAINE’S DIET BEFORE AND AFTER

Lunch: McDonalds or sandwich or baguette or two sausage rolls

Drinks: Wine on the weekend only

‘I now look and feel like a different person,’ she admitted. ‘My body, my mind, it’s been a complete transformation and changed my life.

‘Had I known how much more alive I would feel I would have done it years ago.’

The Alevere diet is a 600 calorie, low carbohydrate diet combined with therapies, which costs a total of £250 per week, but Elaine insisted being healthy is ‘worth every penny’. 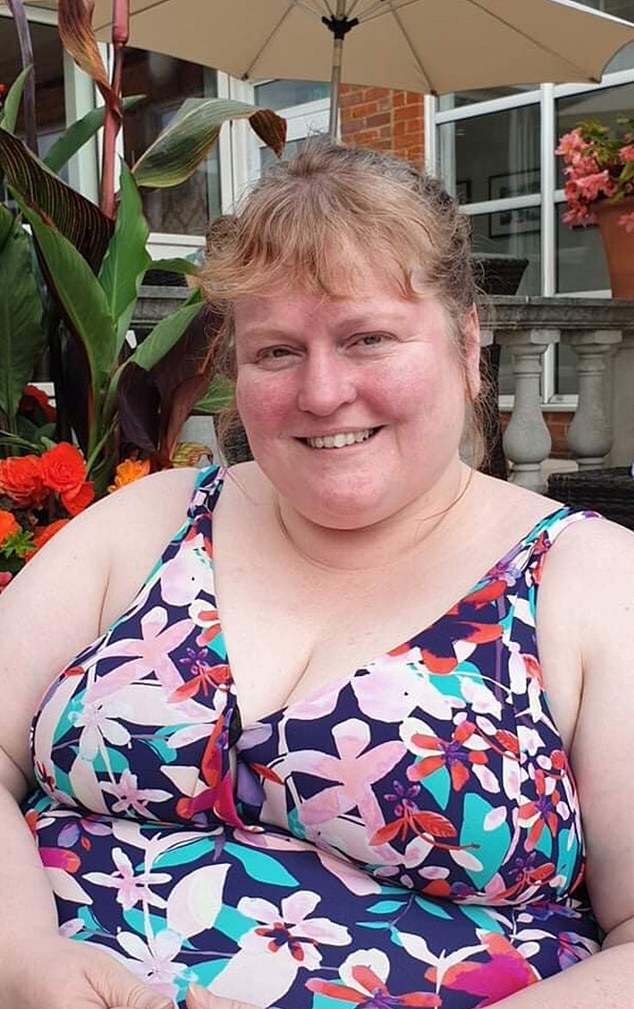 The mother told how prior to her weight loss, she found it difficult getting out of the car was even considering buying a mobility scooter to get around 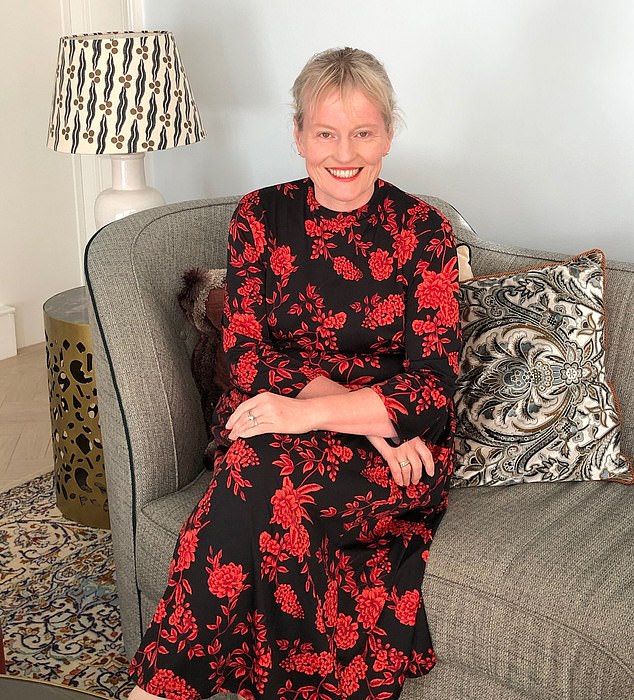 She admitted that while before she would be worried about sitting on a bar stool, she has found a brand new lease of life, even climbing England’s highest mountain, Scafell Pike.

‘It’s worth every penny to be healthy,’ she said. ‘I am no longer pre-diabetic and my foot doesn’t hurt.

‘I can now sit on bar stools and chairs without worrying and buy clothes I would only have dreamt of wearing before.