A cash-strapped mother who started a greeting cards company with just £30 in the bank now turns over £1.5million a year.

Graphic designer Stacey Dennis, 33, of Pontefract, West Yorkshire, launched Love Layla Designs in 2015 after her breadwinner husband Jay, 38, suffered a back injury that left him unable to work – leaving the family without an income.

Desperate to rescue her family from their precarious situation, Stacey, who had been taking odd freelance graphic design commissions, came up with the idea of creating her own range of cheeky Valentine’s Day cards. 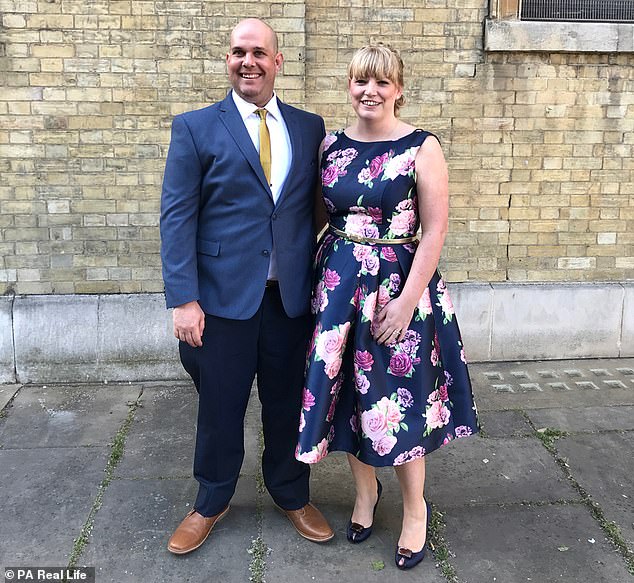 Graphic designer Stacey Dennis, 33, of Pontefract, West Yorkshire, launched Love Layla Designs in 2015 after her breadwinner husband Jay, 38, pictured together, suffered a back injury that left him unable to work – leaving the family without an income 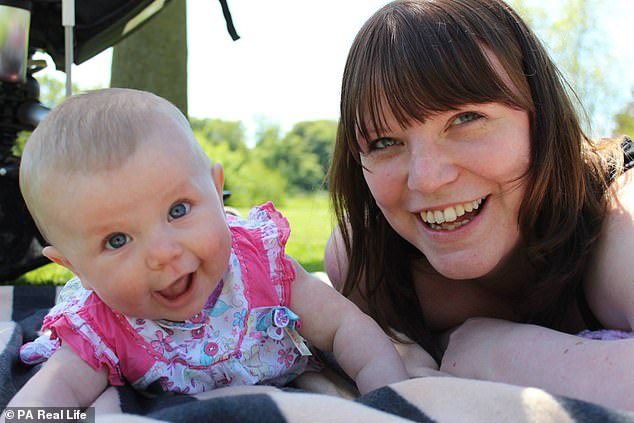 Desperate to rescue her family from their precarious situation, Stacey, who had been taking odd freelance graphic design commissions, came up with the idea of creating her own range of cheeky Valentine’s Day cards. She named the company after daughter Layla, pictured 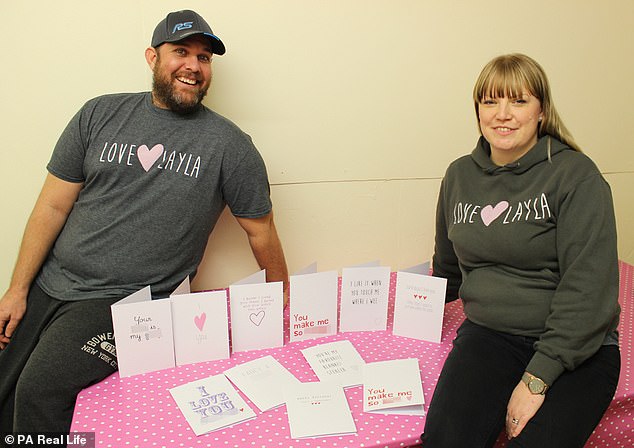 The company – which now turns over £1.5million a year – is known for their cheeky slogans. Pictured, Stacey and Jay with a selection of their cards

The designs took off immediately. Within the first year the company had sold 10,000 cards.

‘We never meant to build a business. It started out as a way of making some extra cash to put food in our bellies and put the heating on,’ Stacey explained.

The mother-of-one was made redundant from her permanent graphic design role in 2013, shortly before she was due to take maternity leave. 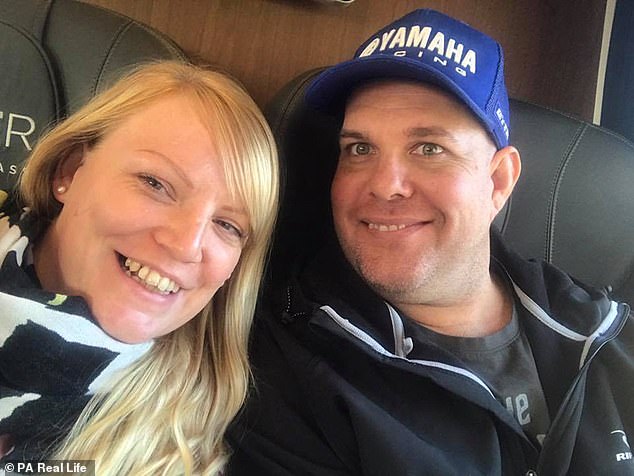 She explained: ‘When I was made redundant, the company dealt with it really well, and did everything legally, making sure I had enough support.

‘But it was still really quite hard. I’d been settled in that job and was just about to become a mum for the first time. 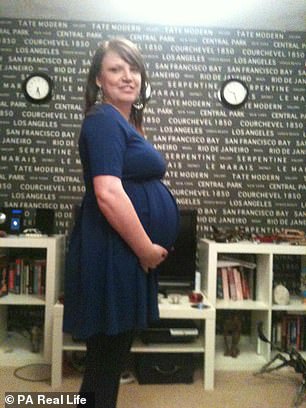 ‘Once Layla was born, I looked at trying to find a job that could fit in with childcare, but I also didn’t want to rush back to work given that I had a new baby.’

Stacey started taking freelance graphic design work, which brought in some extra cash, but the family were plunged into financial uncertainty when self-employed labourer Jay injured his back and had to give up work.

Stacey continued: ‘We suddenly had literally no income. I’d been getting little bits of work here and there, but not enough to keep us going.

With Valentine’s Day approaching, Stacey decided to turn her hand to cards. 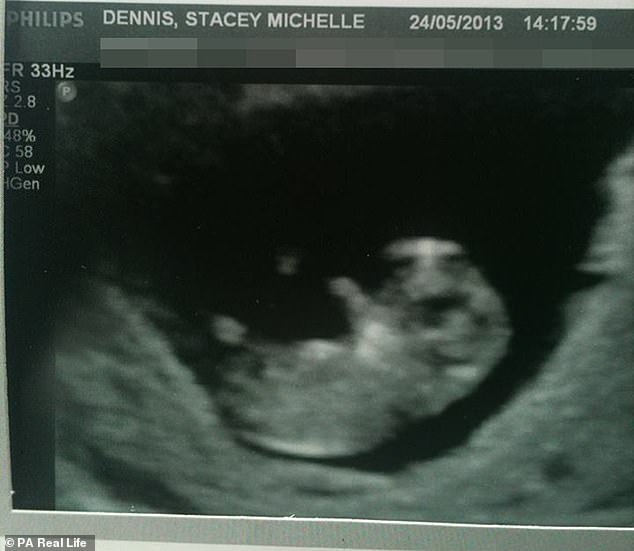 ‘I started out by selling on sites like eBay at Etsy. I designed the cards all myself on an ancient computer in our dining room, then would print them out and walk with Layla down to the Post Office.

‘Jay is really good with numbers, so he offered to help out with that side of things. We also set about teaching ourselves all about social media, and Facebook advertising.

The couple were even able to pay back Stacey’s mother’s £1,000 loan in just two weeks. 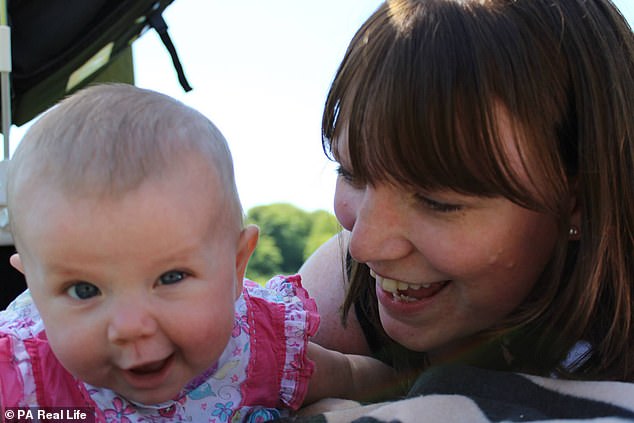 After their Valentine’s Day range hit the spot, next came a selection of about 30 Mother’s Day card designs.

‘We sold about 10,000 cards in total,’ said Stacey, proudly. ‘It was at that point that I realised we needed our own website.

‘So, I sat myself down and got up a YouTube video on how to build a website. Looking back, it was the most basic website ever, but within a year of having it, we’d turned over £1million.’

The couple, who run the company full-time and have two employees, also created a poignant range of cards aimed at people battling cancer and mental health issues, with slogans like ‘Cancer is a big C’ and ‘you’re not alone’. 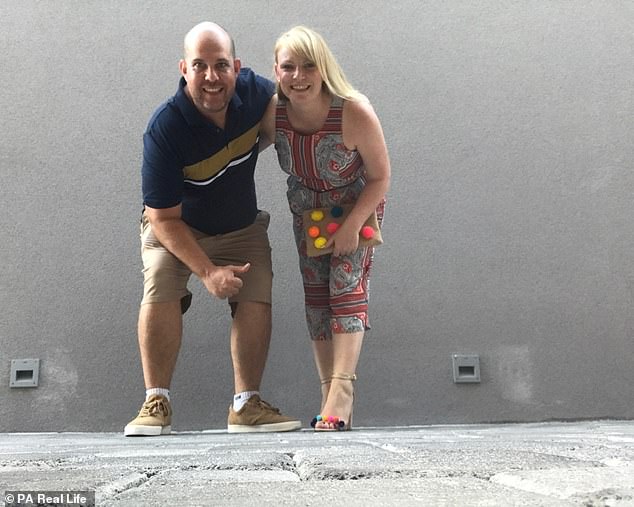 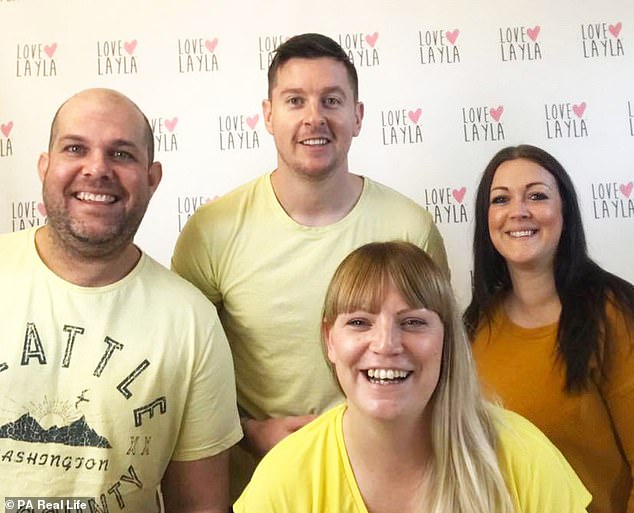 Stacey continued: ‘Whenever we get a sale, I do feel sad and think, ‘That means someone out there is having a really bad time,’ but then I hope that our card has been able to cheer them up and give them a laugh at a time where it may feel like there isn’t a whole lot to laugh about.’

The couple still have not had any external investment and keep the business going by re-invested money made.

She added: ‘We aren’t greedy people so don’t see the need to pay ourselves huge wages – well, except when it comes to buying shoes and bags.’

As Love Layla Designs moves towards its firth birthday in 2020, Stacey continues to marvel at how much her life has changed.

She concluded: ‘If you’d have told me back when I had just £30 to my name that I would one day be turning over £1.5m, I wouldn’t have believed it.